As a child, comic books were my religion and Batman was my messiah. The first issue I read was Detective Comics #514, a Maxie Zeus one off, and I never looked back. I dreamed (when not having night terrors that is) of being Batman. I planned how I could one day get the needed training, come into money, get the proper education, develop OCD, etc. It was going to be so awesome. 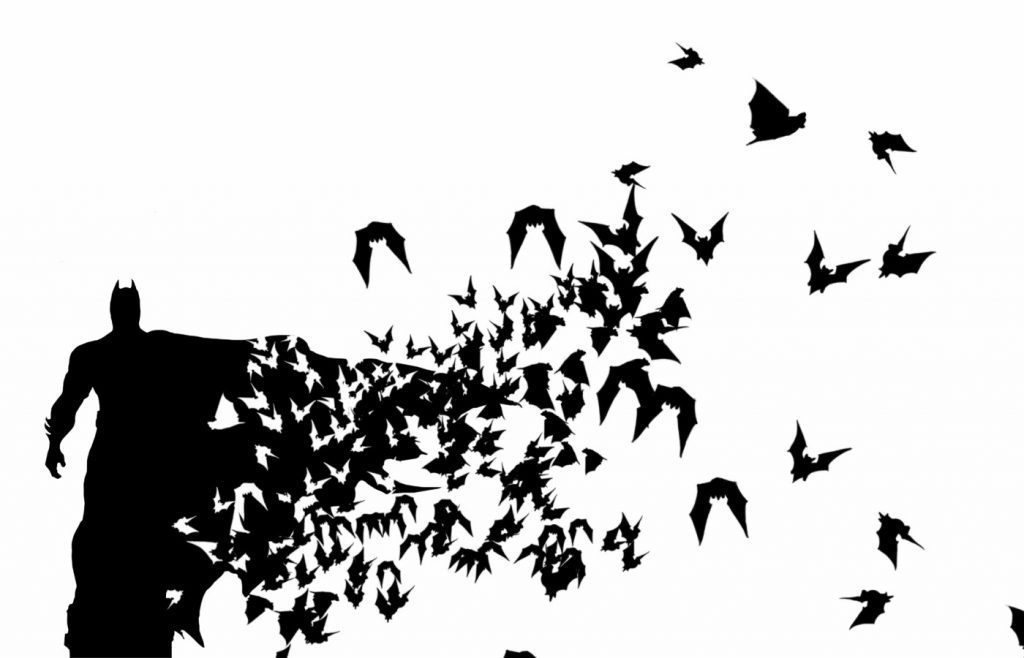 Then I read The Killing Joke and realized that while I love and respect the Dark Knight, there’s no way you could pay me to be him. Much like a firefighter or a heart surgeon, I became comfortable with the fact that he existed (albeit in fiction) and there’s no way in hell I wanted any part of it.

I slowly realized that there were other factors besides all the cash, flashy gear, brutal murder of ones parents in front of you outside of a playhouse, and super technology that made Batman Batman. 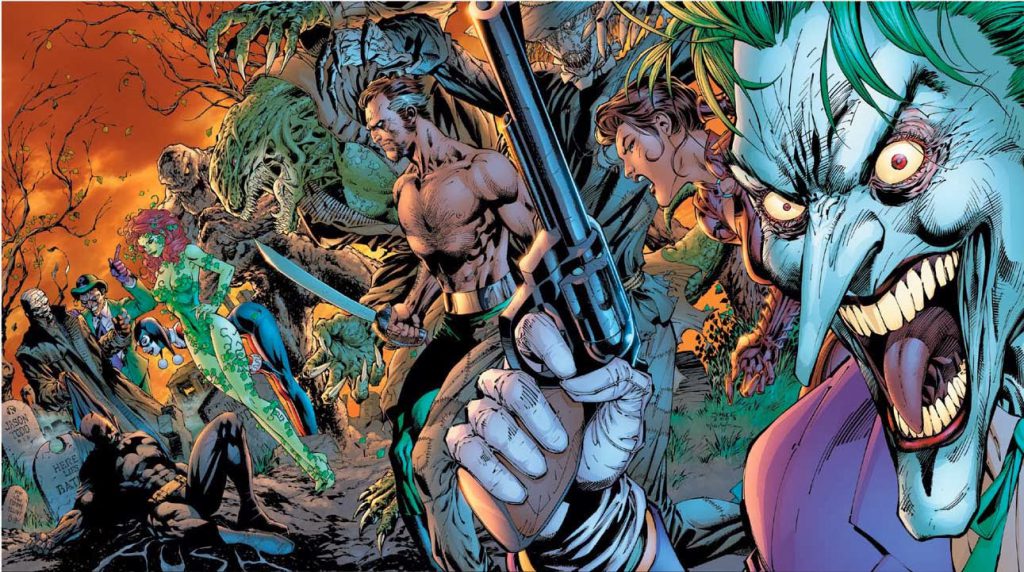 A hero is judged by his villains and the Rogue’s Gallery makes Batman numero uno. Unlike most superheroes who deal with the occasional team-up of the villainous and super powered, Batman is constantly facing a slew of adversaries who could strike at any moment. Beyond the major players like the Joker, the Scarecrow, Killer Crock, and the League Of Shadows, Batman also has lesser villains and regular criminals roaming the streets that the G.C.P.D. can’t, or won’t, take care of.

But crime isn’t the only villain in Batman’s life. Beyond James Gordon and a small handful of well-wishers, he has an entire police force working against him, a blue shield who have deemed him a menace to the city. Now, couple that with a criminally inept mental health system which allows literal super villains to be released from mental institutions on a semi-daily basis, and you are looking at very long, painfully brutal days and nights.

It would seriously suck to be Batman. Picture it: One moment you’re stopping the Joker from bombing an orphanage, dodging the police and trying to save your own ass when a moment later Arkham deems the Mad Hatter, Bane, and the Riddler sane enough to be released.

It also doesn’t help that the majority of Batman’s actual enemies are criminally insane and feel a symbiotic relationship with the Caped Crusader, often blaming him and his existence for their actions. There’s no shortage of criminal in Gotham City and Batman has to quell them all, up until recently, single handedly.

TWO: THE HUMANITY PART 1: THE INJURIES 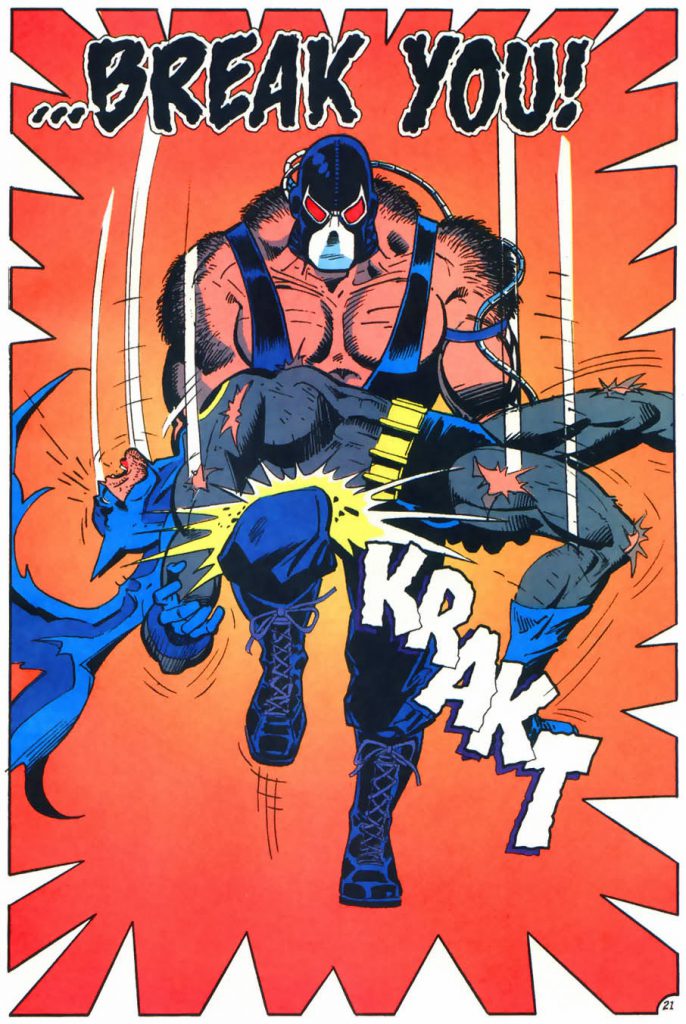 Batman does not have the luxury of actual super powers. His only powers are an endless cash flow, superior training, and his remarkable will to live fueled by an unholy vengeance against evil. Luckily for the Bat, he has so much money because while he gets bonus points in badassery for being human, he’s also going to accumulate a WWE level of traumatic injuries. Batman is out every single night fighting crime. We aren’t talking about standard crime like muggers and drunks; we mean real crime, perpetrated by a host of criminals who have the balls to not only jazz-up Gotham City, but also battle heroes with actual super powers. Not to mention that the city has a Baltimore level of standard crime, and judging by the books, a LOT of guns (last I checked Batman didn’t have mouth armor).

The toll that fighting every single night takes on the human body is devastating, especially when it’s teamed with lack of sleep, presumably horrendous eating habits, and little water intake (I don’t think I’ve ever seen Batman drink). Batman’s physical health is a ticking time bomb, and that’s only the half of it. Which leads me to…

THREE: THE HUMANITY PART 2: THE INSANITY 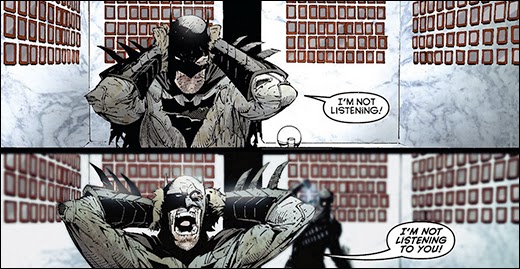 The mental state of Batman is well documented and is a textbook case of a mental breakdown waiting to happen. Beyond the nightly freak fest he is forced to deal with (and the physical stress that comes with it), Batman came from a childhood trauma; a trauma so severe and violent that it shaped his entire existence. His whole life is based on vengeance (although at times there’s a thin line between vengeance and revenge) and growing up in a crime laden city like Gotham, raised by a surrogate father of advancing age, and an impassioned rage has left Batman, well, damaged.

So we have a mentally scarred (not unstable) individual who has chosen to surround himself with death on a daily and nightly basis. At some point, there’s going to be P.T.S.D. There HAS TO BE. Batman sees more bodies than a forensic photographer. He is generally first on the scene in any incident taking place in Gotham, and unlike standard police, these aren’t your average murders or accidents (but he sees those as well). Each criminal has a unique and vile way of leaving their mark and Batman has to see, and store, all of them. It’s only so long before the shell starts to crack and the twisted faces of the Joker’s victims start showing up when the lights are on.  Speaking of the Joker’s victims…

FOUR: THE HUMANITY PART 3: THE JOKER 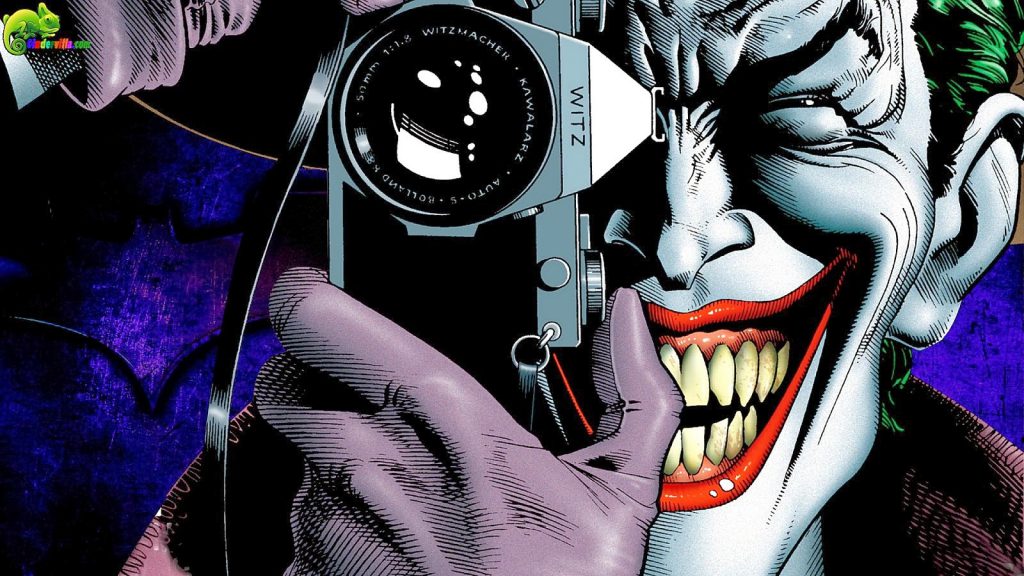 There is no way that the Joker can be lumped into the fold of standard villains, super or otherwise: he is the polar opposite of Batman but so similar in many ways. The Joker is responsible for the bulk of major atrocities that have befallen the Bat and is deserved of an entry all to himself.

A murderous, criminally insane lunatic with no moral compass who is completely out of fucks to give; the Joker is a major reason for the emotional, mental, and physical deterioration of Batman. He’s murdered Robin (Jason Todd), Commissioner Gordon’s wife, and crippled and dehumanized Batgirl.  His body count throughout the city (and world) is legendary and he’s the one constant thorn in the side of the Caped Crusader. Depending on which version of the Joker you’re speaking of, his motives range from trying to get Batman’s attention, blaming Batman, or being beyond criminally insane and still having a direct link to Batman. He intentionally pushes the edge of the envelope with every new scheme in an attempt to break the Bat, and if anyone is going to, this is your guy.

FIVE: THE HUMANITY PART 4: THE BURDEN

While everything can link back to the consistent trials placed on Batman physically and mentally, it’s the burden that is his greatest cross to bear. Being a lone crime fighter who is hated by many, trusted with so many lives by others, and is blamed for the creation of some of comics most notorious devils is a huge weight to have on your shoulders. Every life that’s lost in Gotham can be linked to Batman. Robin’s death, Barbara Gordon’s paralysis and assault, the constant hostage situations and murders to get his attention, it all comes back to him. Batman is just a man. A remarkable one, sure, but he has the weight of not just the world (when he rolls with the JLA) but also a handful of trusted comrades who place their lives in his capable hands on a daily basis. The weight of burden upon him is crushing, but he handles it admirably.

I do not envy Batman, I respect Batman; and as a child of 33 years, I don’t want to grow up (further) to be him anymore.

In this article:Batman, Psychology/Self-Help, Top List, Written by Rick Laprade