Most of my columns have been primers about particular movie subgenres, but I thought people might enjoy some columns that are more thematic.

My territory comprises sci-fi, fantasy, and horror classics – all such movies made from 1902-1982 – and it’s fun to find patterns within this territory.

Previously, I wrote about mad doctor movies that had the doctors’ names in their titles.

Now, how about a list of horror movies titled according to ownership by Satan?

Here they are, alphabetically.  I originally planned a list of six (you know, because of 666), but nine such movies were released in our timeframe, so here we go.

And a nine is an inverted six anyway.

I comment further on each of these movies in my Claws & Saucers guidebook, but I hope you’ll enjoy my brief comments here.  Note: several of the links are NSFW. 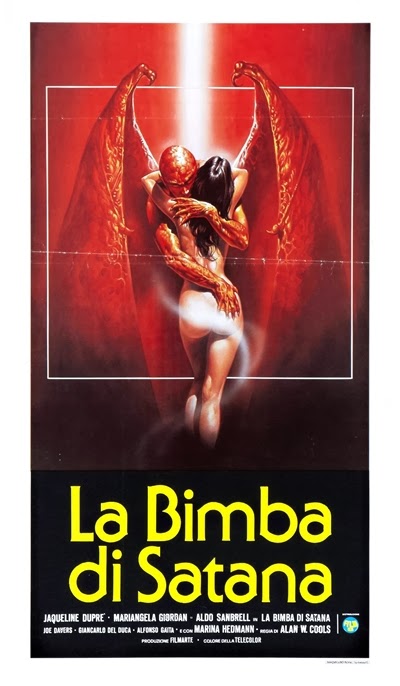 Here’s a remake of the Eurosleaze classic MALABIMBA, which was released just three years earlier.  Whereas MALABIMBA is all about the sex, SATAN’S BABY DOLL is partly about the sex but also about horror and gore, not to mention some narrative ambiguity.  It’s mostly an excuse to watch a blonde teenager get possessed by an evil spirit and start seducing everyone around her.  It’s no MALABIMBA, but I imagine Satan was still happy with the result. 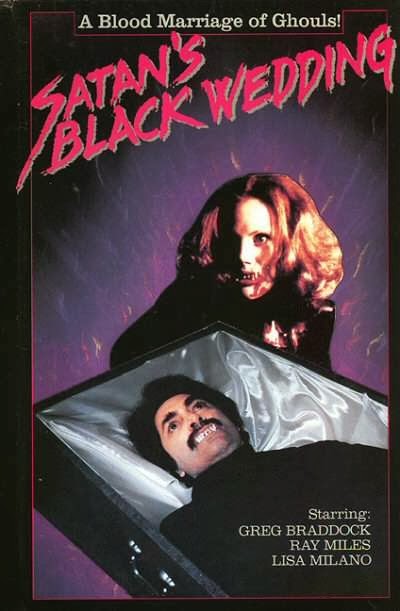 It’s really about a vampire priest and his vampire nun followers, but they seem to worship Satan, so it’s all good.  The movie itself is basically a tame exploitation flick shot near San Francisco on a shoestring budget.  If you liked MANOS: THE HANDS OF FATE, then you’ll love SATAN’S BLACK WEDDING.  The vampire priest even looks like Edgar Allan Poe! 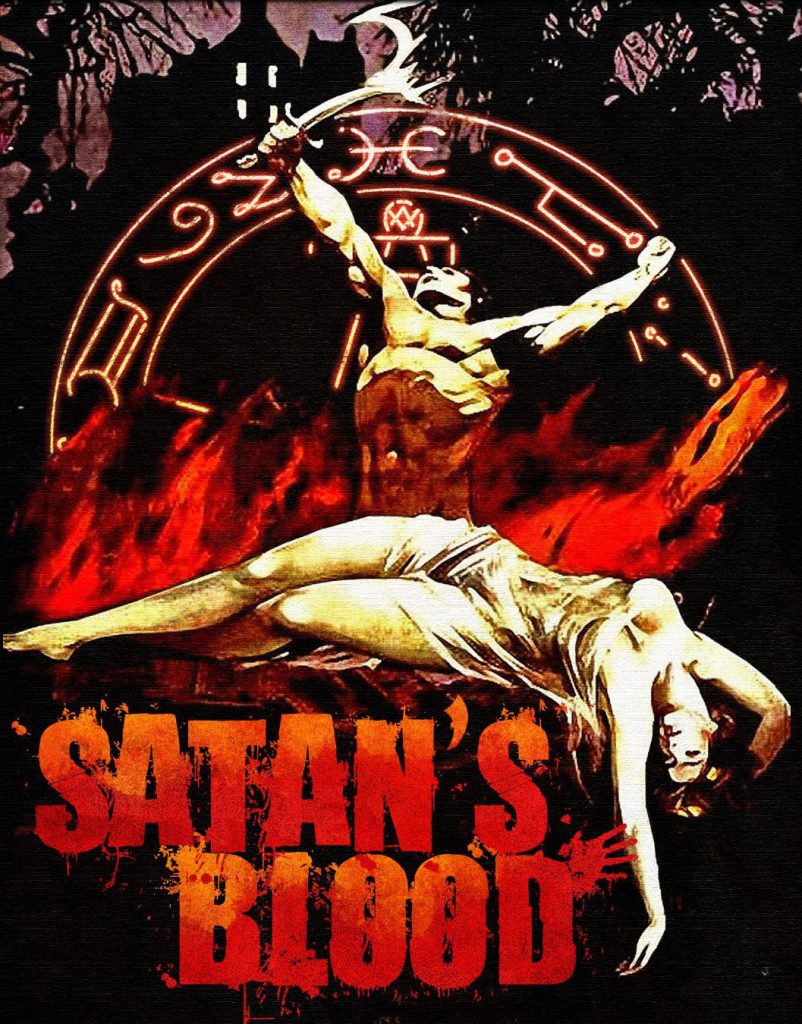 When General Franco died in 1975 and censorship was abolished in 1977, Spanish filmmakers fell over themselves to depict sex and gore.  Here’s the very first such film, a tongue-in-cheek depiction of a sweet young couple seduced (literally and figuratively) by a bunch of Satanists at a villa.  Watch it as a joke, and don’t mind the doll that suddenly comes to life and starts walking. 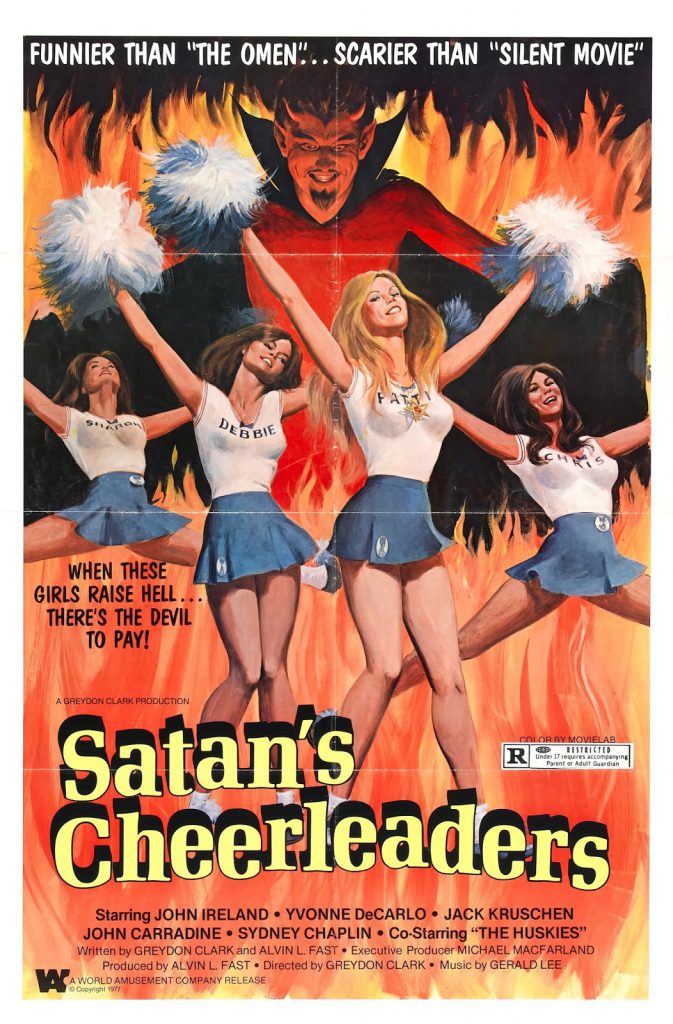 You’d expect something with such a title to be a sucky campfest.  But, amazingly, this is a well-written and sometimes eerie and suspenseful story about teens abducted for a Black Mass sacrifice.  Instead of cheap nudity, we get intelligent dialogue and realistic characters.  Debra Hill (HALLOWEEN) co-wrote the script. 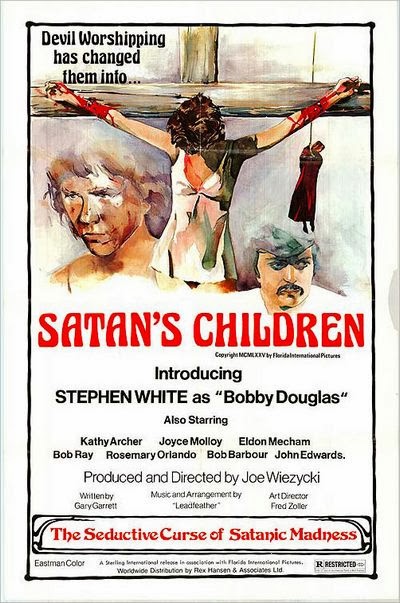 Satan is apparently very selective about who gets to join his little collectives, because this movie’s Manson-like villain keeps blocking everybody’s way.  “You’re a loser!” he tells one applicant.  “Satan wants winners!”  The movie itself is a cheap and annoying exploitationer.  But the first parts are good for camp. 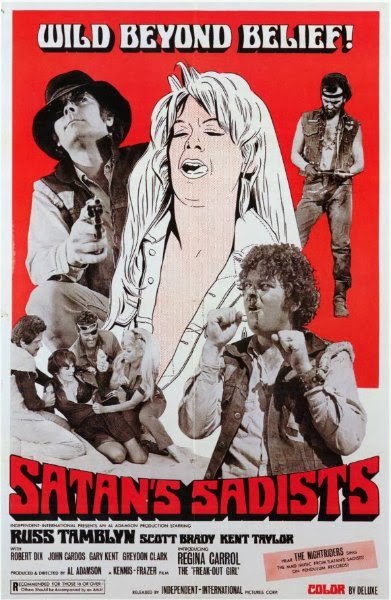 I’m no expert on biker movies, but I’m told that this is one of the sickest and most extreme.  It’s got rapes, murders, and, yeah, sadism.  “By the time I was 12,” goes the theme song, “I was killing, killing for Satan.”  Satan’s minions are evil bikers here, but even evil bikers might have motivations, and feelings of guilt, for what they do.  Underrated actors like Russ Tamblyn (TOM THUMB) and Scott Brady (GREMLINS) are a plus. 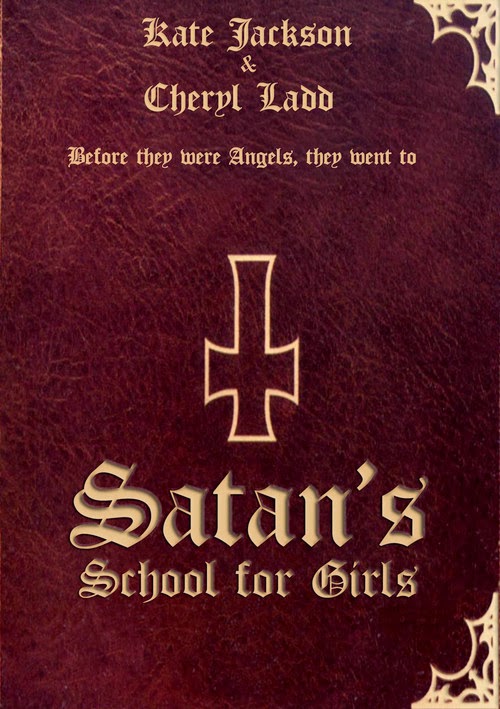 Remember the original CHARLIE’S ANGELS TV show?  Well, two of those angels – Kate Jackson and Cheryl Ladd – appear in this middling TV movie about a school run by witches (in Salem, no less) who try to drive their students to suicide.  Neither of the future angels gets to do anything sexy.  Both the movie and the school would have to be considered among Satan’s less successful projects.  But there is a spooky atmosphere that makes it worth a look. 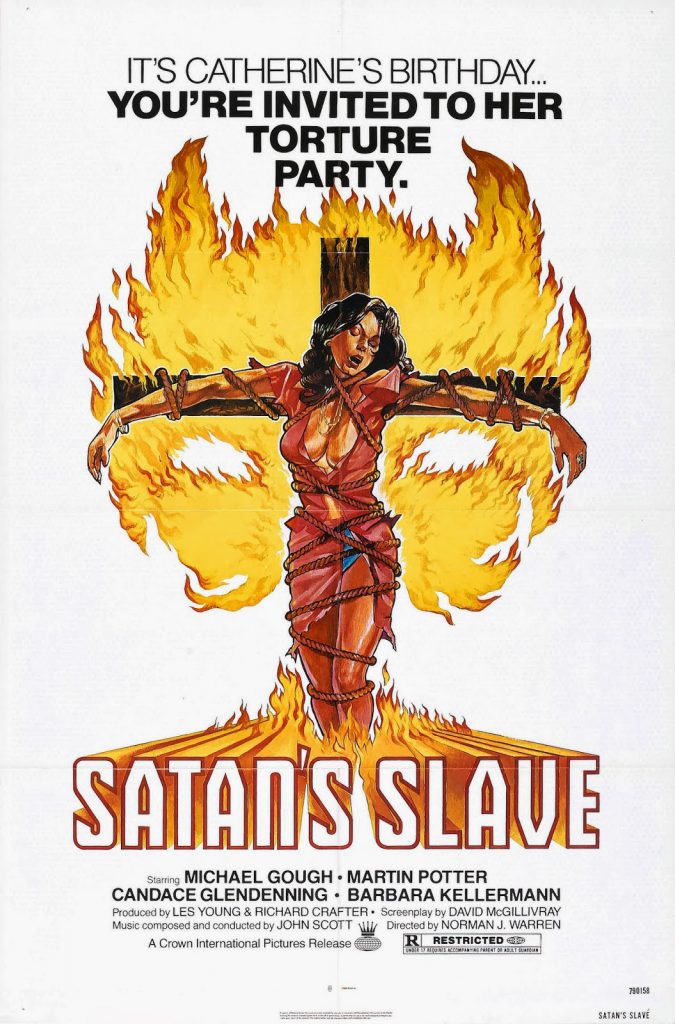 Here’s a surprisingly good and sleazy exploitation film made at the tail end of the grindhouse era.  Genre film stalwart Michael Gough plays a worshipper of Satan who traps his niece in his country manor house, hoping to initiate her.  But she’s a budding psychic, so who knows how she will fare?  Good Black Mass scenes in this one. 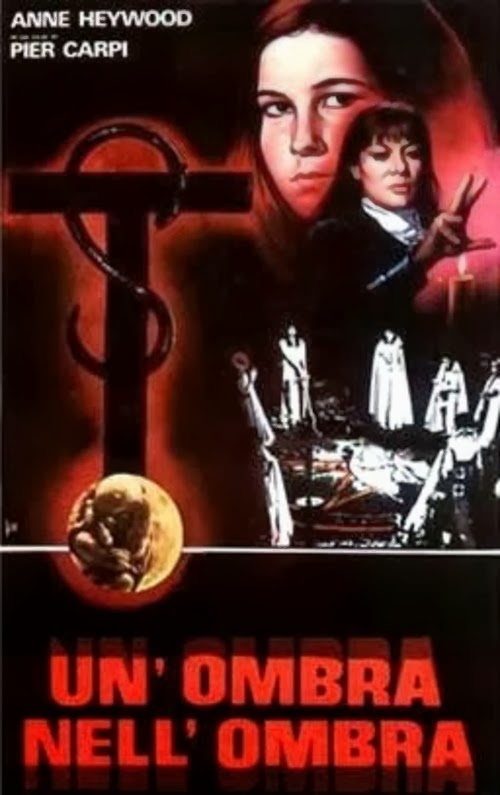 You’d expect that lusty old devil to have many wives, no?  And so it is here, as a group of women who had pledged themselves to Satan when younger must now, as adult mothers, come to terms with their past mistakes.  The new coven members actually team up with a priest to help these former coven members save their (sexy) daughters.  It’s the most harmless coven I’ve ever seen on film.  But what will Satan think?