I’m fortunate enough to have made some friends online that live on the other side of the planet!

Aussie Writer Ryan K. Linsday (My Little Pony, Fatherhood, Ghost Town) burns the rubber of off his Converse in this edition of the Cosmic Treadmill to talk about Headspace from Monkeybrain, which was released today.

The book features an imaginative world full of bartending dogs, fear monsters and other creeps. But that’s not all, in this Take on Me twist, the other half of the story exists in the real world. 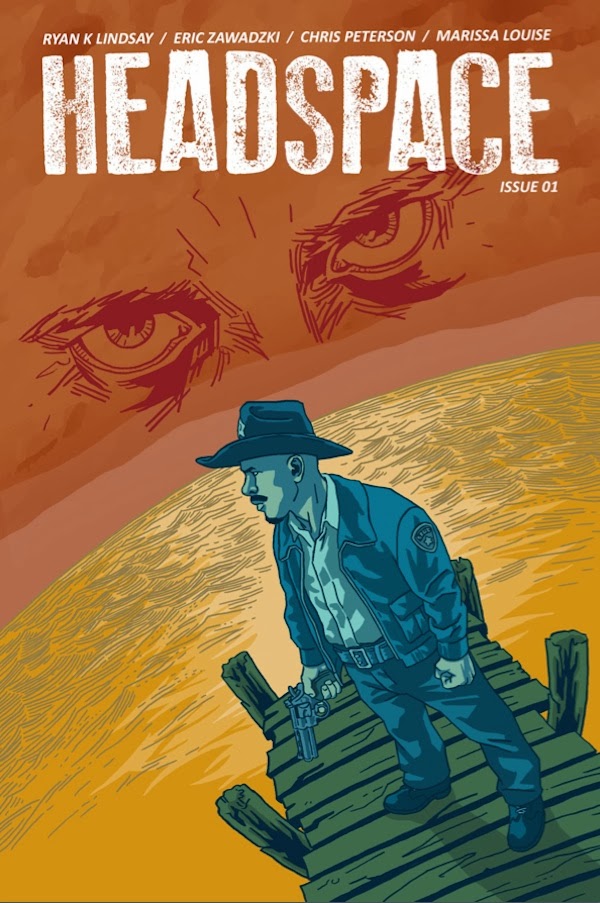 To call this Inception meets They Live will either delight or offend Ryan. Find out after the jump!

FOG!: Thanks for joining us today, Ryan! Care to tell us the quick elevator pitch for Headspace?

Ryan K. Lindsay: A strange town full of unfulfilled people suddenly discover they are actually in the mind of a killer and they had forgotten the real world and their old lives. Cue the sheriff, Shane, hustling to get back to his old life but finding that a killer’s brain throws up more roadblocks than you want it to. 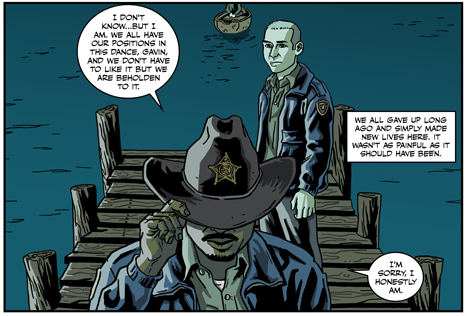 Is it safe to say this is a far cry from your awesome My Little Pony: Rainbow Dash Micro-Series #2. What other work is out there from the brain of Ryan K Lindsay?

Headspace is the polar opposite from my MLP glory days, definitely. That was candy and fun and kooky whereas this book is warped and dark and emotionally destructive…and a little kooky at times.

I’m trying hard to not just tell the same stories with different dressings. I’ve written all age and now very mature age. I wrote a bittersweet emotional tale in Fatherhood and coming up I’ve got a straight paperback pulp crime story, a weird anthropomorphic crime/journalism tale, a kung fu revenge tale, and I’m now plotting out a large scale political espionage tale. I like to try new things.

Is this a re-branding of the book? What is your association with Monkeybrain?

Monkeybrain have been glorious enough to pick us up, let us tell our tale, and then ride their coattails into peoples’ iDevices. Allison Baker and Chris Roberson – the dazzling minds and publishers behind Monkeybrain Comics – are just two of the best people in the industry and Headspace, as it is about to be unleashed, would not have existed without them.

Shane’s world is like ours but fantastical, with talking dog bartenders and dragons. Meanwhile, Max is in the real world on the run and seeing signs like in They Live. Will the next issues bridge the gap between the two worlds? 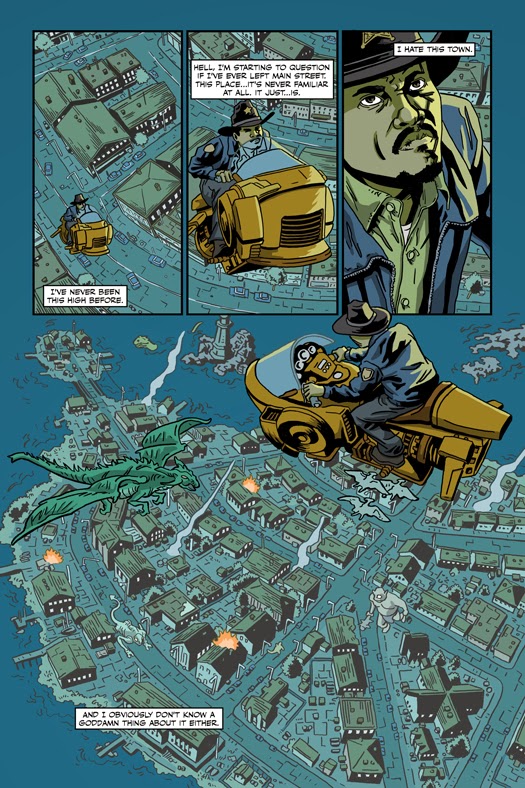 The gap will slowly be bridged, absolutely. Where, when, and how that happens…well, I don’t want to spoil it. There are slices of information constantly given throughout each issue, but sometimes I leave it up to you to piece them together at first. I want you to have a shot at building your end of this narrative before I finish construction.

Though top marks on the They Live comparison, that has made me smile.

How has the response been so far to Headspace?

Staggering. People have been really supportive, from the luminous industry mates dropping lovely quotes or art for us to the random tweets I’ve gotten from rad readers excited in the prelaunch phase. I think the concept has struck a chord and then the art from Eric Zawadzki, Chris Peterson, and Marissa Louise’s colors have won over a lot of people.

I honestly couldn’t have even hoped for such a positive response. 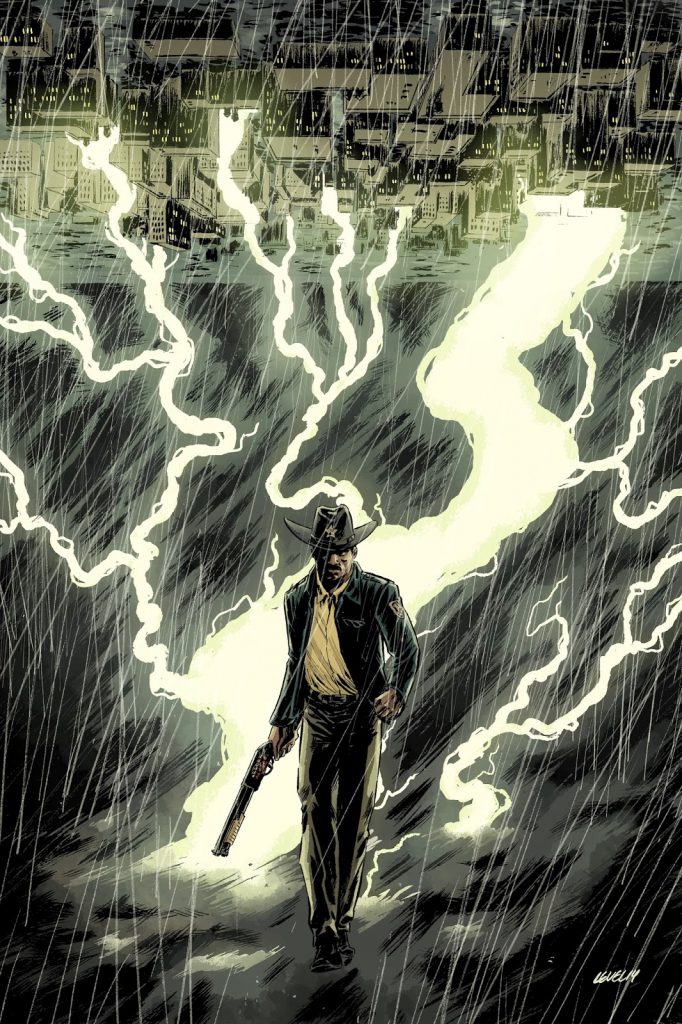 Where can we find the book online and get updates? Your blog seems pretty active and you are not afraid to tweet!

You can get Headspace book specific details at the tumblr – headspacecomic.tumblr.com – and there you’ll find all sorts of process snippets, sneak peeks, rad art, and cereal box prizes.

My site – ryanklindsay.com – is a place where I drop my own serious updates as well as the odd rant/essay. I also run a tumblr – ryanklindsay.tumblr.com – which is like if you used the Head Key on me and looked inside.

As for me and Twitter, ha, yeah, I love it. That interaction, that format, everything about it is what I love. And I try to tweet what I want to read from others I respect but I’m certain I go off those rails daily.

OK, Ryan. One last question—would you trust a dog to serve you a drink or would you demand to see his papers, be that a bartender’s diploma or immunization charts?

Dogs drink from filthy bowls. I’ve seen it. And they lick their own junk on the reg. So what I’m saying is, I’ve certainly bought and consumed beverages from worse places so, sure, why not?

Thanks for having me around, mate.