Hey people! Here we are at the end of the road until the Tony awards.

I’ve been super busy so I missed the red carpet bullshit for the previous 8 hours, AND I had to work so I’m watching the show on my BFF Claire’s DVR.

Ellen, wearing a deep blue, sparkly tux jacket with a blouse, which is kinda cool. 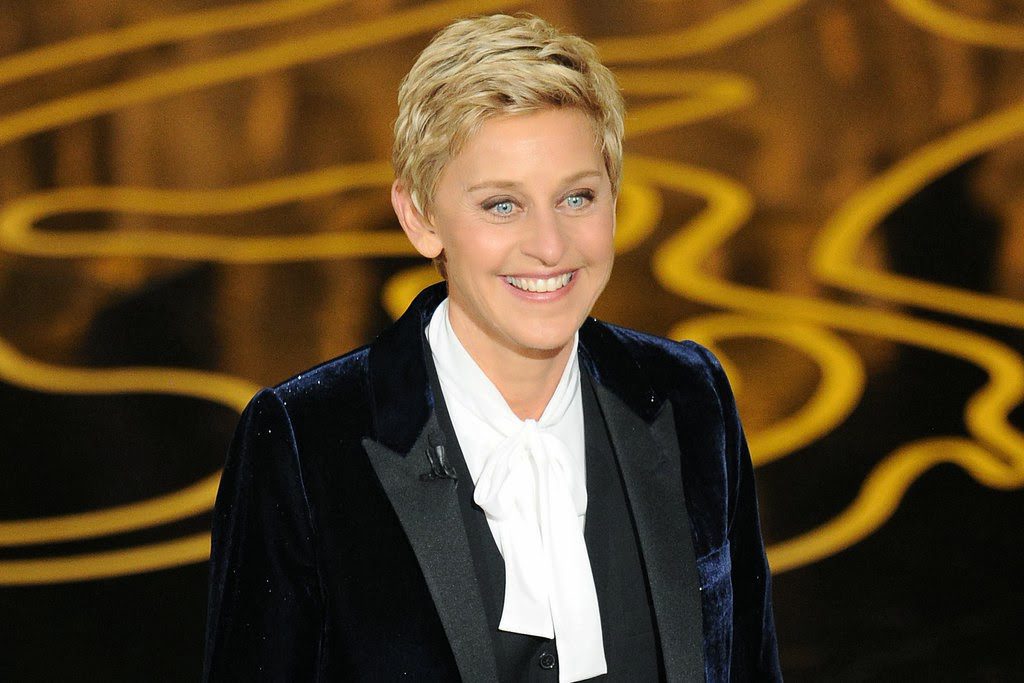 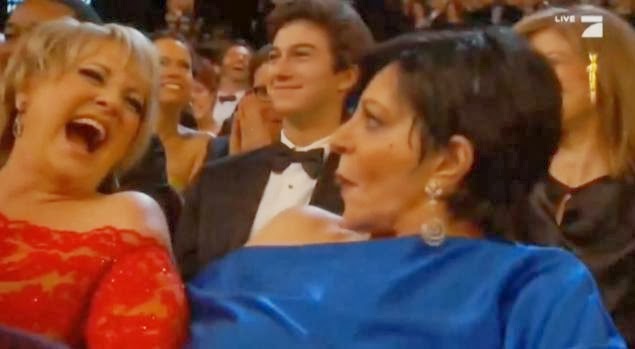 Ellen busting on Jennifer Lawrence, who tripped on the red carpet earlier tonight. Remember her, she tripped up going up the steps to get her Oscar last year.

The rest of it was funny, but I sped through it. 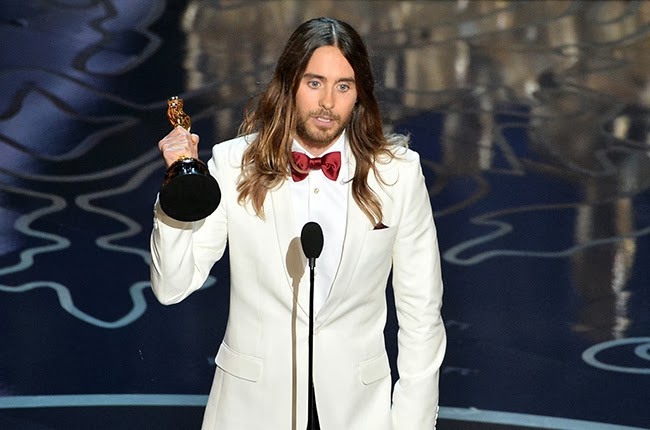 Way to go Jordan! OY, his brother has way too much Botox going on. Great speech Jared!

Look, Jim Carey! Where has he been? Good to have you back dude.

Nice sneakers. MUCH better than that horrible red carpet look, where he had on a tux with knickers or shorts, or some shit…and his wife was in Colonel Sanders drag. Horrible. 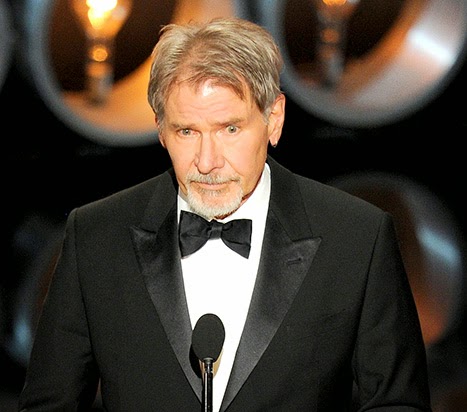 He seems a little woozy. Still a hunk!

KIM NOVAK! What is she wearing? 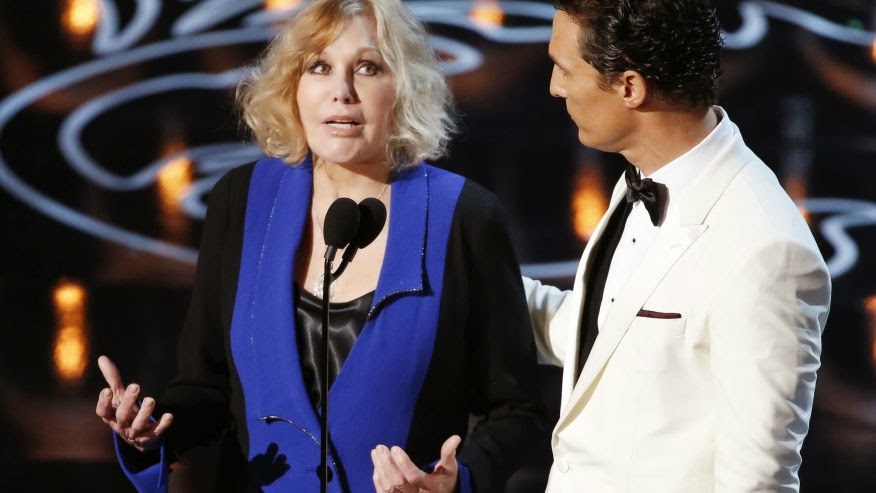 Oh her face. Where has she been?

Nice job Karen O. Why did you take your shoes off? 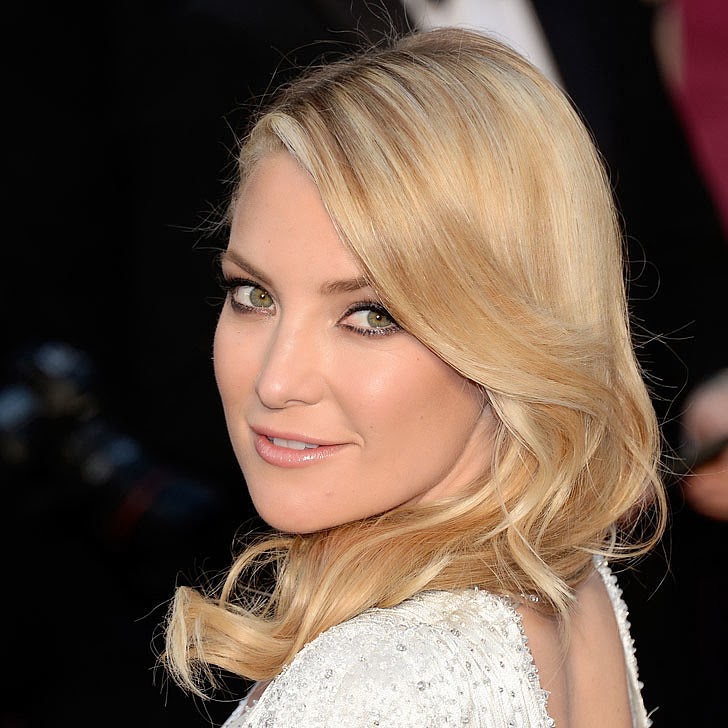 What happened to her face? 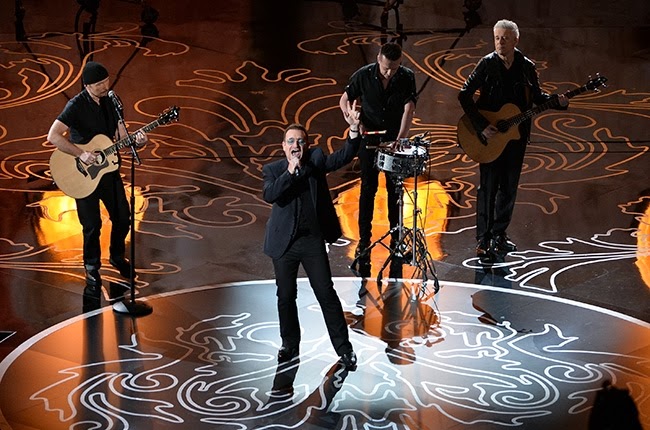 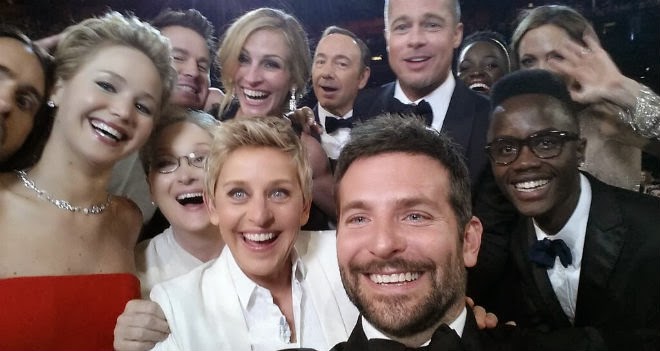 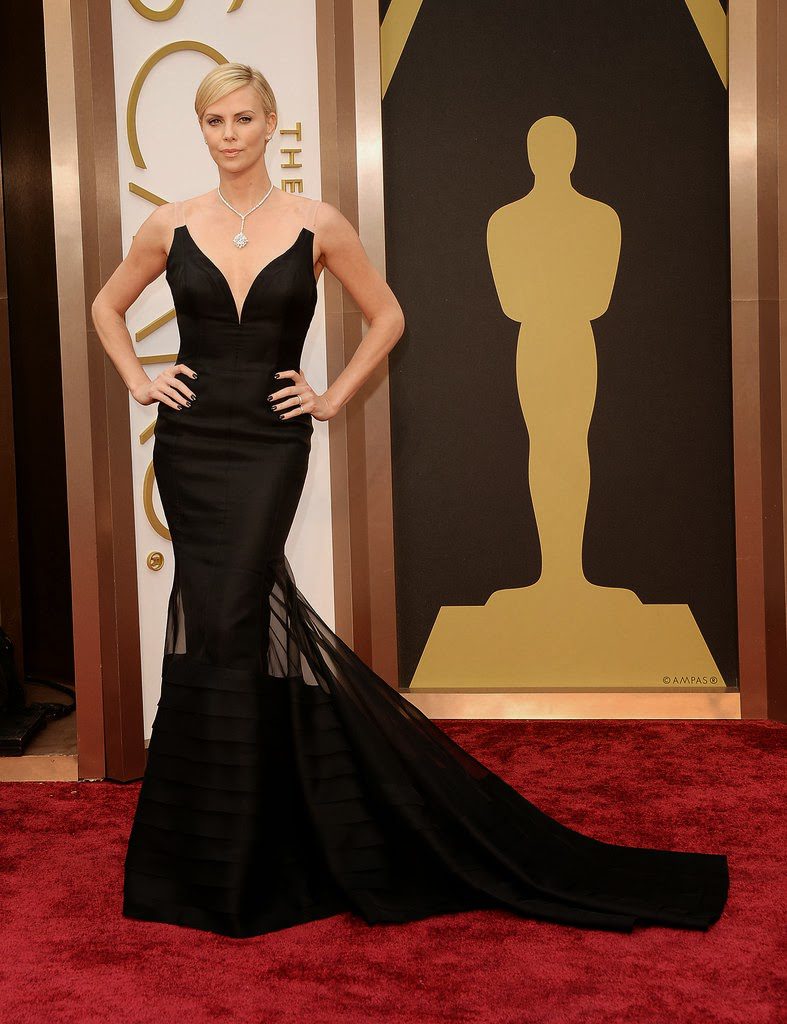 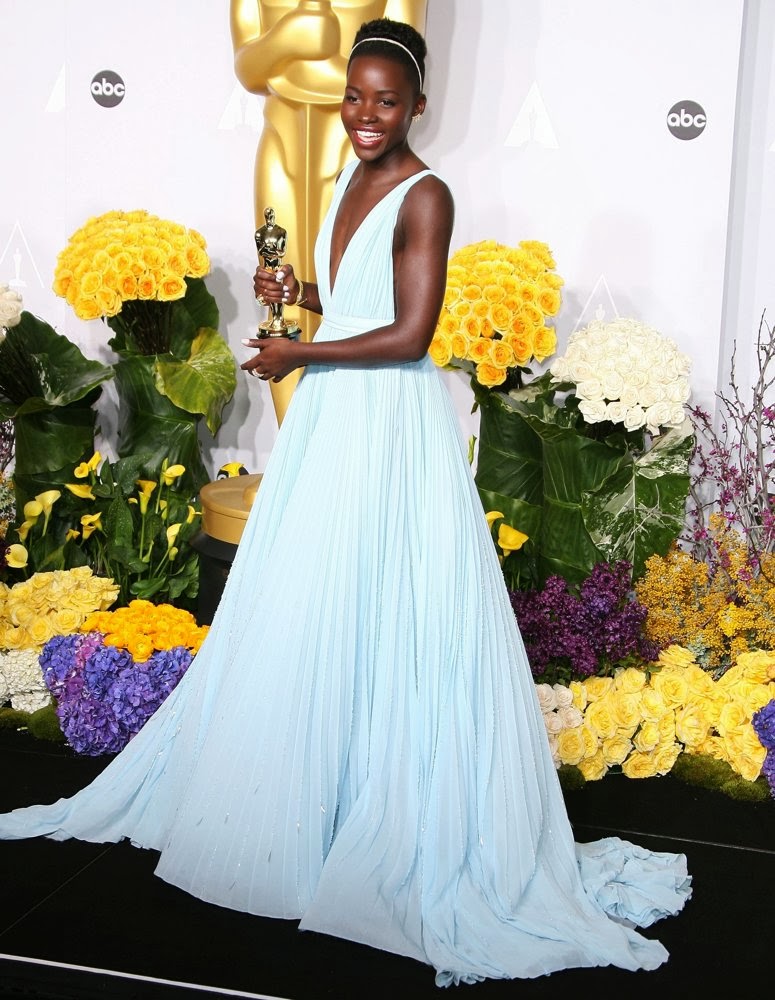 And here comes Ellen with pizza. She’s so damn goofy. 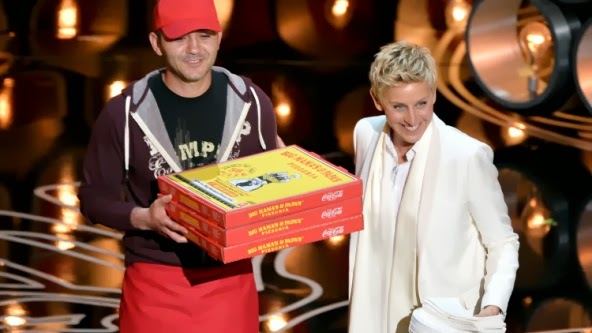 Hey, the President of the Academy is a black woman! 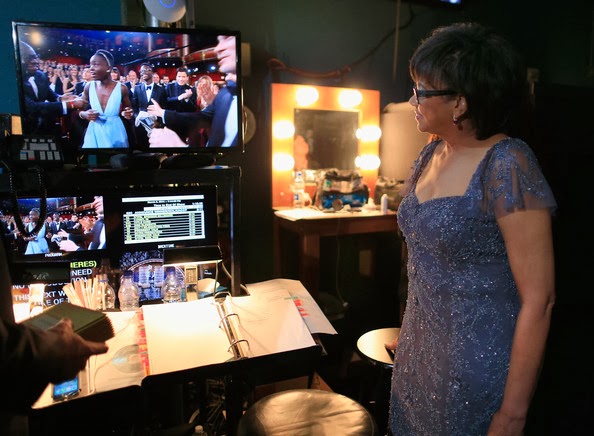 I got to meet her a few months ago when I DJ’d a party for the NYC chapter.

Hey, BILL MURRAY! I love that he doesn’t give a fuck. Nice shout out for Harold Ramis. I miss you Bill. 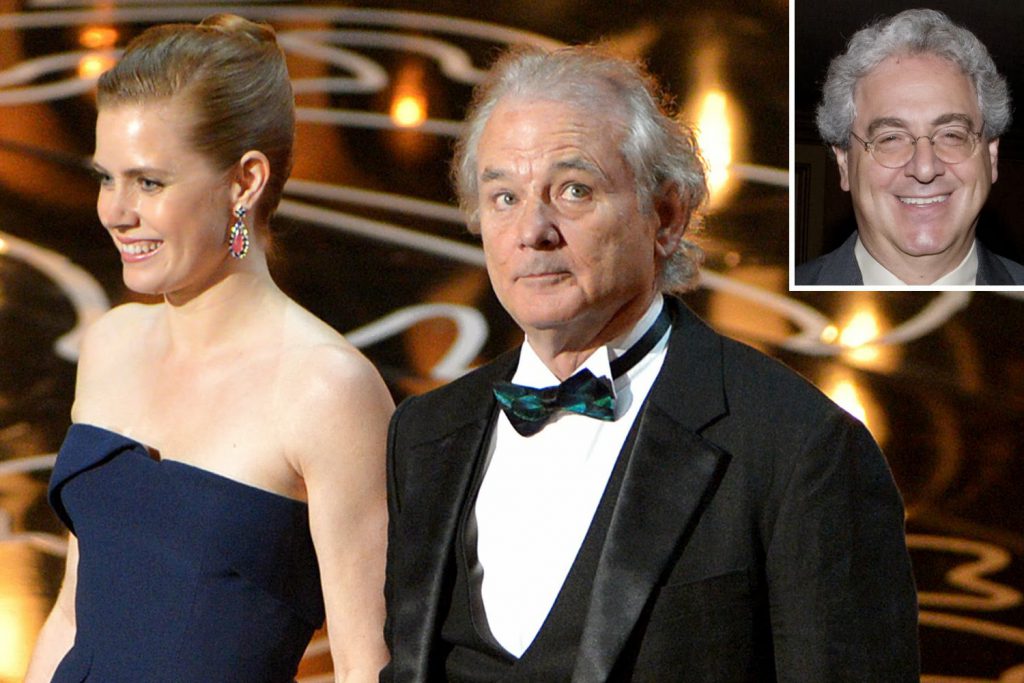 And now the parade of the stars who left this mortal coil. Damn. Bette Midler singing that old chestnut. What’s with the “Hero” theme this year? Odd choice. 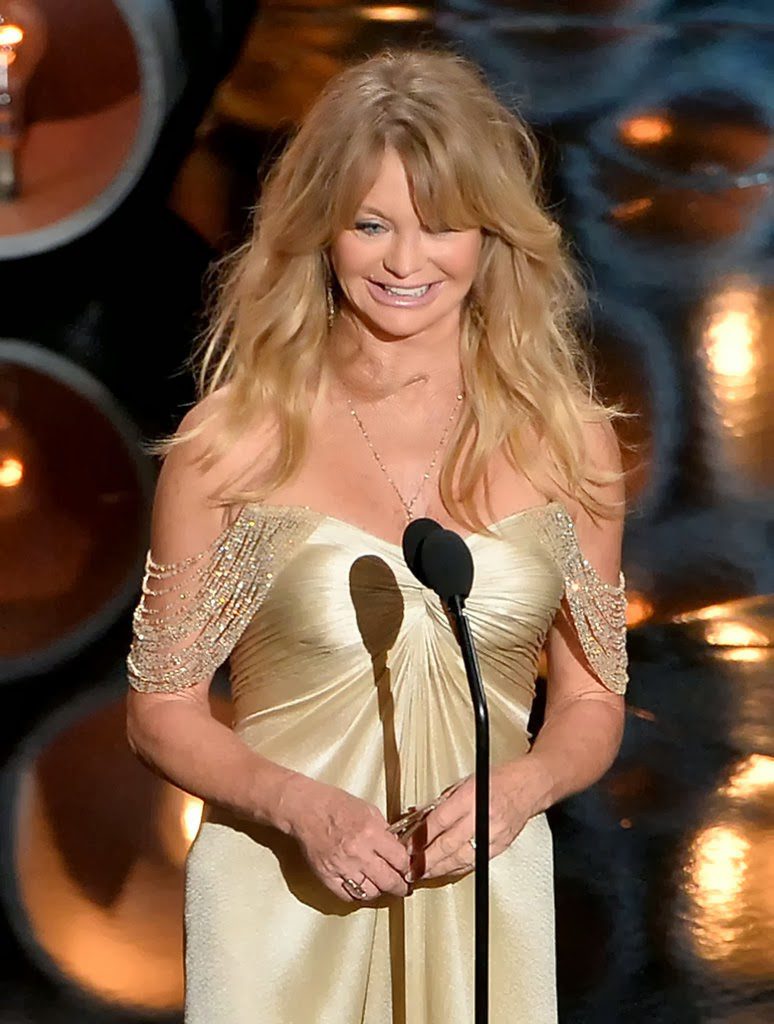 JOHN TRAVOLTA, YOUR LACE FRONT IS ON TOO TIGHT!

Adele Dazim? WHAT THE FUCK? Idina Manzel got a standing ovation for John’s blunder. 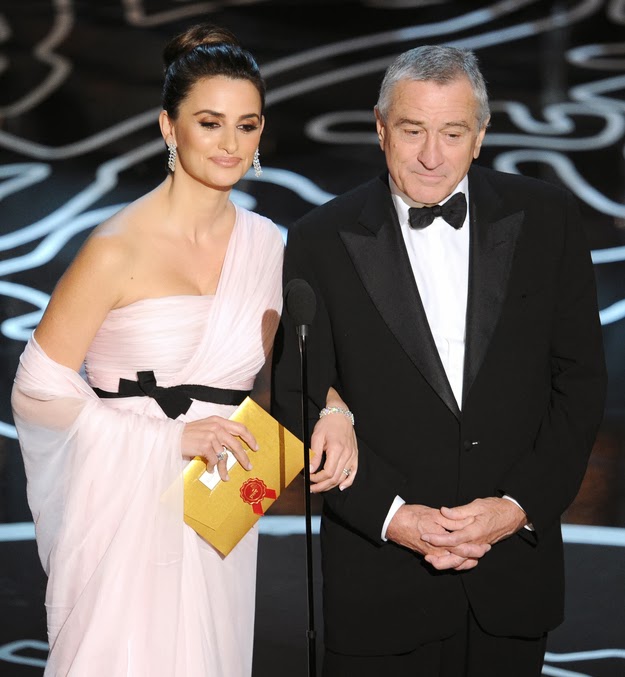 All I hear are chickens clucking when she talks.

BEST ORIGINAL SCREENPLAY -SPIKE JONES for Her! Oh, he sees ghosts…or something.

Oh hell, we all know who won for the best actor, actress, and picture, so that’s okay.

All in all, it was boring – you can tell by the categories I skipped, and what little I had to say. The main thing is that whoever did sound for the show STUNK! Why can’t people ever get that shit right?

This was a bummer of an end to award season. I’ll see you sometime soon when something else on TV sticks in my craw.