With so much comics news in other media yesterday, its time to slow down, belly up to the shelves at your local comic shop today or relax in your bed with your tablet for the latest edition of Triple Shot here at Forces Of Geek!

Steve Niles returns steer the ship of our nightmares with Monster & Madman #1, The Dark Judges appear in Judge Dredd #17 and Lapham returns with Stray Bullets: Killers #1. Monkeybrain treated everyone to D4VE #1 the robot this week over in ComiXology! 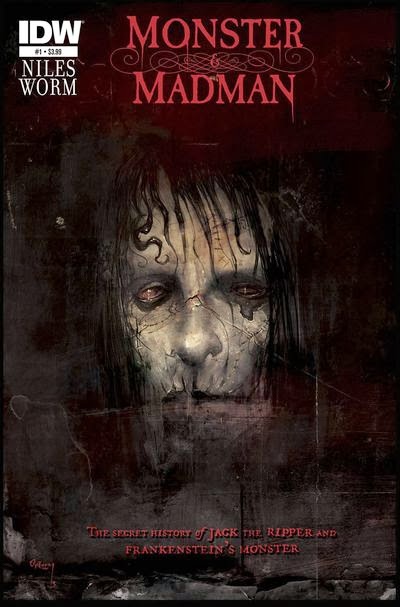 Here’s a matchup that can only come from the mind of Steve Niles (30 Days of Night). Monster & Madman is a limited series focusing on Frankenstein’s monster and Jack the Ripper!

Issue #1 largely is set upon an olde wooden ship. Frank has been through a lot since master passed and his wife left him (or was dropped in a vat of acid—whichever your prefer!).

The monster is seeking to escape, as he realizes he is difficult to kill. Joining the Norwegian sailing vessel is his best bet.

While aboard he is tricked by the captain, a master he is forces to obey.

A good, meaty story here in the first issue of the mini-series, focusing on Frankenstein character development in this particular world.

So much happens in a short number of pages, it is staggering the way Niles can craft a story. The monster is familiar in name, but this Frankenstein has a personality all of his own.

Fans of Universal Horror, Steve Niles and his Frankenstein work with legend Bernie Wrightson should pick this up! 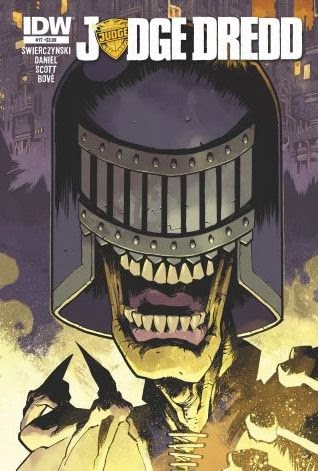 While Judge Dredd is off to a prison planet to work a hard labor death sentence, the Dark Judges invade MC-1 and stuff gets Drokked!

Swierczynski takes on the 2000-AD universe is having a blast with these characters and from my cursory knowledge of the Dark Judges is adding a few of his own to the mythos. The art from Nelson Daniel is dark and poppy and so great for this book.

The dungeon-grilled Judge Death metes out swift judgment on page one to get the ball rollin’ and then—whoa man—Judge Fear shows up for Round 2.

The protagonists in this one are the heroic Psi-Division lead by Judge Karen.  Can Psi-Division save the citizens? This is part one of a two-parter. Backed up by a Prisoner Dredd story off planet drawn by Steve Scott!

Get aboard now, people! Now…how about that Dredd Sequel petition always pushing its way to my newsfeed? Get Bones back on that bike! 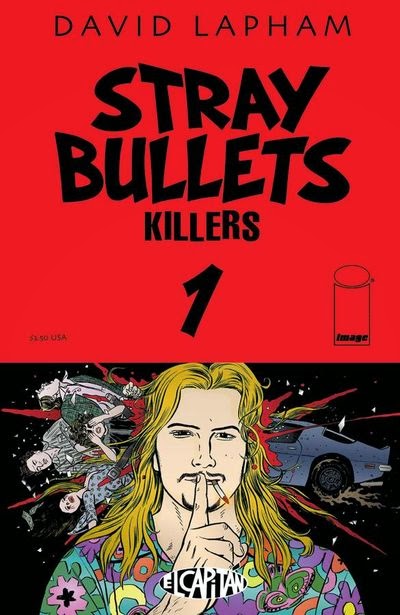 I’m familiar with Lapham’s work from recent Daredevil: Dark Knights and his contributions to the G.I. Joe Origins still in play today in the current IDW seasons, but I’ve never read his most renowned work, Stray Bullets.

Now that Image has released this return to his masterwork, I may find myself downloading the earlier works because this was flat-out amazing true crime.

Let’s be honest, now that True Detective is over, we’ve got a lot of time on our hands.  Though for me, it was the reddit trolling that really clocked the most hours!

This standalone story has everything you could want. Teenage boys talking about boobs and how to see them, Dads skipping out on work to go to the strip club, a Star Wars reference, and masterful black & white cartooning.

Now I see what at the fuss was about all those years ago when iFanboy would gush about Stray Bullets.

I’m in. Hopefully for David Lapham, Image markets this book for a huge comeback and that he can ride that for a while. Looks like the superstars are all putting out Image books these days. Curiouser and curiouser…as Ron from iFanboy settles into his role there, the books seem to be hitting the right buttons. Also—someone hire one of us to do what he does at Image Comics! Coolest job upgrade EVER! 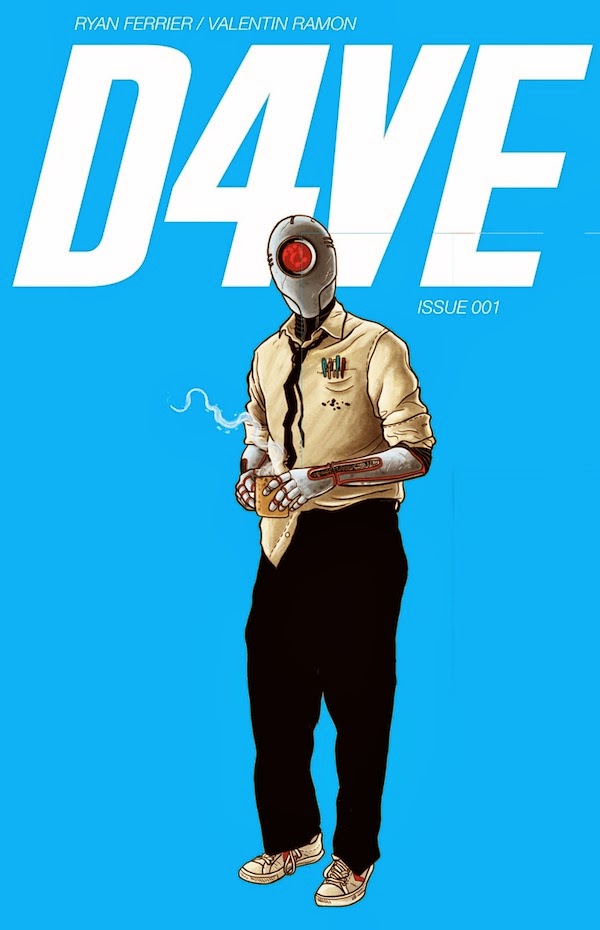 D4VE #1 from former FOG! contributor Ryan Ferrier and Valentin Ramon takes the robot overlord genre and flips it on its head.

The boring cubicle robot D4VE has trouble at home with his wife, his boss FR4NK is a real dick too.

Imagine if when the robots took over the world they became just like us. Bored. Boring. Forgetting stuff. Partying too much. Winter depression. Man sometimes a robot wishes something exciting like an alien invasion would happen to break up the monotony!

Monkeybrain is picking the best of the creator owned stuff to throw their label on, so get in on this robot story today! Art by Ramon is nothing short of amazing, detailed and fun to watch the decisions he makes with robot-world.

At only a buck an issue, you’ll be caught up to issue #3 for less than D4VE’S oil cappuccino.

Oh, and for fun, follow ComiXology on Facebook. They are at SXSW this week and they gave out a TON of free codes. That’s why I have many new, free comics on my iPad this week, courtesy of Image, Monkeybrain and ComiXology.