While other kids were actively “outgrowing” things likes Transformers, G.I. Joe and Star Wars I was not only holding on for dear life, I was finding more and more geek stuff every day.

I wasn’t interested in baseball. I didn’t like football. And while I had tried to collect baseball cards alongside my dad, once I saw that the card shows he frequented sometimes had comic books, toys and action figures I was done.

Only, ya know, not superhero comics.

Which seems odd at first, considering I thought superheroes themselves were absolutely amazing.

For the longest time I kept a running count of how many times I’d seen the Tim Burton Batman movie (I stopped counting around 165), regularly threw a red towel around my neck and “flew” around the house and had damn near every single DC Super Powers action figure. I thought Spider-Man and His Amazing Friends was nothing short brilliant, second only to Challenge of the Superfriends.

At the card shows and shops my dad took me to, there were always comic books somewhere, be it a single table or an entire portion of the store and because I dug super heroes so much, I would sometimes answer the siren call that was Marvel or DC.

However, those sirens always left me frustrated. It seemed to me like it was impossible not to enter right in the middle of a story (which, of course, it was). I felt lost and that feeling left me frustrated. So frustrated in fact that I had, by the age of 11, written super hero comics off as being these insular things that I would never be able to understand.

Obviously I had been born too late.

By this point, my dad had a pretty spectacular baseball card collection.

It was worth real money, and one day he up and decided that what his son really needed was a complete set on Impel’s Marvel Universe Trading Cards. 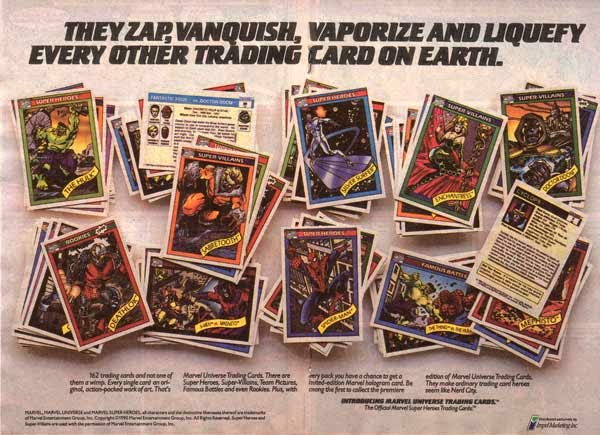 Dad thought they looked cool (which they did) and he knew I loved super heroes (which I also did). Dad also knew that I wanted to get into comics and he’d been told that those Impel trading cards were essentially a crash course in all things Marvel Universe.

So he traded a couple cards from his collection for the set and handed them off to me.

They were exactly what I needed.

In the weeks that followed Dad bringing those cards home, I damn near memorized every single detail that was contained on the flip side of each and everyone one.

Before I knew who Spider-Man was, but now I knew that he was 5’10’’ and that the black costume I sometimes saw him in was… HOLY CRAP AN ALIEN SYMBIOTE! 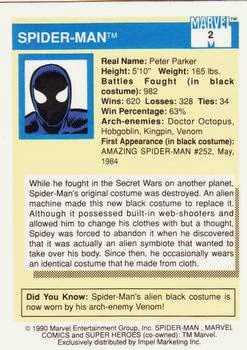 It was in those cards I learned who Nick Fury was and about the Infinity Formula that kept him eternally young. I found out there was a guy named Luke Cage who you could actually hire, a mad robot called Ultron who was created by a hero and a guy named Thanos who was in love with Death (that one spooked my mom more than a little).

In a time before Wikipedia, Google or even Marvel.com for that matter, Impel’s Marvel Universe trading cards were instrumental in my making the leap into becoming a full blown comic book geek. I could read Marvel comics and have a degree of context for the very first time. They gave me all the base knowledge I needed to actually really dig into being a comic book geek.

And man, did they look cool as hell. The art just worked on my 11-year-old psyche. I remember at one point pretending that I was an agent of S.H.I.E.L.D. (before it was the cool thing to do) and that those cards were my dossiers on each known hero and villain. In fact, that’s how Nick Fury became one of my favorite Marvel characters; I would pretend I was holding onto those files for him and that it was imperative that I not let them fall into the hands of Doctor Doom, Hydra or The Brotherhood of Evil Mutants. 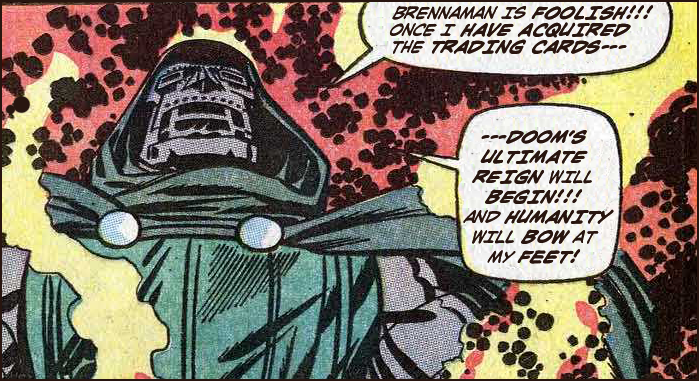 Of course, Marvel comics led to DC Comics (and then Image, Malibu and anything featuring costumed vigilantes). By the time I reached high school was fully immersed in several superhero universes and my comic collection grew and grew and grew.

Over the years, my comic book collection has swelled and shrank and swelled and shrank. I’ve sold comics off and I’ve given them away. Right now what’s left of it is sitting in a storage locker that my parents own back home.

Those Impel Marvel trading cards, though?

Those ain’t going anywhere. Those are still filed away in the same sweet red and black lighting bolt adorned binder they’ve been in since the day I brought them home and I keep that binder stored in an old Marine Corps footlocker. 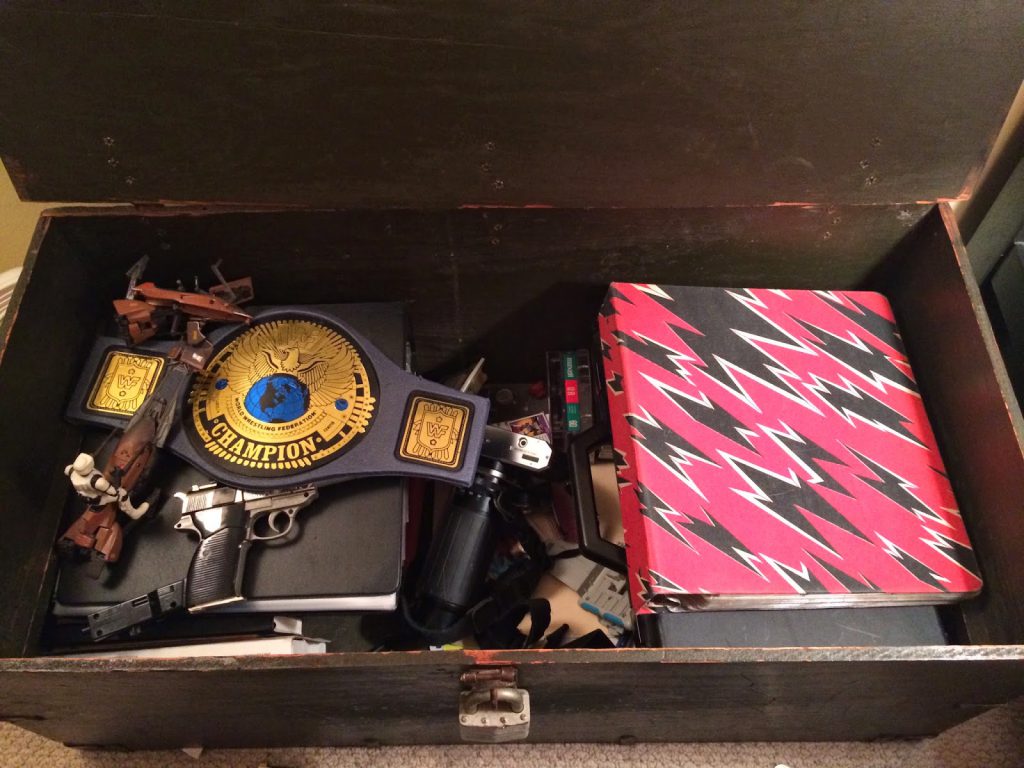 There are comics I look back on fondly that I haven’t read since they were first published but I still to this day pull that binder out of the footlocker to flip through those cards.

And ya know what?

They’re still just as awesome today as they were way back in 1990. 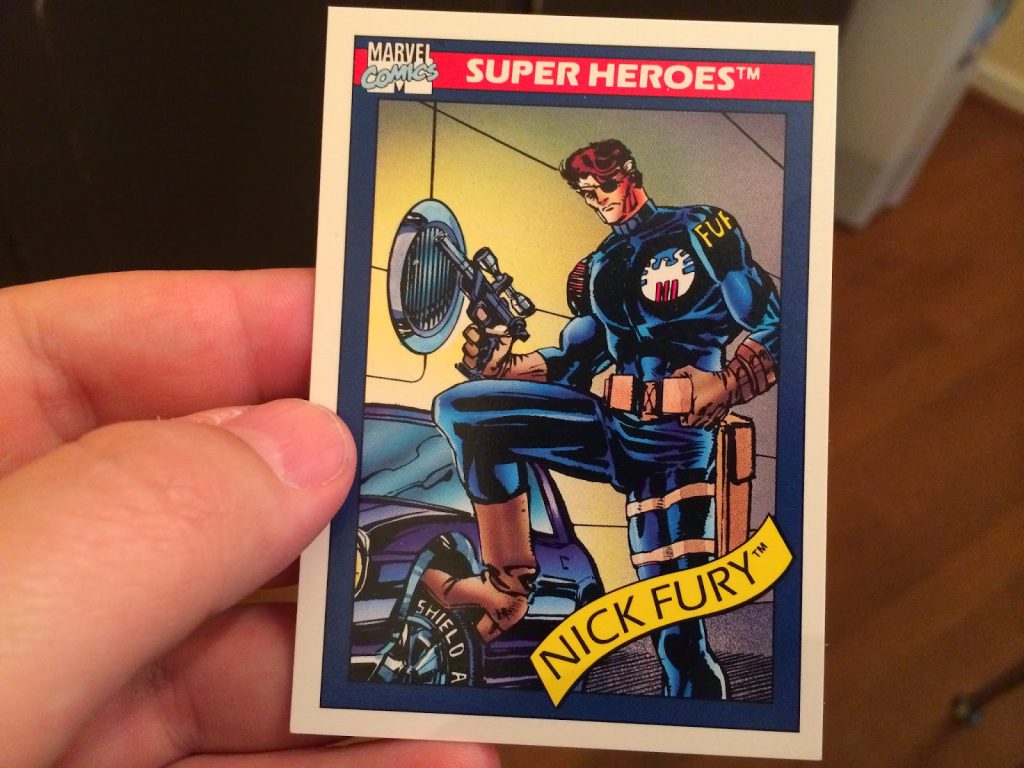