Actually, I’m just doing it because I’ve become a fairly recent convert to sampling. Not, like, the last few minutes, but definitely the last few years. I was against it for a long time.

As Keith Richards once said, “You’re not just stealing someone’s line. You’re stealing their actual lick!” Then he destroyed a young band who had a huge hit with a song that used a sample of an orchestral version of a song that he stole from another artist.

I think the story of The Verve is pretty much what did it for me. Bittersweet Symphony is one of the best hits of the 90s.

Yes, it’s partially based on a sample of a Stones song, but, as I said, that Stones song was just an amped up version of This May Be The Last Time by The Staples Singers.

Keith has admitted this, so he’s a hypocrite. Plain and simple.

Either way, I’m here to talk about movies. I could certainly talk about two documentaries that are about sampling. That would be fun, but I like to think outside the box.

And I hate that phrase.

I could think of better ones, but they’re all dirty.

So let’s talk about movies that sample other movies. They take a movie or a bunch of movies and make a completely different story with them.

It’ll be awesome. I promise. 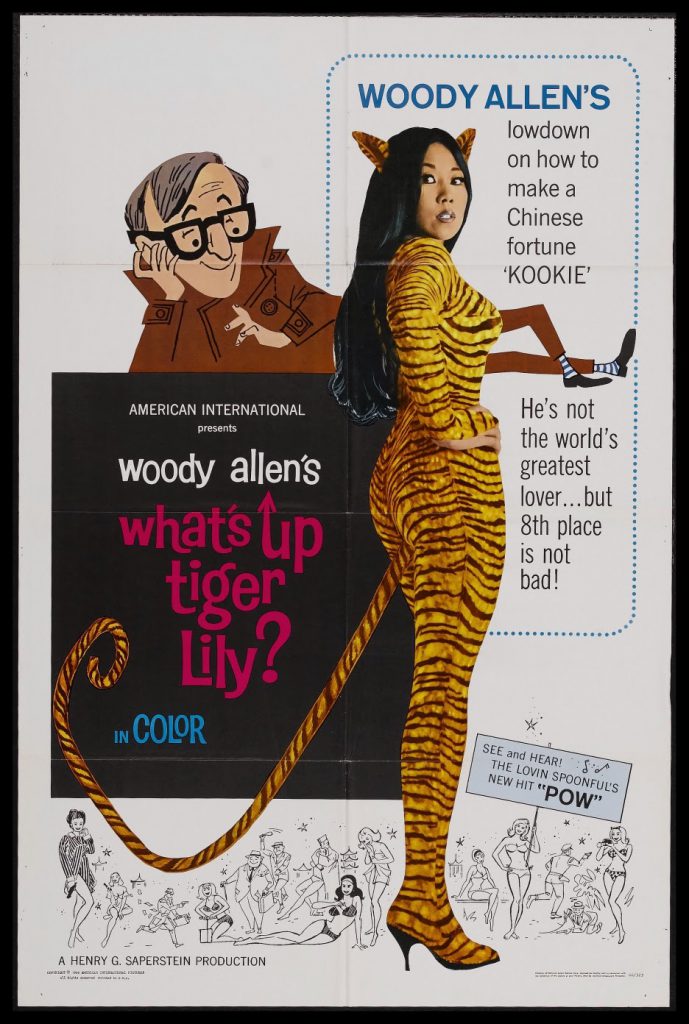 To say that this movie was directed by Woody Allen is a bit of a lie. I guess the voice actors were directed by him, but the film itself was definitely not.

In a move that inspired about ten years of the best television ever produced, Woody and his professional friends took a slightly silly Japanese spy film called Key Of Keys, erased its soundtrack and turned it into a story about spies trying to get the world’s greatest egg salad recipe. Phil Moscowitz is the hero of the story and he’s a smarmy piece of work, always hitting on the ladies and quipping with the villains.

Actually, there’s really no point in talking about the plot. The new dialogue makes the film much funnier than it could ever be in its original form. (Of course, I’ve never actually seen Key Of Keys. And I do love me some 60s Japanese crime films, so I could end up loving it if I ever saw it.)

The jokes come fast and furious through the 80 minute runtime of this really bizarre film. From the opening scene with Woody explaining what he did to the film to the appropriately silly soundtrack by The Lovin’ Spoonful, there really isn’t a dull moment. Yes, the last scene with the Japanese stripper dancing for Woody is pretty obvious padding, but Woody does end it with a pretty funny joke.

This is still one of my favorite Woody Allen films. I mean, it’s not up there with Annie Hall or Manhattan in quality, but it’s a lot of fun and never loses its charm. 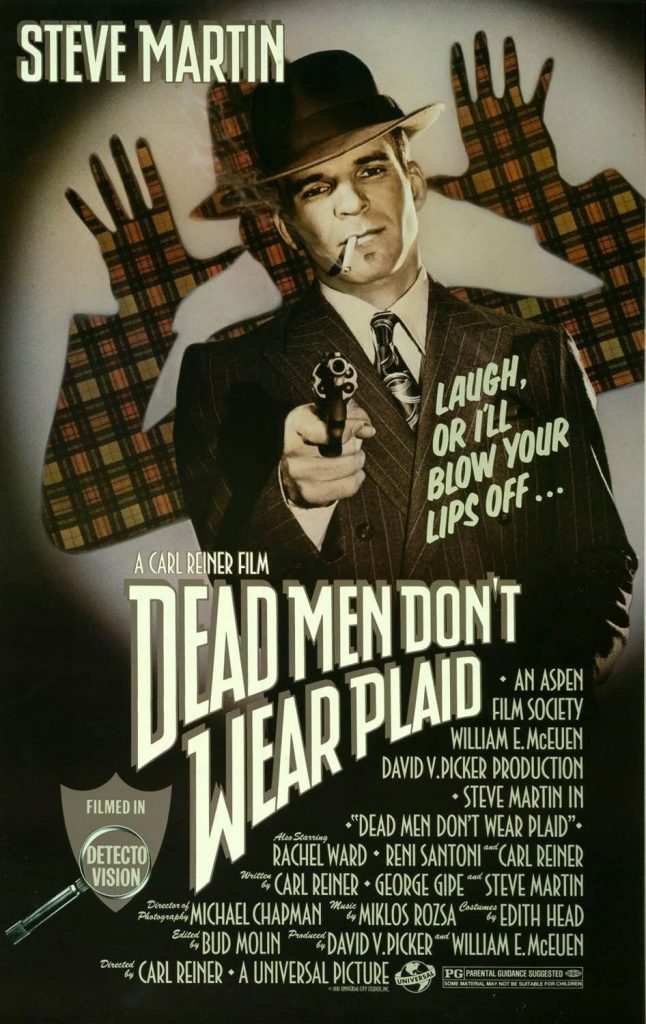 Back in 1982, Steve Martin could really do no wrong. He was still flying high from an incredibly successful stand up career that became a nearly steady job hosting Saturday Night Live. And then there was The Jerk. It wasn’t his first movie, but it was his first starring role and it was huge.

Director Carl Reiner helped make that happen. After a mostly failed attempt at a serious role with Pennies From Heaven, the two came back together to make Dead Men Don’t Wear Plaid the story of Rigby Reardon (Martin), a low life private dick who is hired by Juliet Forrest (Rachel Ward) who is convinced her father was murdered. You see, he was a cheese scientist and everyone wanted him dead…naturally. He was working on a new recipe when his car went off a cliff.

More of a story there really isn’t. What makes this movie genius is the use of clips from old noirs to further the story along. Using bits and pieces from 19 films with stars like Humphrey Bogart, Alan Ladd, Charles Laughton, Vincent Price and Barbara Stanwyck (among many others), Carl and Steve made the ultimate remix movie. The best thing is that, somehow, it all basically makes sense!

Shot in beautiful black and white to match the older films, this is certainly the most interesting of the four Reiner/Martin films. It’s fun for a film noir nut to play “Spot The Noir,” but there’s enough true comedy to keep even a noir neophyte entertained.

That being said, it’s still probably the least entertaining of the four films. But when those other three films are The Jerk, The Man With Two Brains and All Of Me, that still makes Dead Men Don’t Wear Plaid pretty hilarious.