I met director Gillian Robespierre and star Jenny Slate at in the Commonwealth Room of the Eliot Hotel, in Boston, with a few other journalists for our roundtable discussion about their new film the original romantic comedy, Obvious Child. (My review will run here tomorrow, so come back now, y’here!)

This was my first-time interviewing someone and I was really nervous. Right away I was put at ease when they showed up though. They were both very gracious and happy to be here, even though poor Jenny had a cold from all her recent traveling she was in great spirits and ready to go. She even joked that “I might still have a line on my face from my pillow” from her nap.

We jumped right in with questions and when asked how she went from adapting her short film to a feature length film, Gillian respond, “We started as this little story in 2009. We shot in 4 days in Brooklyn with no money and no real wardrobe. All of the crew were friends from The School of Visual Arts, where I went.” She went on to say, “We were all these (kids) in our mid twenties so no one had a full time job and we were able to shoot this movie.”. She continued, “What was really exciting, was that, in the editing room, I noticed that there was something special in Jenny’s performance. It was incredible and that in this 16 page short I had a 30 minute rough cut.”

This is really long for a short film. As it is the final cut of the original short was 20 mins long. At this point they get the film into film festivals and it got a lot of notice.

Buzz for the film built thanks to great reviews from “The Jezebel”, “Feministing” and Bust. And they were linking to the short film to the articles they were writing. “I saw it in the editing room, I just didn’t have the story yet or the footage. And I’m glad, because we all had to mature as storytellers and creators,” Robespierre added.

The film tackles a really hotbed subject in unwanted pregnancy, and unlike other films on this subject, it it never judges or preaches one way or the other. The film just lets the character make her decision and tells what happens. Less worries about trying to “sell” this film to conservatives or “small-town middle America” Robespierre says, “I wrote it for everybody and I think the goal was hopefully, because of the internet, everyone can see it. You don’t write it for one person or for small town middle America. But you hope that every young man and woman will see it.” 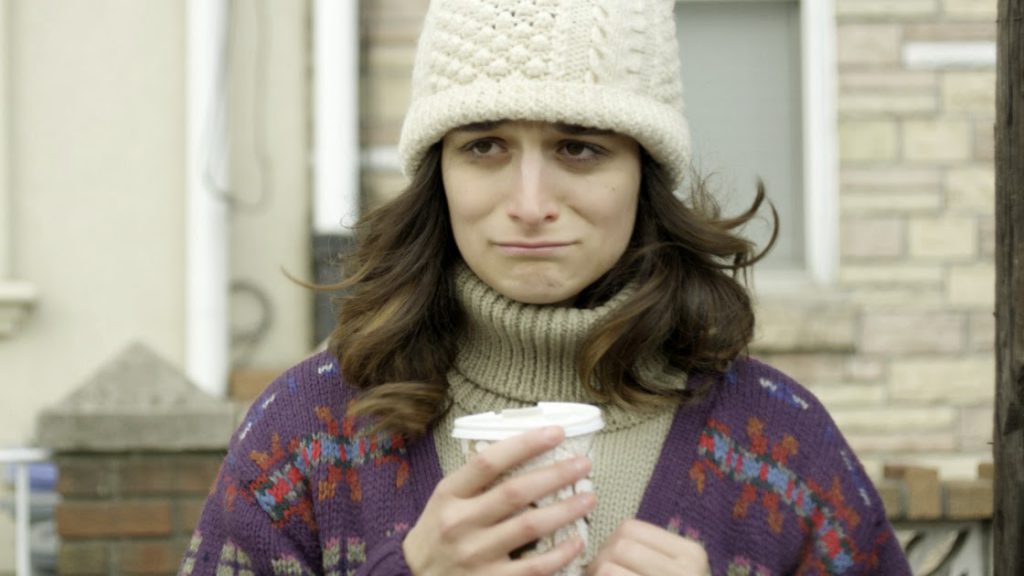 Slate interjects, “It’s a comedy.” And continues, “Something that’s hard to learn being a comedian, especially if you like people and you want everybody to be pleased and you’re trying to make the most amount of people happy that it’s a hard thing to understand when you trying your hardest and at the end you really love your work that sometimes some people just don’t think that some stuff is funny.” Slate then goes on to say, “So, it is subjective. But I think for us just coming at it like, ‘Well it’s a comedy. So we are going to make the best of this type of comedy that we can make”, you know? And that is the difference between it being a comedic film and an agenda film.”

I went on to say that I always found that when studios try and please everyone and not offend anyone it becomes so weirdly watered down or so bland you end up with with movie that you are like “Well, what the hell is it?” to which Jenny stated, “Yeah! And the only people who like it are psychos!” To which we all laughed because it is so true.

When asked if Robespierre had any problem getting the film made because of the subject matter and the way it tackles abortion in a funny and intimate manner; was it a “hard sell”? She answers rather sheepishly, “This is a really boring answer but, no. And it’s really cool too. It’s refreshing.” She adds, “Making independent films, finding financing is super, super hard.” Robespierre finishes, “We worked really hard in developing the story and the script and I think when we finally felt like we could get it into the hands of people who would finance a low-budget, independent feature they were really excited to see Jenny Slate being in a movie like this and they were really excited by the story. And not too many doors were closed on us.”

This is really exciting to me as a one-time filmmaker to hear that this first time feature filmmaker had such an easy time getting this terrific film made.

“I think the most important thing for me, is that you treat your materials thoughtfully, whatever your comedy is, that you’re thoughtful about it.”, Says Slate. “And I think we tried hard to be thoughtful. There’s nothing in the movie that says, ‘Donna (her character) is, sort of like, flip or that it is a throw away for her to make the decision. It was important for us to say, ‘the decision is clear that doesn’t mean it’s not complicated.’”.

“That’s why we get a little annoyed when journalists write ‘abortion-comedy’. We feel it is a little bigger than that. We weren’t as glib with Donna’s character.”, adds Robespierre. Slate continues, “Yeah, we weren’t rough with it.”

This film is really wonderful. Refreshing, funny, sweet, and touching. Obvious Child is one of my favorite films so far this year and I hope that you get a chance to check out this brilliant first film from director, Gillian Robespierre.

I thank both Gillian and Jenny for taking time out to speak with us and to my fellow colleagues as well for making my first interview process a fun and relaxed funny time.