Actually, my parents bought the boots – I just shopped for them.

It was a northern Midwest winter and I was a teenager in high school. They cost $60 which was approximately the cost of a used car at the time and considered big bucks.

To put it into perspective…

Only five years before I saw The Beatles in concert and paid $5.50 for the highest priced ticket.

Actually, my parents bought the ticket – I just used it. But a lot of kids I knew didn’t go because $5.50 in 1966 seemed like $60 in 1971. If I had to spend my own hard-earned bucks as a thirteen year old Beatlemaniac, I would’ve probably had to settle for a ticket costing $3 – which they had.

In an era when most kids were still wearing buckle-up rubber galoshes over their shoes for wet weather wear, a $60 pair of outdoor boots for a teenager was a major expenditure. 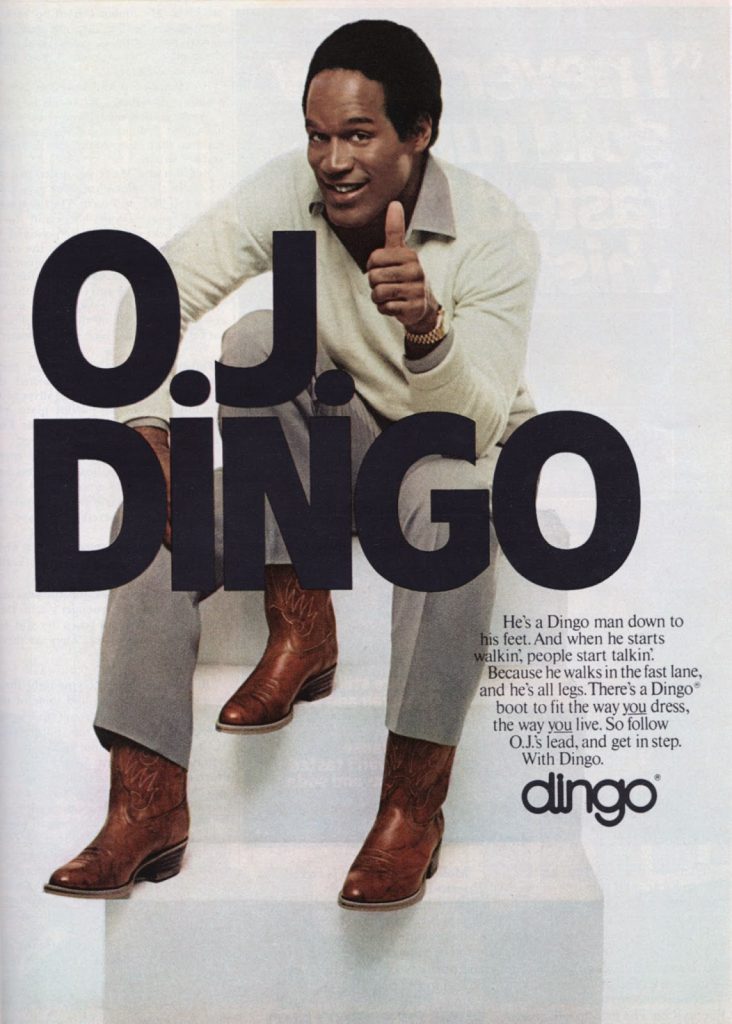 There was no other place to wear them since they didn’t look as cool as Dingo Boots, light enough for a school dance, or a decent substitute for dress shoes when a relative got married or croaked (sometimes the same thing). If you weren’t clearing out a swamp for a future Duck Dynasty clan, digging a ditch or laying a highway, that was a lot of money to spend on boots. I didn’t even make enough to pay them back by shoveling driveways that winter since the going pay rate for that competitive job was a dollar per.

One neighbor even paid me fifty cents for my snowbound shoveling skills. If I’d only had the foresight to start my own company, I could’ve been the guy famously known as 50 Cent. But that’s hindsight, which is the direction I’m booting this discussion in.

A lot has changed since 1971. Then again, a lot hasn’t. The Rolling Stones are still on tour, Michael Jackson just performed at the Billboard Music Awards, and today I wore the same boots to mow the lawn. Yeah, they still aren’t as cool as the Dingo Boots O.J. Simpson advertised in the 70’s, but at least mine are free to walk around in the public eye. 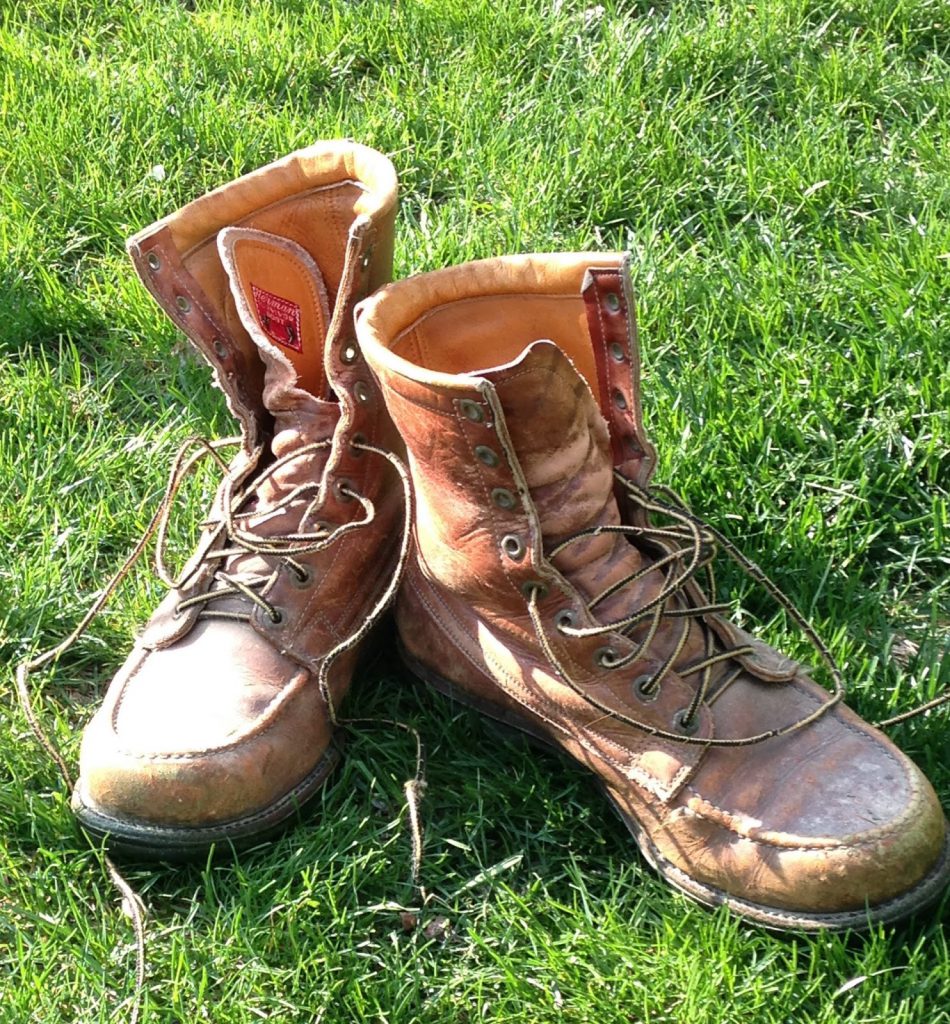 As a tribute to my boots, shoes in general, and the people who love’em and save’em, I kicked open the vinyl archives to dig around for some Leather Soul music, as opposed to Rubber Soul. After brushing away the dirt and grass (of the mowing type and not the rolling type) I morphed into our favorite shoe store salesman Al Bundy, and searched the “footwear” category.

What…? You don’t have that category in your record collection? Get with the times… the decade… or whatever half century we’re in now.

Without worrying about sizes, shapes and styles, since my tastes have been known to stagnate, I pulled out a few songs that made the best fashion statement about footwear. With a runner-up nod to George Harrison and The Beatles for Old Brown Shoe, and also as a thank you for the best price my parents ever paid for a concert ticket, here are… 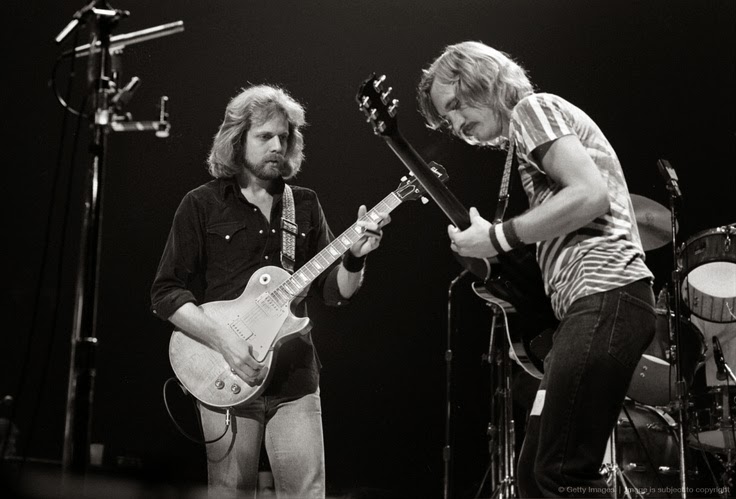 Okay, we’re not exactly talking about outdoor boots, but it’s the thought that counts in this countdown. These shoes are the stiletto variety favored by certain professionals also known to do a lot of walking, but look a lot nicer than the laced-up leather pair your average classic rocker wears while mowing his lawn. According to the lyrics, the “mama” going out in those shoes is more innocent and lonely than a profitable streetwalker, but her choice of similar footwear might draw too much unwanted attention from guys skilled in a conversation that’s “handy with a shovel and so sincere” who inhabit the singles bars.

The song is from the album The Long Run, which was the band’s last release before breaking up in 1979. With angry promises never to regroup, hell finally froze over (which was a stated requirement by the band for this to happen) in 1993. Joe Walsh and Don Felder shared guitar leads using a “talk-box” effect that made it sound like they were illegitimate teenagers of Peter Frampton, or playing underwater. If anyone should ever do a remake of Yellow Submarine, I nominate those guys. 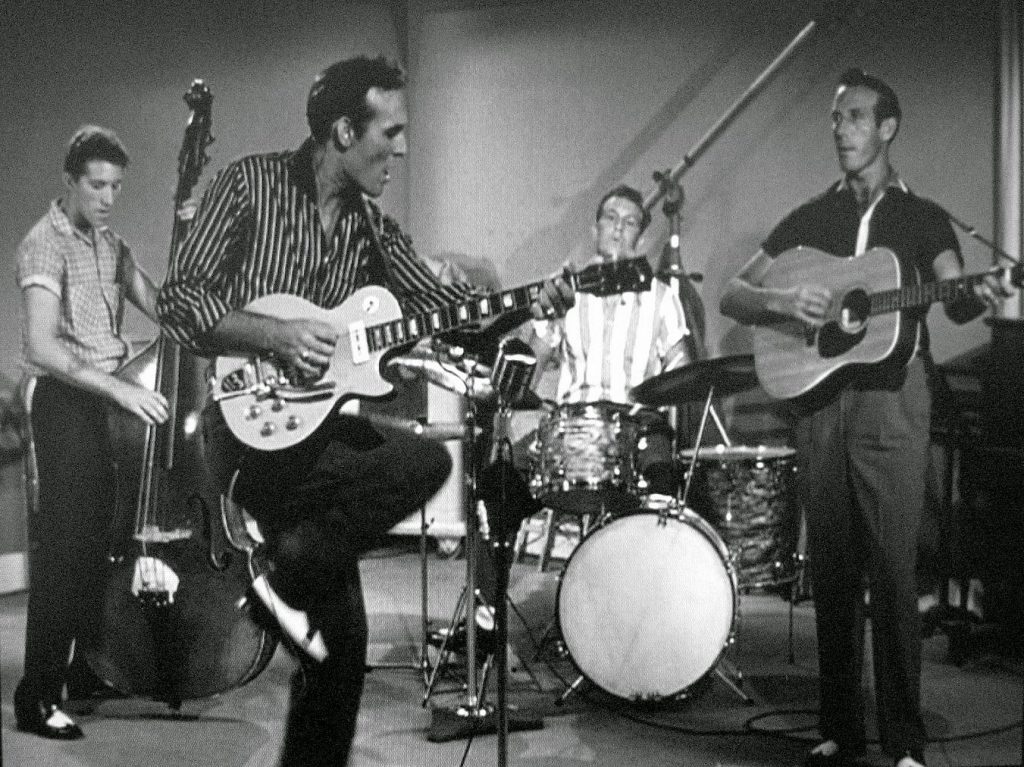 You may have thought I’d pull Elvis out of the archives for this classic, but he was outdone in the Showing Off Yer Shoes Category by the song’s originator. Perkins recorded his classic on Sun Records in 1955; a year before The King scooped it from him for the better known version on RCA Records. It was number one for Perkins on the local charts, but before he could debut it on national television he was involved in a serious car accident and landed in the hospital.

Instead, Elvis performed it on The Steve Allen Show and ended up with his pair of blue suede’s in The Rock and Roll Hall of Fame. 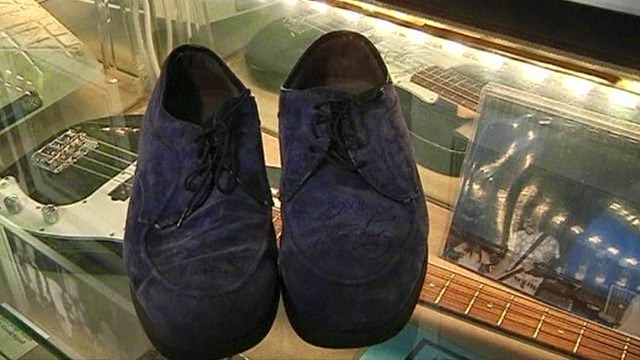 But the winning nod in this shoe war goes to Perkins for his fancy footwork while playing it live. Elvis might have been known for his gyrations, but Carl knew how to show off his stylish footwear. During the instrumental breaks in his concerts and television appearances, he kicks, slides and even points to his shoes so there’s no misunderstanding on anyone’s part on what he’s singing about. If you don’t believe me, check out the video and stay off of my blue suede shoes.

No. 1 – These Boots Are Made For Walkin’ by Nancy Sinatra 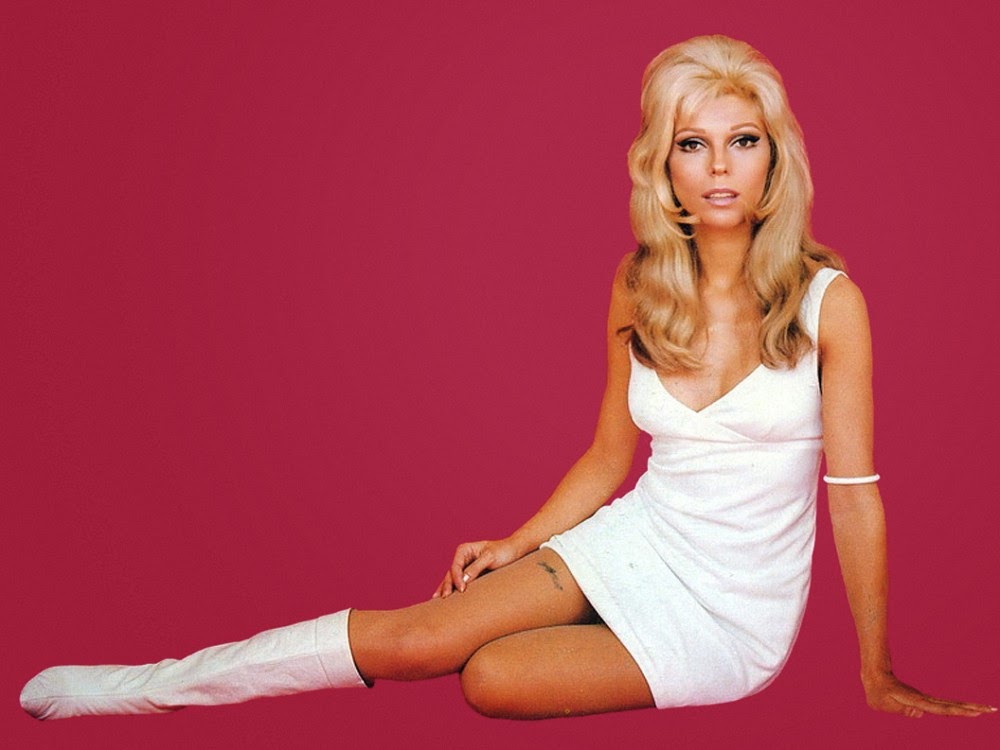 Come’on, try and tell me you didn’t see this one coming. There was no second thought in my mind while lacing up my leather souls that this song wouldn’t come in first. It was number one a full six months before The Beatles played their $5.50 swan song concert and made Frank’s daughter a classic rock femme fatale.

Go-go boots were standard wear for the go-go dancers on the mid-60’s television shows Shindig and Hullabaloo, but Nancy put them on in the spotlight on center stage. Performed with an attitude that would make her daddy’s godfather connections practically scream like teenage girls with delight, she told any man who did her wrong, “These boots are gonna walk all over you.”