Box Brown joins us today to talk about Andre The Giant: Life and Legend from First Second Books.

The biographical comic about one of the most legendary wrestlers of all time is sweet but honest about some of his shortcomings. 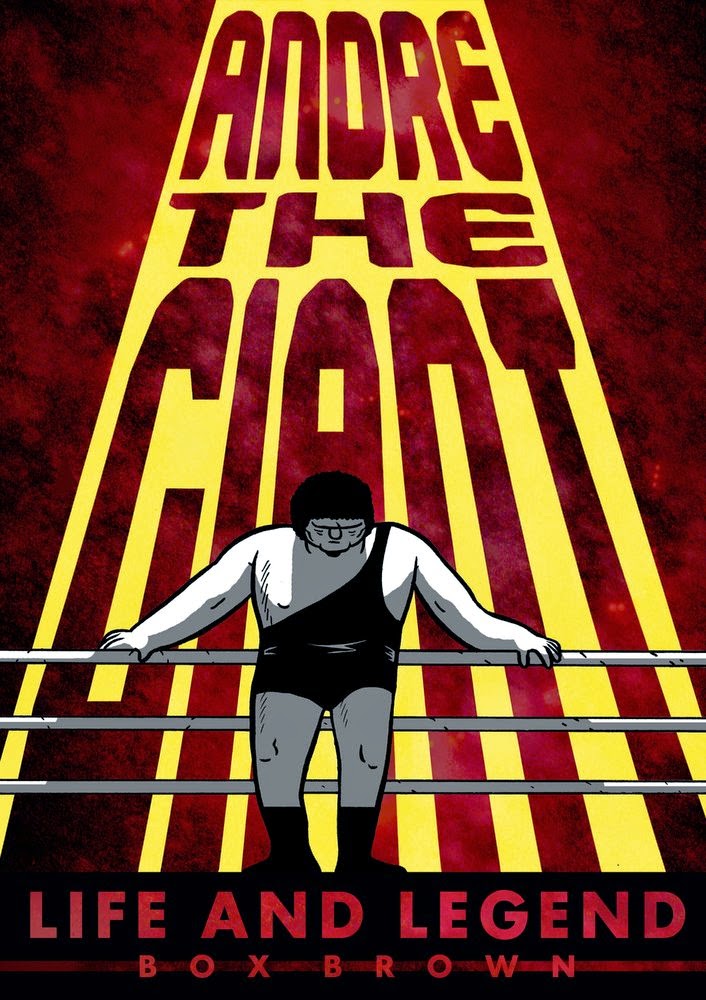 From the French countryside to The Princess Bride, André Roussimoff lived a full life, towering over his wrestling opponents literally and figuratively.

FOG!: Thanks for joining us today, Box! Andre The Giant and comics. What brings the two together? Obviously, wrestling and comics were formative to our generation. Why paint a biography of Andre in comic form?

Box Brown: I am a life-long fan of wrestling and was always kind of obsessed with it to a great extent. In the early 2000s I saw an A&E Biography about Andre so I had that background on Andre’s extraordinary life. I had an understanding of how tragic and compelling it was. Fast-forward to late 2010 I was reading about Andre online and read about how Samuel Beckett gave him a ride to school. I thought that would make a good comic and I just made it into a mini-comic. Then it just snowballed from there.

You touch upon the myth, and truly Andre was like that for us kids. Did he eat a guy? Was he a monster? He was superhuman, a real life superhero. It seemed like that was rough on him. During your research did you find how he dealt with it? Drinking?

Yes, I think drinking was one way he dealt with his issues. He was a person who I feel had trouble connecting to other people. 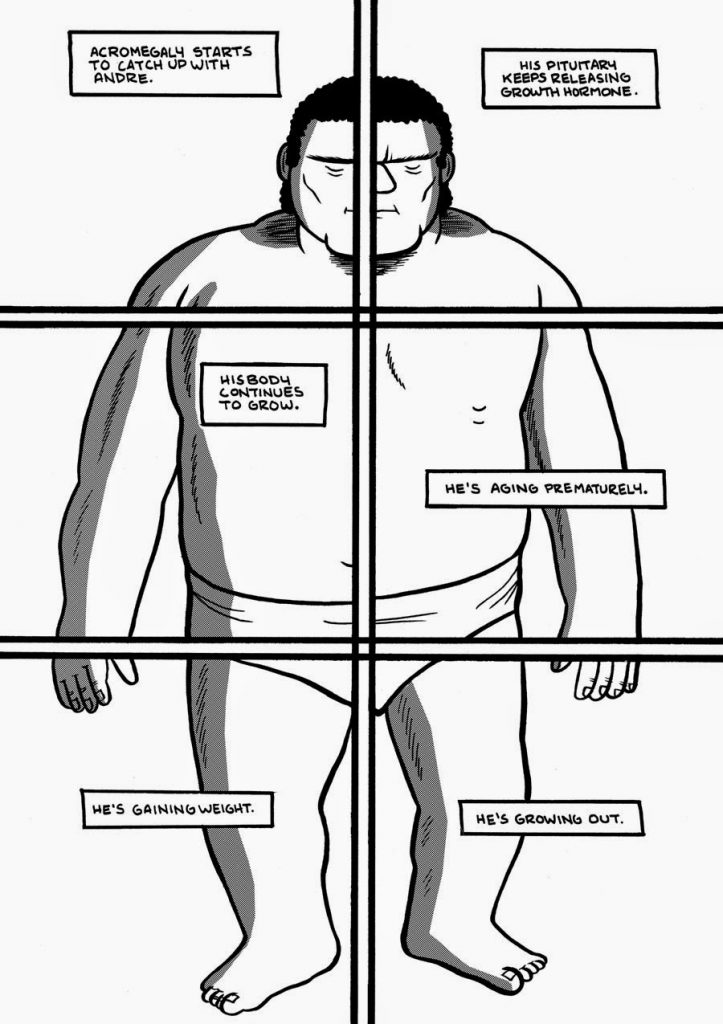 He literally and figuratively couldn’t fit in this world. It wasn’t made for him. People looked at him and only saw his condition. This made it remarkably difficult for Andre to feel normal. This spawned all kinds of difficulty internally for him and I think drinking was certainly a self-medication in his case. Further, especially later in his life, his was in a lot of pain and discomfort.

Drinking was how he dealt with that as well. If we could go one step further he was in an
industry where partying, drinking after the shows was part of the lifestyle. And he was 500+ pounds, it took more for him to feel a buzz. A beer was like a single gulp to him.

Spoiler warning! You start off the book with playwright Sam Beckett giving Andre a ride to school. Was this in fact true?

This is believed to be true. They definitely lived near each other at
the same time. The story goes that Andre’s father worked on the
building of Beckett’s house. Beckett heard about Andre’s difficulty
fitting in the school bus and took it upon himself to help Andre get to
school. 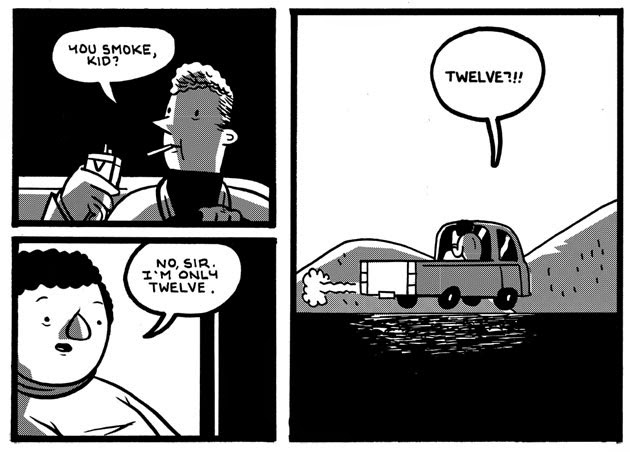 How much time did you spend researching the book? Did you learn more about wrestling as ‘The Business’ than you knew before?

I spent probably about 2 to 3 years on the creation of the book. I was researching and creating at the same time. In another way I’ve kind of been researching for this book my whole life. 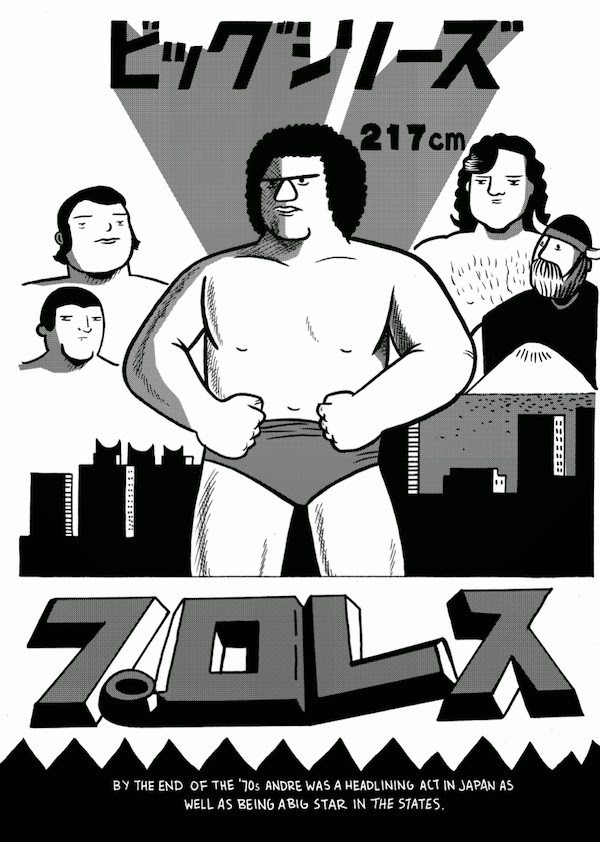 I certainly learned a lot during the creation of the book and dug deeper into the world of Pro-Wrestling than I had before. I can’t really watch a match in the same way as I used to. Certainly not Wrestlemania III which I analyzed ad naseum at a very slow speed.

Truly this is a great biographical story, well written and illustrated with a fun and cartoony style. Andre seemed gentle, calling everyone ‘boss’, but also he had a bit of a mean part come out in his personality occasionally. How hard was it to portray all of these aspects of his life and maintain a reverence for Andre the Giant?

It was difficult but I felt that it was completely necessary to tell the stories as truthfully as possible. Nobody is perfect. Nobody is without flaws. I wanted to depict Andre as a person just like anyone else with all the idiosyncrasies everyone else has. He is a multi-dimensional human being as we all are.

The Princess Bride pages really show that he was loved and adored by the people around him, and that he loved filming because he escaped criticism and being ostracized. Also, this comes after he had surgery. Did this give Andre a new lease on life during that time?

Maybe it did. He was in a lot of discomfort and he was certainly aware of his own mortality. I do think that the experience of The Princess Bride was something that Andre was very proud of. 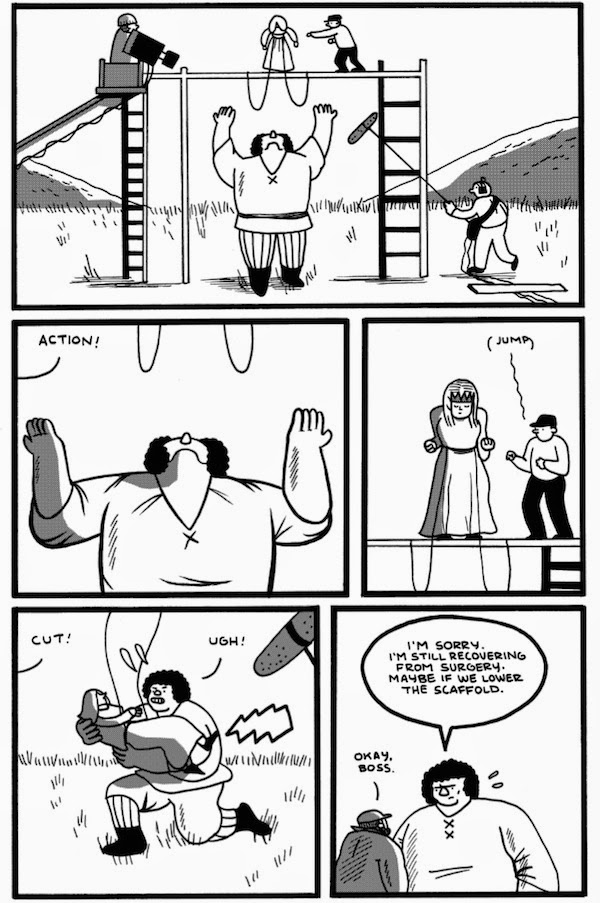 I have to ask about your Kickstarter! As far as I know, not many have Kickstarted a publishing company. What is happening in 2014 for Retrofit Comics? 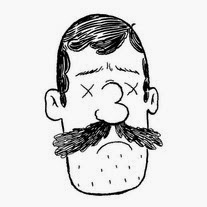 Final question – if you could go back in time to see one of Andre’s matches live from ringside, which would it be? 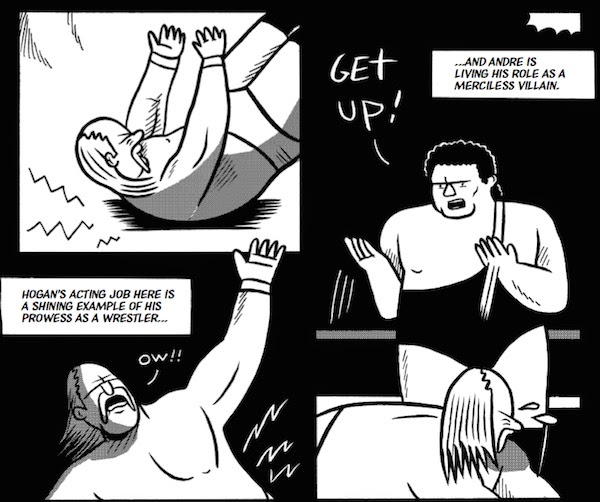 I actually have fond memories of Wrestlemania VI another match that Andre loses. But, after that match he turns back into a babyface (good guy) after being a heel (bad guy) for a while. The fans really embraced him again right away. It was really his last great moment before his health really started to fail.