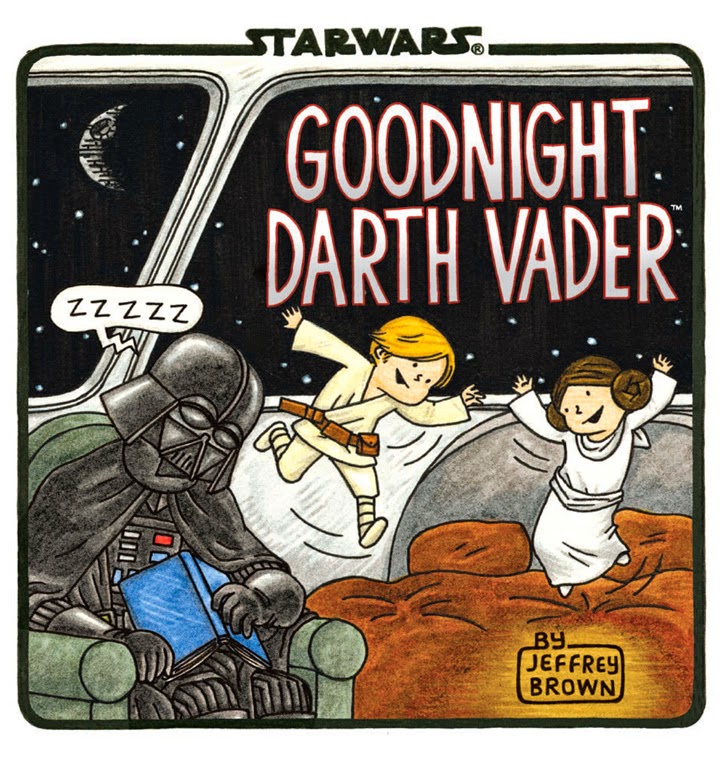 Goodnight Darth Vader reimagines the father/child relationships between Star Wars character Darth Vader and his twins Luke and Leia.  And, while the books were originally geared towards adults, feedback proved that the books were finding a family audience prompting Brown to take a different approach to the series with the third installment; “Why not make it a bedtime story that everyone can enjoy?”

Check out a first look after the jump! 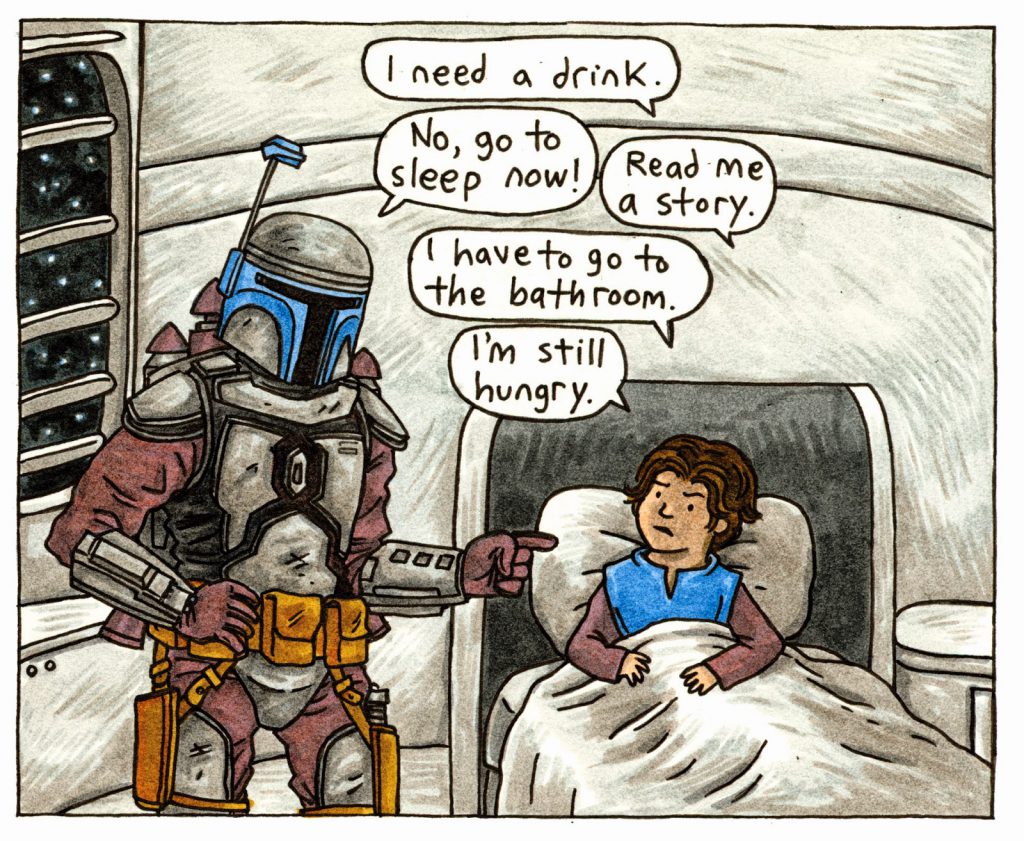 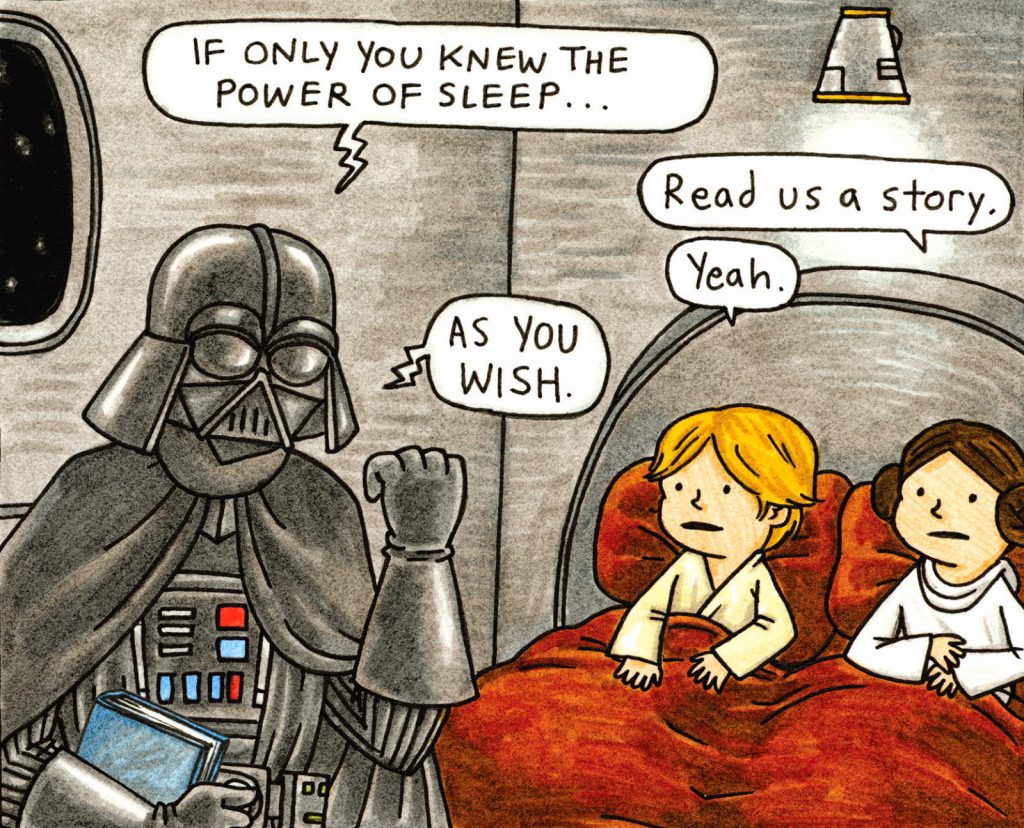