So, the early reviews are out for Guardians Of The Galaxy and they are ULTRA AMAZBALLS PERFECT SUPER DOO.  I honestly expected no less from the film when it came to reviews amongst fans and critics and yet there are critics who are DARING to take issue with or even simply fail to read the praise of Guardians Of The Galaxy and grovel at the knees of the movie while declaring James Gunn himself overlord of the known universe.

These charlatans are being assailed as “heartless”, as “not being human” and even “lacking the capacity for emotion and fun” (not to mention the “Harlot” comment left about one female reviewer).

Critics and fans are people with opinions and even if that alone does not say anything then remember that in the case of Guardians Of The Galaxy those in question did not trash the movie, their single transgression was taking issues with part of the movie or perhaps they did not like it as much as THEIR critics did, I will also add they liked and praised the film overall.

That by itself, I believe, makes the bile and hate directed at these people even more disdainful. All of this directed before a critic for no other reason than they didn’t like something YOU wanted them to like?

What the hell is wrong with you people? 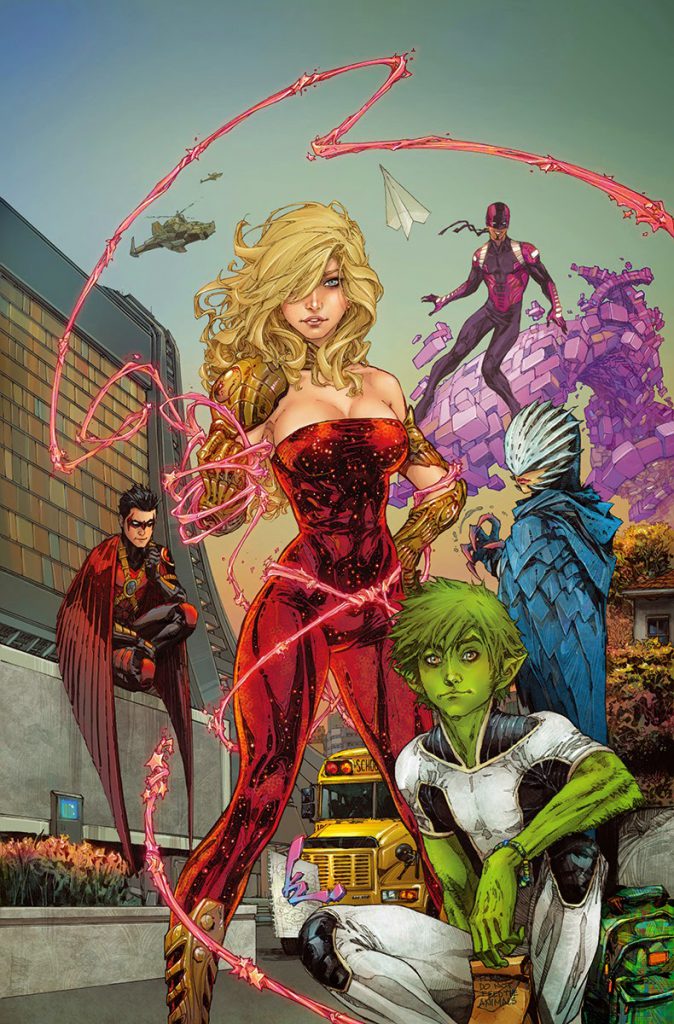 Janelle Asselin was viciously attacked 4 months ago over her (valid, I think) statements when it came to a Teen Titans cover culminating in multiple rape threats.

As described on her webpage Janelle is “Editor. Geek. Feminist.” She is also someone who has worked in the professional comics field for a considerable amount of time so she knows comics.

As if somehow violating her in a most brutal fashion would “teach” her that she is wrong to have thoughts of her own.

The nerve of that woman, to think on her own? BAH.

Only a high level of misogyny would somehow equate rape with “How dare she have thoughts and feelings about Teen Titans that run contrary to my own.”

You might as well tell her to get back in the kitchen and take those damn shoes off.

Before we analyze this all too much though, let me reuse a few choice snippets of text from a column I used to write for another site which are oddly relevant in this case (yes, I am about to plagiarize myself).

“When you believe that there is such a dominant force in whatever niche you are part, that any outside “interference” is akin to an attack then you have not only gone too far but also gone beyond the point of no return really as you have shown just how elitist and self-centered you feel you need to be in a vain effort to “protect” this one thing in your life that has meaning.”

“Isn’t it the POINT of criticism to analyze and therefore look for the fault within whereas fawning over something is the exact opposite of criticism? To laud otherworldly praise on something is dangerously close to propagandist and this is an area I feel far too many avenues within ‘geek culture’ tread. When you just tell people how much you love something you are NOT being critical but you are praising which seems innocent enough at first but quickly turns into blind adherence and lets face it, reading/viewing something negative is much more interesting than a bland world of primary colors and everyone getting along. Also, being critical in a negative way should (in theory) keep the products being spoken about from being mindlessly consumed in an inferior format and should force higher quality levels. When you read a review of a movie that is just exploding from the seams with praise and how amazingly awesome it is does it not strike you as a tad… disingenuous at the least and perhaps even like that of a planted review or something in the vein of David Manning? Now, when you read a review of a movie that points out the faults (there are always faults) do you not get the much more overall feeling that this lands closer to being CRITICAL than being either shilling or from hating?”

Those paragraphs point out the difference between being CRITICAL (of which “CRITIC” would be the source) and of being a blinded acolyte.  Keep that in mind for the rest of this as what I am saying has merit if you allow it to have merit.

This issue of threats and name calling to CRITICS is beyond idiotic and is borderline psychotic behavior… at the very least these are the sycophantic acts of children.

Failing to like what you adore is not (or at least should not) be a reflection on you but instead be showing you the varying tastes of people in general as well as variances in pleasures which we all have. Whether I condemn or lionize a film or any such art that should in no way dissuade you in any conceivable way though for enjoying that art as you would.

Now, that all said, if you like the movie then by all means you should enjoy the movie for what you like about it and not let anyone else move you one way or another.

Many of you will not just go out and have fun with Guardians Of The Galaxy though will you? 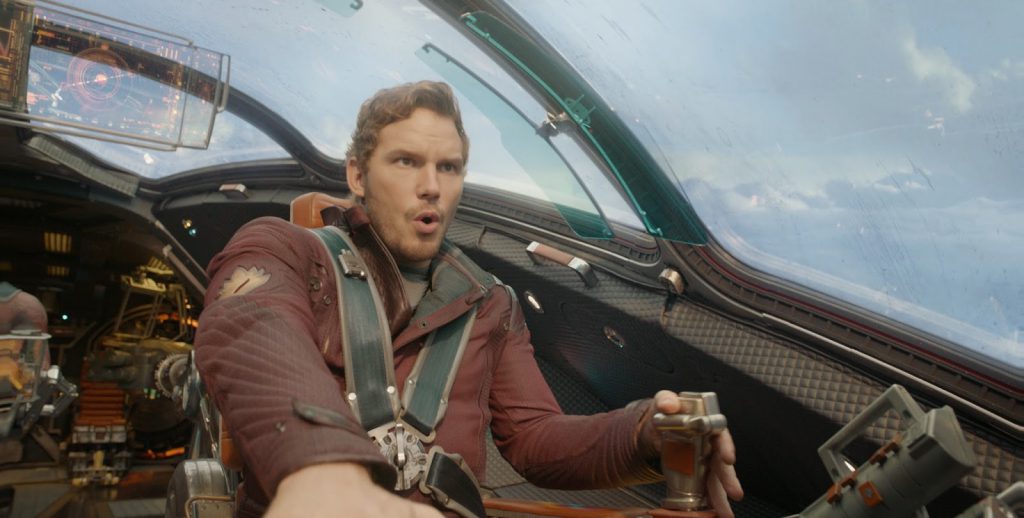 You will somehow let “renegade” critics, who are off the reservation and all rogue, control you and push you into a corner of anger and hate… you will seethe with rage that they not only don’t hold your opinion but are okay with not holding your opinion which is somehow an attack on you and therefore must, at all costs, be hindered. Do you think that verbally vilifying these people that, as in a war of attrition, you will kind of wear down defenses, that if you badger them enough they will put their brain in the machine, add detergent and come out being part of a collective that sees nothing wrong with forced adherence to an arbitrary standard.

Holy crap that was a run-on sentence, but one I feel was necessary

Why must everyone be converted into a mass of uncritical protoplasm only allowed minor leeway in how ‘geek culture’ is presented?

I hear the term “Criticproof” when it comes to some films such as the Nolan Batman movies and The Avengers.

What does that even mean? Criticproof?

That the films are just so good that no criticism will stick to them or that they are so loved by the populous at large they become impervious to having faults becoming more than regular films? Does a human shield of fanboy rage dissuade others from even thinking impure thoughts about the lords of geek film?

Where did this whole notion of it being the critics FAULT for their review even come from?

I read that once, that it was the FAULT of the critic having thoughts of their own that halted a film from being “perfect” in the eyes of the culture that is pop. Isn’t their review (any review let alone criticism which is not the same thing) the reason that you read a review? To see what the critic liked or did not like in a film? To read their OPINION on a film?

Why then has it become commonplace for a review to be nothing more than towing the party line be that line what the geeks want or the corporate bottom line?

Let this sink in for a second, if David Manning could snow the public for well over a year then what does that say about the stake critical opinion even has?

When Gamespot can blatantly shill for Eidos using PAID POSITIVE REVIEWS to move a so-so game then that right there says that reviews have no real meaning, so why ascribe such weight to the fact that not everyone shares your opinion?

Happy Madison movies are always terrible in every sense and yet they are hit after hit after hit with nary a positive critical review of them so what does it matter in the end? 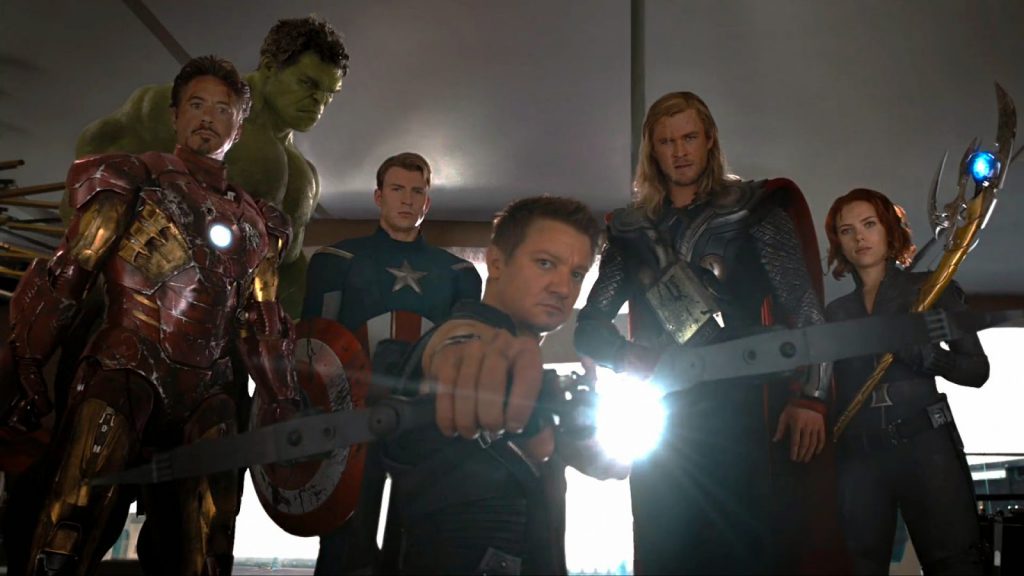 I remember one reviewer that LIKED The Avengers but had some problems with it and he was shouted down as being a “hater” or even worse he was viciously attacked both personally and professionally due to simply having logical problems with things where logic is ignored.

If you liked The Avengers and think it was the most awesomest film ever made then so be it, but then how am I or any other critic WRONG for not having the same opinion as you?

You can get facts wrong, but opinions have no right or wrong.

A friend of mine had this happen to him over The Dark Knight Rises where his fans just could not accept that he did not love the film, to the point they were making excuses why he might not have liked it. “Maybe you were tired”. “If you watch it again and you know this and this and this then it’s a better film”.

Some even got angry with him over the single act of not liking a film they WANTED him to like as if him sharing their opinion somehow validated theirs, which to me says that they were not free thinkers but simple followers. 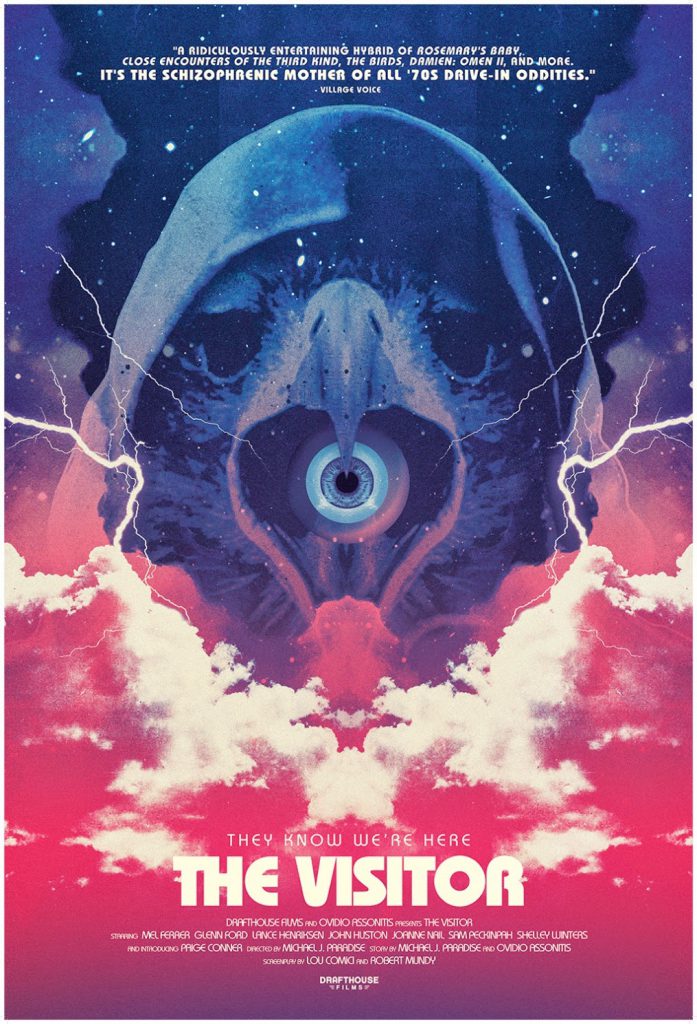 That says far more about the fans than it does the critic I must say.

I absolutely love the 1979 movie The Visitor but I can easily see how that film will be a turn off for many people and yet I don’t let their malaise towards it effect my enjoyment of it in the least.

Hell, I seem to be in a very, very small group of people that think Book Of Shadows: Blair Witch 2 is an amazing film while 98% of people don’t even hate the movie, they despise it to it’s very core.

That does not change how I enjoy it.

Opinions are just that, opinions, and criticism is essentially opinion although with some fact mixed in.

Facts are facts and unchangeable as such, opinions are (literally):

“a view or judgment formed about something, not necessarily based on fact or knowledge”.

So my tastes and your tastes do not align, so the hell what? Show me how varied tastes equal anything worth getting worked up over in any real way?

I can’t stand most (all) of the music or movies today, I am an old curmudgeon and YOUR enjoyment of things I don’t enjoy has no bearing on my dislike anymore than someone else who despises something we both enjoy.