It’s been a sad roller coaster these past few weeks in Blerd Vision-ville.

My father suddenly died Aug. 5 after a battle with cancer.

As expected, it’s been a heart-wrenching time of grief for my family and me.

I was named after my dad, who worked nights so that my mother could move forward in her career and so that he could raise my brother and me full time. His own father was killed when he was 2 years old. Because of that and other numerous family problems, I think ultimately my father wanted to create a family the way he believed it should be.

He picked us up from school, did the lion’s share of cooking and house cleaning. No wonder I don’t believe in housework as “women’s work.”
My father was my hero and inspiration in so many ways, and that includes my geek life.

My music and toy collections, my love of George Carlin, deification of John Coltrane and Miles Davis, and enjoyment of drawing and singing all have roots with my father.

He was the big kid with thousands of jazz and R&B albums, hardcore audiophile equipment, an assortment of electric trains, a love of The Day The Earth Stood Still, and the ability to draw Batman perfectly from a sticker.

These days, I’m hit with waves of memory. I consciously try to remember his voice, his face, the smell of his pipe tobacco.

I’d rather celebrate him, and sometimes I do, but I still mourn him. And that’s OK. This is the order of things.

And so the pop culture sinks in. Those TV and film moments of pop fatherhood that stick in my mind.

Despite the years of being turned to farce, there is something primal and deeply emotional in the scene when, after James Evans is killed in a work accident, Florida breaks down and cries out, “Damn, damn, damn!” and collapses in her children’s arms.

James, the workaday father scrapping to keep his family afloat and children alive in a hostile environment and fighting daily indignity. It was John Amos, so powerful and defiant as Kunta Kinte in Roots.

He was a superman. He was indestructible. And then he was gone.

Holding my weeping mother in the immediate days after my father’s death, I know up close what Florida felt and Esther Rolle effectively conveyed.

Even though Big Fish will sit among Tim Burton’s least-remembered films, I liked this fantasy of a dying father and his wounded journalist son enough when it came out. Amid all the goth tones in Burton’s work, there’s a deeply sentimental strain, and the end of this film leaves me bawling. Burton made this film within years of both his parents’ deaths, and the melancholy seeps into it.
My father was known for his stories and tall tales much like Edward Bloom. For example, he had a story about how when he was in the Air Force, he got really drunk one night with his buddy and woke up late for a radio communications assignment. Well, that job was for John Glenn’s famous orbit around the Earth in 1962. Dad would tell this story only for my mother to roll her eyes.
I, the journalist in the family – like Will in Big Fish – started checking out the story. I was never at odds with my father, unlike Will, but just as he did, I found out more reality to my father’s story than for what he’d been given credit. I read accounts of “radio problems” from the Bahamas checkpoint, which is where my father was stationed. 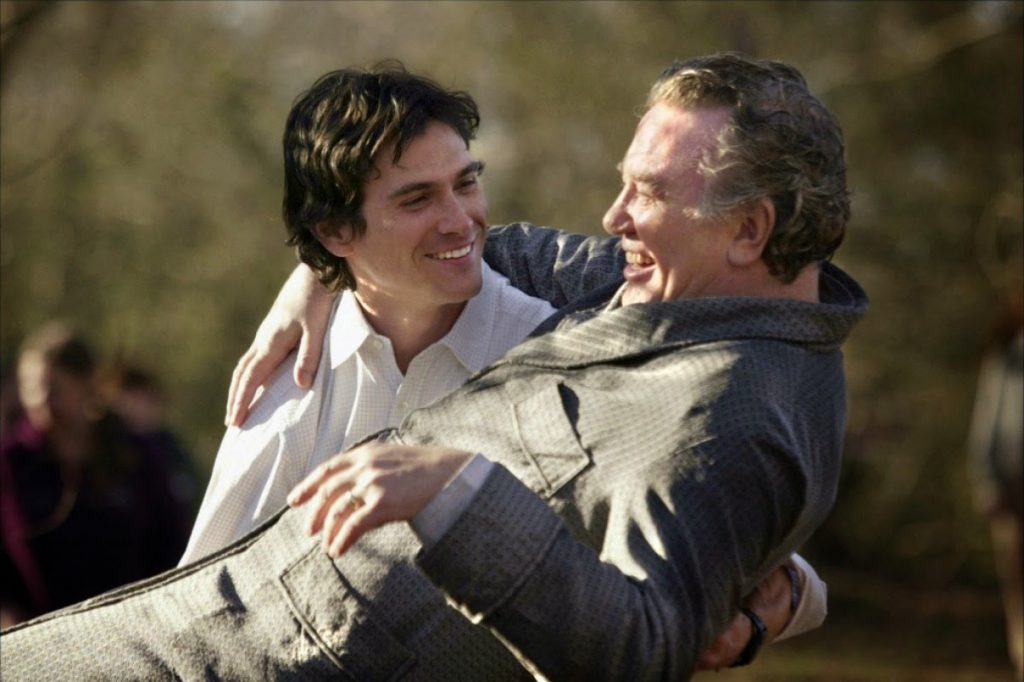 When I first saw Big Fish, the end of the film struck me square in the face, as Will carries a dying Edward to the river, as everyone in his life appears to bid goodbye. For the day my father would die, I thought, I hope it’s with me and my family, to hold him while he passes away.
Dad collapsed at home, his last moments in my brother’s arms as his heart gave out. At his funeral, I, my brother and several family and friends spoke and told my father’s stories. I’ve started writing them down to share.

My father, like Edward, continues to live as one big story.

My father was a big Superman fan. He was born five years after the Last Son of Krypton arrived in Action Comics No. 1, so Dad grew up in thrall to the 1940s and ‘50s fervor of the man who could leap tall buildings in a single bound.

Ever hear about kids who hurt themselves playing Superman by jumping off something with a towel around their necks? My father jumped off a one-story garage and broke his arm.

The past few years, I bought him more than a few Superman-themed Father’s Day cards. I gave him one this past June, with “to my unbreakable father” written inside.

When Man of Steel came out last year, I planned to see it with my father. We each saw the film separately, though, and talked a few times about it. I remember how mixed reception was among the nerd community for Man of Steel, but my father was really intrigued by the new spin on Jonathan Kent. If you had to raise a child with godlike powers, worried that the government is ready to take him away and turn him into an experiment, how would you behave? 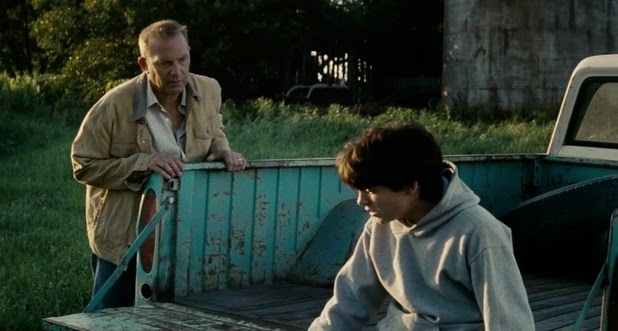 I remember thinking as the film neared its end, images of a boyhood Clark running with a towel around his neck and Kent looking on, that I missed my father and he’s alive. This was shortly before my father’s back surgery to keep his spine from cutting off nerves in his legs. Before his recovery. Before he started losing weight and energy drastically, and the doctors found the cancer.

I think of the times that my father would encourage me to wait for the right time, the right place. As a black man the same age as Emmett Till when he was murdered, my father believed in carrying himself with a sure-footed air of untouchably defiant cool, even though so much roiled underneath. Someone could snatch you up at any minute. Be ready for that. Have an armor.
The outside didn’t get to know too much of the real you, because then they could try to control you or destroy you. That interior person came out when ready, when needed. And in time, everything would merge together into the full version of what you need to be in the world. And then, like Jor-El, saying to go take on the world.

My father would have walked into a tornado for me. He almost punched out a nun who mistreated my brother in grade school. As a beat cop in 1970s ready-to-race-riot South Philadelphia, he marched a group of white guys down to the precinct in the summer heat after one of them called him a racial slur.

That twister wouldn’t have stood a chance.