No show should be judged on the pilot alone. The pilot’s job is to set the tone, introduce characters and hopefully establish the show’s premise. But a show can and should be judged by the second episode because who has time to invest in a show beyond that if it can’t hook you by then.

The episode’s main plot involves homeless kids being abducted throughout the streets of Gotham. This is a scenario I could easily see happening in Gotham, and no doubt has before (An episode of Batman: The Animated Series, “The Underdwellers” comes to mind). It’s a simple enough case for the GCPD to handle, that’s not beneath them but also wouldn’t require a caped crusader to step in.

But was it worth tuning in for? Let’s examine.

The Penguin is still riveting, knowing just how to play up his weirdness without venturing into Riddler territory (more on that later). 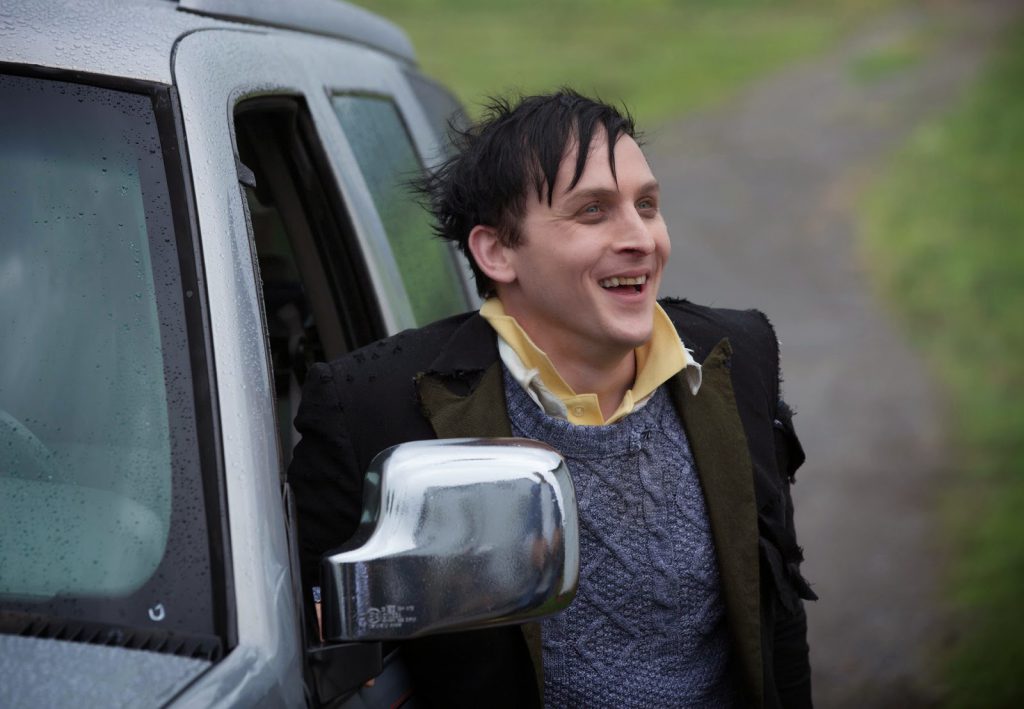 Robin Lord Taylor’s performance is nuanced, where he doesn’t have to articulate everything he’s thinking and feeling in order for us to know where he’s coming from. The Penguin has previously placed mid to low on my ranking of favorite villains, but this show may end up bumping him up a notch or two. Unfortunately he is very much the B story as he rebuilds and plots his revenge. As long as he remains this captivating, he won’t wear out his welcome anytime soon.

Ben McKenzie is beginning to grow on me and while he still has room to impress, he’s a strong enough screen presence to keep me interested and not wishing they had cast someone different.

Catwoman, or Cat, actually gets some dialogue in the episode so we get a lot more of her and her personality in this one. So far I like her in that she’s a tough street kid who may steal, but isn’t what you would classify as a villain which is the best direction you can take with her character. She also looks the part and is believable in that you could see her one day becoming Catwoman.

“You have no idea” seems to be Gotham’s “I have a bad feeling about this” as it’s spoken twice, once by Gordon and again by Cat in the final scene addressing Gordon. Either this line is used as a way to connect the two and show us that these characters are on the same side and are forming a bond, or it’s just lazy dialogue, which in that case comes off a bit cheesy. I hope I’m not giving the show too much credit for subtly foreshadowing their relationship going forward but if the rest of the show is anything to go by, I am.

The show hits you over the head repeatedly with the fact that “this is Gotham, of COURSE it’s corrupt.” On more than one occasion, the subject of Gordon “getting with the program” is brought up. Why did the GCPD even hire this guy if he’s viewed as such a saint in their eyes? Hopefully they’ll lighten up on this spoon-fed exposition in future episodes and let the audience decide for themselves what Gotham is or isn’t.

The Riddler. What else can be said except his quirks are a bit too quirky for live-action and makes him feel like he’s dropped in from a different show. It doesn’t help that when he cartoonishly pokes him head in frame, the ominous music strikes up on cue, practically advertising in neon lights that this guy is up to no good. So far the Arkham Asylum games have treated this character with more seriousness than this show has, which should be no surprise as The Riddler as written by Paul Dini, is top notch. With each scene involving Nygma, I’m hoping we see less of him, not more, and that’s a very bad thing. If he shows up in the next episode with a big question mark on his tie I will facepalm so hard.

Detectives Montoya and Allen are still very much non-characters, and I’m starting to get the feeling this isn’t going to change much. Gordon and Bullock are definitively the show’s stars and this is not an ensemble where all the detectives share equal screen time. I don’t imagine we’ll ever get an episode where these two are the lead detectives on the case we’re following and Gordon and Bullock are in the background but we’re still only two episodes in so I’ll let it go for this season and see where they take these characters after we’ve gotten to know our leads better. The one thing we do know is that they are honest detectives. We know this because Montoya says so out loud. I’m glad we got that straight. 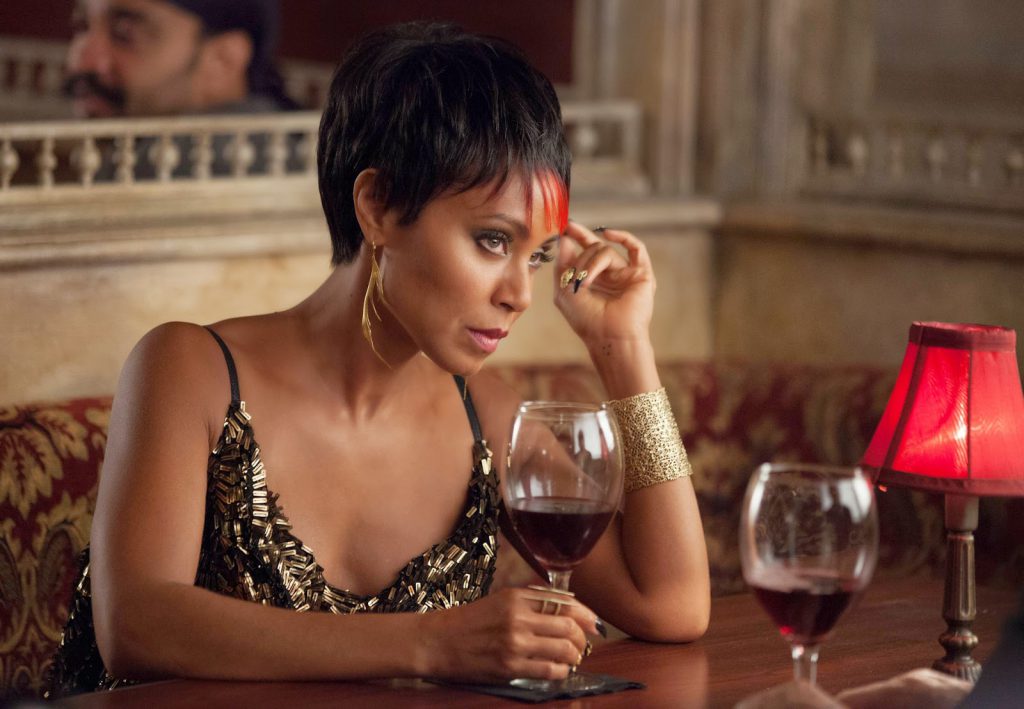 Jada Pinkett Smith continues to chew the scenery of every scene she’s in. I wouldn’t go as far as to say she’s bad, but definitely one note. I’m far more intrigued by John Doman’s portrayal of Carmine Falcone who comes off as a dangerous enemy to make without having to force a menacing glance.

Once again Barbara’s scene revolves entirely around Jim but at least she shows a little feistiness, tipping off the Gotham Gazette to the case Gordon’s working on in order to help him. Let’s see more of that. This is the mother of Batgirl after all.

The scene between the detectives and Fish feels forced, like they were purposefully writing her into their investigation to give her more screen time. This is what the comics will always have over a serialized show like this. A comic writer can drop characters in and out of his plot at will as is needed to tell his story whereas with a show that deals with a cast of actors, you have to worry about availability, writing them out if they have other commitments, or forcing them into scenes they don’t belong because they are part of the cast and must be used in ‘x’ amount of episodes. Hopefully that’s not the case, otherwise they risk us getting sick of some of these villains as opposed to clamoring for more.

The guest villains (Frank Whaley and Lili Taylor) in this are so cartoonish that I don’t know where to begin. The less said about them the better so all I will say is hopefully that’s the last we’ve seen of them.

So how does it stack up to the Gotham we know and love from previous incarnations?

Alfred continues to be a hard ass, trying his best to make us not like him, and displaying none of the wit that’s previously defined him for decades.

One of the best scenes is between Gordon and Bruce when he goes to visit the boy upon Alfred’s request. Bruce gives us an inkling of what he’s destined to become by slipping in on a conversation unannounced and furthermore when Alfred explains that the Waynes instructed him to support Bruce in whatever path he chooses to take. 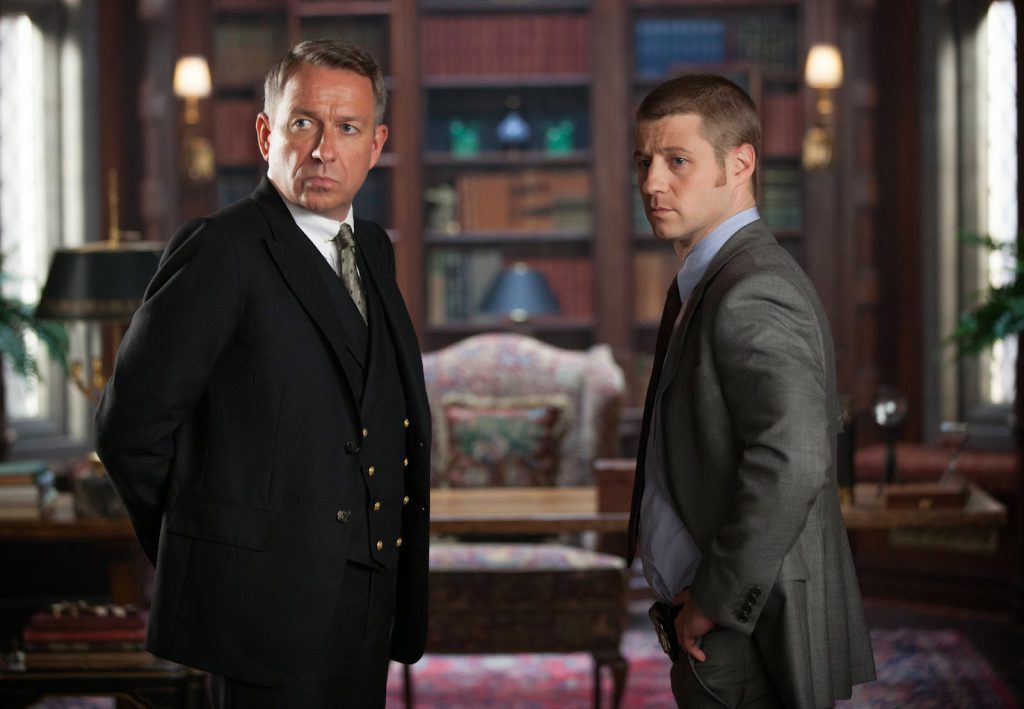 This is a very different relationship between Bruce and Gordon than we’re used to seeing but hopefully it continues to capture the same spirit and develops further because the show needs something for us to latch on to.

Arkham Asylum is dropped into conversation a couple times, informing us that it’s been closed for 15 years. Is this possible foreshadowing as the freaks continue to pile up that we may see it reopening or just a nod to the fans? Let’s hope the former.

In the preview for next week’s episode, we catch a glimpse of what appears to be Professor Pyg. Should be interesting to see how he plays in live action as before we’ve only seen him animated in Beware the Batman, but it’s cool to see they’re pulling from more recent villains as well.

The real question surrounding this show is can it survive without Batman? Plenty of other police procedural shows have, so why not this one? 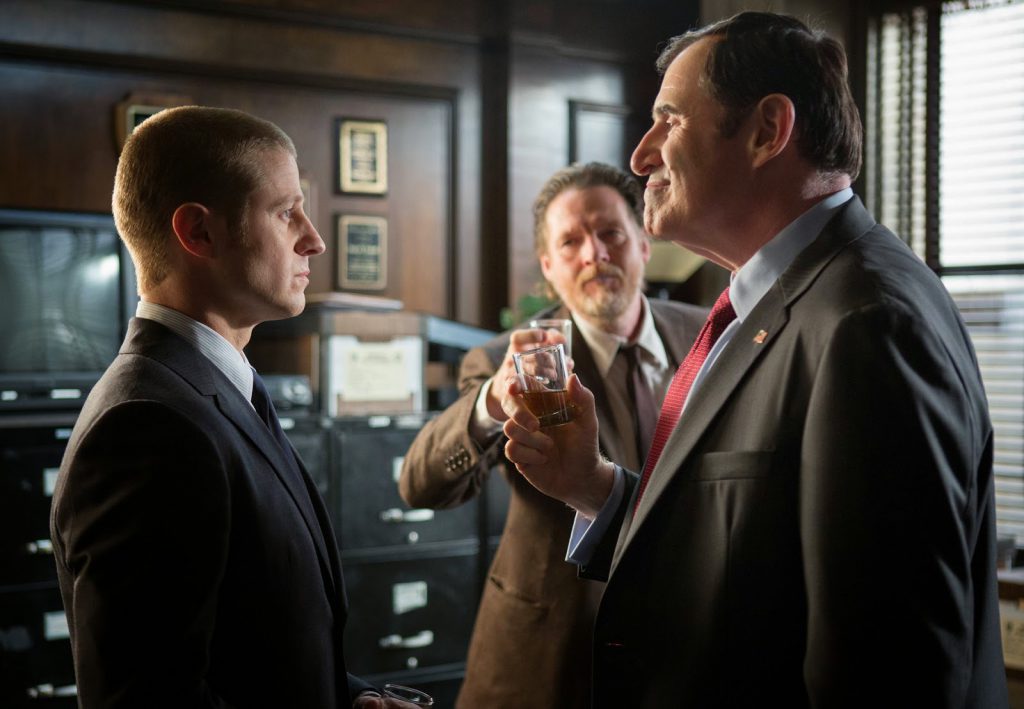 This is the thing Gotham has working against it the most, as setting a show in Batman’s city makes fans yearn for the dark knight to hurry up and rise. He casts a very large shadow and that’s going to be hard for this show to overcome.

I think it absolutely can thrive without Batman, but in order to do so, they need to write these characters as interesting as possible so that we don’t have a chance to miss him. If not, it will suffer the fate of Birds of Prey before it.