The Film Society of Lincoln Center just completed an incredible complete retrospective of the films of John Waters, celebrating 50 years of his contribution to cinema.

I’m a pretty big fan of Waters, having been arguably too young to have experienced Pink Flamingos on VHS as a kid.  I mean, it was in the horror section.

Hairspray was a definite favorite of mine pre-musical mainstream madness took that away from me. Polyester was a must see every time it played on the campus of U of M, which I dragged many an aghast date to. 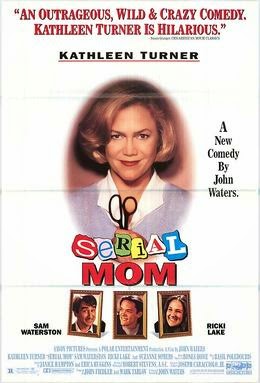 I even had several of his books in college and would refer to his warped take on film history to save me from the dullest homework assignment on John Ford.

But it wasn’t until this recent retrospective that it occurred to me that his most perfectly realized film is the 1994 comedy shocker Serial Mom.

Serial Mom was not a massive box office hit.

It never made its $13 Million budget back, and hardly had a wide release.  It also didn’t help that it received the usual split review reaction from the critics.

Luckily it came to my hometown in Michigan, where nice people don’t laugh at jokes about cold-blooded murder, anti-hero fame, and wearing white shoes after labor day.

That is, of course, with the exception of sickos that get Waters’ sense of humor and brand of satire. 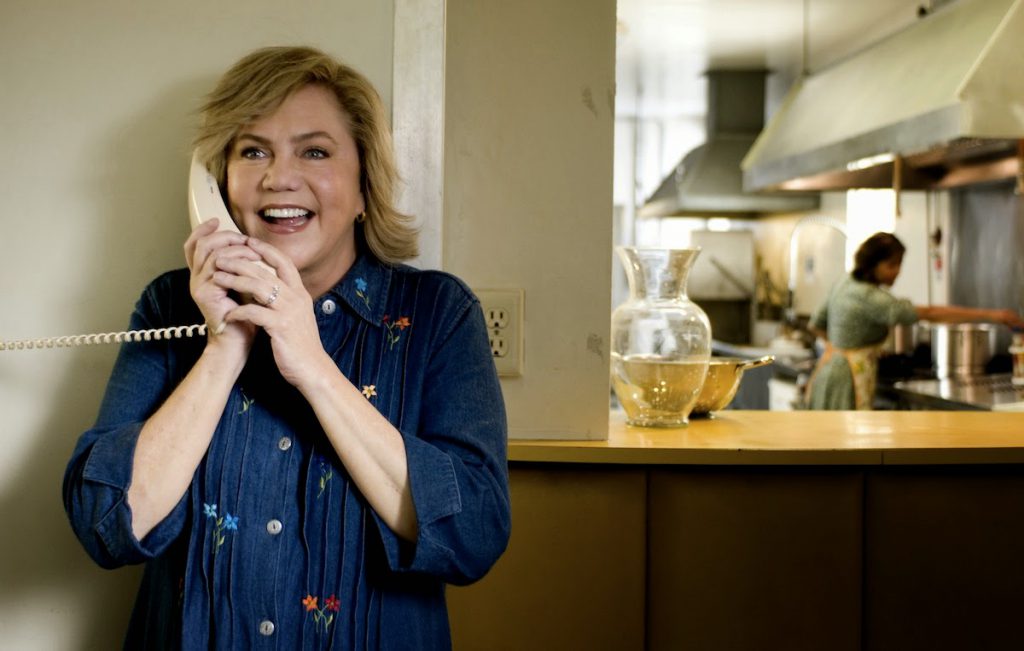 Us sickos sat in glee as Kathleen Turner went on a gradually increasing murder spree, all while wearing a sensible polka dot dress, high  heals and white pearls.

We laughed at the films ability to puncture the clichés of true-crime melodrama, while celebrating the public’s appeal of serial killers with a story to tell.

It would be nearly two decades before Dexter Morgan made vengeance killing entertaining for eight bloody seasons.

But Serial Mom’s Beverly Sutphin had no code other than “don’t get on her bad side.”

Even the earliest John Waters films, like Desperate Living or Multiple Maniacs have a tiny moment of sympathy and, dare I say it, respect for their main characters that travels to the audience.  In his later films, the director was both celebrated and criticized for plucking the heartstrings in favor of filth.  I disagree, because Waters can still pull out an offensive filth-fest like A Dirty Shame that shocks while being silly fun. 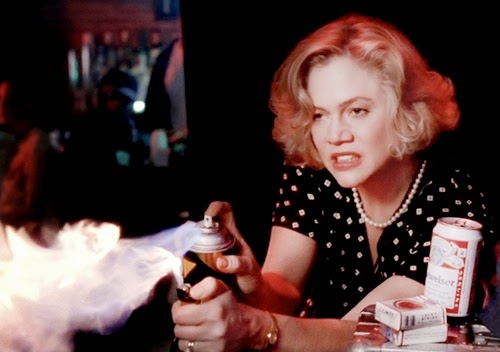 Watching a beautiful 35mm print last week of Serial Mom made me respect its perfect medium between heart and horror.

The look of the film is a throwback to the technicolor intensity of Douglas Sirk.  The score (by Basil Poledouris, no less) is a tribute to Bernard Herrmann’s Vertigo.  The social commentary is pure John Waters.

Enhanced by a sold-out metropolitan crowd, I laughed at jokes I simply didn’t appreciate 20 years prior. 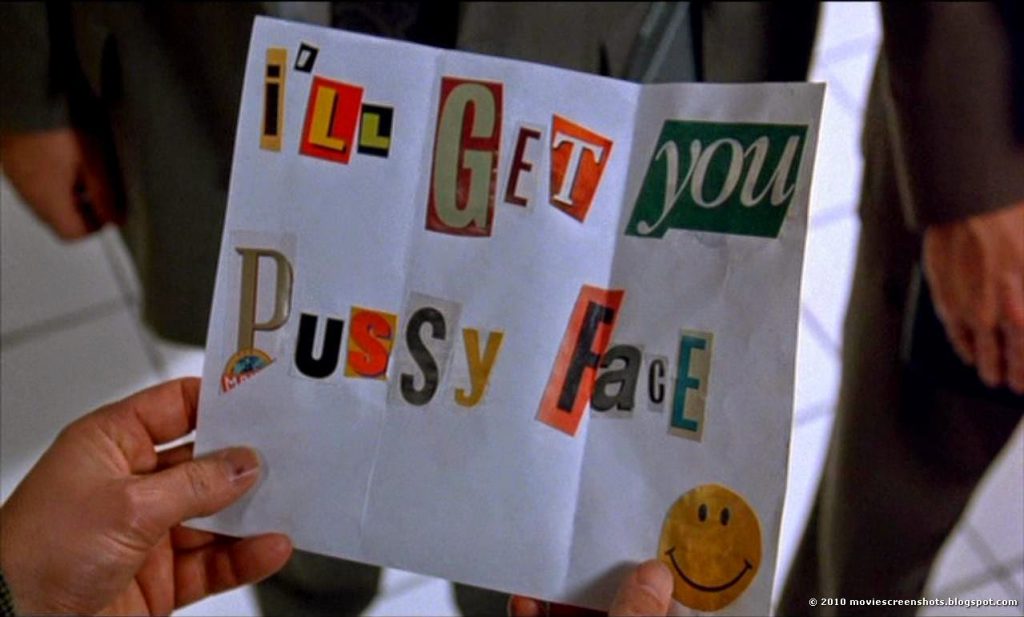 A ransom note carries the P from Premiere Magazine, Blood Feast gets screen-time as the “Citizen Kane” of gore films, a tacky video store customer doesn’t rewind her copy of Ghost Dad (“I just love Bill Cosby pictures”) and Suzanne Somers plays herself when she’s signed on to play Beverly in the TV movie based on the murders.

Waters knows when to ridicule pop culture, and watching this film 20 years later, there are standout laughs around its period.

By the way, Kathleen Turner was there to introduce the screening with John Waters, and I was truly overjoyed to hear her admit it’s one of her proudest performances. Though that caught me by surprise, I don’t think anyone would argue its her most twisted.

SERIAL MOM is available as a Collector’s Edition DVD and Blu-ray from Focus Features.  It includes commentary with John Waters and Kathleen Turner and contains documentaries about the film, as well as a side documentary called The Kings of Gore celebrating director Gordon Lewis and producer David Friedman.