How many of you have heard of Cropsy? What? Never?!

Don’t worry. Neither had I.

I had even forgotten that Cropsy was the killer in The Burning until I was reminded.

Cropsy is a bedtime story that Staten Islanders tell their kids to get them to stay in bed.

He’s the Boogyman of the Northeast. 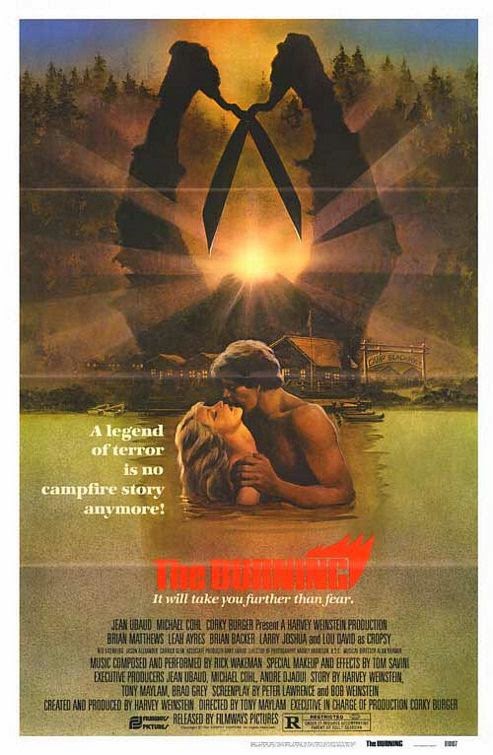 This is one of those 80s movies that everyone has almost completely forgotten about. And that’s a real shame. It’s one of the better Friday The 13th wake movies. Quite possibly THE best.

The movie starts with a bunch of campers getting their revenge on a camp caretaker that they hated. Sadly, their prank goes horribly, horribly wrong and he becomes the worst burn victim in the world.

The man’s name, of course, is Cropsy.

Fast forward a few years and Cropsy is back. He’s creeping around the camp again to get his revenge on…kids who had nothing to do with his life being ruined. But that doesn’t matter! All kids did it, right?! They do, however, take the time to tell campfire stories about Cropsy to scare the younger campers.

The thing that really sets The Burning apart from other camp movies is that you actually kind of know these kids. There aren’t any killings until half way through, so you get to know them and even like some of them. For modern viewers, it doesn’t hurt that some of them are played by Jason Alexander (with hair!), Holly Hunter, Fisher Stevens and Brian Backer (Fast Times At Ridgemont High).

Then there’s the gore. The Burning might be the goriest of these flicks. It’s pretty awesome stuff done by the Master, Tom Savini.

So, what does all of this have to do with the real Cropsy? Watch on and see… 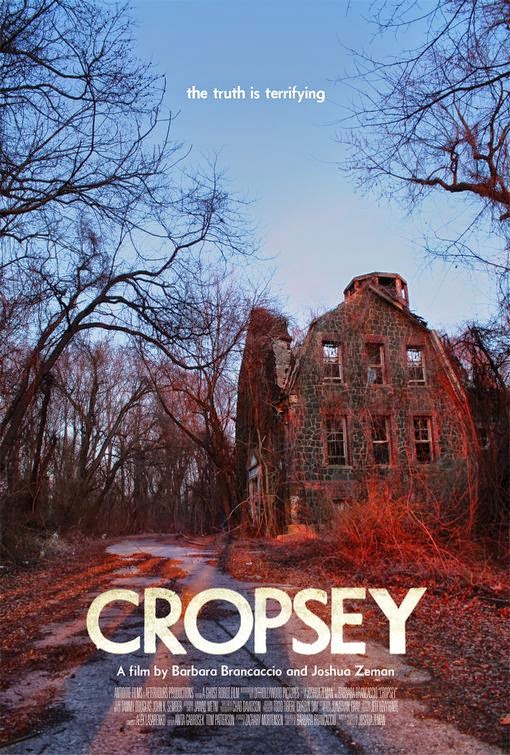 Staten Island was a deserted island until 1964 when the Verrazano Bridge was opened. That’s when people started to live there. It’s the ‘burbs of NYC.

Before that, though, there was Willowbrook, an asylum that was built for 4000 inmates.

Unfortunately, there were 6000 living there. When it was closed, many of the inmates were left to their own devices. That’s when Cropsey suddenly became real. He wasn’t just an urban legend anymore. Kids started to actually disappear.

Brancaccio and Zeman grew up on Staten Island with the legend of Cropsey.

They were kids in 1987 when the legend became real. Everyone thought Staten Island was safe. But they didn’t take into account that the island was a dumping ground for mentally disturbed and ill kids.

As the two filmmakers dig into the case of Cropsey and the accused Andre Rand, they get deeper and deeper into a labyrinthine tangle of myth and fact. They can barely keep the two straight.

Cropsey is a creepy damn movie. Kids getting (all with mental disabilities) kidnapped and killed by a mysterious man? Frightening as hell. The man that they think did it was an inmate at Willowbrook, but he may have been a scapegoat.

Could Cropsey still be out there 17 years later?

Really, there’s only one part of the movie that I don’t like. The filmmakers go to the abandoned Willowbrook…at night. Really?! Why would they be that stupid? ANYTHING could be out there!!

This double feature really shows the two sides of an urban legend. Crops(e)y is both fact and fiction.

He’s a killer and a story. He’s a thrilling fright and a genuine, soul-crushingly disturbing scare.

As for Andre Rand, he could either be an emotionally disturbed scapegoat or the mastermind of a manipulative cult.

We may never know the truth about him.