Hard to believe that the same man who directed Whitney Houston’s poppy, upbeat video for “How Will I Know,” Donna Summer working hard for the money and Olivia Newton-John urging us to get “Physical,” also gave us the dark, disturbing video for Peter Gabriel’s “Shock the Monkey.” 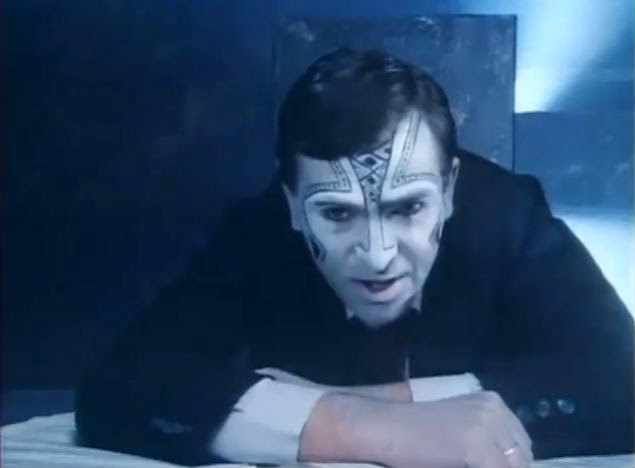 Brian Grant, who went on to direct TV episodes of “Doctor Who,” “Hex,” and the 1995 action film “The Immortals,” recently did an interview on the Old School blog, where he discussed the inspirations for the video and why it’s still the one he’s proudest of.

“Shock the Monkey” was the first song from Peter Gabriel that charted in the U.S. Top 40, and that’s largely thanks to this unforgettable video. You might be more familiar with Gabriel’s later whimsical videos like “Sledgehammer” and “Big Time,” but I’ve always preferred “Shock the Monkey,” which plays more like a late-night horror film than an advertisement for a new song.

The video features Gabriel in two guises: First as a harried modern-day businessman and then as a white-clad shaman with his face painted white in tribal markings. By the end of the video, he’s given in to his more primitive self. 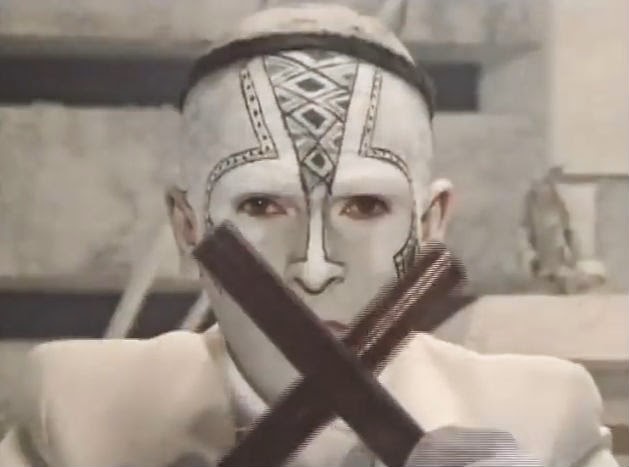 Grant described the concept as “men, as time has progressed, have sort of lost their primeval instincts. As we become more modern and the more technology takes over, the less instincts we have. That’s what the two men in the video basically represent. The man in the business suit represents modern man. The man in all white is representative of his more primal side trying to tap into his subconscious. The white just felt more tribal, more primeval and we drew our inspiration from some tribes in South America.”

He said that Gabriel sought him out and that working with the singer was “one of the nicest experiences I have ever had. He is a brilliant man and a total sweetheart. He is really easy to work with and will do almost anything to get it right. He’s not high-maintenance. He’s a perfectionist, but in the nicest way.” 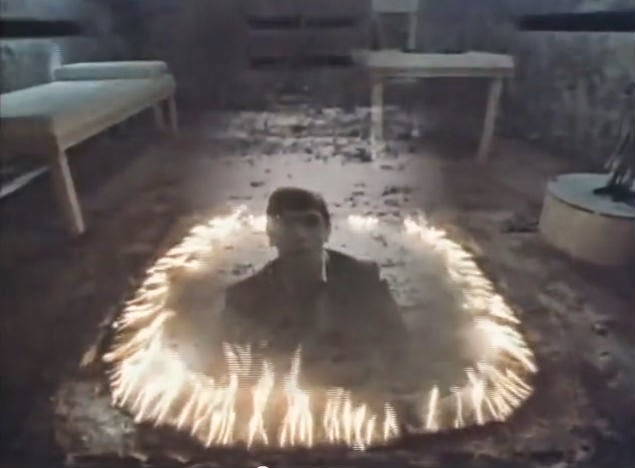 He admits drawing inspiration from Ridley Scott’s “Blade Runner,” which he’d just seen in a private viewing. “The lights inside and the lights outside, came because we had just seen ‘Blade Runner’ and I was fascinated by all of the machines and the lights that whizzed by outside the windows.”

He added he’s still proud of the video. “I think the ‘Shock the Monkey’ video is one of the best things I have ever done. It’s a great song, it’s a great artist. We got lucky that all of the imagery worked and it can be interpreted in different ways. Something very important about music videos is that you have to be able to watch them over and over again. The imagery must be able to stand up to scrutiny. I think it does in this case. The pictures seem to work with the music and people all seem to have a different opinion about it. I’m still very fond of it and, yeah, I think it is one of the best things I’ve ever done.” 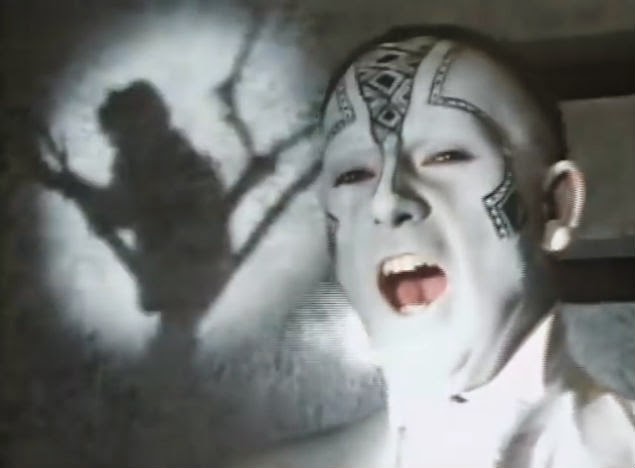 While many fans believe this song is literally about shocking someone, that’s the backstory of another Gabriel song, “We Do What We’re Told,” which was inspired by the infamous 1961 Milgram experiments in which subjects believed they were administering shocks to other test subjects and continued to administer higher and higher “shocks” when instructed to do so.

Gabriel has never elaborated much on the meaning of “Shock The Monkey,” other than to say in a 1993 interview, “This song is about jealousy and a sort of animal nature.”