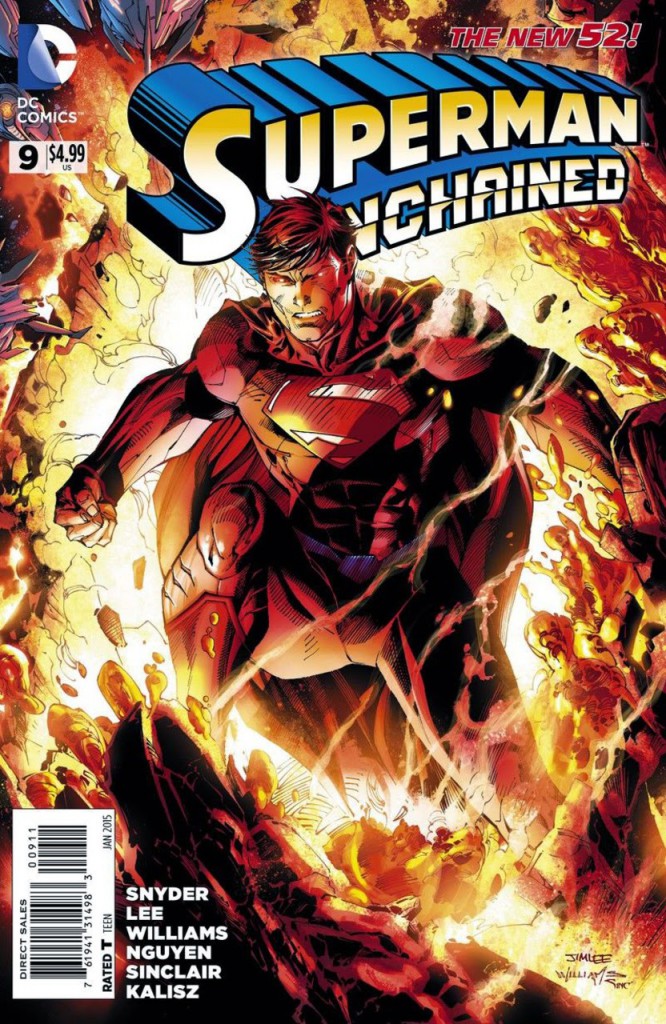 With several publishing delays, drastic character changes (Lex Luthor being a member of the Justice League) and the Superman ongoing series getting a new superstar creative team in the form of Geoff Johns and John Romita Jr, it was obvious that Superman Unchained wasn’t long for this world, even though it has been the quintessential telling of the Man of Steel’s exploits in the New 52.

Superman is faced with a choice instituted by Lex Luthor. To save the planet, Superman will have to seemingly take his own life. This isn’t new ground because Superman has been put in countless situations over the years where the selfless hero makes the sacrifice play in order to save the day.

However, Scott Snyder accomplishes an impressive feat with this moment by bringing back that much sought-after feeling of inspiration.

To do this, he uses Lex Luthor’s voice to hammer the point home that Superman is a candle instead of a beacon of light because he is just a man who stumbles through life. It’s during this poignant dialog that we see Superman fly up into space towards an armada of warships, without a plan. The no-strategy part is what Luthor was alluding to when he mentioned stumbling through life but, Superman knew he was the only one capable of stopping the aliens approaching the planet. So, he flies straight ahead, prepared for the worst, and hoping to somehow deliver the best outcome.

A lot of artists have drawn Superman over the years but there is something about the way Jim Lee illustrates him that brings about such splendor. From flight to fight, Lee’s tells an inspired story which shines during five pages of wordless imagery where one minute, Superman is clinching his fist with a look on his face that could topple a mountain and the next, to a weakened and frail state due to a red sun onslaught where it appears that he is about to make the ultimate sacrifice.

This conclusion is bittersweet in a sense that while we were provided this nine issue arc with an ending it so richly deserves, but it’s still over.

Wraith proved to be a phenomenal antagonist because he challenged Superman on such an innate psychological level that you almost forgot about the big brother physical strength he had over him as well. While it may be back to the mediocre storytelling for the Last Son of Krypton, this series is a perfect example of how to portray him in 2014. 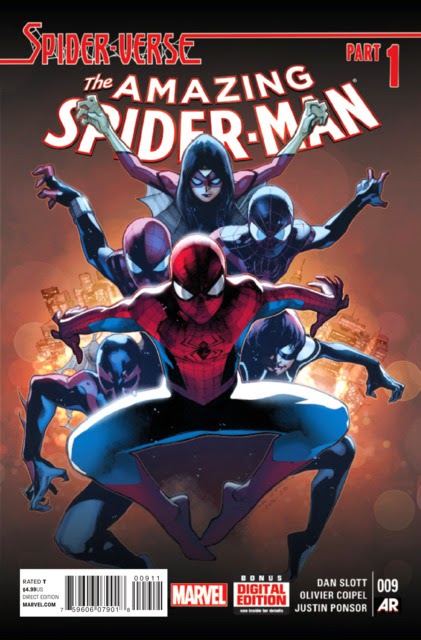 Spider-Verse officially kicks off as Spider-Men across the multi-verse band together to take on Morlun and his family who are hell bent on eliminating and feeding on Spider powered heroes.

Dan Slott shows off his storytelling prowess by weaving the perfect balance of humor, adventure, and despair.

The despair in particular forced me to become concerned for webslingers on the run as there was something that made me shiver about seeing Morlun and his siblings argue over who captured the best-tasting Spider-Man as their prey lay helpless on a silver platter at the dinner table.

You would think that gaining laughs would be a moot point in a story like this, but Slott pulls it off with subtlety by including some quick shenanigans with Spider-Ham and breaking the fourth wall by mentioning how Spider-Gwen is everyone’s new favorite. Oliver Coipel’s take on the Spider-Men brings about a presentation that lets them be introduced or reintroduced by letting them each have their own moment such as Ben Riley being brought back into the fold.

While Morlun isn’t my first choice as the main villain for such an undertaking, Dan Slott has made it work between this issue and the backup issues that came before it.

The overall strength in this issue lies in the fact that it is a crossover event with a purpose that has real stakes involved for the protagonists. The ending makes for a fascinating turn which should bring about some craziness in the weeks and months ahead. 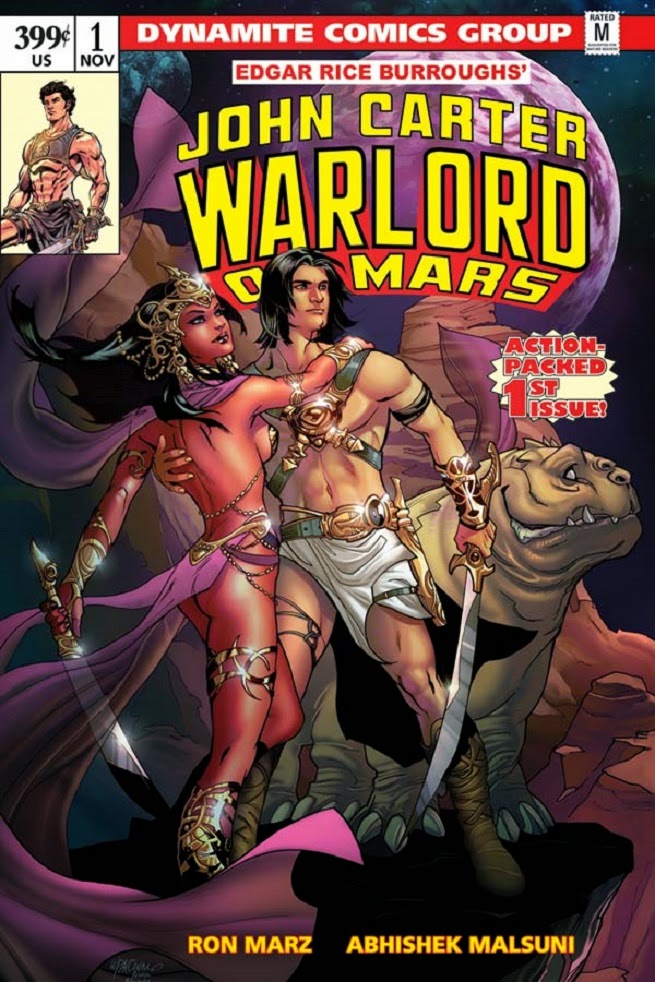 John Carter has been a regular in the rotation of Dynamite Entertainment’s comic book offerings.

However, this is a new series that is officially authorized by Edgar Rice Burroughs Inc., which is a refreshing stamp of approval since they recently regained the movie rights from Disney and plan on making another go at it on the silver screen.

This issue opens with Dejah Thoris, princess of Barsoom and wife of John Carter, being held captive in chains. Thoris is forced by her jailor to tell the truth about the history of her home world and its defenses, which serves as an introduction for those who are not familiar with the John Carter story.

While this is new-reader friendly, Ron Marz also establishes an interesting plot by involving the past of two worlds coming back to haunt the protagonists. Abhishek Malsuni’s artwork is gorgeous and highlights Barsoom’s exotic landscape with beasts and battles in almost every panel. Malsuni also illustrates a very attractive looking Dejah Thoris as her overall beauty coupled with her strength and conviction captures your attention which is a welcomed change instead of just going the T & A route.
I don’t think that I have ever been excited to read a John Carter comic book, but with a refreshed presentation and story arc, this one is off to a good start. 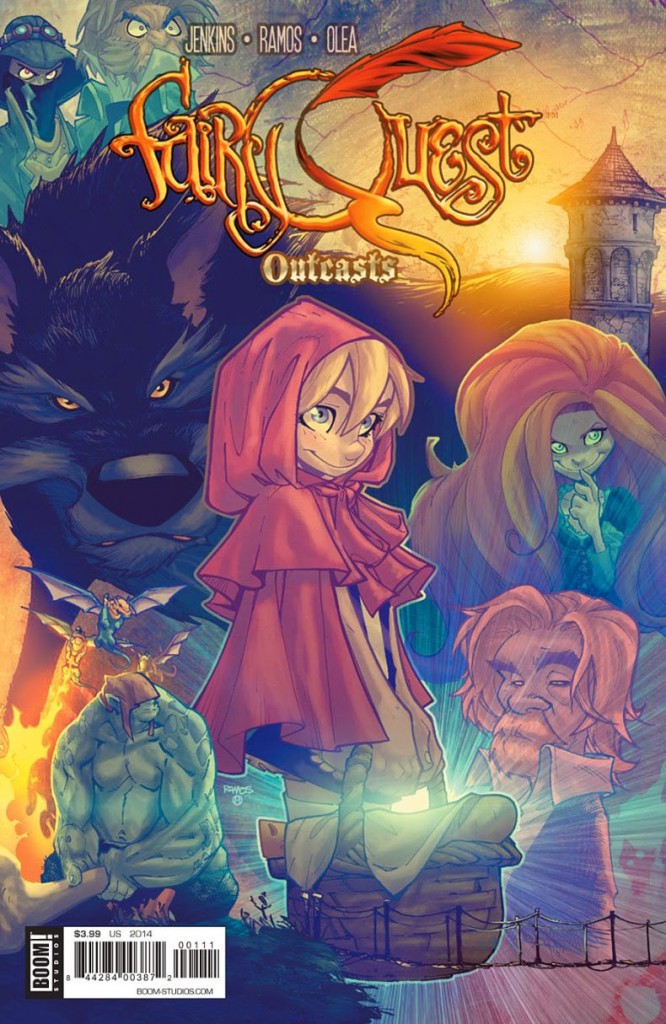 Paul Jenkins and Humberto Ramos’ passion project, funded by Kickstarter, is back with another great adventure. Mister Grimm continues to rule Fablewood with an iron fist, demanding that all of our favorite fairy tale characters keep living their legendary stories.

Red and Woof no longer want to live their story and enter into the Dark Forest, looking for a way to escape this evil world because their friendship is prohibited. Jenkins does everything right here.

Mister Grimm is an interesting villain who reminds me of King Candy from the Wreck It Ralph movie. He wants to maintain order at any cost. If certain characters get bored of telling the same old story, he will have their mind wiped and introduce them to a “new” tale.

Things are starting to become unhinged and he sends out his Think Police to restore order. Woof and Red’s friendship is also highlighted in a manner that makes you root for them at every turn. Ramos’ artwork is always top notch and that is exhibited by him illustrating characters that are very cute, even the bad guys. Olea’s coloring does a great job in setting the appropriate tone for each scene and shines when a crazed Rapunzel uses her flowing locks to capture Woof and Red.

Fairy Quest is a very fun read that is filled with thirty-two pages of quality storytelling and imagery that is worthy of our hard earned money. 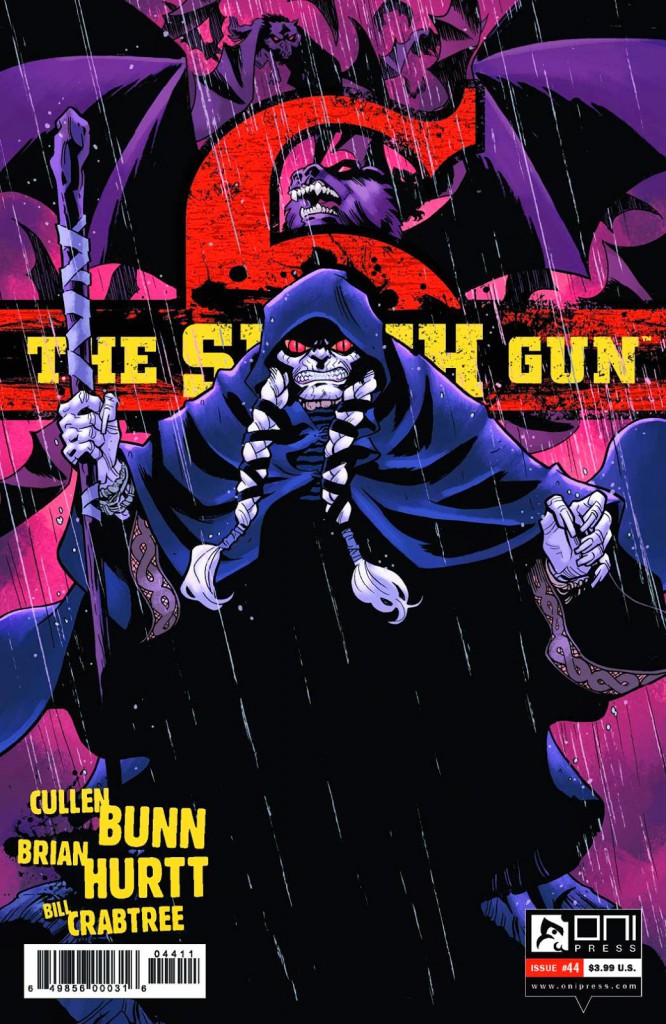 For me personally, The Sixth Gun is the gift that keeps on giving.

Each month, Cullen Bunn and Brain Hurrt have created a world full of dark forces with a western backdrop that revolves around the Six. I enjoyed how the narrative contained no dialog between characters, and just an inner monologue, a diary of sorts with Becky Montcrief telling the story of her attack against

The Grey Witch as Brian Hurtt’s artwork highlights the demons’ powerful and ruthless nature. Becky and Drake Sinclair summon dark magic in order to stage a counter offensive against the Witch, but they are met with unparalleled opposition at every turn.

The thing I love about Bunn’s writing in this series is how he makes the tension rise with each turn of the page. Going from one extreme to the other can get old and seem kind of gimmicky but in this world, it works extremely well because all of the moving parts that are inserted at just the right time to garner the desired result.