Daylight savings time is in full effect which means we’re pluck in the middle of autumn.

With Christmas shopping season on the horizon, what better way to get the perfect gift in advanc than by loading up on some of the fantastic merchandise that’s available from our friends at SuperHeroStuff.com, the largest superhero store on the web.

After the jump I’ll recommend a few of their great products and give you a code to save you 14% off your order! 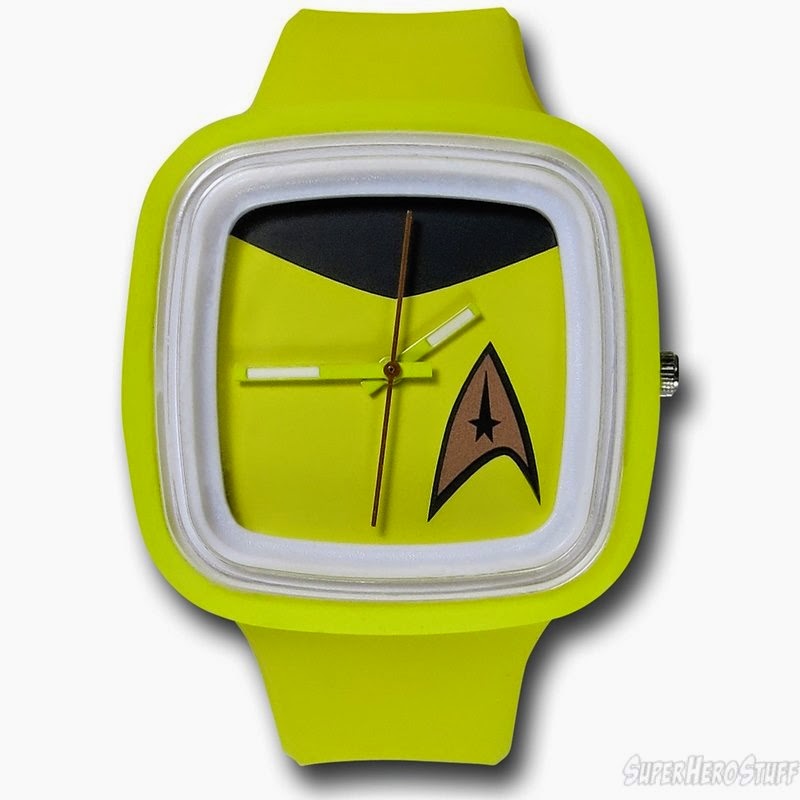 This awesome watch not only is the must have accessory for beating the Kobyashi Maru, but also reminds those around you who’s in command at all times.

It’s available in Command Yellow or Science Blue, but unless you’re a doctor or a half blooded Vulcan, you can’t go wrong with being the Captain. 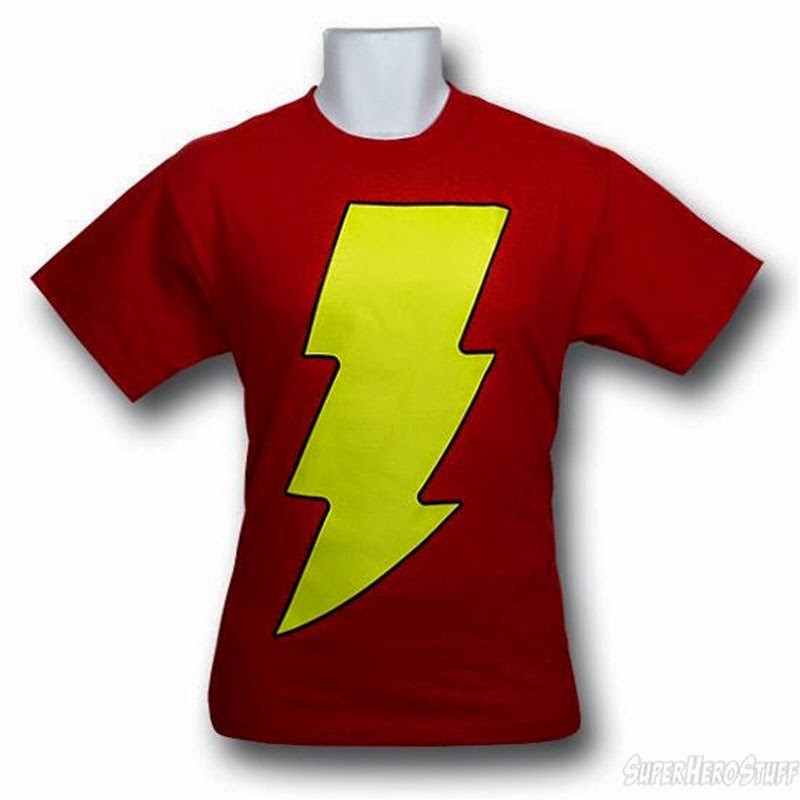 You might not have the wisdom of Solomon; the strength of Hercules; the stamina of Atlas; the power of Zeus; the courage of Achilles; and the speed of Mercury, but you do have the opportunity to wear this 100% cotton reproduction of Captain Marvel’s logo.

It also gives you serious nerd cred when someone calls you “Flash” or “Shazam” allowing you to set the record straight as Earth’s Mightiest Mortal, Captain Marvel. 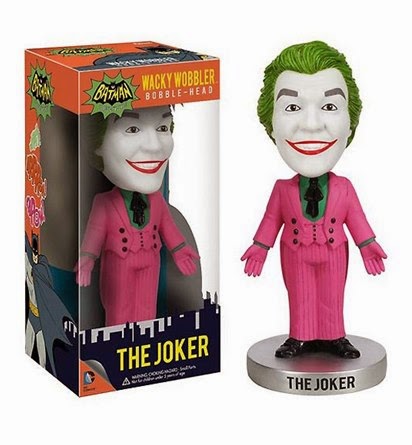 With the Classic Batman tv series coming to DVD and Blu-ray next week, what better way to celebrate than by having the Clown Prince of Crime looking over your television?

Capturing the likeness of Cesar Romero, complete with makeup over his mustache, this Joker captures the fun and energy of the tv series.  Remember, “In the game of life, the Joker’s wild!” 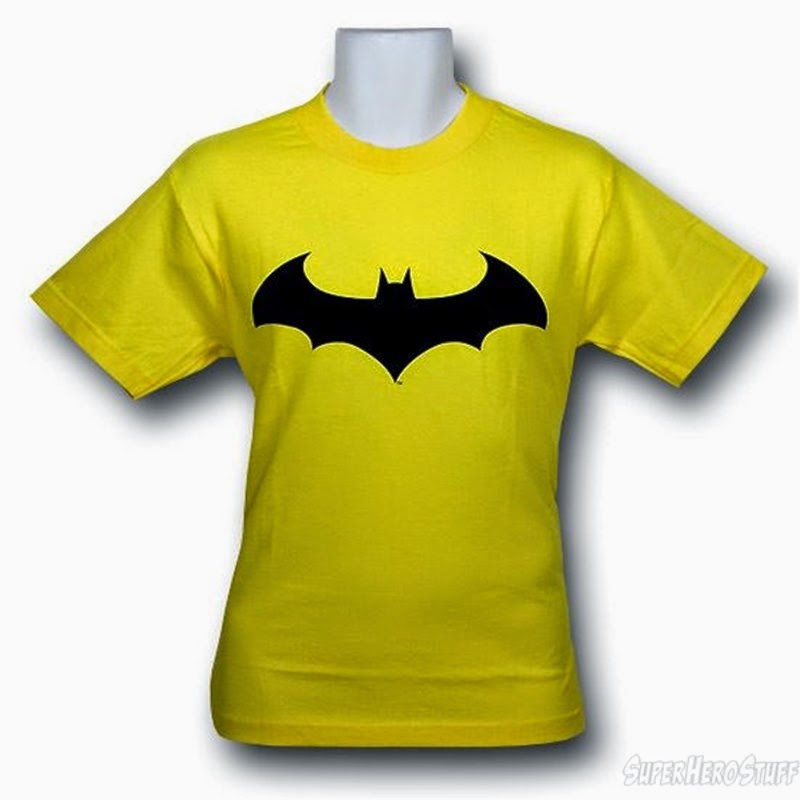 Sure, he’s the Dark Knight, but this Batman shirt captures a very sunny disposition.

This logo is originally from Jeph Loeb and Jim Lee’s seminal Hush storyline, but I think this 100% cotton shirt would easily fit in Adam West’s wardrobe quite comfortably!

To the Batcave!  We haven’t one moment to lose!

And thanks to our good buddies over at SuperHeroStuff, we’ve got a special coupon code giving Forces of Geek readers 14% off!  At checkout enter the coupon code 14Force.

Code is valid through November.