“Abby and Rebecca Powell haven’t seen each other since a traumatic event in their youth ripped them apart. Reunited for the first time in over a decade, the sisters take a trip to spread their mother’s ashes at a secluded lake. As the sisters reconnect and try to heal old wounds, something waits in the nearby woods. A strange object, made not by the hands of man, beckons them to it. As they begin to try to unlock its secrets, Abby is plagued by nightmares of an alien presence that seem all too real. Little do the sisters realize that this object is actually a device, one with a purpose too horrible to comprehend. As the events of the past and the present begin to merge, new discoveries will threaten to tear apart their newly reformed family, and the inhuman creators of the device will attempt to finish a terrible experiment begun years before.”

That’s the premise for the new sci-fi thriller, The Device, out this week on DVD and On Demand.  The film’s director/co-writer Jeremy Berg took some time to discuss the film, extra-terrestrial visitors and the challenges of low-budget filmmaking.

FOG!: What was the genesis for the film?

Jeremy Berg: The distributor of my first film, The Invoking, was really impressed by what my production partners and I (The October People), were able to accomplish with basically no budget. It got some really positive reviews on it’s release so they came back to us to ask if we wanted to make another film.

Of course, we said yes. We had scripts lying around but none at the budget they were floating so we pitched them a very simple idea that I had lying around: a group of people find an object in the woods that may or may not be of earthly original, and how does this discovery change them and the way they relate to each other? They liked the idea and could see the potential in an alien abduction film with that premise.

From there, we had the greenlight to start writing and planning.

I took a class in college from Dr. David M. Jacobs, who is considered to be one of the authorities on UFO abductions. His take was that the threat was not only real, but terrifying. What was the decision to utilize that approach as opposed to straight sci-fi?

Well, for me this was definitely more of a horror film than a sci-fi film, though obviously there are elements of that considering that we’re dealing with visitors from outer space. The most important aspect of the story is the fear of the unknown and how powerless these characters are in the face of it. Many people believe that aliens exist and many more have doubts, but are open to the possibility. 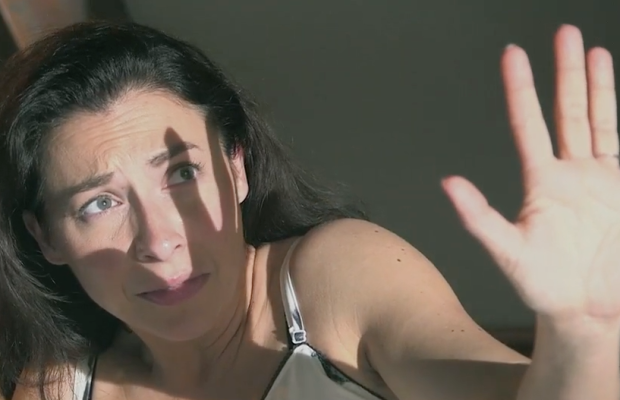 I think all of them could agree that the idea of being abducted with no ability to defend yourself is absolutely terrifying.

Do you believe that extra-terrestrials have visited the Earth?

I do. There are a lot of questionable accounts out there but some of them are hard to dispute. I just think it’s easier for people to doubt than to admit it might be real and live in fear of the possibility.

I will also say that part of this story was inspired by my mother, who was never abducted but did have an encounter where she saw some UFO’s landed. Growing up I would ask her to tell me the story. I really wanted to hear every detail about that night.

I ended up using some of the story for inspiration in the big speech that Rebecca gives to Abby about what happened to her. Obviously, Rebecca’s story is hugely dramatized compared to what my mom experienced, but it was a key component of finding her story.

Your use of the artifact, the ball, has an unnerving effect. Where did the idea for it come from?

Well, at first it was just an object that came out of that initial idea I mentioned. At that time I didn’t know what it did or how it affected them, I just knew that it came from space. As my production partners and I took the time to hammer out the story we really needed to figure it out and be on the same page about what it did.

I was intrigued by the idea that we could imbue the Device with it’s own intentions and physical properties. And in that way, we could almost make an abduction film that had the trappings of a haunted house movie. To some extent, the budget limited what we were able to do from the original outline but some of those trappings remain in the finished film.

The film tonally is reminiscent a bit of Fire in the Sky. Was that an inspiration and how did Fire in the Sky writer Tracey Tormé wind up participating on the DVD commentary?

Oh yes, Fire In The Sky is a huge inspiration. As far as abduction films go, I would say it’s the gold standard. And just to be clear, I don’t put Close Encounters in the same genre. If it was, it would be my favorite by far, as it’s my favorite Spielberg film. But it’s a little different than your typical abduction film, as it aims and aspires for different things.

All that said, Fire In The Sky has to be the best in the genre and it’s abduction scenes are easily the most terrifying. The details of the abduction are unlike any I’ve seen and they definitely stick in the imagination. Tracey also wrote another alien abduction story called Intruders, which was a mini-series I watched in the early 90’s that stayed with me as well.

Since he has such a history with these kinds of stories we had the idea that getting him to talk about his work and his thoughts on aliens would be an amazing bonus feature. And of course, he’s never had the opportunity because his work has never been released with those kinds of bonus features.

Really, it was the perfect opportunity for us to try and deliver something unique that an audience would get excited for. And Tracey delivered, his commentary on the disc is really interesting and insightful.

What were the challenges of doing a film like this on a limited budget?

There were many challenges. We had an alien, obviously, and you can’t do that without money. But we also added the wrinkle of an object, The Device, that displays unnatural and unearthly characteristics.

But it’s all great because those challenges can be really beneficial for fostering a healthy creative environment. Challenges always present themselves, no matter the size of the budget. The question of whether or not you rise to the occasion and overcome them is what matters.

Were there any books or films that influenced either the writing or directing of The Device?

You can’t talk about alien abduction without also mentioning The X-Files. The show had it’s ups and downs over time but is still probably the most consistent in it’s quality storytelling in the areas of aliens and abduction.

The book Communion was also really big. I used that a lot when talking with Kate Alden about her character, Rebecca. Some of the details of the aliens in Communion didn’t fit for us, since it’s hard to reconcile things like aliens having dirty bedrooms with clothes tossed about, but the way that Whitley Strieber analyzes and records his emotional state throughout was super helpful and fascinating.

Another big one was the Time-Life Mysteries of the Unknown series. I used to flip through those books all the time and they were all based on fascinating subjects.

But the alien abduction book was easily the creepiest.

Oh man, I’m always trying to read and watch as much as I can. Right now I’m really into the British show Black Mirror. It’s almost like Twilight Zone with a modern, technological twist. It’s very well written and each episode is fascinating.

As for books I’m really loving the short horror stories from Laird Barron. He’s really digging back into the cosmic horror tradition that H.P. Lovecraft popularized and perfected.

I don’t read comics much but I did catch up with Saga and it’s just as good as I had heard. It’s sci-fi, but with great characters and humor, and full of humanity. I wouldn’t be surprised if the story was optioned for film very soon.

The Device is now available on DVD and Digital Download 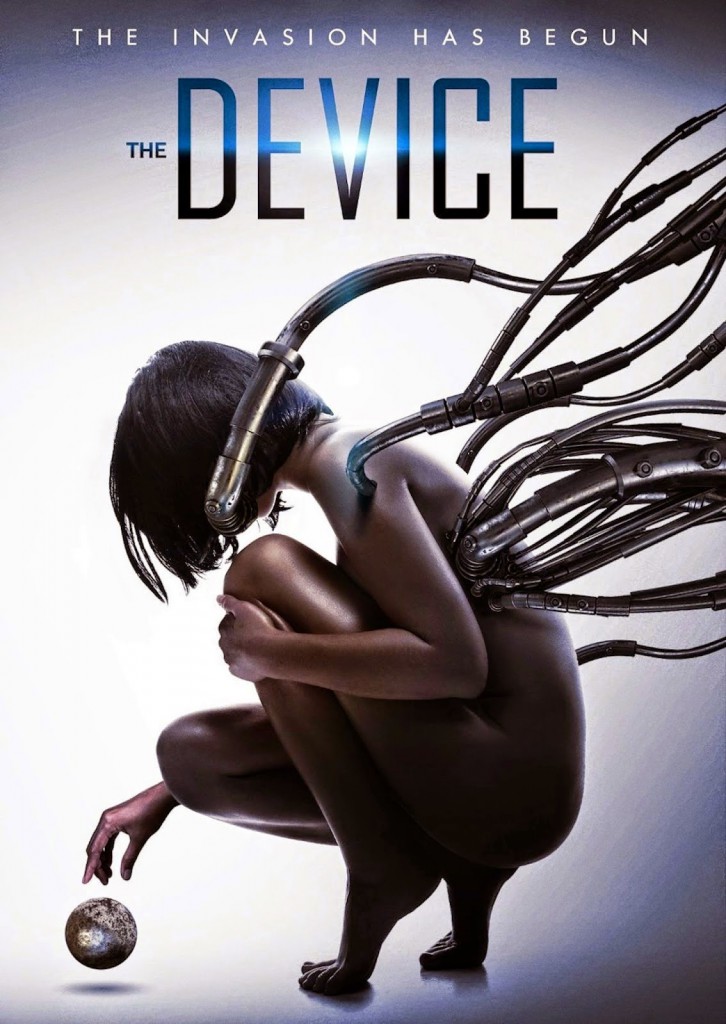