In an attempt to get reassigned back to detective after serving as a guard as Arkham Asylum, Gordon attempts to bring down an escaped convict, dubbed The Electrocutioner.

Honestly, I didn’t know who to root for. 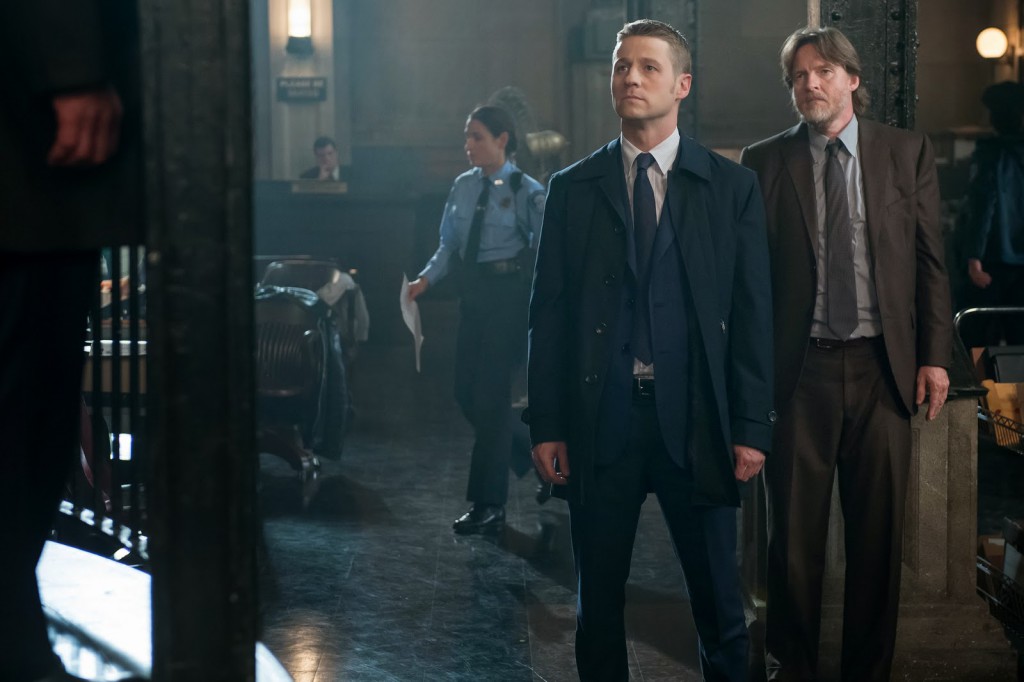 Meanwhile, the rivalry between Carmine Falcone and Fish Mooney comes to a head in what (I hope) is a game changer.

No sign of Bruce or Alfred. They were not missed. 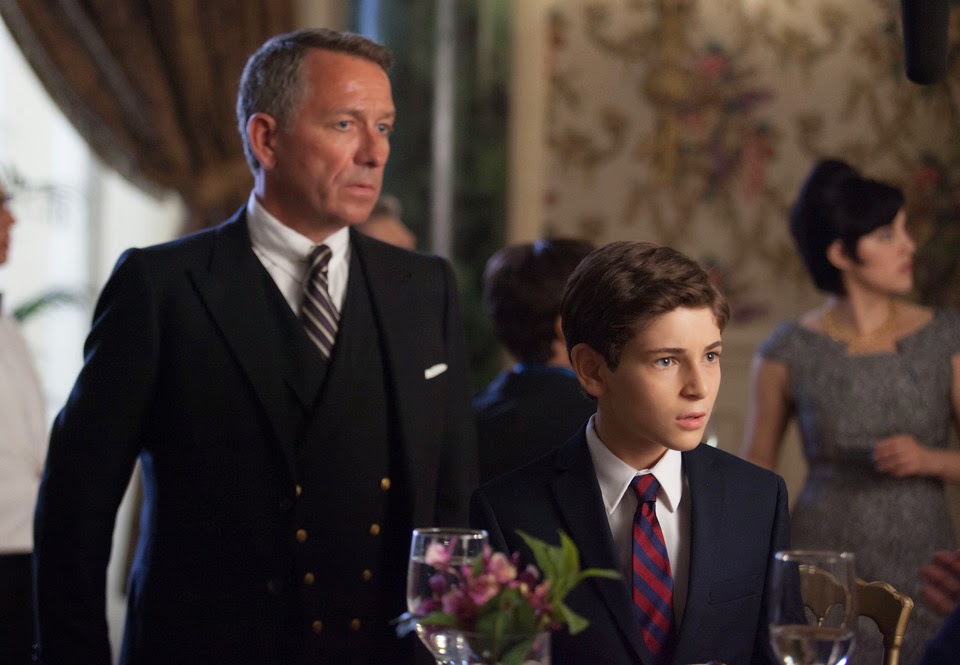 Same with mini-Catwoman and mini-Poison Ivy who both nearly brought down last episode with them. These characters are not needed and should be used sparingly, if at all.

So far, most of their scenes have felt shoehorned in for what I can only imagine is the network’s idea of fan servicing. The first question they ask themselves with a hot property like this is, what do Batman fans want to see on screen. The answer they come up with is probably, “the characters they know and love.”

That’s partially right. But here’s the thing FOX network execs. This in my open letter to you. What you forgot to do on top of that is put them in interesting situations and tell compelling stories with them.

On that note, let’s move on to…

Fish Mooney was not killed.

I’m pretty sure this is how all my future BAD sections are going to begin until they do the right thing and off Fish. 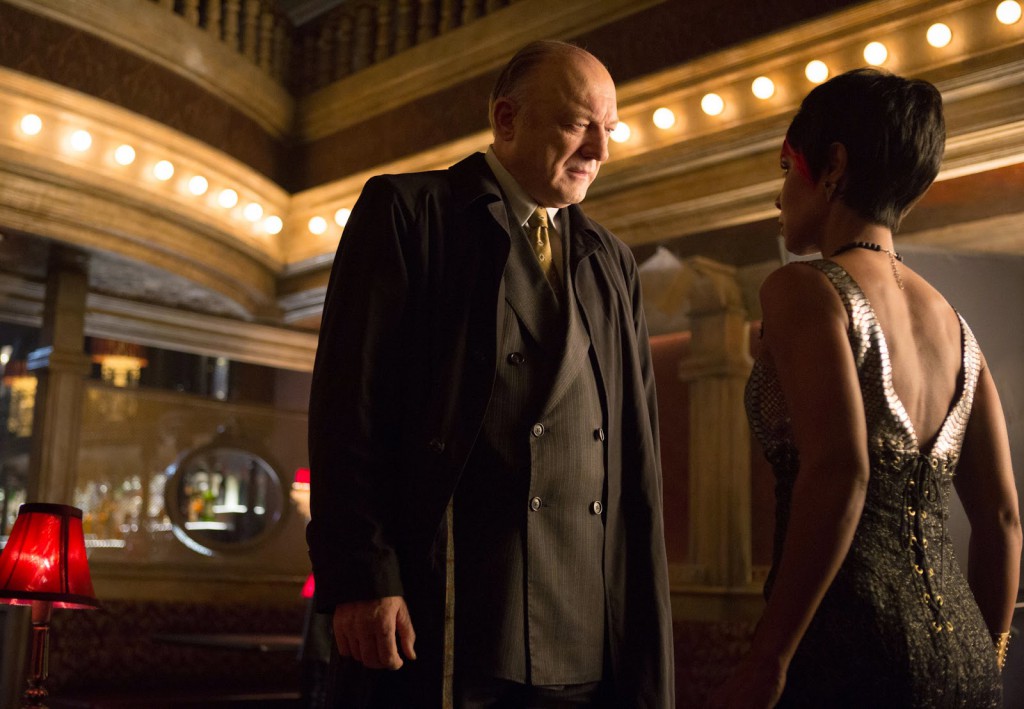 She has run her course. A while ago.

Our first scene with Carmine Falcone showcases a hardened mafia don who, without hesitation, has his underlings off a man who claims to be family. So here we get a sense that Falcone is not a man who bothers himself with emotion and will strike down his enemies without a second thought.

So with that in mind, why did Falcone give this speech (seemingly to the
audience) about how maybe it’s time to hang it up and retire to a
quieter, more peaceful existence? The answer is simple – it was a fake
out so that we wouldn’t see the final showdown coming where Falcone
wrests back control from Fish in a very satisfactory climax.

And while it did feel like a cheap trick to give that scene some added drama, it was nice to see Falcone acting like a ruthless mob boss and taking Fish down a peg. This is starting to sound like praise and you may wonder if I put this in the wrong section, but the only thing that would have elevated this scene from good to perfect, is after proving that he can’t be ruled by his emotions and strangling the life out of Fish’s double agent, Falcone should have ordered his men to gun down Fish once and for all.

Seriously, why drag it out? He made some offhand comment about how he’s going to make her suffer and the preview from next episode shows her getting tortured and I sort of get that, but at the same time, that feels more like a TV move as opposed to what a real mob boss would do. Just get it over with and let’s move on. 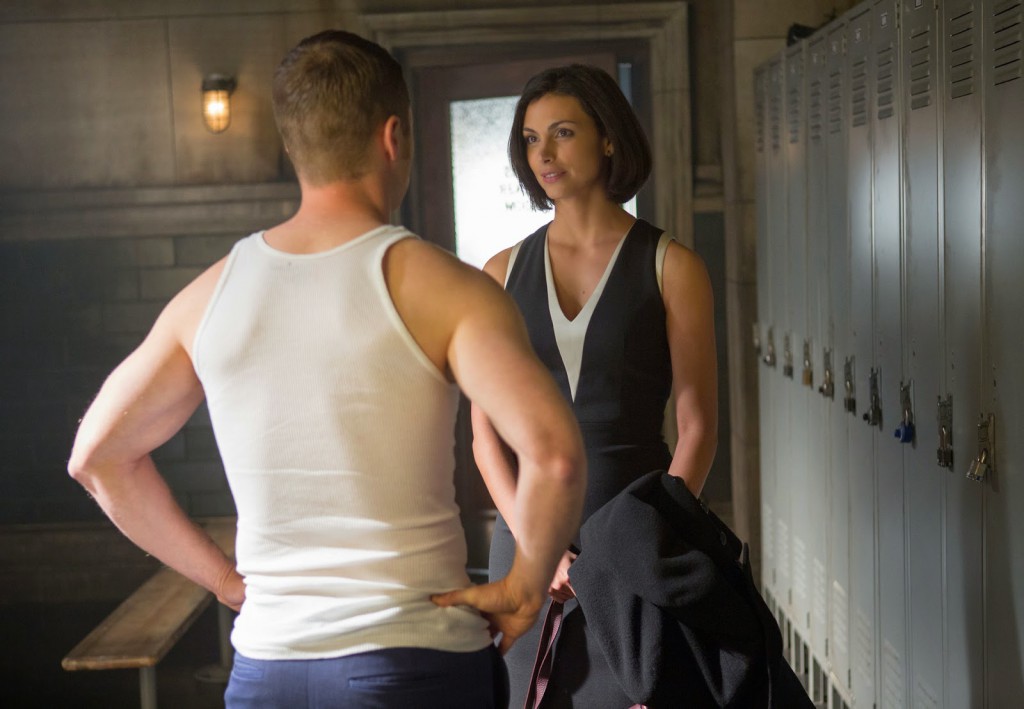 This part really annoyed me as there was no question as to why she was introduced last episode, but it’s two episodes in to her debut and already she’s following Gordon around like a lost puppy before making out with him. This felt like such a studio note. Test audiences who probably have never read a comic asked, “where’s the romance?” and in turn the network execs ordered the producers to sex it up. The result is this – a pointless romance that was not earned, will not have any impact on the plot, and is a complete waste of time.

Speaking of awkward romance, for some reason they keep pushing Riddler’s infatuation with his co-worker on us, which is excruciating to witness. This character deserves so much better than to be the lab geek who works riddles into every conversation and continues to get rejected until he finally blows and The Riddler is born! 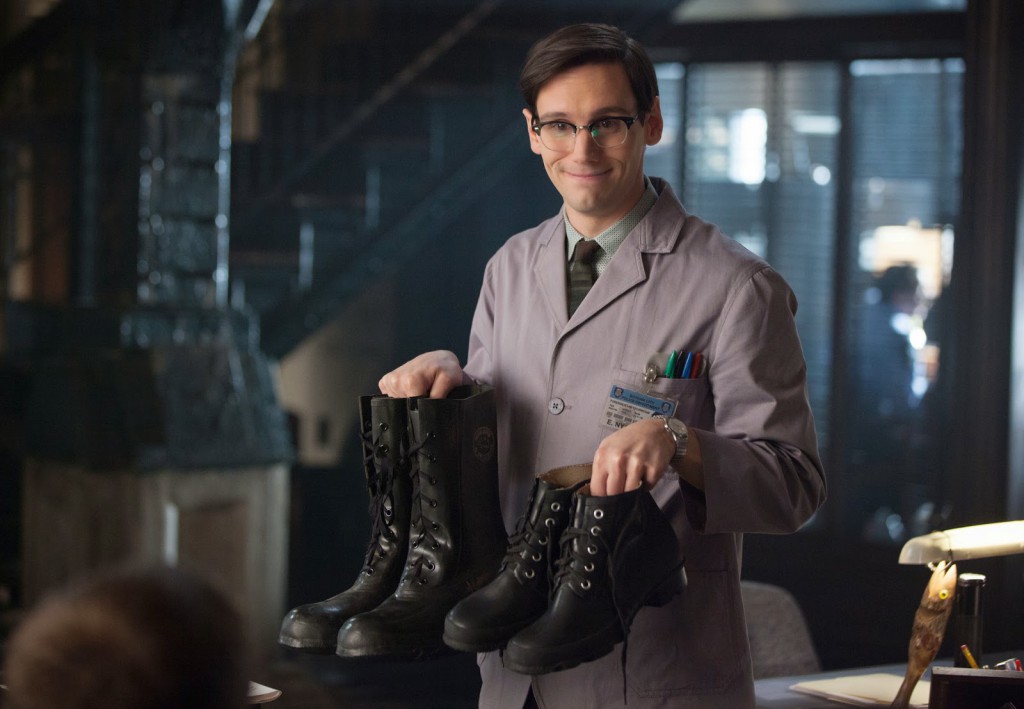 At least I guess that’s what we’re supposed to be excited for. The quirky music they play to underscore each scene he’s in doesn’t help either. Man, and I thought Jim Carrey’s Riddler was over-the-top.

I could go on, but why nitpick?

In addition to introducing Commissioner Loeb, we get more of C-list villain, The Executioner, who was the man behind the curtain in last week’s episode but really has his full on debut here. 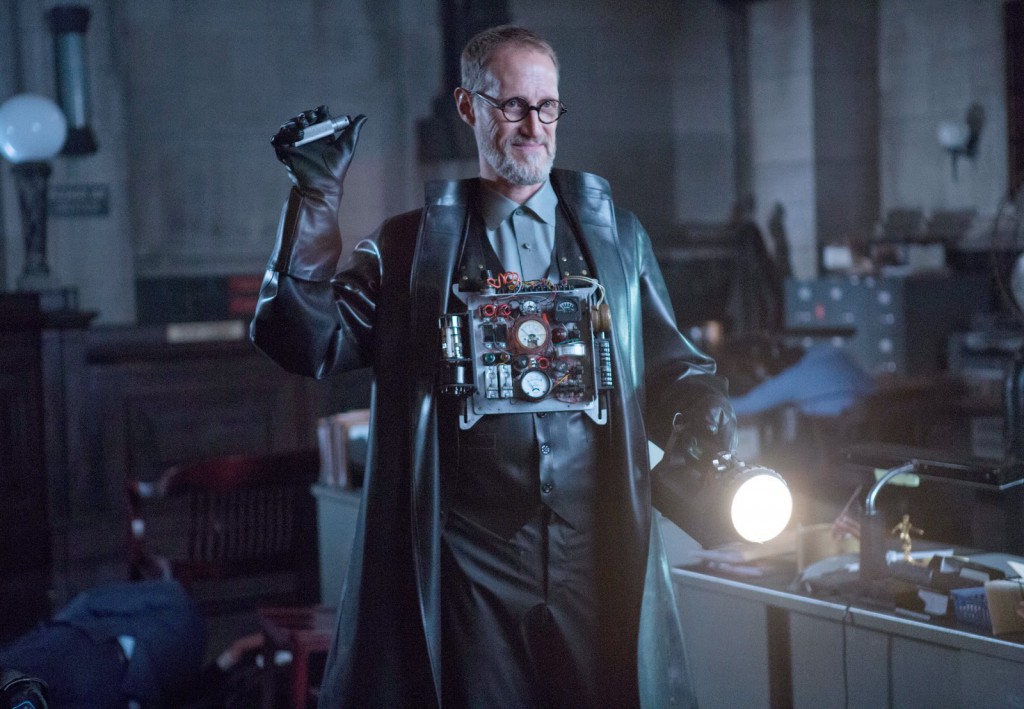 As far as villains of the week go, he’s not the worst one we’ve seen so far, but he certainly ups the cheesiness factor. I think, if not on a TV shooting schedule, this character could be done right, but somehow I take him less seriously here in live-action than I think I would in the comics themselves.

So between this and last week’s episode, it was announced that Gotham was renewed for a second season. I had mixed feelings regarding this but I’ll save that for another post.

For now, what I’ll say is this. Gotham is, and always has been, for mainstream audiences. It’s for the casual fan, which I am not. Sometimes a Christopher Nolan comes along, and he’s able to deliver something which satisfies both the hardcore fan base, as well as the average moviegoer, but Gotham is not in the same class. It is a TV cop show disguised as a DC Comics adaptation. 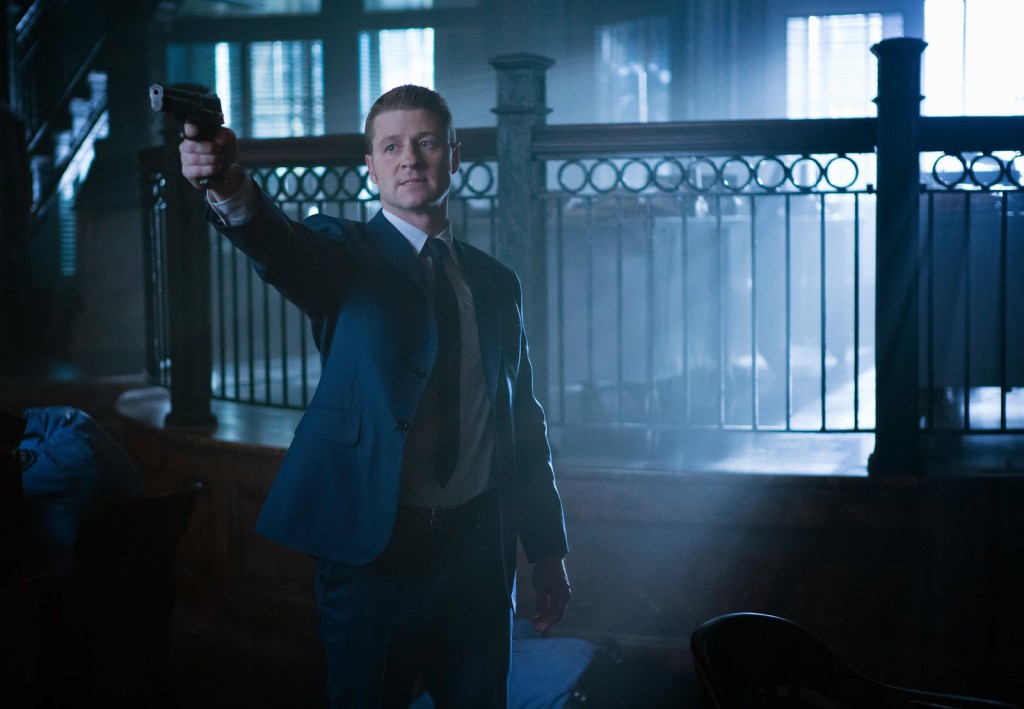 Some of the elements are familiar, but none of it feels legit. It feels like any other cop show, but worse, because it’s supposed to be better. It’s supposed to be about a man trying to save a corrupt city against all odds with the mafia bearing down on him and instead it’s a shell of what it could be, giving us glimpses of what a contemporary show set in Gotham can be, but only really scratching the surface.