Gordon has been fully reinstated and his first order of business is once again turning his sights inward on the department and trying to solve the murder of an innocent witness who he believes was silenced by one of his own.

Meanwhile, the Fish/Penguin rivalry comes to a head for the time being.

The rest of the episode is padded with scenes featuring Bruce searching for Selina. 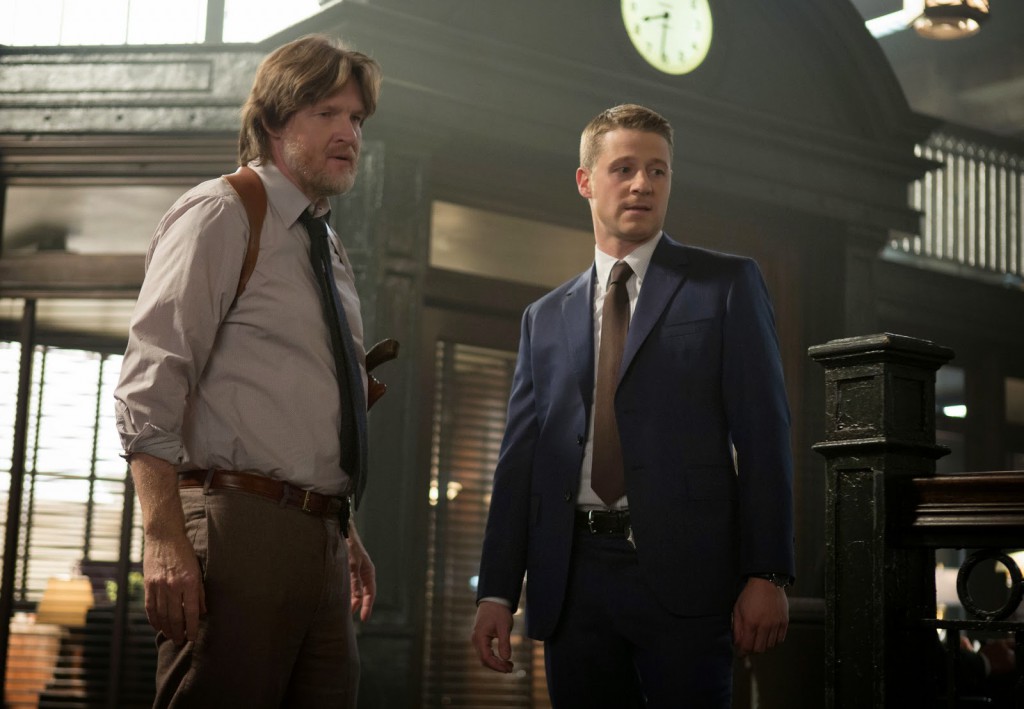 I felt like Gordon’s crusade against his fellow officers was actually handled better here than ever before. There were shades of Year One sprinkled in here where I finally found myself rooting for him to take down the unlikable Detective Flass and his cronies. It’s been a recurring theme that there is corruption within the department but this time it was given time to breathe as opposed to just hearing verbal confirmation of this fact stated over and over. 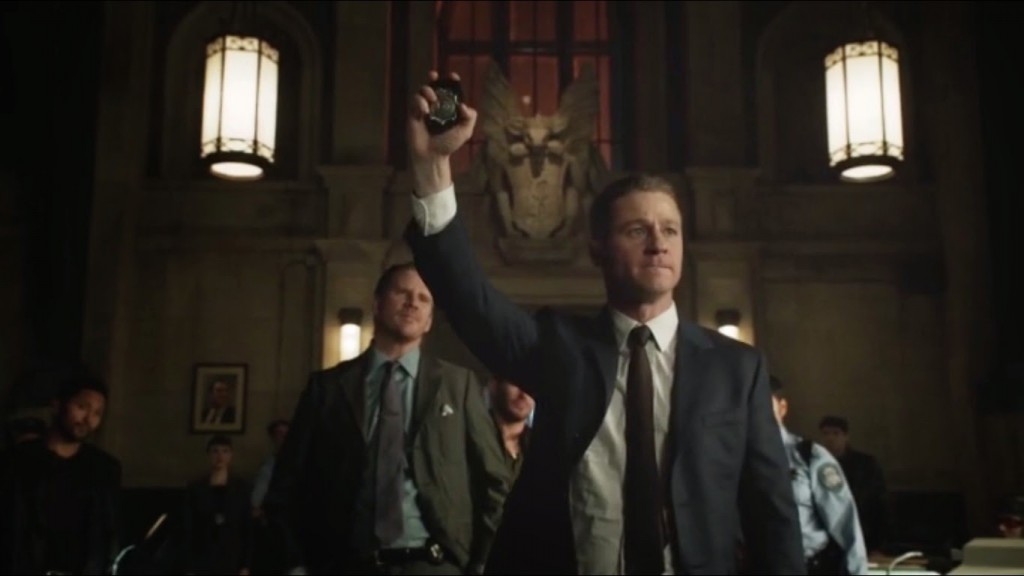 The final scene was also a nice bit of clarity for Gordon as you can feel his stunned realization that in order to take down the dirty cops, he has to bend the rules himself and betray who he is.

The scene between Bruce and Selina was well played also. Both of their actions were in character (at least within what we know of them from the show) and they managed to pull it off in a short space of time. And that’s the key to a good scene with those two. They are good in small doses and their skills are not sharp enough to carry an episode.

Hopefully this is more how they will be used in the future.

Fish Mooney was in the episode. And she didn’t die. 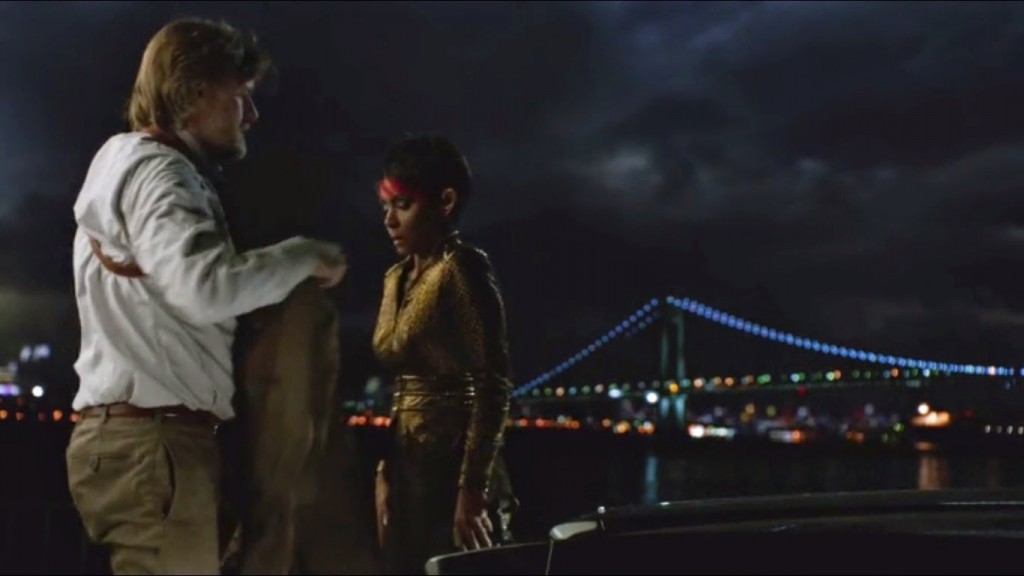 Luckily by the end of the episode it seemed she would be disappearing for a while, but she always has a way of popping up unexpectedly so I wouldn’t count her out for the remainder of the season.

Also, that love story with the Riddler? 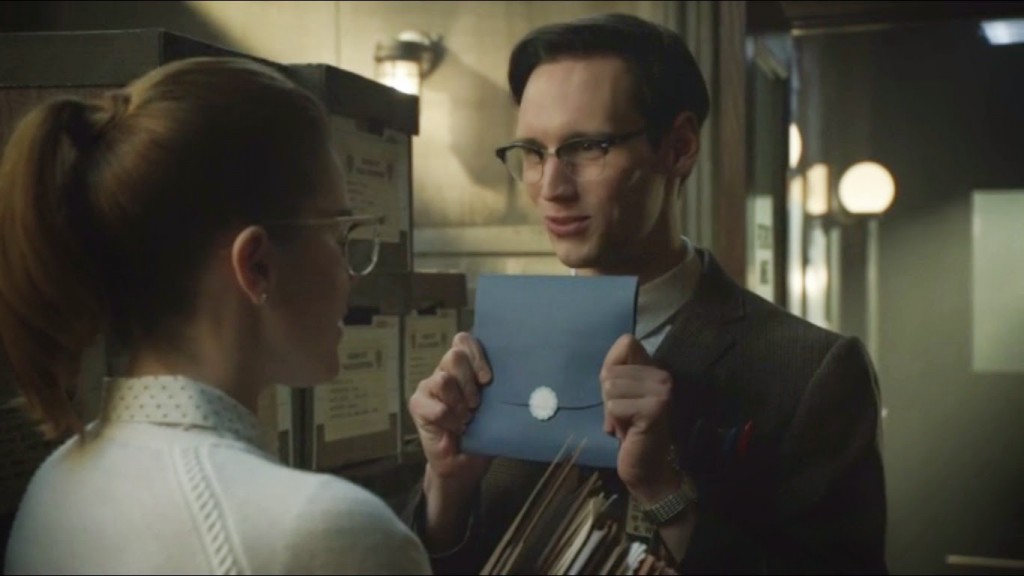 Stop. Just stop. It’s not funny, it’s not cute, it’s not anything. I’m guessing at some point he’s going to snap as a result of her rejecting him for being a creep but this is way too much build up and it’s just filler right now.

I’m still annoyed at the show’s use of Victor Zsasz. He was a C-lister before he appeared on Gotham and if this is the extent of how he’ll be portrayed, then he’ll remain so. His character could have easily just been a random thug, as there was no purpose in pulling in an established character for that role. 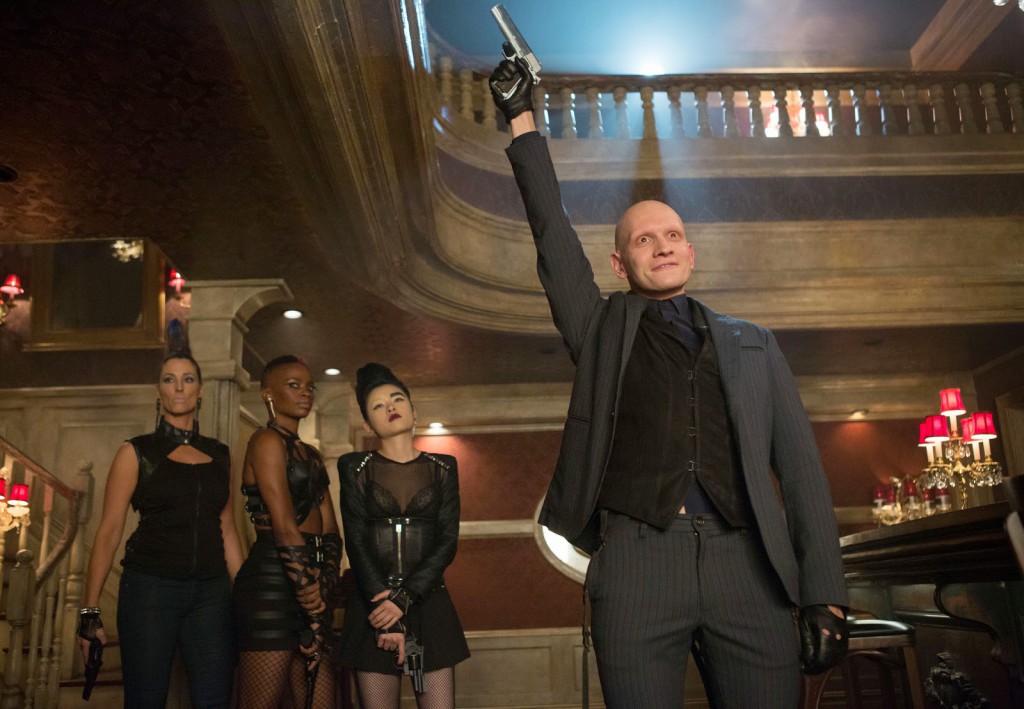 So while this is not the episode that introduced him, it’s a shame they haven’t done more with him. It’s pointless because he means nothing to you audience members who were not aware of him previously and for fans of the character it’s got to be frustrating.

Also, I didn’t realize before, but the corrupt cop that Gordon takes down is named Flass. Is this in reference to the corrupt Detective Flass from Batman Begins? Who knows, but it’s worth a mention since it stuck out to me.

It’s still too soon for me to say whether the show can be salvaged or not. I want it to be good, I really do. But the honest truth is I don’t look forward to it week after week. In someways, I kind of don’t, and that’s a big problem for the show, because I should be the target audience.

At least I think so.

Honestly, and I’ve said this before, but I’m not entirely sure who FOX is going after. Obviously they want to pull in more then just the comic book reading audience or the show would be a failure. But I would be curious to know if there’s anybody tuning in who are not Batman fans and enjoy the show for what it is because it’s all brand new to them and they don’t have any expectations. 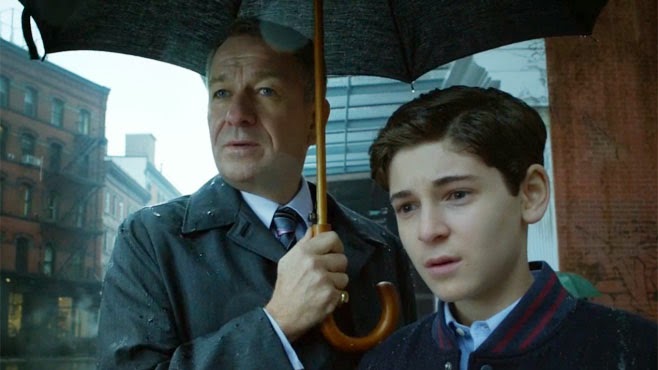 I don’t keep up with the WB shows Arrow and The Flash but they seem to get a better reception from the hardcore fans. A part of me wishes Gotham was airing on the WB also as they may have had a better idea of what to do with it.

Anyone else agree with me or am I way off base? Well, until next week. Same FOX time, same FOX channel.