What do you want to be when you grow up?

It’s a question we put to children as if their answers will somehow make us feel better about our own choices. But is it really fair to ask them at all? Shouldn’t we just let them avoid making a career choice as long as possible so they don’t have to feel the disintegration of their soul at a young age?

I mean, do we really want a 10 year old locked into a job that they only wanted because they saw it on Suits:

And it’s not just adults who are trying to make polite conversation with kids who are doing the asking.

My twelve year-old nephew is taking career assessment tests in order to find a job track for him…and we are talking about a kid whose only dream at this point is to join the Army so he can live out his Call of Duty fantasies…and for whom the rest of his life is being meticulously planned out by a standardized test that won’t take into consideration that he is also interested in sitting on your head and farting, which, I think, is a good indicator that he would do well in government…you know if that’s his thing. But I would hate it if he had to be dragged into a career prematurely by a dying educational system all because he thought it would be funny to color in all the B answers as a lark.

When I was sixteen I took one of those tests at the behest of my high school councilor who was trying to get me to not drop out of school and get my GED and you know what it came back with?

My councilor took one look at my fish belly-white skin and gave me her blessing to hit the road and I did, receiving marks on my GED test that showed I was in the top 90% and subsequently enrolled in college (which I also dropped out of in order to be a writer, which was stupid but hey it was the 90s and everything seemed liked it was going to be okay).

But imagine if I had to follow that particular job all because my Divergent-like personality/career assessment said I should…right now I would be at Home Depot, in the garden department, counting down the days to my death…which would most likely be self-inflicted by a leaf blower.

Lucky for me I grew up in the 70s/early 80s where the only job propaganda I ever had to deal with was a 1973 educational film called, ironically, When You Grow Up which made me realize that there was no way I was ever going to be an adult, not if what I saw on the 11 minute film was any indication of what was awaiting me:

Even the narrator sounded bored…and it was his JOB.

The truth is, being an adult sucks balls…big huge unwashed, big veined hairy balls and there’s no reason to shove that reality down the throats of kids young enough to dream about being a unicorn 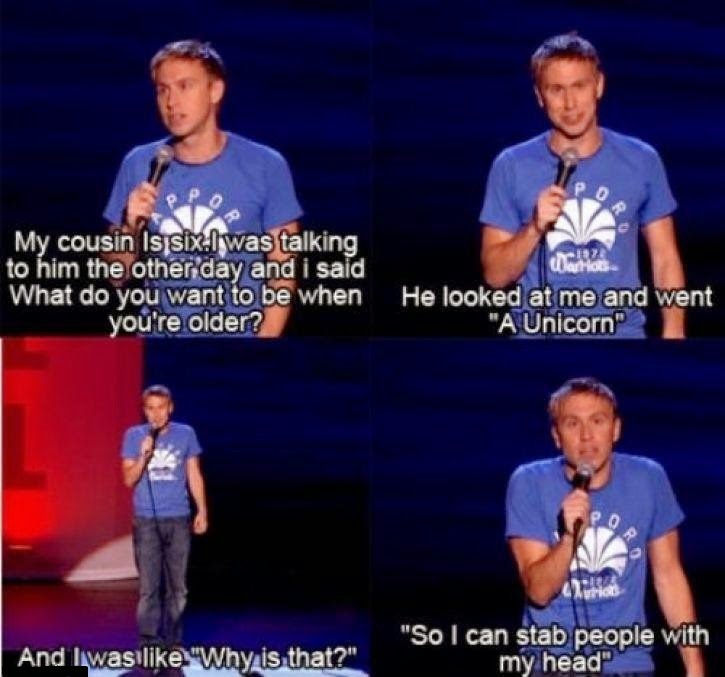 Which, is not a bad idea.

Unicorns are mythical creatures not found in the real world, so be a unicorn kids, play games, try on different hats (personality and career-wise) make mistakes, travel the world, exercise your right to be completely stupid and then, and only then, tie yourself down to a soul sucking career that will make you wish you never gave up hard drugs.

And then start doing those drugs again…you’ll need them.

In this article:Childhood, Education/Instructional, Growing Up, Rant, Watch This, WTF