“What is this, Bizarro World?” clearly is one of my favorite The Simpsons quotes from Comic Book Guy from the running tape in my brain because something is usually going against my will or better judgement in my surroundings.

To which I might now answer, “NO, this isn’t Bizarro World, its better – LEGO Bizarro world!

Yes, I’ll admit me am hungry for more LEGO movie action since last year’s blockbuster so when I got my hands on this sweet LEGO Justice League vs. Bizarro Justice League set, complete with Batzarro minifig, my hunger was sated … for now!

The Two-Disc set includes the typical DCU talking head making of documentary but also another adventure with our Super Friends at the brick Hall of Justice in DC Comics Super Heroes: Batman: Be-leaguered.

It may be no surprise to anyone that I really enjoyed this one!

Especially with two episodes thrown in and the mini-fig, this is a great deal.

Specifically with the packaging, the Blu-Ray + DVD + Ultraviolet copy makes it easy to share but also looks great on my big screen TV (a recent purchase and I always prefer a physical disc for HD media).

Batman is voiced by Troy Baker this go-around (LEGO Batman 3, Arkham franchise as various) but carries on a bit of that swagger and darkness that Will Arnett flavored The LEGO Movie with “More Darkness!”.

This is a Bizarro story, so Superman, red plastic underpants and all is voiced by Nolan North (Young Justice, Transformers Prime) plays a major roll as his clone, Bizarro mtries to help save everyone with a good heart but terrible social skills. 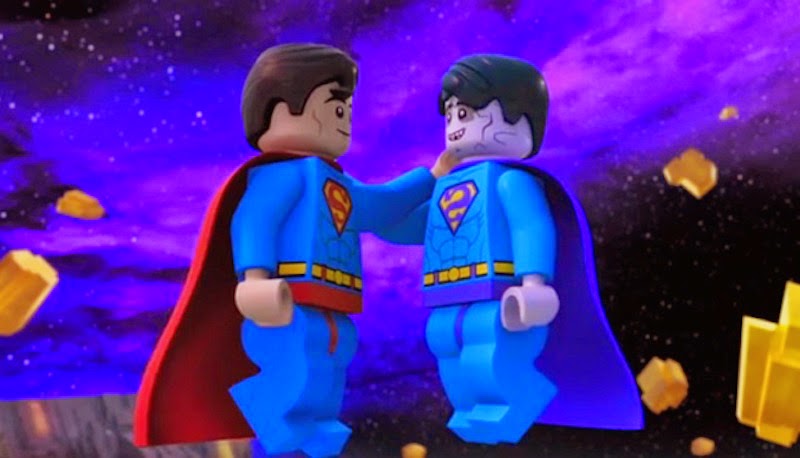 When Supes asks him to put down the merry-go-round octopus at the beginning of the feature, Bizarro throws the fake monster high up in the air with super strength, crashing down and damaging all of the Lego minivans at the playground.

Don’t worry, this isn’t strictly for kids—and as someone who doesn’t have kids of my own, I’d imagine this to be a good one for literally the whole family to sit around an enjoy. (Not just your creepy uncle that may or may not try to steal Batzarro from the package before heading home). 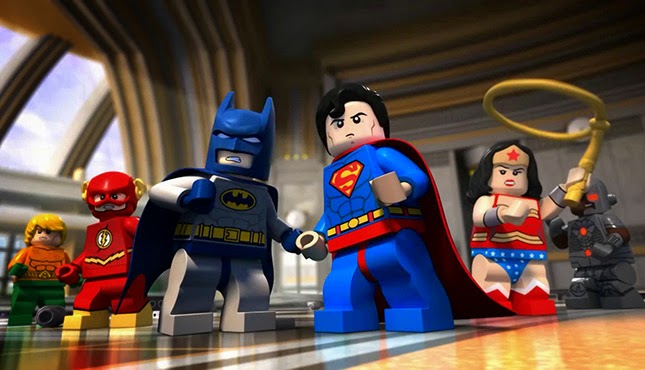 The League this go-round consists of Green Lantern Guy Gardner (Diedrich Bader!) Cyborg (Khary Payton), The Flash (James Arnold Taylor) and Wonder Woman (Kari Wahlgren). Each of those heroes gets a clone on Bizarro World with Greenzarro, Cyzarro and Wonder Woman’s counterpart Bizzara. Missing from the list of course is a Bizzaro Flash, which would have been fun to see but confusing to fans of the character because his main villain is Reverse Flash.

Assists come from fun Leaguers Aquaman, Plastic Man, and Hawkman at the beginning of the film taking on Lex Luthor, Giganta, Deathstroke, The Penguin, Captain Cold and Gorilla Grodd. 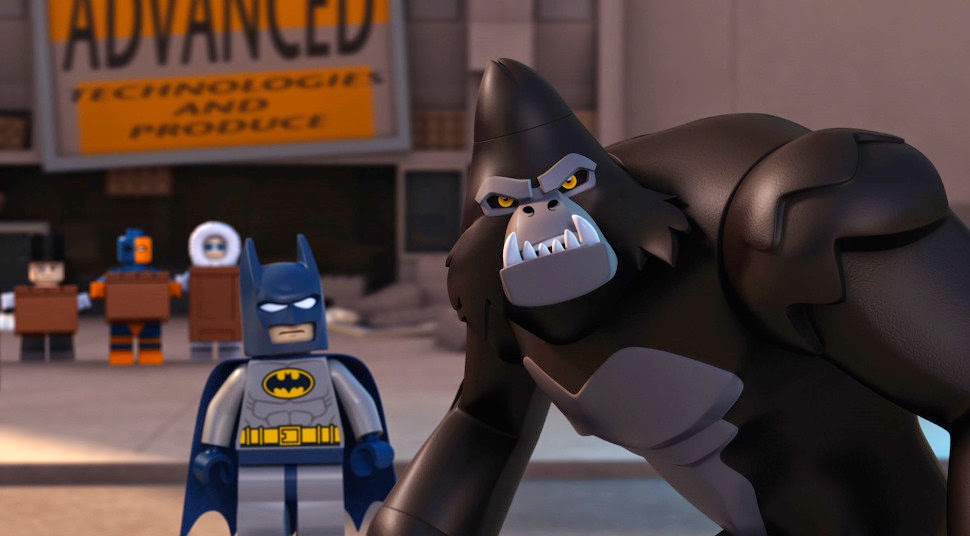 Bizarro returns from exile on Bizarro World to Earth to claim Luthor’s cloning ray guy (the same gun responsible for creating him. There is a threat to his new home in the form of the evil Darkseid, so he clones the main Justice Leaguers to help save the day. The problem is, Greenzarro can only manifest a teddy bear with his ring because he is too scared, Cyzarro’s tech keeps falling apart and Batzarro can’t keep his Lego cowl out of his eyes. 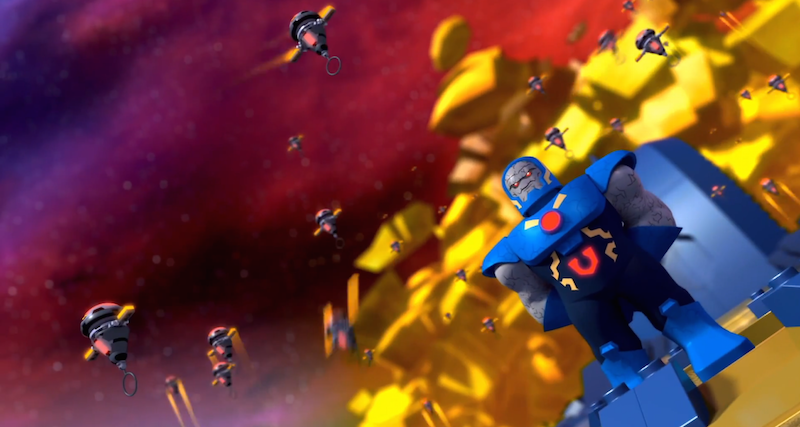 Supes and the rest of the Justice League investigate to reveal Darkseid’s evil plan to take all of Bizarro’s ‘friends” (rock statues that he talks to on Bizarro World) and covert them into an ultimate weapon.

This is a Bizarro that means well, and any distraction he is responsible for doesn’t come from malice. Credit to the writers on this one, as exposed in the making of portion of the disc, the ‘Opposite talk’ of Bizarro is hard to stick with, so we get regular English at least 80% of the time. You, dear readers are un-lucky me am not writing this review like Bizarro…see what I mean? 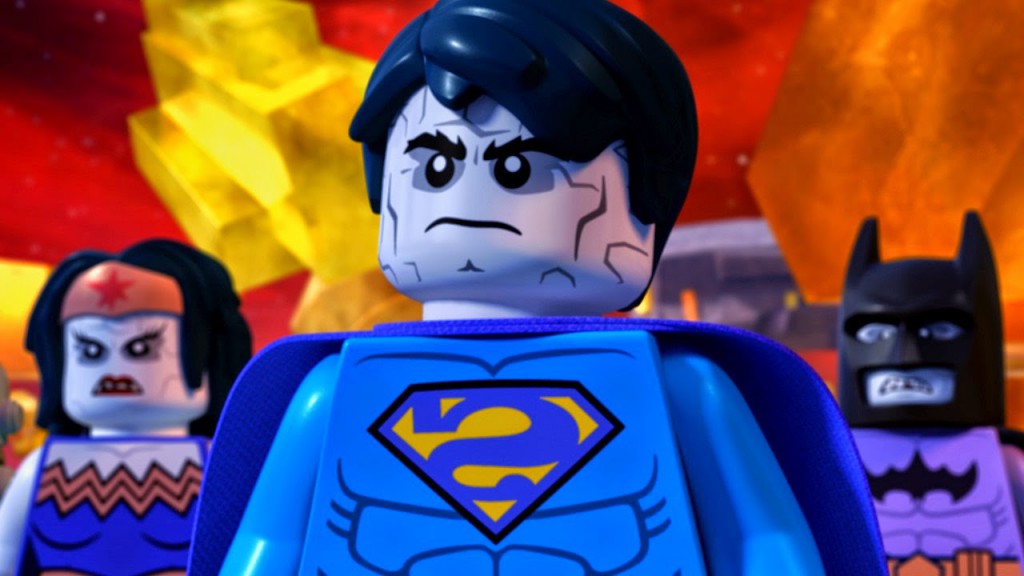 In this world, Bizarro just means “a bit off”. And the versus in the title could even be converted to a ‘with’ because like most cartoons nowadays, teamwork is what solves the larger problem!

The Bizarro incarnations are funny, and our super heroes are affected by the energy on Bizarro World — for example, Guy can only manifest chickens with his ring on Bizarro World! 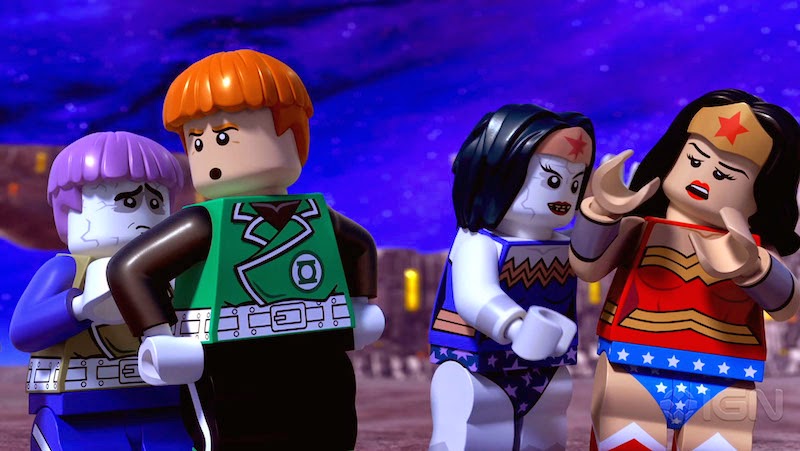 This is a fun little story to complement the other cool Lego animated movies you might be enjoying like Clutch Powers or Lego Marvel Super Heroes: Maximum Overload across the street. This Batman is cool for the LEGO Batman nerds out there, designed after the grim and gritty blue, grey and yellow Neal Adams 70s Batman. 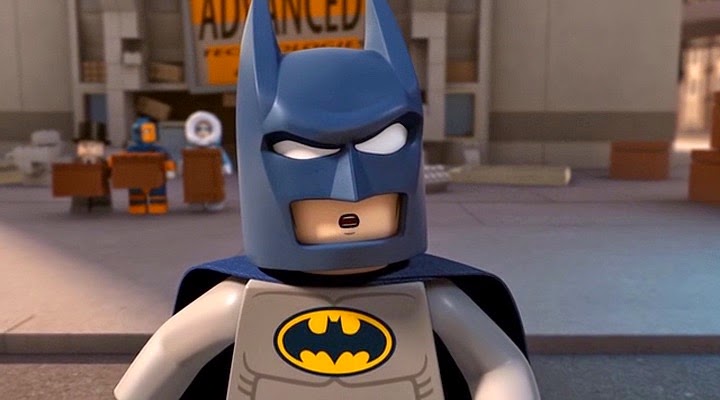 More on Batman, the second feature, DC Comics Super Heroes: Batman: Be-leaguered stars the Dark Knight as he struggles against his natural instinct to be a loner when Superman asks him to join The Justice League. Taking on Man-Bat, Penguin and the Joker — Bruce refuses Superman’s help. It is only when the League needs his help escaping the big bad (no spoilers but longtime Batman fans will be delighted) that once again teamwork overcomes selfishness.

Director Brandon Vietti (Batman: Under the Red Hood, Batman: The Brave and the Bold, Young Justice) is a longtime bearer of the DC Comics Animated Universe torch, in various incarnations. This appears to be his first LEGO credit and I would say he has a hit on his claw hands!

And don’t forget, we’re giving away a copy of the Blu-ray Combo pack, HERE!