The 70s have been romanticized to a point where I’m betting a large portion of the population is done with them.

I think I was done with them in 1980 and I was too young to really realize that I was in the Seventies. What’s funny is that I can’t really get enough of movies about crime in the Seventies.

Here are just a couple of (mostly) recent flicks that deal with undercover operations that get a bit too close in the Seventies. 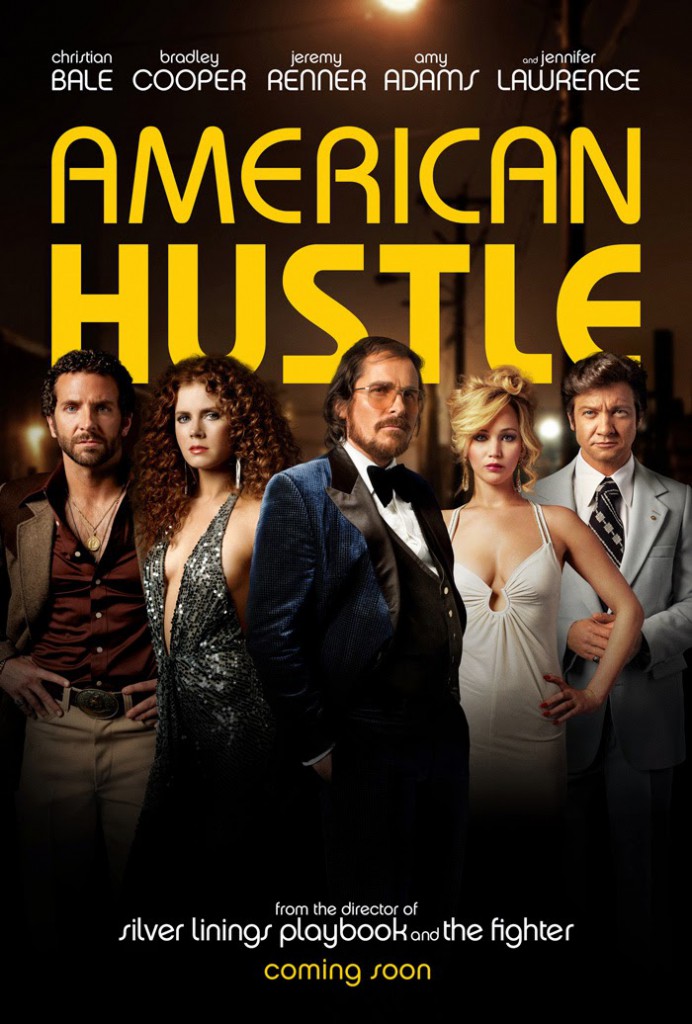 American Hustle is one of those movies that’s ALMOST too hip for its own good. It’s got a hot, young cast of people that everybody loves (one of whom is uglied up). It takes place in a romanticized era. It’s about crime. It’s got great dialogue. It moves fast. And it’s mostly inspired by Scorsese’s best films.

Luckily, it dials it back just enough to still be believable (it’s loosely based on a true story) and still be completely worthy of its nominations a couple of years back.

Irving Rosenfeld (a nearly unrecognizable Christian Bale) is a pretty small-time art seller/counterfeit pusher/con artist in Jersey. His wife, Rosalyn (Jennifer Lawrence) is a mess of a woman who burns something in the house every other day. Irving’s girlfriend, Sydney Prosser (Amy Adams) is a master con artist who helps him build his “empire” into a very legitimate seeming business.

That is, until they get caught by Richie DiMaso (Bradley Cooper), an FBI agent in the con unit…or something. He forces Irving and Sydney to work with him to take down a bigger con, which turns into a political scandal involving New Jersey mayor Carmine Polito (Jeremy Renner).

You got all that?

Meanwhile, there are small roles for Louie CK and Robert De Niro.

The movie is great. Yes, the 70s period is probably played up a bit more than it should be. But this is Jersey, after all. They’ve always been into big hair, ugly clothes and loud noises. That hasn’t changed. They just wear track suits now instead of leisure suits.

Most people will equate this movie with that pillar of amazing, Goodfellas. I can see that, although I would almost put it more in the Casino category, if I had to go with Scorsese. But it reminded me more of a slightly later flick. 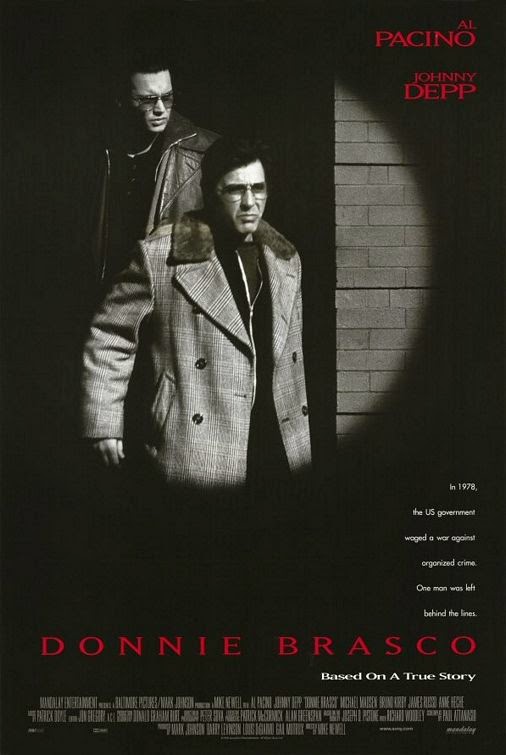 I wouldn’t say that Donnie Brasco has been completely forgotten. I mean, it does have two generations of amazing actors doing some of the best work of their careers. But people don’t think about it as much as they should.

Donnie Brasco is the undercover name of Joe Pistone (Johnny Depp), an FBI agent sent into the snake pit to take out Sonny Black (Michael Madsen), a fairly small fry who ends up being bigtime. Donnie makes friends with Lefty Ruggiero (Al Pacino), a low level runner for Sonny. The guy’s respected enough, but everyone knows he’s not smart enough to actually run anything on his own. But Donnie really connects with him.

As their friendship gets deeper, Donnie collects more intel and gets more conflicted about what he’s doing. He loves Lefty. How can he abandon him when the time comes? It doesn’t help that the job goes on for years and, while Donnie is getting higher on the food chain, Joseph’s life is falling apart.

The depth of Donnie’s friendship with Lefty is amazing. They love each other like father and son. But the “betrayal” must come. And that’s the tragedy of the story. Lefty is such an “innocent” sad-sack, that you really don’t want him to go down for his crimes. And you definitely don’t want Donnie to be the one to take him down.

Also, this is the first time that the word “fuggitaboutit” is discussed. Long before the Sopranos took it over.

These two films set in the Seventies crime world are great examples of our modern times trying really hard to reach back and grasp what it was like in an earlier time.

Sure, the Seventies weren’t THAT long ago. (No, they weren’t! Shut up!)

But there are plenty of folks who think they were amazing times…especially in the New York area.