Minnesota based KarePax is a new player in the subscription mystery box game, this one focusing on snacks/candy and independent comic books.  Available in several different subscription configurations, KarePax, offers “members a diverse selection of delicious favorites and hard-to-find classic snacks plus independent comic books conveniently delivered to their doorsteps. KarePax has taken the subscription boxes to a whole new level by not only adding an international flavor but supplementing the snacks with something fun like comic books.  Each month KarePax subscribers will receive a package including some of the best regional, national and international snacks paired with indie comic books (or sometimes retro movie DVDs).  The U.S. is full of great small independent comic books that do not receive wide spread attention, but are worth reading, making them a special part of these mystery boxes.”

According to their site, KarePax president David Watkins says, “with KarePax we are trying to bring a little more diversity to the mystery snack box space.  We fill our boxes with snacks from a variety of sources. It’s not just limited edition name brands and Japanese candies; we also grab various candies, chips, cookies and sodas from regional manufacturers, at least 10 countries and retro favorites that are still being produced.  We also include a comic book or something geeky in each box.  This approach is what makes KarePax unique. We believe every box gives you a chance to try something new.”

I had the opportunity to check out a sample box from KarePax.  Unfortunately, my response was a little less enthusiastic.

First, it’s expensive.  According to the site, the $26 box provides $40 worth of product.  The thing is, the product included isn’t worth close to that.  Fifteen years ago, most of the snacks and candy within weren’t anything you haven’t seen before.  Now, anyone with access to a bodega or stocked candy store will see some very familiar items.  Pocky and Hello Panda cookies aren’t really unique anymore, and several items including Pasta Chips, Sugar Babies and Brownie Brittle are available at most CVS stores.  A few of the items even had price tags on items.  There was very little that was unfamiliar, and at least two of the items (Pulparindo, a salted Mexican candy and Roasted Seaweed) were virtually inedible.  There just isn’t enough uniqueness (or enough product that’s truly special) to justify the purchase.

Second, the inclusion of the comics is a great idea in concept, but again, it’s a set up for failure.  It’s fantastic that the KarePax folks want to promote independent books and introduce them to new audiences, but the problem is that a number of their selections are first or second issues coming from print on demand or Kickstarter backed programs.  Usually from first time writers and definitely the beginnings (or middles of a series).  The problem is that reading two random comics does nothing to get someone into the medium.  There’s not even a guarantee that a second issue is going to appear.  Their heart’s in the right place, but it might be more worthwhile to put together a digital sampler of some kind to introduce more than two random issues to a potential audience. 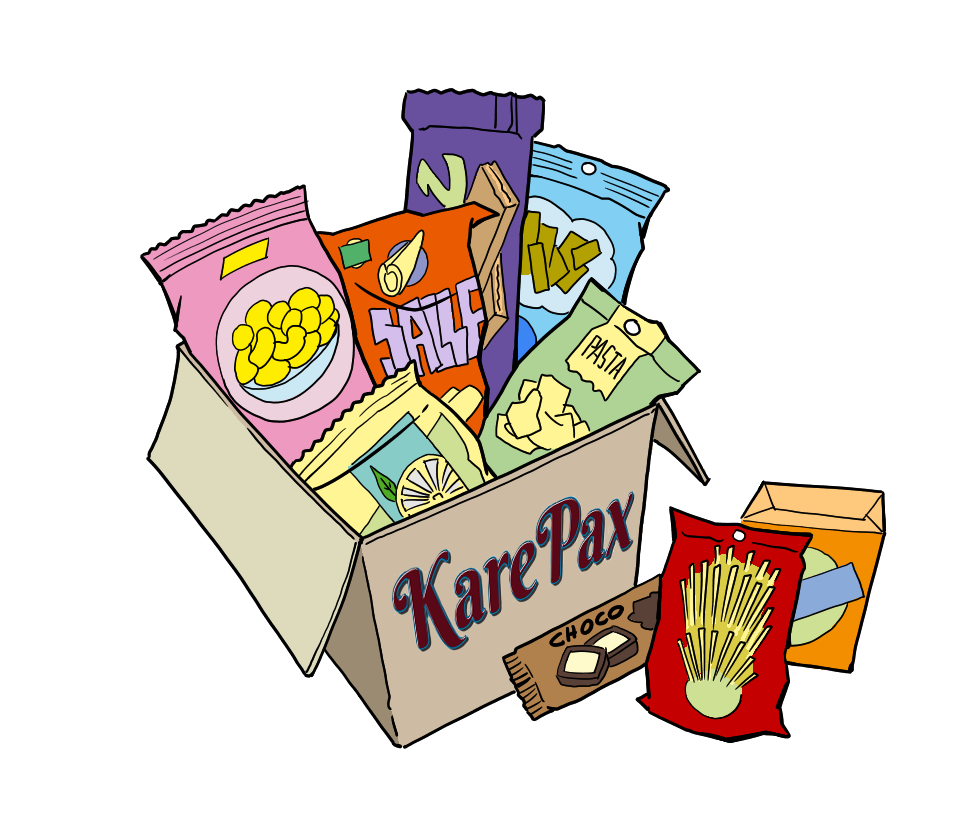 Other reviews online are pretty positive and enthusiastic, which leads me to believe that I’m not the target audience for something like this.  If KarePax sounds appealing, you should definitely check it out and you can save  $10 off of 3-12 month subscriptions using the code KPXRV459

Check it out HERE!