A couple of months ago Neill Blomkamp starting posting concept artwork for an Alien movie project on his Instagram and Twitter accounts. The project using the working title of Alien: Xenomorph and was completely under the radar of the people at 20th Century Fox, who would end-up greenlighting such a film.

The premise being this film would take place sometime after Aliens, I assume with the aged-up cast returning to their roles and ignoring that the two previous films ever happened.

Something that is already going on at Paramount with their Terminator franchise as Terminator Genisys coming this summer is a reboot of sorts. That film is systematically pretending that the last two films aren’t canon and is seeming going back to 1984 (other time periods as well). If Arnold’s coming back they might as well do the same for Ripley.

Alien Resurrection didn’t really leave much room for this to be an option for Alien 5 unless Hicks is still alive somehow. They’d have to do a lot of explaining to bring Hicks back in that timeline.

Rebooting the franchise entirely has always been a taboo subject at the studio, even though fans assumed that Prometheus was going to be exactly that. Of course, if they had followed the production process they would know the film was always going to focus on the origins of the Space Jockey aka the Engineers. 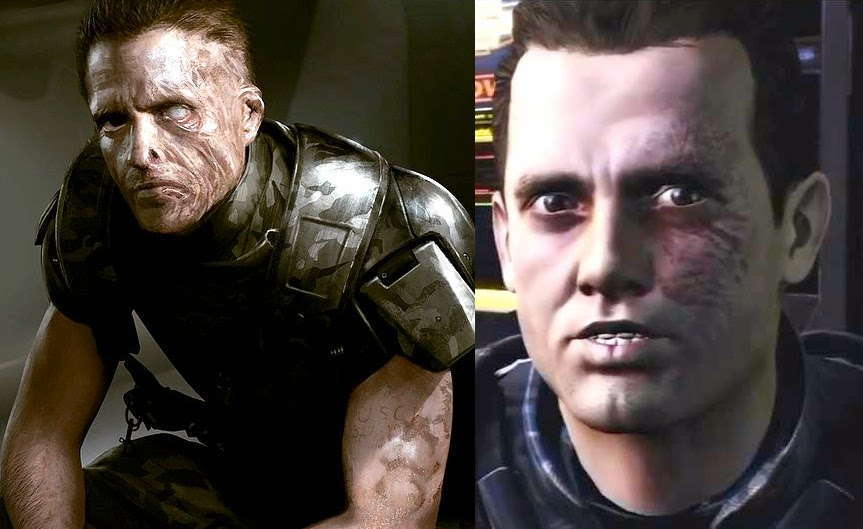 Now let’s consider where Blomkamp got this idea to bring back Dwayne Hicks and the derelict ship.

It actually might have been inspired by the video game Aliens: Colonial Marines which for most was a massive disappointment. The game was terrible in almost every aspect and had huge potential because it’s developer Gearbox had access to all the materials from the Aliens production. Colonial Marines was expected to actually become a semi-sequel to Aliens and would even attempt to bring back characters including Hicks reprised by Michael Biehn.

In the game’s downloadable expansion single-player mission titled Stasis Interrupted, it’s revealed that Hicks wasn’t in the cryo-tube when the escape pod crashed in Alien 3. This allowing Hicks to have had an unseen storyline explored in the game.

Some fans have actually embraced this expansion but it’s unlikely any have really heard of it.

The mission also had Lance Henriksen in the role of Michael Bishop Weyland which he played in Alien3, further connecting the game to existing canon. The character confirms to Hicks that he and the company have indeed retrieved the alien ship and were using/testing it’s contents on the planet.

Weyland gets ahold of the derelict ship and starts experiments on both LV-426 at the Origin Facility and his own ship using unsuspecting colonists as hosts for the xenomorphs. This base of operations was also teased in the production artwork posted by Blomkamp.

Check out the comparisons between the Weyland facility from the game and the one posted by Neill Blomkamp.

The expanded mission’s story was seemingly being pulled from old Fox scripts that had Dwayne Hicks as the lead of the third film, a precaution at the time as the studio and producers kept finding ways to exclude Weaver from returning. There were indeed versions that did have Hicks taking-over as protagonist of the series but that never did end-up happening.

This of course wasn’t James Cameron’s idea for the third film as he had envisioned that family dynamic created at the end of Aliens being further explored. He was gutted when Fox killed both Newt and Hicks in the third film, and would eventually turn his back to the franchise once they passed on his Alien 5 pitch to make AVP instead.

Having a video game inspire his direction for an Alien movie pitch wouldn’t be crazy for Blomkamp, remember was once set to direct the live-action Halo movie and previously made live-action ads for the game as well.

Let’s not also ignore that Sledgehammer Games took direct designs from his film Elysium for a lot of the design work on Call of Duty: Advanced Warfare. To the point I’m shocked there wasn’t a lawsuit.

Honestly, it couldn’t be any less ridiculous than producers pulling story elements from The Hobbit for most of the Alien 3 script. Trying watching the film now after seeing Desolation of Smaug, the producers obviously scrambling for material were writing scenes just before they were shot. 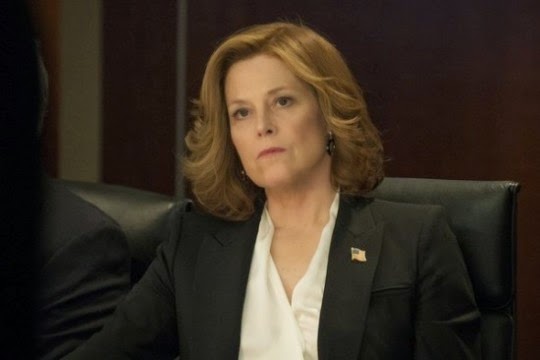 Fox getting on board might be a tough sell since they did take a huge hit from Aliens: Colonial Marines turning out to be a huge clusterfuck, having a film slightly connected to the game might be a reason why they could turn it down.

Then again, with Blomkamp involved it could see more interested parties include Sigourney Weaver who just worked with the director on Chappie. Weaver has been vocal since the 90s and even up until recently to finally give Ripley another shot in fifth Alien film. I’m also sure that Michael and Lance would jump at the chance to reprise their roles as well.

However, he did sound like he was interested in returning the Alien project at some point in the future with studio backing it could be enough to push him into serious development.