Today I was hanging out rolling in my Cadillac thinking about being buff, America, fireworks, breezes and so much more.

When I had a vision, a vision of the past, a past when I was a little dude, hanging and banging.

You see, I had the ultimate workout set as a child. 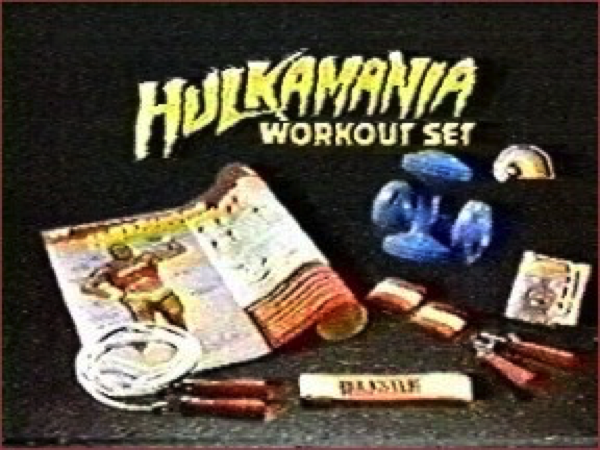 I could be Hulk Hogan.

I could powerlift Andre the Giant and maybe gain the attention of the sweet Miss Elizabeth.

I could FIGHT FOR WHAT WAS RIGHT. 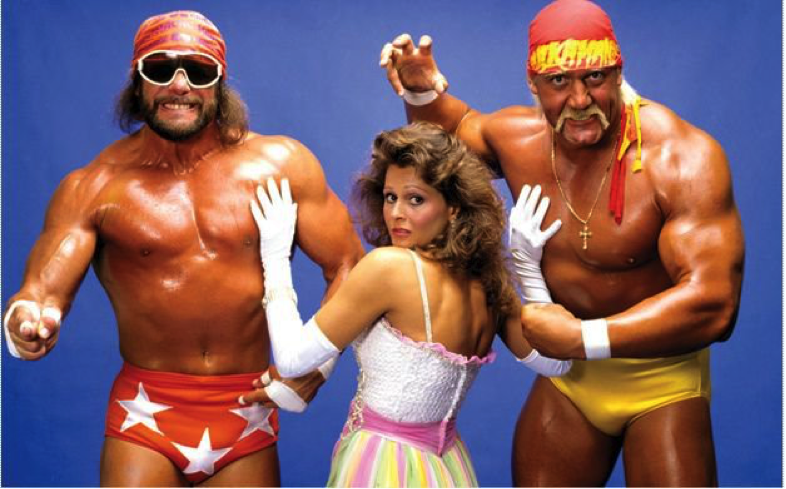 I’ll never forget – it was my tenth birthday and after I ate some cake, I hustled that set on down to my sweet subbasement and immediately inspected the contents.

The set came complete with:

The tape was the most magnificent part of the whole set. Hulk was actually speaking to me over some smooth sort of 80’s muzak crafted by what seemed like 1980’s YES meets a bit of Kenny Loggins. 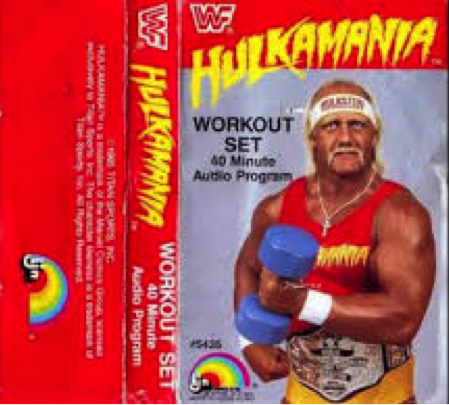 …but only if I got in shape.

I was inspired, so as I ate some Cheetos and listened on. Hulk pondered on the other jobs he could have, a businessman, a student or even a schoolteacher, can you dig that?

And that he’d still work hard at keeping his body in shape, doing his normal “hanging and banging.”

This was real, so real. Hulk continued to discuss how a strong body is not only important to wrestlers and football players and other pro athletes but everybody in America.

I was this everybody! I put on the headband and wristbands, feeling the power reverberate through my tiny body. 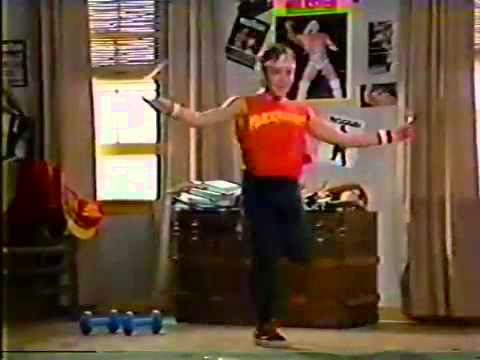 I learned there would be four parts to my workout: warm-up, stretching, workout, and cool down. That it would take some time but this set would get me started on the serious business of working out; you know, stuff like I should never treat the equipment like a toy and so on.

He gave me some tips about safety and continued to refer to me as DADDY and himself as DADDY peppered with a lot of little dudes. His voice was sandy like wallpaper in the sunshine.

The tape continued on to expound me through the four courses of my workout. With such lines as:

Feel that stretch man!
Come on get it together. Pick those feet up, lift those knees higher.
Use that gripper while your watching TV or riding in the car or walking home from school.
Well my muscles started pumping.
The Hulksters starting to feel real good, man!
We got some serious hanging and banging in front of us!
Don’t you dare quit on me or I’ll body slam you!
Keep on a pushin’ man. Keep on a pumpin’
All the way don’t you dare cheat on me! Push little dude!
How does it feel? Are you doing it right? Look at the pictures if you have to.
Don’t slow doooowwnnn. The Hulksters watching you.

Unfortunately, this set went the way of the closet after about 2 weeks after discovering the weight set was, in fact, a better toy than workout gear.

The barbells became weapons of mass destruction, the jump rope a good way to keep my sister out of my room. Eventually, the headbands and armbands had grape soda spilled on them and I think my dog RATT may have eaten them eventually.

Sorry, Hulkster; I didn’t heed your sage advice. I didn’t take my workout seriously. It was all just a toy. I guess I don’t get to be a DADDY and have all the chicks swamp around me at the beach.