All hail John Munch, Howard the Duck for the modern age.

Played by Richard Belzer, the sarcastic, conspiracy-loving Red Sea pedestrian of a hard-boiled cop has spent the better part of his career as a universe jumping red herring, skipping from show to show, sprinkling fairy dust everywhere he goes.

Originating on Homicide: Life on the Streets, the character of John Munch has spanned 20 years on over a dozen shows. John began as a wise-cracking Baltimore city cop, but his sarcastic demeanor, waif-like physique and dry wit has carrying him beyond the mere spin-off into new genres, including sci-fi and comedy.

He is, without a doubt, perhaps the most magical of primetime beings.

Munch’s ability to jump both shows and genres, as well as small screen to big screen, has made the man immortal. No cancellation or cast reshuffling can stop him. He can use Yiddish phrases faster than any old-world grandmother while jumping networks in a single bound. He can transition from sitcom to feature film parody back to serial drama before you can even say, “duh dum.”

But during all this jumping, Munch has changed. He was altered. He went from a secondary character to a magical story convention who represents the interests of the audience.

It is this metamorphosis that makes the man more Howard, than recycled beat cop. 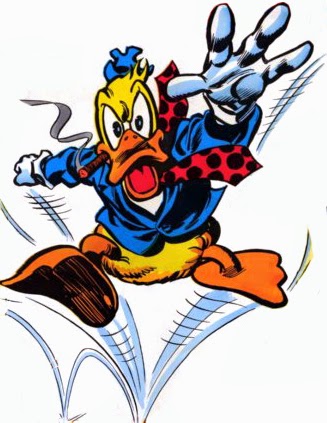 For those of you who are marred by the George Lucas version of the feathered cult idol, I feel it necessary to say that Howard the Duck isn’t a fucked up space alien who bangs Lea Thompson.  I am truly sad I have to say that.

Howard got his start in Adventure into Fear #19 in 1972, where his fast-tempered, loudmouthed ways allowed him to become a perfect narrator for social satire in the Marvel universe.

He was the definition of meta, fully aware of the ridiculousness that surrounded him and unable to contain his need to comment on it.

He was the Harvey Pekar of the anthropomorphic animal sect.

Soon, Howard got his own funny book in 1976, around the time the character launched a presidential campaign in the real world, where the writers and creators requested folks to write-in Howard on their ballots. 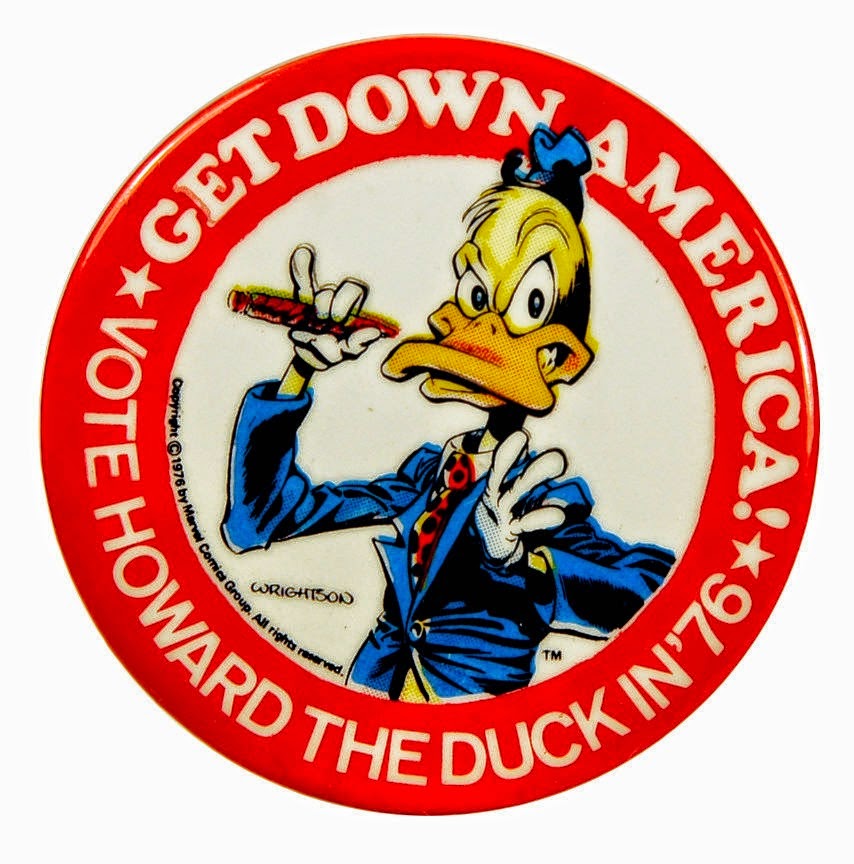 That’s how popular the character was.

A Disney threatened lawsuit claiming that Howard was too similar to their Donald (since neither wore pants) eventually took it’s toll and frenzy over the character began to die down shortly after and in 1979, the final Howard book was published.

Than the movie came out. And Howard went to fucking shit, taking any existential humor and wisdom with him as the character headed down the crapper.

(At this moment, I would like to take a second to thank James Gunn for reviving the character and forever tying him to a GOOD movie. Thank you. Really.)

But then TV audiences were blessed with Munch, and all was good again in the world. 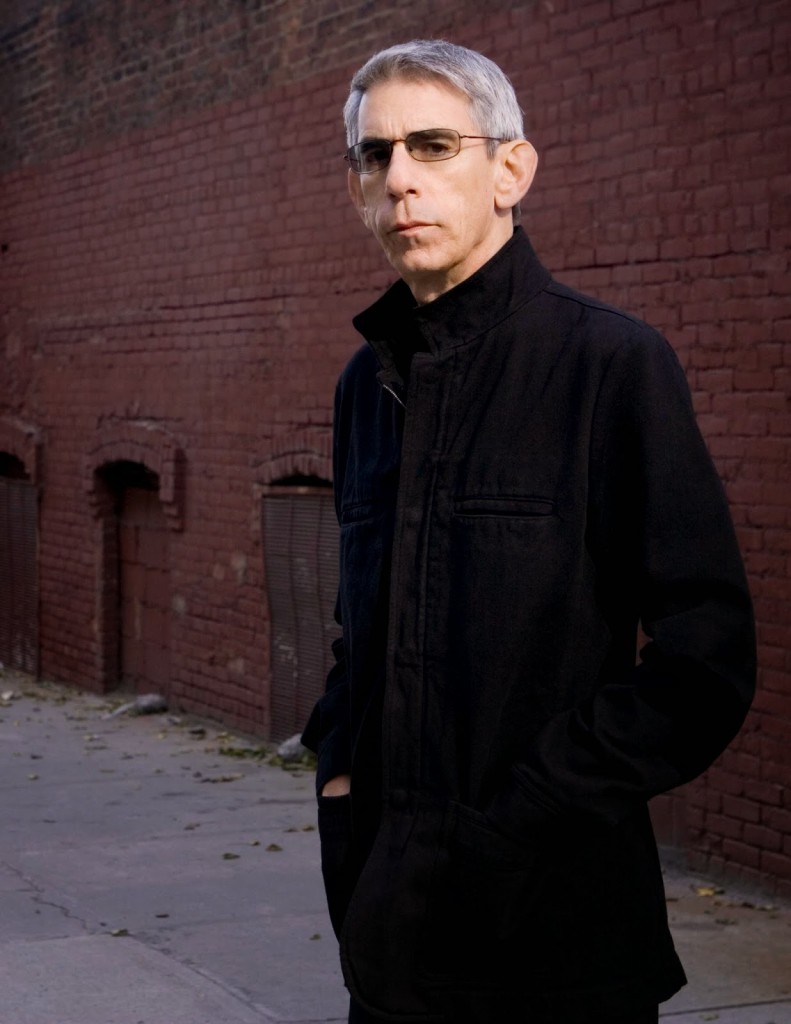 In his constant TV and film appearances, it appears that John Munch has gone meta himself. His very appearance represents the audience at home, casting both a wise eye on any situation while calling out the familiar in a funny way to folks who are in on the joke.

Here is a look back at a few steps in the journey of the magical man that is John Munch:

Homicide: Life on the Street
This is where life begins for Munch. Based on real-life officer-turned-actor Jay Landsman, Munch was a cynical cop with a dry wit and Joey Ramone-esque sunglasses.

Law & Order: Special Victims Unit
The first of his jumps, Munch moved from Baltimore to New York, joining the cast of characters at the SVU, where he was the only one with a sense of humor. It was on the Dick Wolf show that the character began to grow and develop. From getting shot in the tuchus to dealing with his mentally unbalanced ex-wife and uncle, SVU is where Munch began to blossom.

Law & Order – “Exit Strategy”
It wasn’t out of the ordinary for Law & Order to lend out its key players to other parts of its franchise, so seeing Belzer on a third show wasn’t all that surprising, but it did lay the groundwork to the Amazing Appearing Munch.

Law & Order: Trial by Jury – “Skeleton (Part 2)”
The least successful of the Wolf “Du Dum” franchises, Munch appeared yet again. But even the Amazing Munch couldn’t help with the ratings.

The Wire – “Took”
So, this is where things begin to get meta. In the story, Augustus Haynes (Clark Johnson) walks into a bar to chat with Major Dennis Mello, who is played by Landsman, the very character Belzer’s Munch is based on. While making his way through the bar, Munch can be spotted revisiting his old stomping grounds. 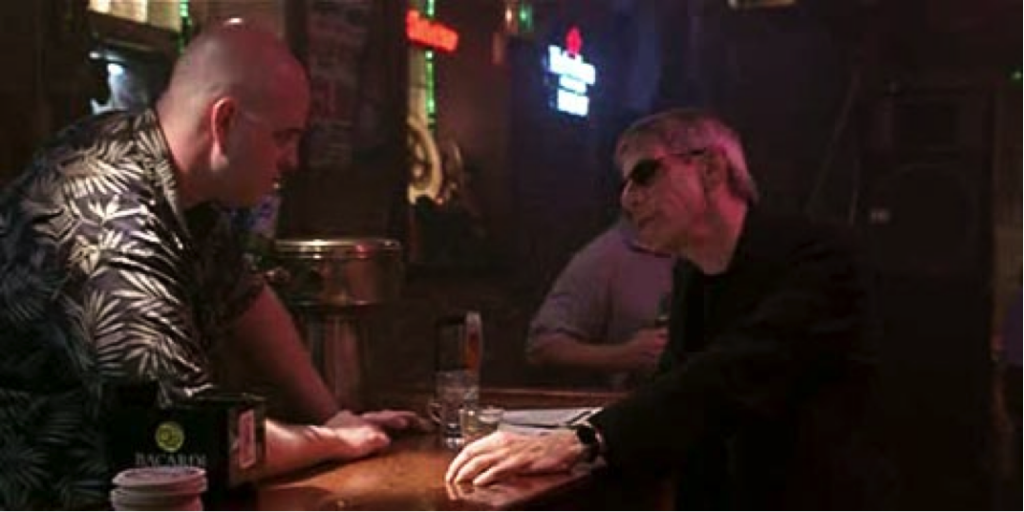 Want more? On Homicide, Johnson’s character owned a bar with Munch, who can be heard in the scene chatting about the bar he used to own.
Boom. Mic drop.

The X-Files – “Usual Suspects”
Who is that svelte, dark cop leading the raid on a Baltimore warehouse?

Munch makes his jump to the sci-fi crowd by interrogating the Lone Gunman, who find themselves at the mercy of local law officials after an arrest. 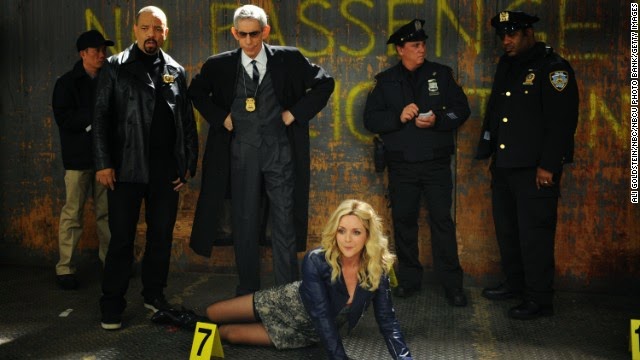 The Law & Order universe is included in two episodes of the Emmy-winning NBC laffer, in which the characters of the show appear in material specifically written for clips on the sitcom.

A Very Brady Sequel
Bet you didn’t remember this?

The unnamed hard-edged cop promises to look into the dealings of Carol’s long-lost husband on behalf of groovy Mike.

Sure, he wasn’t officially Munch, but honestly, what else are you going to call him? 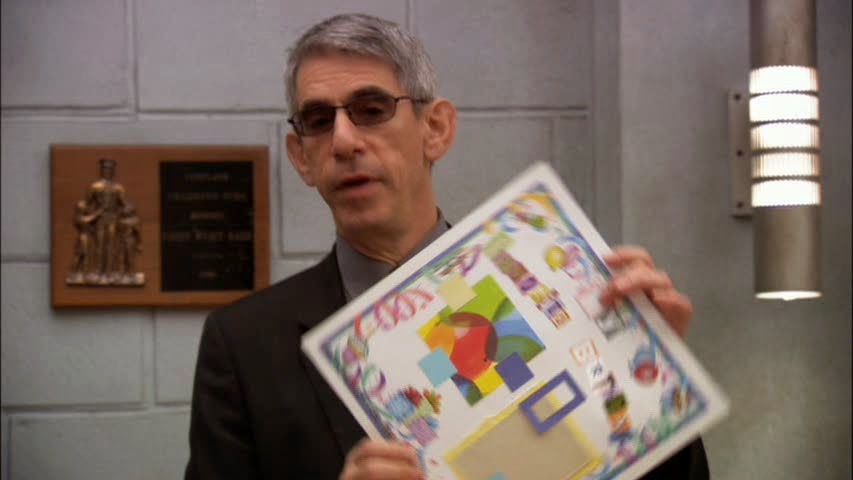 “Professor” Munch takes a naive Tobias under his wing as a scrapbooking teach, an undercover alias he used to get the Blue Man groupie to spill on Bluth family secrets.

Unbreakable Kimmy Schmidt – “Kimmy Goes To The Doctor”
What better way to introduce Kimmy to the world of modern television than with a “Law & Order” episode? She might has well get used to it. It’s always on.

The cutest, little cuddliest Munch ever!

And finally, a shout out from DCI John Luther… 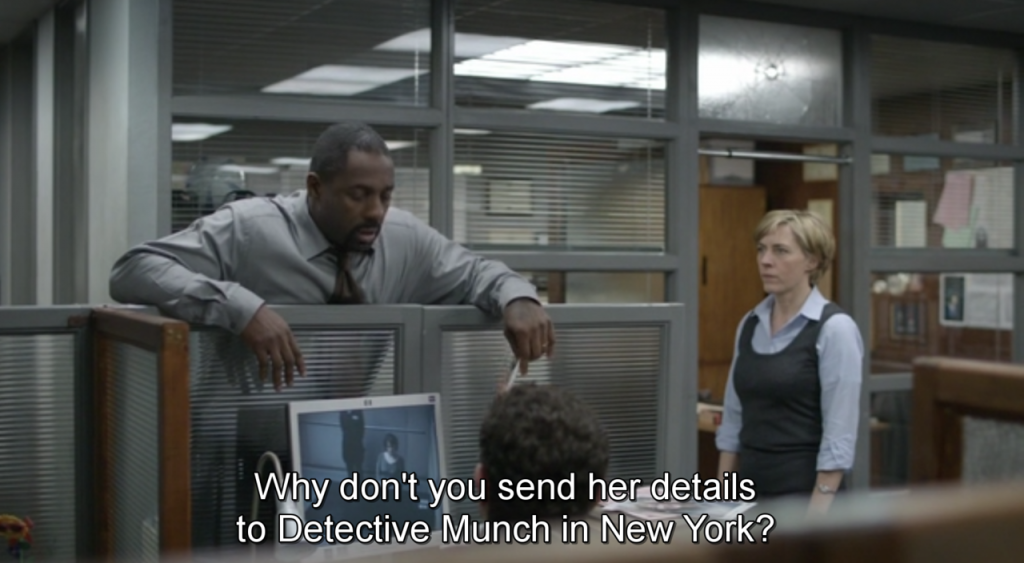