Have you ever wanted to drive someone insane?

Have you ever wanted to make someone believe something that’s just not true?

Well, filmmakers definitely have, and they’ve made plenty of movies about it.

Here are two that go together well. 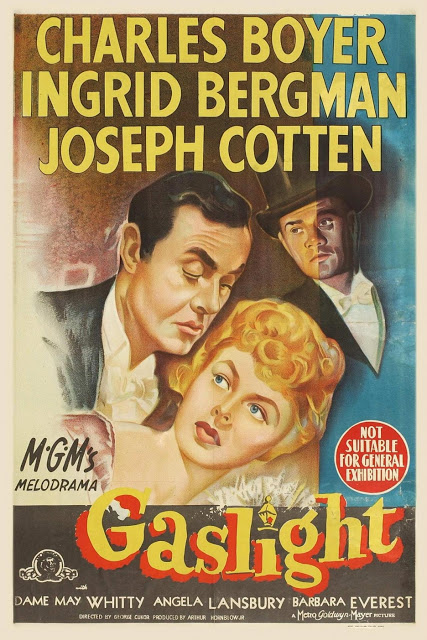 Newlyweds Gregory Anton and Paula Alquist (Charles Boyer and Ingrid Bergman) move in to Paula’s childhood home. The catch is that her beloved aunt was murdered there. Also, Gregory might have some dirty tricks up his sleeve. It doesn’t help that the maid, Nancy (a very young Angela Lansbury in her debut) obviously has it in for Paula. An old admirer of her aunt’s, Brian Cameron (Joseph Cotton), sees Paula and begins to investigate her husband. What’s he hiding? And why is he suddenly being so cold to his lovely young wife?

Gaslight is one of those classic movies that, sadly, people kind of forget about today. It’s also one that became its own euphemism. It was so huge upon its release that people started using the title to mean “to drive someone crazy.” It also brought Angela Lansbury to the consciousness of millions of folks during WWII who would end up being the core audience of Murder She Wrote.

It’s an amazing film that might as well be a Hitchcock film.

In fact, Hitchcock’s Rebecca would be a good double feature with Gaslight also.

But I’m going a little more esoteric with mine. 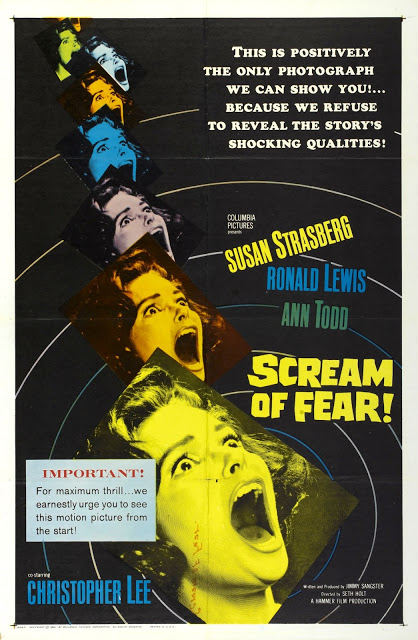 Penny Applebee (Susan Strasberg) comes to live with her father after 10 years of living with her mother. She’s wheelchair bound, so it’s going to be hard for her to make it on her own. (This was the early 60s. What do you want? Progressiveness?) When she gets there, her step mother (Ann Todd) tells her that her father is away on business. The problem is that Penny keeps seeing his body strewn about the house. Sitting in a chair in the coach house. Laying about the floor. Falling out of cupboards.

Of course, no one believes her because she’s under so much pressure. Eventually, she gets an ally in Robert (Ronald Lewis), the family chauffeur, but no one really believes him, either. Why are they so intent on not believing her? And where is her father, if that’s not his body that keeps popping up everywhere?

This is definitely a lost Hammer film. Everybody remembers the Christopher Lee/Peter Cushing Dracula and Frankenstein flicks. But the more “mainstream” thrillers like this one have kind of gotten lost in the shuffle. Lee is here, of course, playing a friend of the family. Or is he behind the whole thing?

This is also Lee’s favorite of all of the Hammer films, so there’s that. It’s a great little film.

Definitely worth the search. The version I saw also had The Gorgon on the disc. That’s also a great little film. (Lee’s comment on that was, “The only problem with The Gorgon was the Gorgon!”)