Christopher Golden is a busy guy.

Like the pulp writers of days past, his output is staggering.  He writes books and comics, edits anthologies and continues to attract and keep new fans with every project.

He first teamed up with Mike Mignola on a Hellboy prose anthology and the pair have collaborated regularly since.   The first issue of their Baltimore series, The Cult of The Red King, is available today.

Chris took some time from his very busy schedule to discuss Baltimore, the art of collaboration and his upcoming projects.

FOG!: I discovered your work twenty one years ago blindly picking up Of Saints and Shadows, which I adored. And since then, I’ve been a fan. Baltimore originally started as an illustrated novel before segueing into a comic series. For those unfamiliar, who is Baltimore?

Christopher Golden: Lord Henry Baltimore starts out as a young English noble officer on the battlefields of World War 1. One night, during a daring raid across no man’s land, his platoon is ambushed–all of them killed except for him. He wakes up, injured, to find his men being feasted upon by monsters. When one of them comes for him and he defends himself, he inadvertently sets into motion a time of terrible plague, both of disease and vampirism. But that’s only the beginning of what he’s set in motion.

Baltimore: The Cult of The Red King #1 is really the beginning of the next phase of his story. I’ve been calling it the overture that leads into the final arc. I urge folks to pick up the first volume, The Plague Ships, but it’s entirely possible to start with the first issue of The Cult of The Red King and get the information you need to continue reading from there. 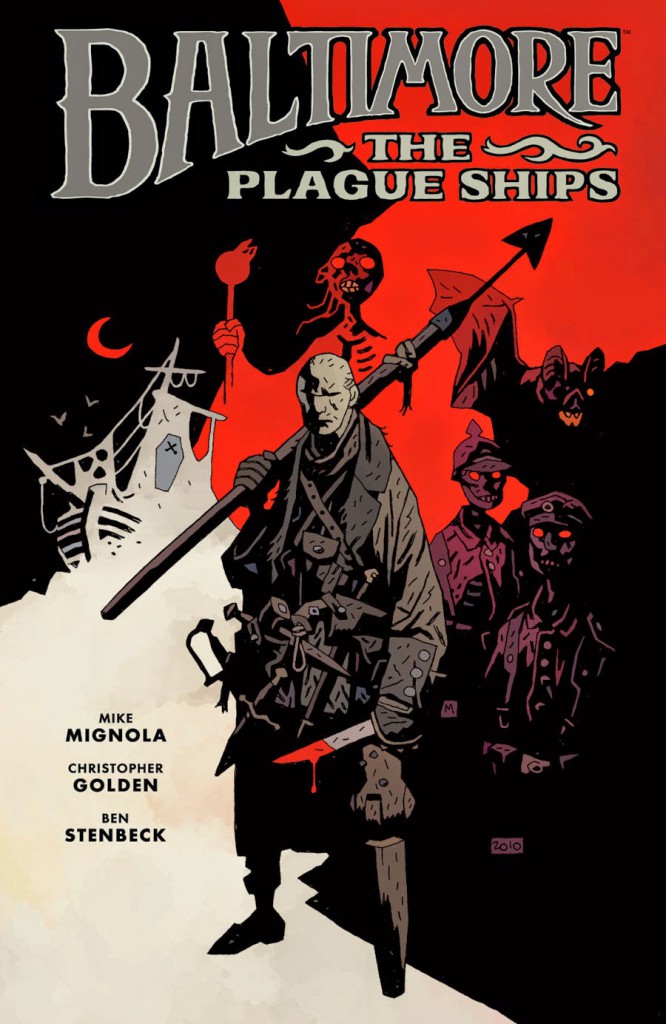 What is the creative process like with Mike Mignola? You’ve worked together on both prose and comics, is it different depending on the medium?

It differs a little from project to project, and it’s certainly different from other collaborations that I’ve done. By now, on the Baltimore comics, it’s mostly comprised of Mike and me getting on the phone and talking out my ideas, him jumping in with his own, and then me putting together an outline to get feedback from him, Scott Allie, and Shantel LaRocque at Dark Horse. It’s been that way for a while, but even more so now. While I was working on volume five, which consisted of The Wolf and The Apostle and The Witch of Harju, we were still thinking longer term than we’re thinking now.

Then one day the idea came to me…I just knew how we were going to get to the end of Baltimore’s story. Once I knew that, I knew what the story had to be for The Cult of The Red King and also exactly how many issues and volumes were remaining. The Cult of The Red King is not the end, but it’s the beginning of the end. When it’s all over, you’ll be able to look back and see that from here until the final issue–however much time passes between now and that last issue–it’s all one story. This is part one of the final act.

One really interesting thing is that writing is often such a insular experience, but in addition to your own work, you’ve collaborated regularly with other writers including Amber Benson, James A. Moore, Rick Hautala, Tim Lebbon and the less-talented Thomas E. Sniegoski (I’m kidding, Tom is one of my favorite and truly nicest people in comics). What do you enjoy most about collaboration?

I used to like collaborating and then I worked with Sniegoski. He’s ruined it. (But not really.)

I always say that writing is a solitary occupation and I am not a solitary person. The truth is that I find myself growing more and more solitary over the years, but that I have some amazing friends. When your friends are also creative people, invariably you end up coming up with ideas because you get excited about the same things. Most people assume collaborating is easier because you’re doing less of the actual work, but honestly it’s MORE work than just writing something yourself.

For me it’s about those shared passions and the great feeling that comes from creating something together.

The Baltimore series takes place in the past and The Cult of The Red King appears to be set just before 1920 or so (I hope I’m right). How important is it to you, when writing a period piece, to ground your story with actual historical events?

The Cult of the Red King takes place in 1920, so you’re pretty dead on. The thing is that our 1920 is very different from the real 1920. Years ago, at the height of World War 1, the plague became so bad that armies threw down their weapons and went home to check on their loved ones. I’d guess at least a third of the population of Europe has died from plague or vampires and while that’s all calming down now, there are new evils emerging from the shadows all over the place.

Development essentially stopped when the war stopped. So while there are trucks and cars, lots of people use carriages or even ride horses. It’s all rooted in the history, though. If you’re going to veer away from real history, you have to start with the reality.

You’re known primarily as a horror writer, but your upcoming novel, Tin Men is a thriller. What can you tell us about the book? 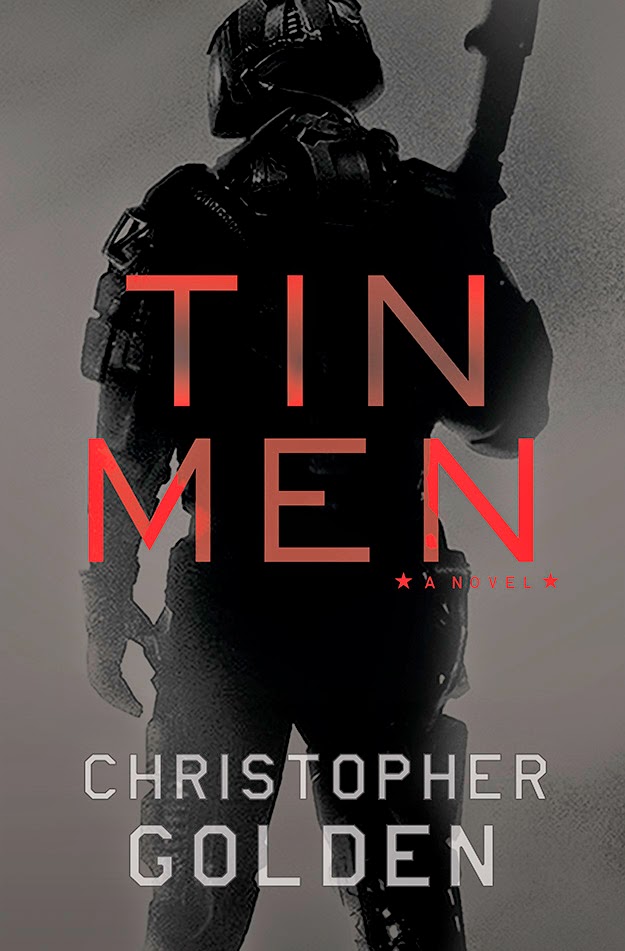 Tin Men is a near-future science-fiction thriller about a U.S. army program that puts remote infantry robots into the field, drone-piloted by human soldiers in an underground base in Germany.

With this tech, the U.S. has been intervening in global conflicts for years in order to safeguard the global economy, protecting its own interests by making sure the world doesn’t fall apart.

But people don’t like being told what to do or being forced to make peace, and so an international group of anarchists have executed a plan not only to make the Tin Men obsolete, but to tear apart the world economic and political structure.

Now one platoon of Tin Men is desperate to get back to their base in Germany in a gambit to hold onto their humanity, only to realize that they have a job to do before they can get home…save the President of the United States, and with him maybe any home of pulling America back together again.

A secret project with Mike Mignola that I can’t talk about yet (well, two actually)…and Dead Ringers, a new supernatural thriller for St. Martin’s, which is due out in November.

The current season of Game of Thrones of course. The best movie I’ve seen so far this year is It Follows, which I loved. Tim Lebbon’s amazing horror novel The Silence, which just came out. In comics…Afterlife With Archie, Hellboy in Hell (of course), Rachel Rising, Letter 44…Not enough time in the world to watch and read all that I want to watch and read. Story of my life. 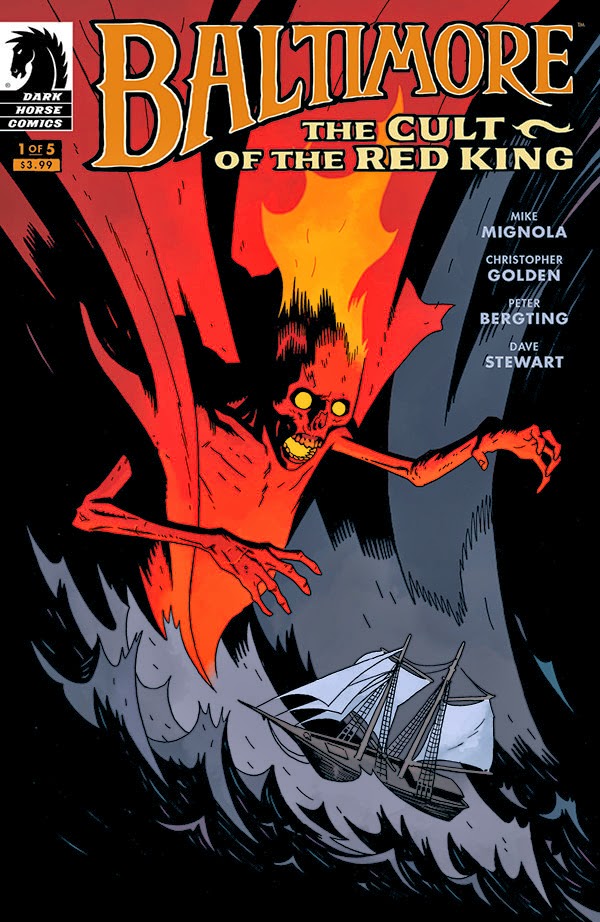