Last week, I suffered a pretty serious eye injury. The kind that has you rushed to a cornea specialist and given a small arsenal of specially made antibiotics to take every hour on the hour for… well, no one knows how long.

Still, despite effectively going blind in one eye, there was one, single silver lining; I got to wear an eye-patch, and as every comic reader knows, eye-patches are the exclusive domain of the baddest of bad asses.

In fact, growing up reading comics, you get the distinct impression that you’re not really anything even approaching tough until you lose the use of one eye.

Sure, sure, most super heroes (and villains) have full use of both of their eyes, but we all kind of know that when it comes to awesome, their more binary colleagues hold the most rank.

Nick Fury is probably the most famous four-colored cyclops, though God knows there are way too many to list.

Odin. Now there’s a one-eyed wonder. Not only is he the baddest of all the gods, but he’s also the wisest. And how did he get that way. Yep. He forked over an eye.

So, yeah, I’m not going to lie. For a good bit of my life, I believed that being driven to wear an eye-patch is the ultimate expression of badassdom.

Then, last week, when that eye injury drove me to have to wear an eye patch, I learned that it actually fucking sucks. Like, a lot.

Nick Fury fought the forces of Hydra for literally decades while wearing an eye-patch, but for the life of me I can’t recall a single issue, let alone panel, that focused on Fury’s good eye being strained as hell from having to do all the work. 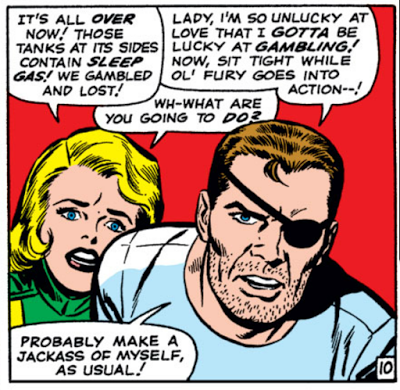 Deathstroke, the Terminator is the most feared and deadliest assassin in an entire fictional universe, and he too,  sports an eye-patch.

Still, I’m racking my brain trying to recall his coming to grips with limited to no depth perception.

And Odin, the all-father of Asgard?  Since time immemorial, he’s vanquished frost giants, dark elves and Surtur, Lord of Muspelheim all with one eye covered. And yet I don’t think I’ve ever seen a single reference to the fact his blind spot typically means running into damn near everything that isn’t consistently in the same sport. 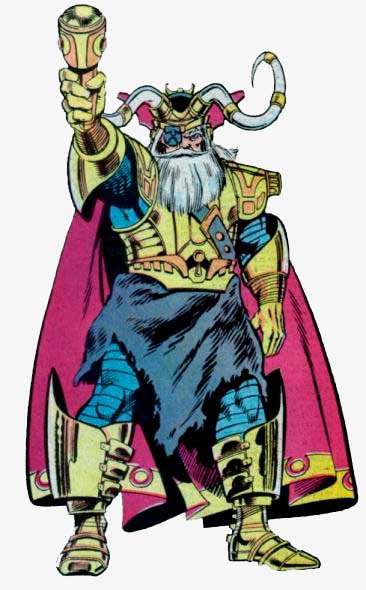 Comics, I fear, have lied to me once again.

But at least I look like a badass, and I suppose that’s what really matters both in comics and in real life.