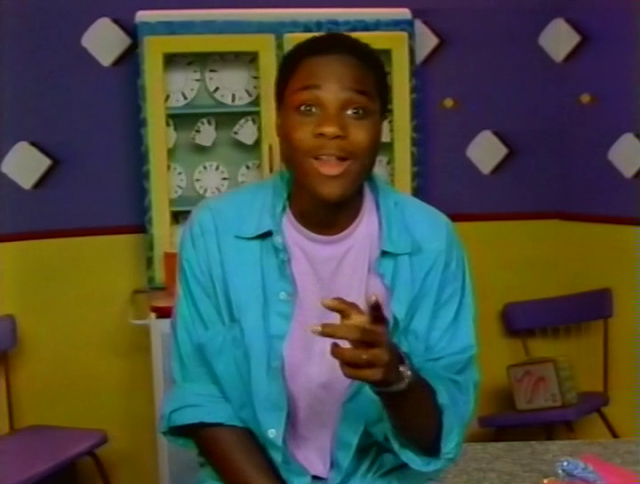 Was there really anyone else cooler than Malcolm Jamal Warner?

Between crushing on his tv sister (everyone crushed on Lisa Bonet) and rocking a Gordon Gartrell, Malcolm aka Theo Huxtable was pretty hip circa 1987.

Which is why he might have been on paper, been the perfect host for Show Off! How To Be Cool At Parties. 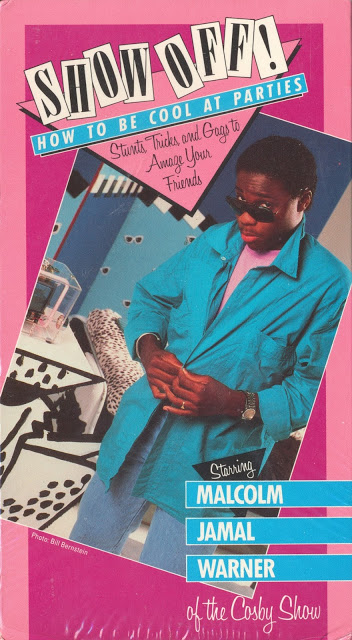 Join Malcolm Jamal Warner, top-rated star of the Emmy Award-Winning “The Cosby Show” and his ZANY friends for an unbelievable half-hour of no-holds barred hilarity!

This fast-paced comedy variety show featured the talents of Nickelodeon’s own FRED NEWMAN, madman magician BOB FRIEDHOFFER, comedians FRANKIE PACE and others performing and demonstrating the best cool tricks, stunts and gags–including lessons in juggling, the imaginary stairway, magic, mime, and even the Hawaiian nose hum!!!

So… impress your friends with an upside down face. Fascinate your folks with your amazing disappearing thumb. Mystify your classmates with the incredible string trick.

In short-have fun, be the life of the party and SHOW OFF!!

Chances are if you were a kid that applied this comedy at parties, you’d either grow up to be Jim Carrey or a complete douche.

Watch it and decide for yourself.