Many of you know Meredith Salenger as the girl you had a crush on in the 80s (The Journey of Natty Gann, Dream a Little Dream) and the woman you still have a crush on today.

I was lucky enough to sit next to Mer (I totally call her by a nickname now) when we were both celebrity guests at the Days of the Dead convention in Indianapolis this year, and we became friends immediately. 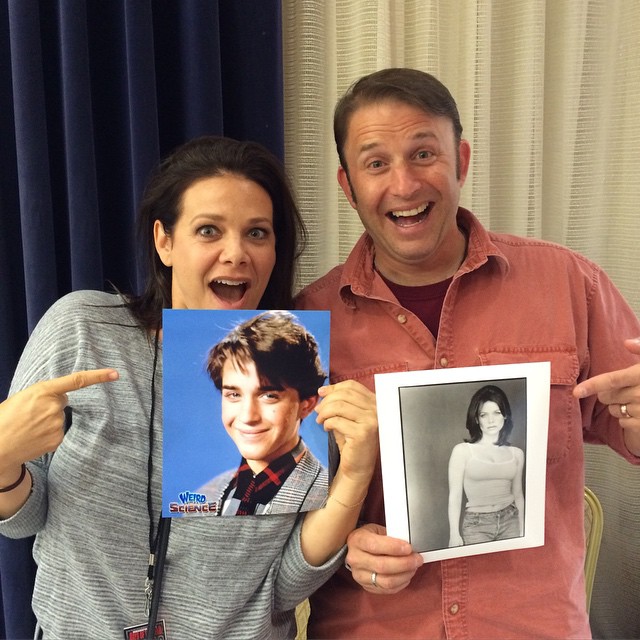 Here’s the thing: I had followed her career since she was young (and I had a mad crush on her – not gonna lie), but I also had been hoping to meet her ever since I saw her absolutely dominate everyone on the tabletop gaming show Tabletop at the game Qwirkle. So I was hoping to test myself against her at Quirkle, since she is clearly the reigning champion.

By the end of the convention I had made clear to her that I was a plucky challenger coming for her title, Qwirkle-style. 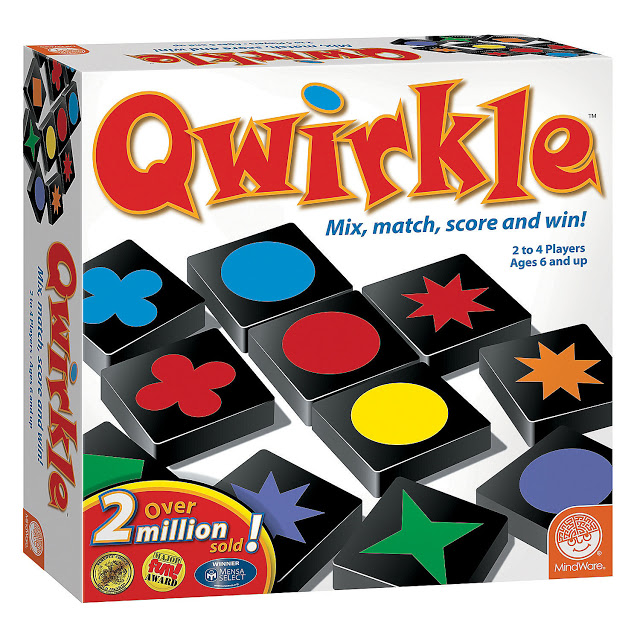 In short, Qwirkle is so easy to learn that, after one round, you understand everything you need to know to play competitively. It plays fast (in about an hour) while still providing the feeling of a full and nuanced strategy game, which is perfect for friends who like games but also who like to chat. 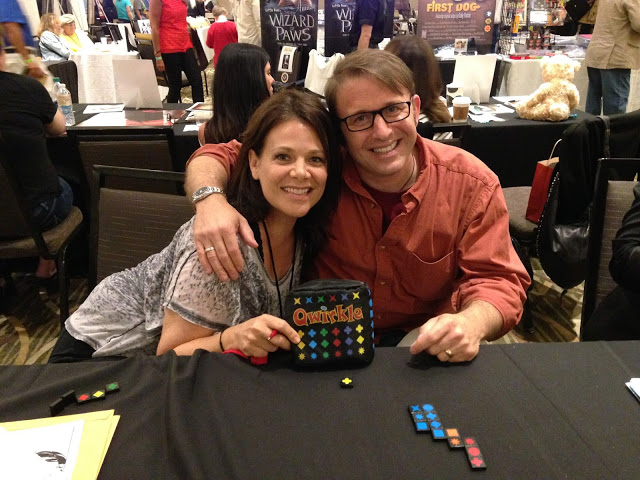 Here’s how it works:

The game consists of a bag full of wooden tiles, and on each tile is one of six shapes in one of six colors. In the game, you place as many tiles as you can to complete lines of either one color (without repeating a shape) or one shape (without repeating a color). Then you draw new tiles from the bag. You get points for any lines you extend, so putting one tile down at the end of four tiles gives you five points. 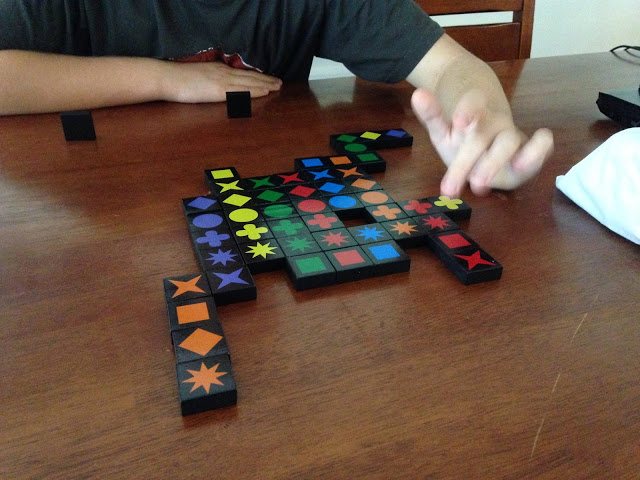 Playing the game is kind of like dominos and Scrabble, and a real strength of the game is that you feel immediately comfortable with the rules, like you always knew how to play. Once you start thinking about what might happen in the game, you start to notice all kinds of ways to block other players, set yourself up for future rounds, and save certain tiles for possible moves later on.

The world of tabletop games is a big one, and it’s good to match a game with the situation and the kinds of people involved (see my piece on different types of games). Qwirkle is an excellent game that rides the line between a strategy game and a party game.

Where Apples to Apples and Cards Against Humanity often leave me feeling like I didn’t actually play anything, Qwirkle is a game where the players can be extremely competitive even while they are chatting about other things and getting to know each other. 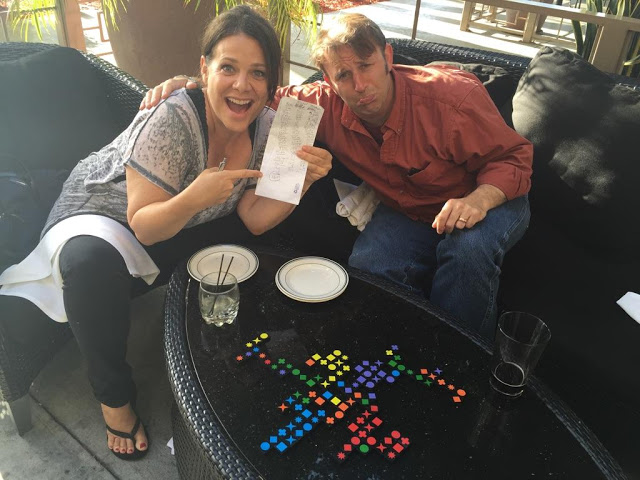 We had a great time playing this game, and I recommend it highly for a family or a group of friends having a game night or grabbing a quick game over a meal.

As a guest at the most recent Hollywood Show in Los Angeles I sat next to Meredith again, and she had brought a travel-sized Quirkle so that she could defend her title.

We played one game during lunch and then two more after the Con closed. I don’t know if I have taken Meredith’s title, but I do know that she now takes me very seriously as a Qwirkle challenger! 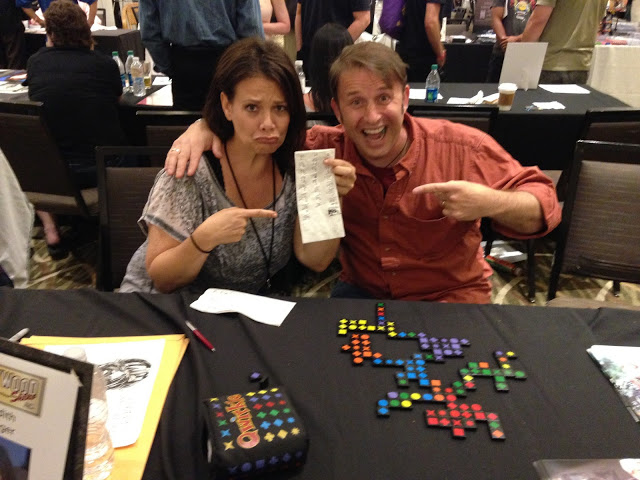 We had so much fun playing these games that I wanted to write a quick review here on FOG! to encourage everyone to give this game a try.