To say that this has been a rough year for professional wrestling would be an understatement.

Industry icons Verne Gagne and Dusty Rhodes have passed on, Hulk Hogan was exposed for his racist comments, and this past Friday, Rowdy Roddy Piper died in his home in Hollywood, California due to cardiac arrest.

I guess this is one of those sad truths that we are getting older. People come, people go. Heroes rise, heroes fall.


“It is real! If we don’t do it correctly it will all fall apart. There’s some kind of reality there to it. I’m not talking about the activity in the ring. I’m taking about the whole construction of the entity of pro wrestling.”

The thing is, Piper himself would probably have refrained from calling himself a hero in the classical sense and probably looked at himself as someone who was “real” and took his craft inside the squared circle seriously in order to conduct the best piece of business possible.

That is the difference between contemporary wrestlers and those of the past.

Doing flashy moves, being slammed through the announcers table, or taking someone’s signature maneuver is just a hollow chain of events to get through a match. In the 70’s and 80’s, these spots were all part of a large and intricate design to draw as much money as possible. 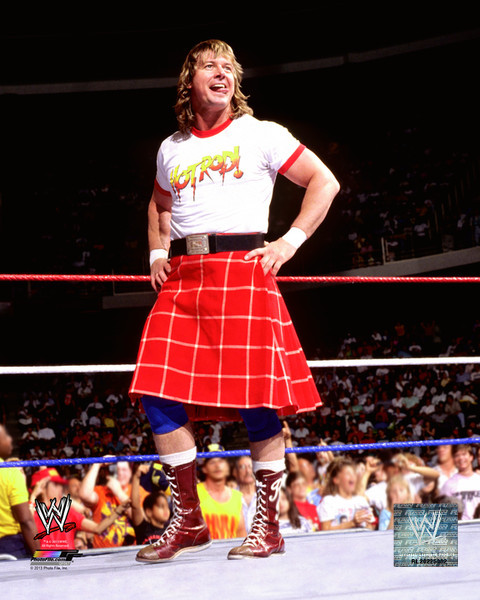 Piper understood that better than most, which is why he was so successful, especially when you consider the fact that his prime was during the era where the big body builder types were the desired stars of wrestling promoters, including Vince McMahon.

Canadian born Roderick Toombs was fully aware of his short comings as far as physical stature was concerned. He circumvented this by not letting himself be thrown around the ring by every jock with a decent bench press.

He rarely took bumps (when a wrestler gets knocked off his feet), which is common place in wrestling matches, and instead would dramatically twist in the wind and fall face first to the canvas, only when a titan like Andre the Giant or the Hulkster would hit him with a thunderous shot.

The psychology of the audience never seeing him tossed around like a rag doll, which was the lot in the life of smaller wrestlers, made us forget that he wasn’t the biggest or tallest tree in the woods. This made him unique and hated even more because fans wanted someone to beat him from pillar to post.

Piper was also savvy enough to know getting beat would make him just another loud mouthed bad guy on the roster. Telling a wrestling promoter that you’re not going to lose is a sure why to find yourself in the unemployment line.

However, Piper was such a big draw that it allowed him to use his backstage clout to make and receive such a demand.

His gift of gab behind the microphone was uncanny to a degree that can never be taught. The quickest of wits and razor sharp tongue made him either a heat magnet or the most popular guy in town. Also, to be honest, you have to be a little bit crazy to be a wrestler. Instead of running from it, Piper embraced it which augmented his character. 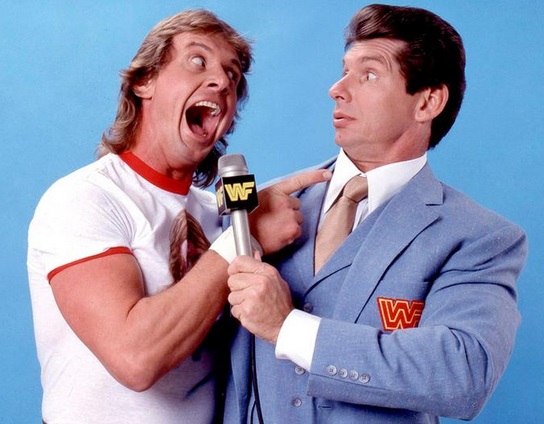 This lead to the birth of the highly popular Piper’s Pit, a weekly interview segment where all of the big angles in the WWF would go down. Wrestlers and personalities over the years have been given their own interview segments, but they’ve all paled in comparison to the Pit.

Of course, the coup de grace of Piper’s character presentation would be his signature kilt that he wore night after night as he made his bag pipe filled entrance to the ring. Most people called it a skirt, and Piper wore it proudly. It was a subliminal message to the audience from this skinny and arrogant punk saying I’m man enough to wear something that resembles a dress, and what are you going to do about it?

Even though Piper is loved the world over, he is most known for being wrestling’s greatest villain and his legendary feud with Hulk Hogan during the “Rock N Wrestling Connection” of the mid 80’s. Piper smashing a gold record over Captain Lou Albano’s head and kicking Cyndi Lauper was chaotic poetry that put the whole thing into overdrive.

This lead to Mr. T, who was extremely popular due to his role in the hit television series The A-Team, getting involved. This all lead to the main event of the very first WrestleMania where Hulk Hogan teamed with Mr. T to battle Rowdy Roddy Piper and Mr. Wonderful Paul Orndorff.

However, turmoil behind the scenes didn’t make it easy as Piper and Mr. T didn’t get along. Mr. T had an ego, and was worried about his tough guy persona being exposed and in the process showed very little respect for the wrestling business. This really irked Piper to the bone and thoughts of not selling (pretending to be hurt or in pain) for Mr. T and using his legitimate Judo black belt skills to hurt T had crossed his mind.

After cooler heads prevailed, Piper decided to conduct business in order to turn this into a huge money making ordeal. T getting choked out or beaten up wouldn’t have been good business for anyone. 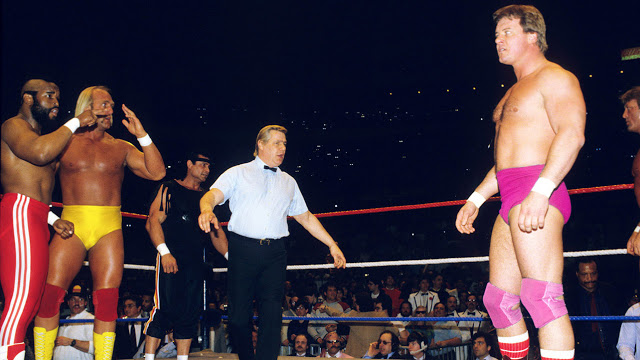 Piper doesn’t nearly get the credit he deserves for the first WrestleMania being the success that it was. However, just like Batman needs the Joker, Hulk Hogan needed Roddy Piper because in wrestling, a babyface is nothing without an arch nemesis that fans want to see get beat up, and Piper played that role better than anyone.

In fact, he played it so well that fans slowly began to cheer for him. There was something about “Hot Rod” that fans couldn’t help but admire despite his dastardly actions. The decision was made to turn him babyface in 1987 and he remained a good guy for the rest of his career.

One of the other major talking points of Piper’s career is the fact that he was never the WWF champion. It sounds weird when you think about. While there are rumors that Hogan refused to drop the title to Piper, it turned out that Piper being too good at his job cost him a run with the belt.

The idea of putting the belt on a wrestler is to make them more popular than they were before.

Piper was already the second biggest star in the company, so the consensus was that Piper didn’t need it. In 1992, Piper would hold the WWF’s secondary title, the Intercontinental Championship.

Piper would drop the belt to Bret Hart, who was a rising star at the time, at WrestleMania 8. Not only was it a shock that Piper lost, but he lost clean and in the middle of the ring, something he never did. 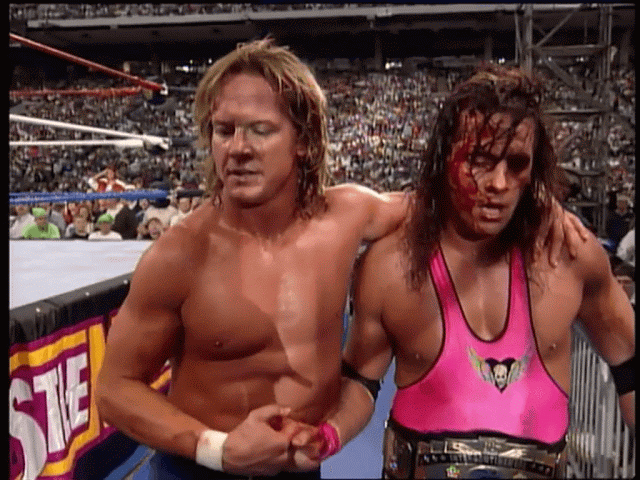 This gave Hart much needed credibility to become the superstar he came to be.

This was a special match for Piper not only because he finally got a run with a title, but was able to help make someone into a bigger name while proving that he can actually wrestle, something he got slack for since his matches weren’t of the technical persuasion.

In 1996, the tide was changing in professional wrestling where all of the major stars left WWF and signed with rival promotion WCW (World Championship Wrestling). The company with the financial backing of American media mogul Ted Turner paid wrestlers twice as much as Vince McMahon could afford to pay his stable.

Piper eventually made the jump and immediately entered into a feud with Hulk Hogan.

However, the dynamic was different this time. Hogan was the big bad of the industry and leader of the villainous faction called the NWO (New World Order). As a sign of changing times, the NWO was cheered more than the good guys of WCW, no matter how much destruction they caused.

However, Piper had a certain pop culture cache that no one else possessed and for a while, the only time fans booed the NWO was when they were in a confrontation with the Rowdy one.

It’s hard to mention Piper without touching on his Hollywood career and his role in the hit John Carpenter film, They Live. 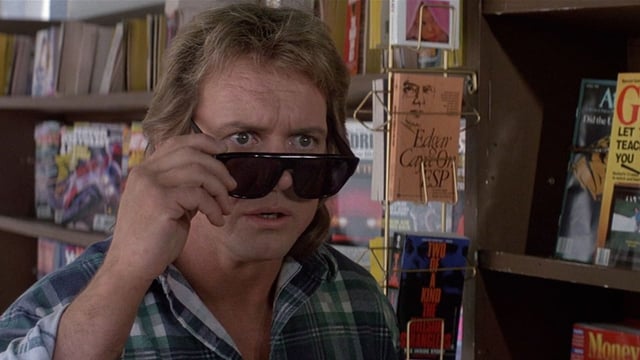 Piper’s presence in the alien sci-fi saga made you forget there was a wrestler on the screen and people took to the movie and his performance. Carpenter has often praised Piper for his work on the movie and had called him a very underrated actor.

If I had to sum up Rowdy Roddy Piper in one word, it would be storyteller.

He is a true icon of wrestling and a legend in every sense of the word. His bombastic personality made an indelible impression that will never be erased or duplicated. His actions, whether they were in spite of, or in spirit, incited emotion better than anyone because he made us believe. 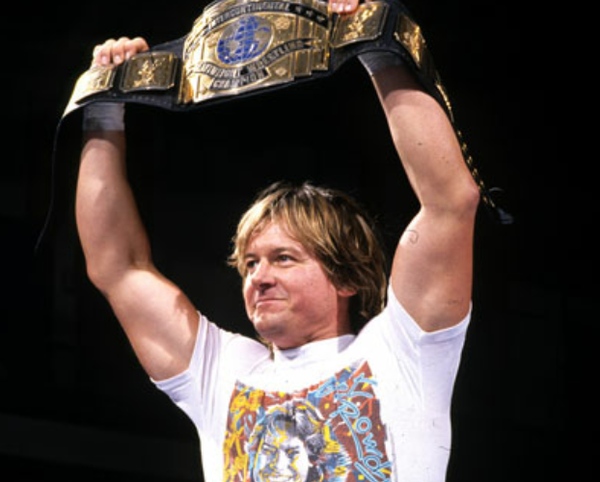 “Just when they think they have the answers, I change the questions.”