It all began when Erik Didriksen stumbled upon a Shakespearian sonnet based on Macklemore’s hit song “Thrift Shop.” He was struck by the cleverness of the idea and went searching for more examples but found none. That’s when Didriksen began writing his own, brilliant pop sonnets and posting them online. His popular Tumblr launched in April 2014 and quickly went viral, gaining thousands of followers overnight; the page has nearly 30,000 followers, and Didriksen’s sonnets have been recognized by outlets like the A.V. Club, BuzzFeed, Vanity Fair, and the Paris Review, which called it “charming and razor sharp in its appropriation of Elizabethan tropes and terminology.”

Now, the blog that Tumblr named one of the 25 most viral blogs of 2014 has inspired a hilarious book! Pop Sonnets: Shakespearean Spins on Your Favorite Songs (which arrives on October 6th from Quirk Books) turns 100 iconic songs you know and love into Elizabethan sonnets. It is the intersection of the Backstreet Boys and the Bard of Avon, of Shakespeare and Springsteen.

More than half of the poems are previously unpublished—and all are in florid iambic pentameter.


Within the book you’ll find:

Pop Sonnets is a dream come true for fans of Shakespeare, pop culture, and comical mash-ups. If hilarity be the food of joy, then check out our exclusive excerpt of Queen’s “Bohemian Rhaphsody” after the jump. 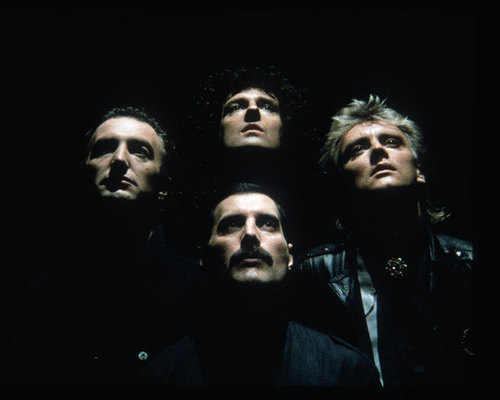 Is this the waking world, or do I sleep?
I find I can’t be rous’d, to my dismay;
but you should not for this delinquent weep
for I’m a brute whose soul’s been toss’d away.
O Mother sweet, I bring thee news of dread–
my life’s at end, for I’ve another slain.
I press’d my crossbow up against his head
and loosed its bolt away into his brain.
— but hark! I see a dark and ghostly form
amidst the lightning launch’d by Jove on high!
The cries for mercy, silenced by the storm,
are futile; I’ll not be released, but die.
— My fate now seal’d, ’tis plain for all to see:
the wind’s direction matters not to me.