It’s a new season in the GCPD. All our favorite characters are back from the inaugural season minus Fish Mooney.

So yeah, ALL our favorite characters are back.

Gotham was beginning to find its way in the latter half of season one and by the start of season two, the show has definitely round its rhythm. We are now getting more intricate storylines that feel more like a serialized comic book than a one-and-done procedural Law & Order knockoff with nods to the Batman mythos.

This season kicked off with our heroes down and out, Gordon demoted to traffic cop duty while Bullock bartends, having quit the force. But a deal with the Penguin and the murder of their commissioner is all is takes to get the partners back on track.

Fish Mooney is gone and she will not be missed. I have to admit, despite the fact that she got somewhat more interesting over the course of season one, I am confident that the show will improve without her.

Theo Galavan is the new villain on the block and seems to have taken Fish’s place as the go-to cutaway baddie that not only has his heights set on taking over Gotham but manages to get under Penguin’s skin while doing so. 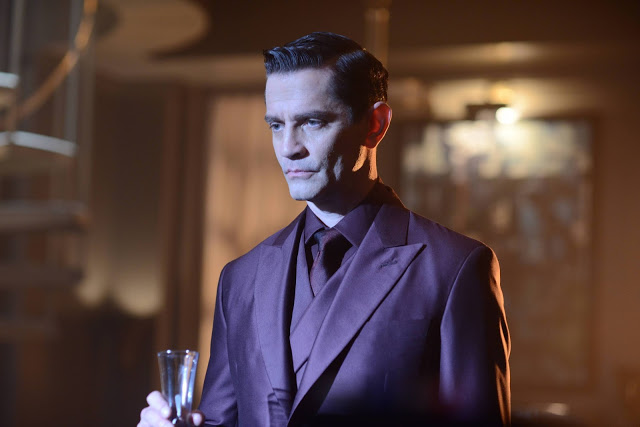 Like Fish, he has proven to be ruthless and willing to make sacrifices in order to achieve his goals, but unlike her, he arrives as a wolf in sheep’s clothing, manipulating his way into the hearts of Gotham’s citizens and catapulting that goodwill into a run at the mayor’s office.

It’s a bit cliché at this point (Penguin himself ran for mayor in both the Batman ’66 series as well as Batman Returns), but sure, why not? At the very least, Theo is keeping it interesting and shaking things up a bit.

To my surprise, Bruce is not annoying me nearly as much as he was last season. Perhaps that has come with age as he is noticeably older this season and has more to do than have food fights with Selina. 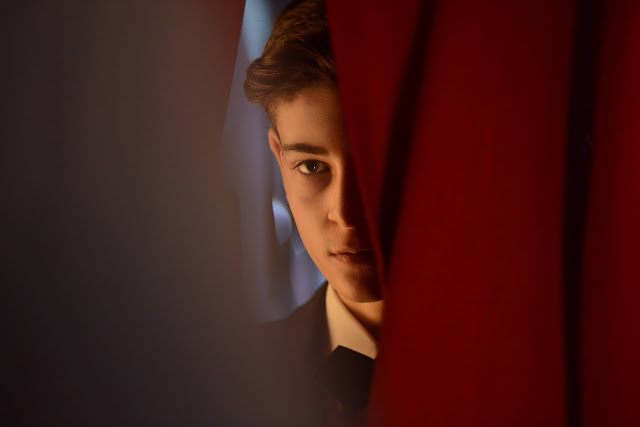 Another addition this season is they’ve also introduced a new captain to the GCPD in the form of Michael Chiklis, no stranger to this type of role so I’m sure he’ll fit right in. Hopefully this will be the thing that wipes our memory of his last comic book inspired role.

I’m not digging this duality gimmick they’re using for the Riddler. At all. This is Harvey Dent’s area and they’ve already cast him on the series. I don’t mind the show taking some creative liberties and putting a new spin on a classic character (Penguin being a prime example) but when you mess with a character to the point where he’s unrecognizable, then I feel like you have not just bent the character, but broken him. 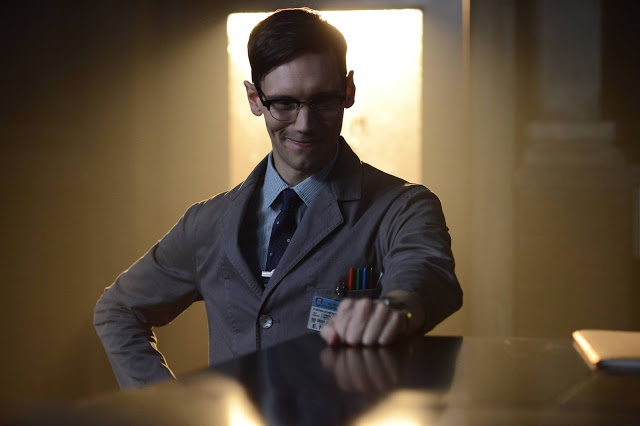 Stop breaking the toys you’ve been lent writing staff. Or you’re not allowed to play anymore.

That leads me to my next gripe—it’s partly my fault for reading casting news about the show, which are never just reports but always include some fan speculation from the journalists. This season is being marketed as the “rise of the villains.” There have already been some new villains announced for this season that we know are coming, but we continue to get these fan theories about whether or not characters are going to turn into familiar villains.

Will Barbara become Harley Quinn? Will Jerome become The Joker? Is Theo going to be revealed as Ra’s Al Ghul? Is his sister going to transform into Catwoman (um, isn’t Selina already in the show)?

The worst one I’ve heard by far is the theory that Penguin is going to turn into the Joker. 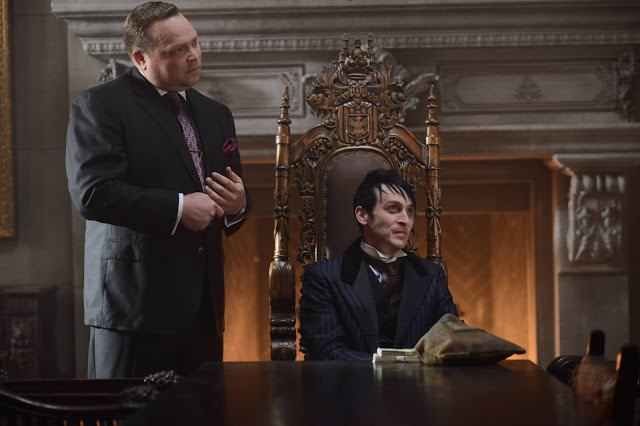 These theories are dumb. At best, they’re fuel to get other fans like myself annoyed enough to want to argue why that’s stupid. At worst, the writing staff are paying attention and you’re giving them ideas.

I mean really, does anyone actually want to see Penguin turn into Joker? For once they’ve finally made him an interesting character. Don’t ruin it!

And Barbara as Harley? Why? Just because she’s a blonde who went bad? There’s nothing remotely Harley about her other than, what, she’s the right gender? Are we really that hard up for villains?

Speaking of Barbara, she’s been worse than ever this season. 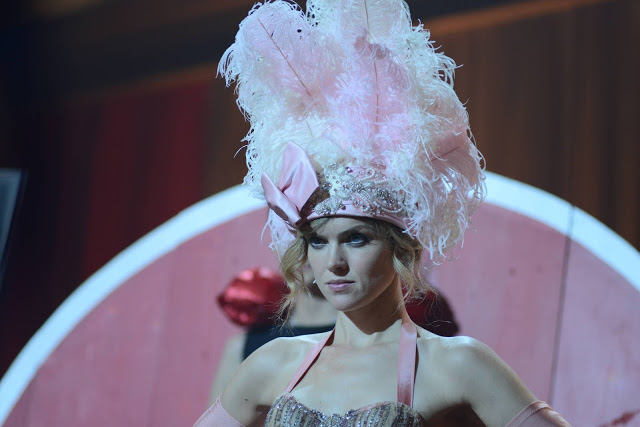 I had hoped that when they locked her up in Arkham that that would be the last we’d see of her, but for whatever reason, she’s become a regular antagonist this season and she’s pretty one note. She went from being a one-dimensional love interest to a one-dimensional villainess and neither role suits her.

So despite the fact that by now I’ve come off like a hardcore fanboy who wants it “just like the comics,” I’m actually note married to continuity and welcome a new spin on these characters.

Over and over again I would hear fans shoot down the idea that you can’t introduce Joker before you introduce Batman, because it’s Batman’s existence that brings out the crazies and births some of Gotham’s most infamous rogues.

Clearly Jerome is not the next coming of the Joker, but that doesn’t mean that they can’t still explore that character’s origins here. 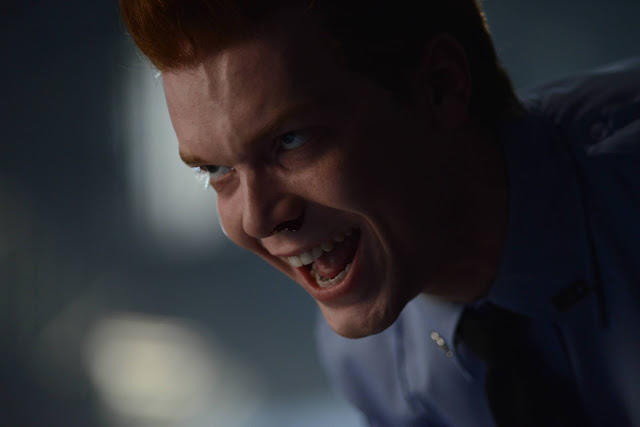 Perhaps it’s the rise of the villains that in turn gives Bruce the motivation he needs to become Batman. I’m all for that scenario as well.

We’re already starting to see shades of this progression as Bruce has uncovered the hidden cave that contained his father’s secrets and Lucius Fox has now been officially brought into the fold to guide him on his path.

Another addition to the cast this season is the introduction of Silver St. Cloud, the most comic booky named love interest in all of comic bookdom. I’m not sure why, but I guess they have to give Bruce someone else to obsess over other than Selina, who has been very underused so far this season. 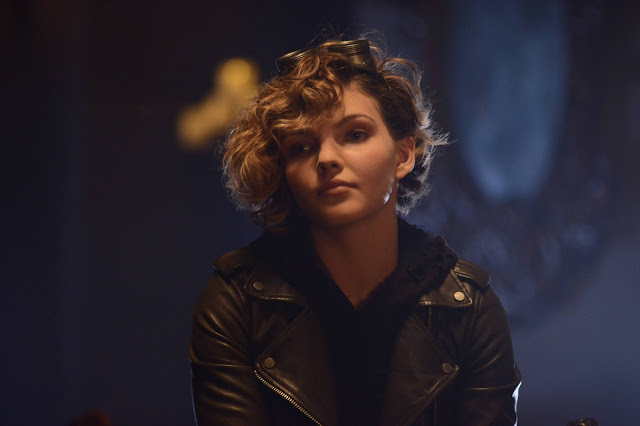 Four episodes in, it looks like this show will not be suffering from the sophomore slump since it already got its awkward phase out of the way last season. 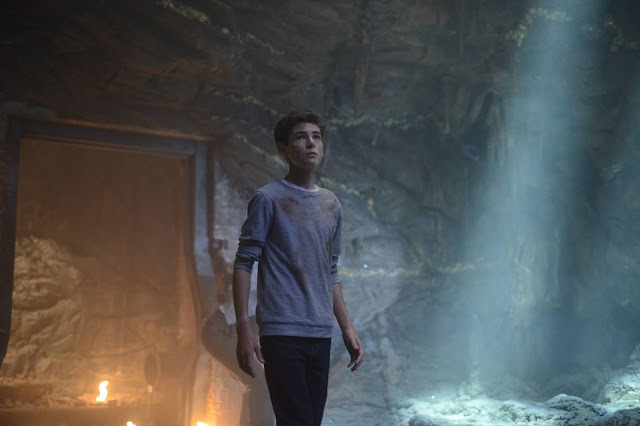 I’ve never been this show’s biggest advocate, but I’ll stick with it for as long as I can in hopes that I continue to catch glimpses of what my ideal version of a show set in Gotham looks like.