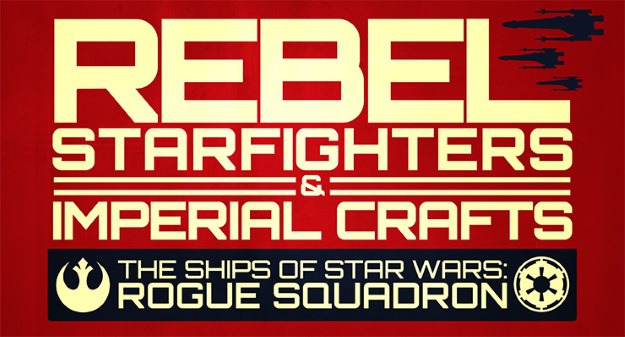 When Disney acquired Lucasfilm, and in effect, the entirety of the Star Wars universe, it quickly went about consolidating the enormous number of canon and non-canon stories. What was known as the Extended Universe (EU), featuring books, comics, and other media based on the Star Wars universe, was re-categorized as “Legends.” The official Star Wars canon was narrowed down to the six official films, the Clone Wars and Rebels cartoons, and some new illustrated and written media. Of all the EU media delegated to Legends status, none was more loved and admired by the fandom than the stories surrounding the famous starfighter squadron led by Luke Skywalker and Wedge Antilles.

Labeled the Rogue Squadron, these elite Rebel Alliance pilots went on to take part in numerous heroic missions across comic books, novels, and video games. The most well-known of these Rogue Squadron stories is the trilogy of games released for the Nintendo 64 and GameCube consoles. Finally, entire games were devoted to this rag-tag group of Empire crushing pilots. With state-of-the-art graphics (for the time), full 360 degree flight, and numerous Alliance and Empire crafts to control, the Rogue Squadron series was an instant best-seller.

2016 will see the release of Star Wars Anthology: Rogue One, a story set before Star Wars: Episode IV: A New Hope. It will tell the story of the pilots that stole the plans to the first Death Star. The Force Awakens has already introduced the brash and headstrong character of Poe Dameron in the first teaser trailer, who is seen whooping and hollering as his X-wing flies low over the water of a planet’s surface. Beyond the films, the latest Star Wars themed video game, entitled Star Wars Battlefront, will allow players to battle against their friends in the skies and on the ground in familiar locations such as Hoth, Tatooine, and Endor. With Rebel pilots and Rogue leaders such an important part of the Star Wars experience going forward, check out this brief history of one of their finest gaming moments. Take flight with us as we careen through the history of Rogue Squadron and the various ground and space crafts that are playable across the series.

Check out the infographic after the jump.