Growing up in the 1980s my three favorite movies were:

It’s pretty clear why the first two rated so high for me: Rancor, Ewoks, chilled monkey brains, and a beating heart being pulled out of a man’s chest.

I’m pretty sure that I’m not alone on 1 and 2, and for those reasons. George Lucas knew exactly what little kids wanted to see in movies. But with Back to the Future it’s a lot less clear what was so appealing about the film.

I watched Back to the Future so many times on VHS that to this day I can still recite the movie line-by-line, but it wasn’t until I was a teenager that most of the jokes made sense.

For example, the six-year-old me didn’t know who Huey Lewis was, and thus, couldn’t appreciate his cameo panning his own song. I didn’t know that a DeLorean was actually a real car (because as far as I knew, cars didn’t have gull-wing doors and a stainless steal body). I was vaguely aware that Ronald Reagan had been president but I had no idea that he had been an actor (who was Jerry Lewis and Jane Wyman?). I had no clue who Chuck Berry was and that the joke was that Marty was the inspiration for rock-and-roll.

I’m not ashamed to admit that just about all of the sexual innuendo went right over my head (I didn’t truly comprehend what was going on with Biff in Lorraine in the car — I just knew it was something bad).

And heck, I didn’t even understand what a “blind spot” was — I thought it was some kind of defect with the car. For several years Biff’s complaint about George’s car just made no sense.

Even the film’s premise escaped me: hanging out with the teenage version of your parents and learning that everything you thought you knew about them was wrong.

To me, Back to the Future was about time travel and a truck of manure being dumped on Biff — both aspects that occupy very little screen time. 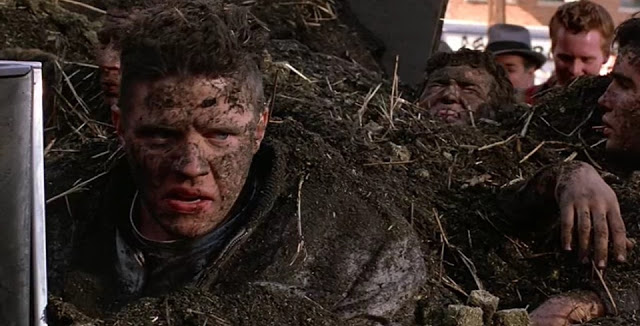 But what kept me watching over and over was the movie’s emotional core, even though I didn’t consciously realize it: Doc and Marty’s relationship.

Doc Brown has to be one of film’s greatest avuncular figures. He’s eccentric, brilliant, and cool. Who wouldn’t want to be his assistant? And just like your favorite uncle he doesn’t worry if Marty’s old enough to go along with him on his adventures. It might be a bit reckless, but he treats Marty like an adult.

But Marty isn’t just an assistant — he’s Doc’s partner in crime. They are equals. Their friendship transcends their age difference.

And that’s what Back to the Future is about: this great, if not a bit idealized friendship (I would say it has just the right of sentimentality without ever becoming sappy). 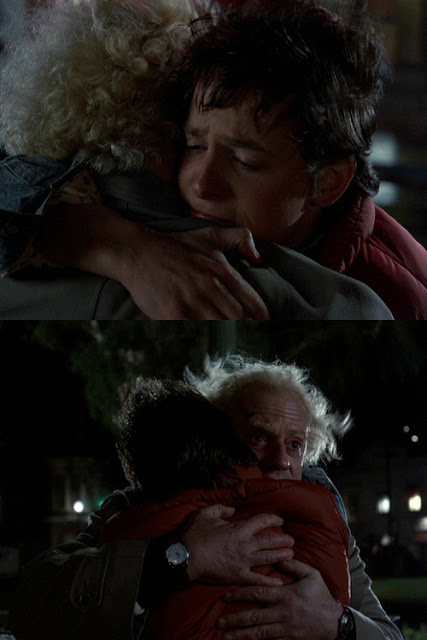 While I obviously didn’t realize this when I was six, the film’s understanding of friendship is so primordial that it unconsciously had an impact on me.

Who doesn’t want to be Marty — as cool as him with a Doc Brown figure in their life?

Thirty years later when a lot of the jokes do feel like relics of the 1980s, it still doesn’t matter.

I continue to get a bit teary at the end when Doc survives being shot. 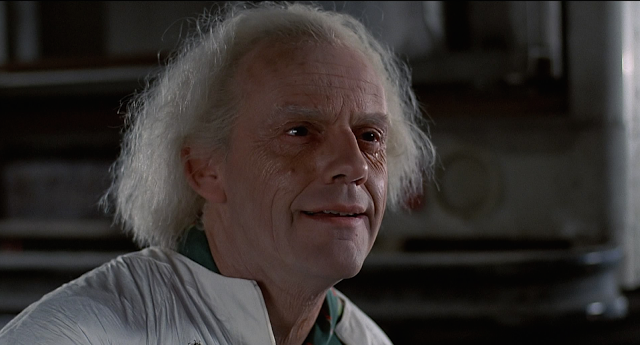