A Very Murray Christmas is just a small reminder that none of us deserve the majesty that is Bill Murray.

The first official trailer features a slew of familiar faces and friends all willing to give our buddy Bill a helping hand with his Christmas special. Miley Cyrus! George Clooney! Amy Poehler! Jason Schwartzman? Booze!

Much of the cast have either worked with Bill, Sofia or Wes Anderson, or owe them a favor (I’m looking at you, Jason).

It’s everything you want and more out of a holiday special as A-listers get drunk in a over-the-top apartment and sing songs while complaining about the weather.

It also proves that Bill Murray no longer needs to act to make a living. He just needs to exist. Like Jesus. 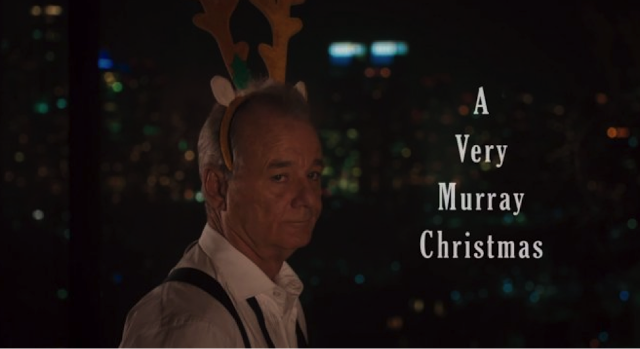 A Very Murray Christmas will be unleashed upon the Earth on December 4th. Take cover.