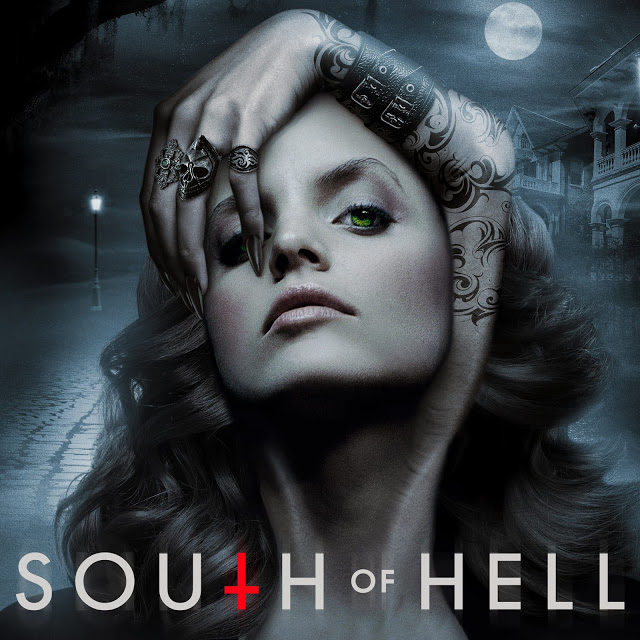 Charleston, South Carolina, an elusive city with many faces, is the perfect home for Maria Abascal (Mena Suvari), a stunning, 30-year-old demon-hunter-for-hire. Alongside her brother, David (Zachary Booth), she is skilled and fearless in her pursuit of the demons that live in others. Like those that she hunts, Maria is divided within herself, struggling with her own demon, Abigail, who resides inside of her, feeding on the evil Maria exorcises from others. Maria and Abigail share a soul and a destiny, but as Maria desperately tries to overtake Abigail, she will discover how far Abigail will go to remain a part of her.

Most people know actress Mena Suvari best from her work in American Beauty or in the American Pie films or her television appearances on  Six Feet Under and Chicago Fire.

But, on Friday, November 27 on WE tv, viewers will get to see a completely different side of the actress in her latest project, the supernatural thriller, SOUTH OF HELL.

Beginning at 6 pm ET/PT, all seven episodes of SOUTH OF HELL will air in a Black Friday Binge.  Immediately after, the entire series will be available on VOD, download to own and TVE platforms.  The season pass purchase (pre-orders go on sale, tomorrow November 14th on iTunes)  contains an exclusive bonus 8th full-length episode (not seen on WE tv).

After the jump, Mena Suvari explains her love of the Horror genre, and how SOUTH OF HELL is a dream come true role for her.

In addition to Roth, an array of respected directors shepherded individual episodes of “South of Hell,” including Ti West (“House of the Devil,” “The Sacrament”), Rachel Talalay (“Doctor Who,” “Tank Girl”), Jennifer Lynch (“The Walking Dead,” “Teen Wolf”) and Jeremiah Chechik (“Helix,” “Reign”).