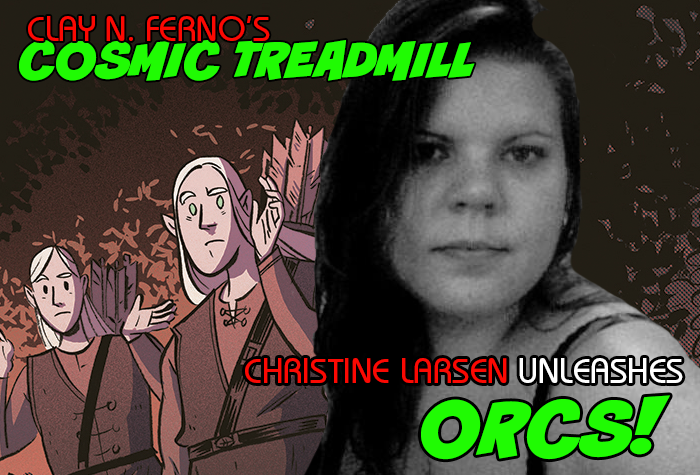 Christine Larsen has worked on some of your favorite properties over at DC, Boom!, IDW and more. Alongside that, she is a new mom and college professor. Christine is here to join us today on the Cosmic Treadmill to tell us about her self published comic, Orcs! #1, that grew out of an obsession with the monstrous creatures and demanded their story be told.

FOG!: Thanks for joining us to talk about Orcs! #1. How long have you been obsessed with orcs?

Christine Larsen: I’m not sure I would say obsessed… Well, okay, maybe obsessed is fair.

Since I read The Hobbit as a kid, and subsequently The Lord of the Rings. My notion of orcs in terms of temperament and character fall most in line with Tolkien orcs, so I guess they are equal parts goblin in their design and characterization. They are my favorite kind of monster, because they have strong roots in folklore, but also have a strong showing in contemporary fantasy.

We have seen some of your work elsewhere — can you tell us what are the challenges of putting this book out yourself?

Do you mean instead of bringing it to a publisher I’ve worked with? I actually feel like there are more bonuses. Yes, I have to deal with finding a printer and shipping and press packages and submitting to Comixology for the digital version… but I also can set my own schedule and write whatever I want for it, so it’s really very freeing.

Are issues of Orcs! on a limited print run?

No. I found a very reliable small run printer, so when this issue runs out, I’ll probably order up more. But not right away. I’ll probably wait until the next book is out, since there will be a digital copy on Comixology.

Is there a main Orc or leader of the team?

Uhm… in a way. King Hrogragha is “leader” of the tribe, but Bog is the leader of the smaller group we follow. But orcish leadership is a dubious position. A lot of turnover there.

Drod One-Eye’s story takes us to a familiar island of adventure. How is she able to survive?

Drod’s stories are meant to be a little over-the-top, because they are legends. So, she is a Herculean type figure in terms of strength and ability, but even Hercules came across challenges that were beyond him. Drod is brave and strong and loves adventure, and that sees her through most obstacles, but sometimes, you need a little guile too. 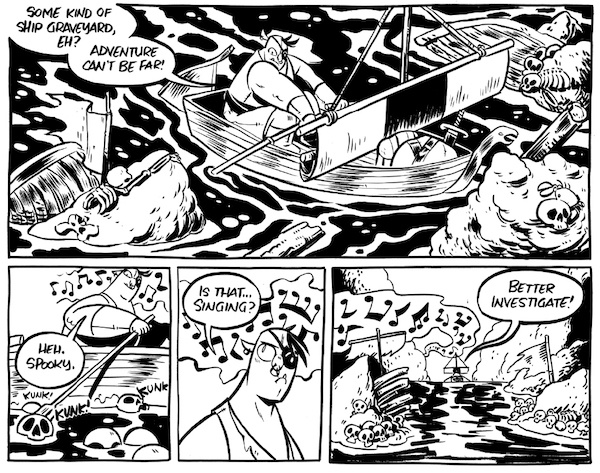 Is it difficult to create original stories on top of your other comic work and teaching schedule?

LOL. And the new baby…

Sometimes I am so tired and all I want to do is sleep, but more often than not, I keep myself awake thinking up stories, and I need to see them manifest in some form.

Orcs! has been rattling around in my brain for a long while now. I really wanted it to become something tangible.

How many issues of Orcs! can fans expect?

Currently, I have an additional four written, but I have an outline for a larger arc if I find I feel up to it and it looks like the readership is there.

The current sets of stories are episodic, so anyone can pick them up at any point and read them. I’m saving the bigger arc for if I feel daring, but I also may want to move on to new worlds by then.

That’s the nice thing about self publishing, I can keep the future loose and see how the project is received.

Is Zine culture still a thing? I’m once again dating myself, but Zine culture used to be a thing. Do your students make Zines?

They do! And I love them. I think you see more zines among self publishers and at cons where self publishing is the main focus (MOCCA, SPX, etc.). Is zine culture what it was in the 90s? No, not really. I remember when you could get a zine on any subject you could think of, but I think most of that has moved online and into personal blogs. I miss zines, though. There is an anarchist book shop in Philly that still sells a nice collection of zines, but they are mostly comic and art zines.

Man, do I miss fanzines. Those were amazing little cult things.

Where can we find more about Orcs! and your other comics work online? 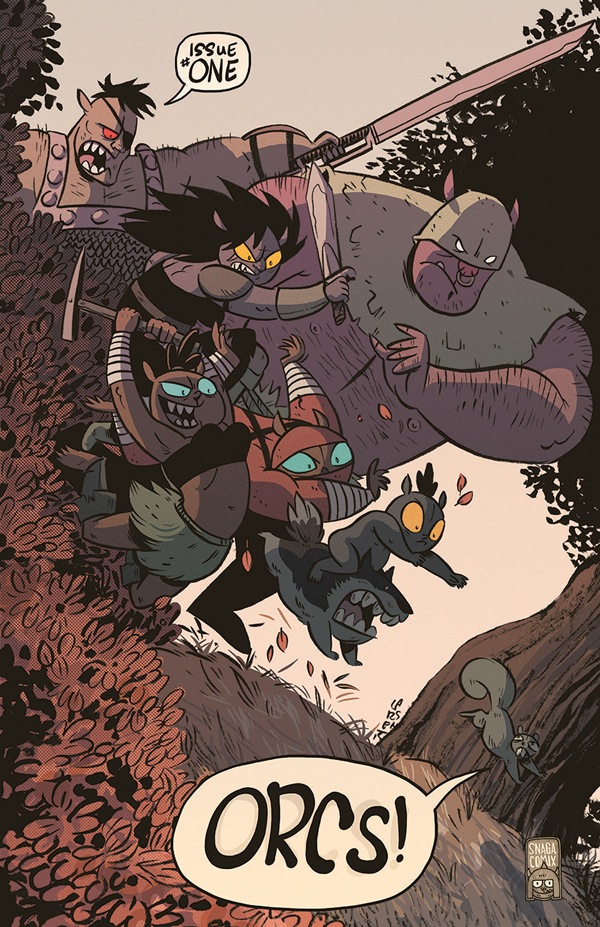