This November, civilization as we know it will cross yet another great pop culture milestone.

Well, great is perhaps an overstatement. How about fantastically odd and bizarre?

Not as impactful at Back to the Future Day, or as Facebook driven as every May The Fourth, but this November, the movie Space Jam will hit 20 years ago.

And more importantly, so will the Web site.

Starring Michael Jordan, Bugs Bunny, Daffy Duck, Bill Murray and Newman, Space Jam isn’t really as enduring as many of movies the Internet tends to rally behind. Gen X-ers and in-the-know Millennials don’t share fond memories of family outings and “Where We They” stories about when they saw Space Jam in theaters. There aren’t massive fan groups and message boards with thousands of fans worldwide (Reddit doesn’t count). No one collects thousands of the action figures, and thousands of action figures were never made. 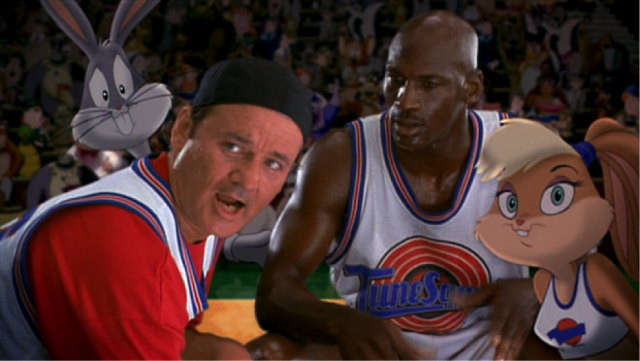 However, just because it doesn’t have pop culture pull of Star Wars and Indiana Jones, that doesn’t mean that it isn’t appealing.

And since anything and everything about ‘90s culture is huge right now, Space Jam has returned to the ranks of the cool and will no doubt be celebrated when the time comes.

Anticipation for the Space Jam Day is already beginning to build, as Nike announces the re-release of Hare Jordan sneakers and original merchandise begins to pull in three-figure sums on eBay.

But what really needs a celebration is the movie site, which Warner Bros. has kept alive and well for all these years.

For those of you who haven’t had the same bookmarks since 1996, the Space Jam Website features the very best the Internet has to offer, back when all movie sites were made by a small handful of dudes in a satellite office located in Century City.

Featuring tiled images for backgrounds, visible tables galore, Quicktime movie clips, hundreds of image thumbnails, and images of the movie that are only 380 pixels for loading ease for poor dial-up modems, the Space Jam site is a monument to a bygone era.

The site harkens back to the day when Angelfire and Geocities beckoned thousands to build their own sites using easy-to-insert tables and thousands of clip art options that rival today’s emoji library.

It was an innocent time, back when sites didn’t have to be clever or offer a lot of fancy options, like ticket buy capabilities or social sharing. In fact, the only way to share the site is to grab the URL, plop it in an email and sent to friends.

(Note: This actually explains why elderly members of your family still do this. So, next time you get frustrated at your mom for forwarding you her Gap spam in an effort to get a free gift certificate, just remember this site. Also, you probably need to spend more time with your mom. Just saying.)

The Space Jam site is the ‘90s. It is important to understand that at that time, most people didn’t really see the Interwebs as a marketing tool. It was an afterthought. A little extra icing on a cake that was dependent on posters, commercials and magazine ads.

Let’s take a look at McDonald’s site in 1996 for comparison: 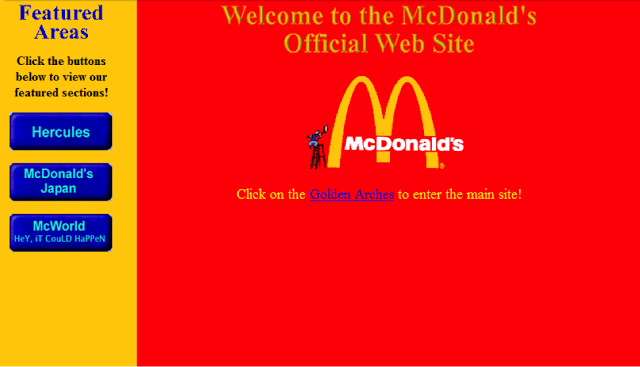 It looks like I made this in Photoshop about five minutes ago, but alas, this is was a multi-billion dollar corporate site looked like in the ‘90s.

That said, the Space Jam site is marvel of the modern age. Like a light bulb that has lasted a century without being changed or an ‘80s television that is still in use.

In 2010, the mass discover of the site’s existence made the Web page Internet famous yet again. But it wasn’t only because of the look of the site. The tone of the page was clearly written by people who hated what they were doing for a living. People who had the skills to create sites, but spent the better part of their existence being disregarded by the company that paid them.

Which is EXACTLY how it felt to work for an online company in the ‘90s.

So, thank you Warner Bros. Online for creating the ever-enduring piece of Internet history. The Space Jam Website has outshone the feature film it was meant to promote by the sheer fact that it was able to capture what the film could not: charm.