This week I am going to focus on the odds and ends I have been reading, some new, one old. 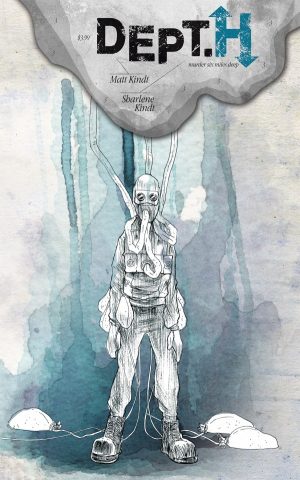 Kindt is an artist who I quite admire. He has his own style, it’s great, and he has passion. His writing is pretty super too. So far Dept. H has been a thrill ride, and I have been enjoying every second of it. Pick this one up. Nobody does it like Kindt.

I’m glad there is a book by him every month. This is a murder mystery that takes place underwater each month. It’s got characters like you wouldn’t believe and they are so engaging. I love how Kindt keeps the mystery alive and crackling on each page. He is a fantastic storyteller. It’s a pretty cool comic.

I do miss getting graphic novels from Kindt. They used to be special. It’s a small complaint, but I kinda wish I can read this all at once. That being said, one day it’ll be collected and I can do just that. I just won’t be able to wait between issues. I need to know what is going to happen NOW. 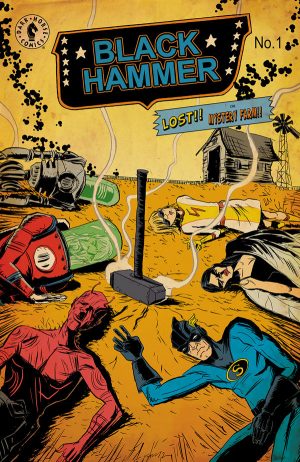 Jeff Lemire is a damn fine writer and an illustrator as well. This comic is one he happened to just write. And it’s decent. The problem is Lemire is writing so many titles these days, it’s become a bit…less special. However it’s still an enjoyable ride.

Black Hammer focuses on the heroes of Spiral City who survive a multi universe crises. They now live simple lives in a farming town. But trouble finds them into this town. Lemire writes an intriguing tale which is clear, smart, funny, and full of joy.

Ormston really is great on the art too. Here is an artist I feel we neglect. He’s a heck of a craftsman and I love his work. Bravo.

The only thing that this book suffers from is Lemire fatigue for me.

I feel like it is almost a Frankenstein of some of his previous works. That’s okay though. It’s a fairly strong book and manages to stand out in the marketplace. Pick it up. 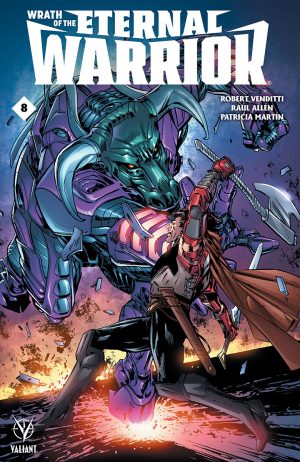 Wrath of the Eternal Warrior # 8

Written by Robert Venditti and Illustrated by Raul Allen
Published by Valiant Comics.

I love Valiant Comics. I love to read them. Even their lesser books are kind of fun. This is kind of a lesser book. Still fun. Just not as good as the others.

Venditti is a pretty decent writer,. He is like Valiant’s answer to the legendary Chuck Dixon. a man who writes many comics, all of them solid, none of them too memorable. And that’s fine.

Venditti did do the Book Of Death and that was spectacular. I wish he would rise to that level again. And Allen is a good artist.

The story does the trick.

The Eternal Warrior has an adventure. And that’s all there is. 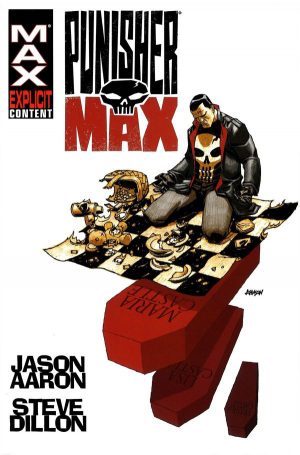 I read this in segments and then decided to pick up the hardcover collected all of these book from Punisher #1-22, Aaron and Dillon’s complete run. Holy god. It’s fantastic.

Aaron writes a Punisher in his twilight years and the results are stunning. He also puts him in the real world. Same with the Kingpin, Bullseye and Elektra…and pretty much everything in the book is based in reality.

I never realized how much so when I first read it.

I liked it the first time. In one read? It’s awesome.

The hardcover is expensive but I recommended it. Aaron’s writing is so sharp and Dillon’s art is so spectacular, it’s worth the price of admission.

I liked this better than the Ennis/Dillon run and that’s saying something.

Pick this one up. It’s damn good.