Hello! This week on Graphic Breakdown we review a few more DC Comics titles on their Rebirth campaign.

The books are better this week…thank god. Here goes! 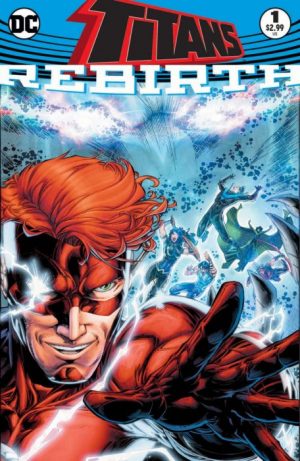 In the 80’s and 90’s one of my favorite books was the New Teen Titans.

Marv Wolfman and George Perez killed on this book and I loved the characters like you wouldn’t believe.

The Titans have kinda sucked for years for me, but now they are back and it’s written by Dan Abnett, whose work I can’t stand (see my Wonder Woman: Rebirth review from last week).

Surprisingly, this issue is pretty good. I give props mostly to artist Brett Booth for that.

The issue follows up where we left off with the DC: Rebirth title. The story is the rest of the Titans try to remember Wally’s name. And, that is pretty much the first fifteen pages of the book. Yay, Abnett. He does get things rolling in the second half a bit, and this title is infinitely better than most things he’s written. It’s not bad. Booth’s art has a joy to it I love. He’s always worth picking a book up for. I’m glad he’s on it. It’s boosts the mediocre story up to readable status. and I will read the next issue thanks to it.

This book will never be the book it used to be. It has no aspirations to be that. But it is a decent enough book thanks to Booth. If Abnett can get to the point quicker and write with the bigger picture in mind, I’m in.

RATING: B-/C+ Depending on my mood 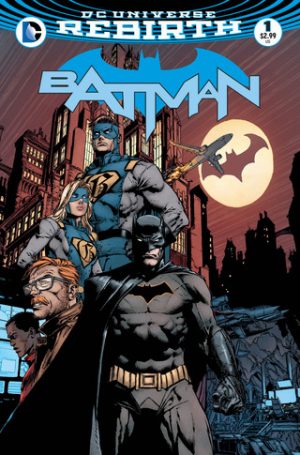 I don’t know. I wanted to like this more than I did. Tom King has been making a name for himself these days and this is his first full Batman issue. I was excited. That excitement faded a little by the sixth page.

I don’t think this is a bad Batman book. I just don’t think it’s special. This arc is entitled “This Is Gotham.” King is a little wordy here and it doesn’t gel with the art as much as I had hoped. Finch is a good Batman artist. He works hard to tell a good story and I respect that. The end of the book with the two new characters, well, I kinda hated them. Let’s hope the next issue gets a bit better.

There have been classic takes on Batman. Sadly, this does not look to be one of them. It’s kind of a shame. Still, it’s solid enough so I give it a B-. I wanted it to be an A. 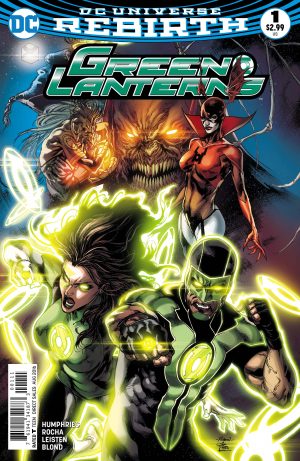 And now for the new Green Lantern book! Featuring a whole bunch of Green Lanterns I don’t recognize! The hell with it, let’s dive in. The book moved at a brisk pace. And was enjoyable enough. Oh? You want more? Ok then!

I’ll tell you, the art was pretty damn sharp on this. I had no idea Rocha even existed. My ignorance, as Rocha is really good. Again, I had no idea who most of the characters were but that’s okay…I hadn’t been following Green Lantern for a long time. Blackest Night kind of killed it for me as I got lost in a color pattern of nonsense.

This isn’t bad though. The story by Humphries is written with a nice enough flair. One thing I will say I found it very bloody and dark.

That’s okay, but they do push it.

Green Lanterns is a decent enough book…but again not special. I want special DC. Until I get that you aren’t getting a rating above the following. 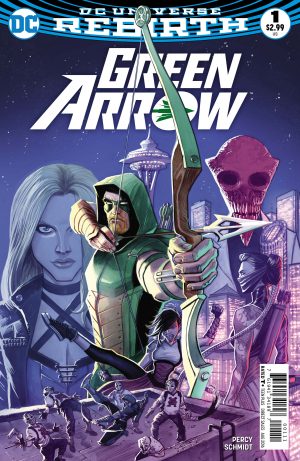 Written by Benjamin Percy and Illustrated by Otto Schmidt
Published by DC Comics.

Oliver Queen is back and just as we remember him. This feels like the Green Arrow we haven’t seen in a long time. I have never heard of Benjamin Percy nor Otto Schmidt so I went in not knowing if I would like this. How is it?

Well, it’s definitely one of the better titles of the Rebirth line. Percy has a good take on the character. he is a bit wordy. But he writes well enough to make it worthwhile. I love Oliver Queen. I love when he’s with Black Canary. We have that here and it is so great to see. Looks like Shado is coming back too. I’m good with that.

Schmidt does well on the art and colors. It’s decent. Still not as strong as it once was. But hey this is the DC: Rebirth. A watered down vision of what once was.

This one still gets a B-. It’s not bad. But again. Not much more than that. But it has a lot more promise than the other ones so far. 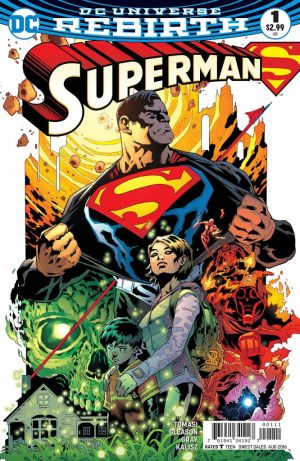 Oh, boy. The other titles thus far on this list are halfway decent. Then we get to this.

A book written by Tomasi, one of my least favorite writers. It’s just dull and uninteresting. Tomasi always make it hard to read a book and I slogged through this. He is the DC Comics version of Dan Slott to me.

So again, the story is boring. Gleason does what he can on the art and bolsters the rating on this book for me. But honestly, it was kind of a waste of time. It barely tells a story so it barely warrants a review.

This is a dull book. They always had a problem with what to do with Superman at DC. The new titles don’t break any new ground. Give it to me next time DC. At least I’ll give Clark a personality and not bore us to tears. 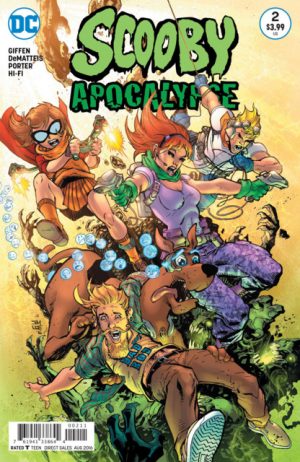 Written by Keith Giffen and J.M. DeMatteis and Illustrated by Howard Porter
Published by DC Comics

Well, DC made an improvement for books this week with me from bad to passable. And then this abomination appeared in front of my eyes. Stemming from an idea from Jim Lee, this title wastes everyone’s talent in one fell swoop. God, what a hunk of crap.

Giffen and DeMatteis are two of the best comic book writers of all time. This makes you wonder what the hell they are smoking. A deadly serious take on Scooby Doo. That’s great, Jim Lee. What’s next? The Jetsons as drug addicts? The Flintstones in a brothel?

About ten pages in, I didn’t just want to give up on the book…I wanted to give up on life. Who the hell told them this is a good idea?

Maybe they thought they would have an Afterlife with Archie-like hit. Well, that book has ideas. This just sucks.

I love the writers and their other books. I hate this. Howard Porter does some amazing work. AMAZING work. This comic book is an abortion though. This characters deserve better. And so do we.