This return of Triple Shot brings us a little known action hero from the UK getting his due with IDW’s Action Man #1, a teenage girl wolf’s out in She-Wolf #1 from Image and the Duke of Dapper James Bond starts in on a new adventure “Eidolon” written by Warren Ellis issue #007!.

Are you missing out on Supergirl lately? Don’t fret because Sterling Gates has been keeping Kara and the Danvers girls busy in our Digital Chaser for Adventures of Supergirl #11. 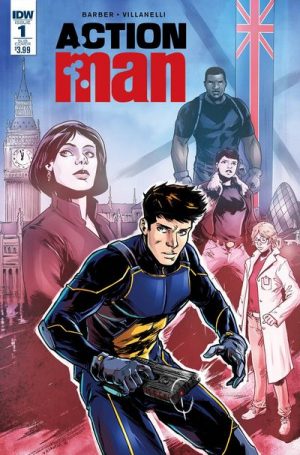 Don’t know who Action Man is? Picture G.I. Joe but for Anglophiles.

I’m not talking the little guys, we’re talking Original 1960’s Kung-Fu Grip that might ask for a spot of tea.

Paolo Villanelli (Snake Eyes) is on art and if you crave a modern G.I.Joe title (one that is noticeably missing from the current IDW line), Action Man might be what you are looking for!

Action Man is a highly trained soldier in martial arts, weapons and even the culinary arts according to this incarnation. He’s Duke, Snake-Eyes and Roadblock all rolled into one!

That is, of course until a Wrath of Khan moment changes the fate of Action Man!

This is a fun start to the series that I look forward to continuing, a mashup of James Bond, The Kingsmen: Secret Service, G.I. Joe and Torchwood, Action Man has what it takes to keep me interested!

And to be honest, the Train Fight certainly jumped my ratings from a low 4 to a high 5, targeting for my own locomotive combat preference. 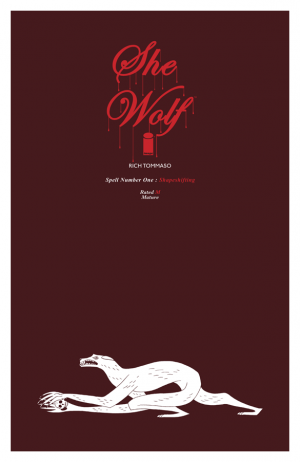 A bit of a departure from our usual capes and tights fare is She-Wolf, written and drawn by Rich Tommaso.

His independent work has been published by Fantagraphics and Top Shelf and here he brings a great indie style to his most recent Image Comic.

With cartooning sensibilities similar to Clowes, Allred and Dash Shaw, the sparsely colored book tells the tale of a young teenager convinced she has been bitten by a werewolf.

Is it an illusion? A spell? Her parents, principals, friends and clergy can’t quite figure it out.

While I see this book as a standout for Image, in that it doesn’t fit with their current line of books, it is appealing and fun to read. It is something I would expect from a Fantagraphics book, but that company rarely deals in floppy comics.

I hope some people check this book out for at least an issue if you want to try it out and expand your horizons and comfort levels, just don’t read it on a full moon! 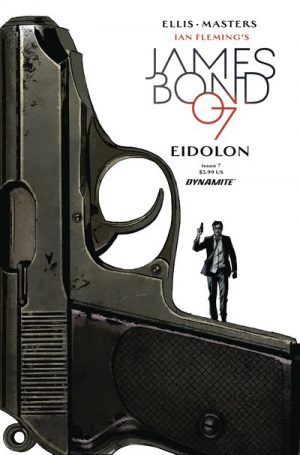 I have been praising this book since the beginning, and I’m not sure who might be reading it.

It has all the pieces to be really, really great.

Love Daniel Craig and the recent SPECTRE or hate the current incarnation of the franchise, this comic is telling some great Bond stories. The first volume, Vargr has wrapped and a hardcover trade is also available in stores. Did you miss Father’s Day? Give Dad a belated License to Kill with Vargr!

The new storyline Eidolon will be tackling SPECTRE from a different angle than the movie just attempted to do.

Step into the world of Bond with the Fleming Estate backing the writer Warren Ellis as a show runner and let him impress you. It is also great to read a character you are familiar with and love but is not bogged down with a Marvel or DC continuity drag.

In the first issue of Eidolon comes at us with a disfigured villain, a smart accountant that Bond needs to save in LA and some double MI6 infighting that I can hardly follow (even in the movies, I’m not familiar enough with MI6 to know who is coming or going).

Eidolon features a Bond you haven’t seen before, he’s not Craig, Connery, Moore or Brosnan. The Ellis Bond is like a Batman in the right hands of a new creative team. 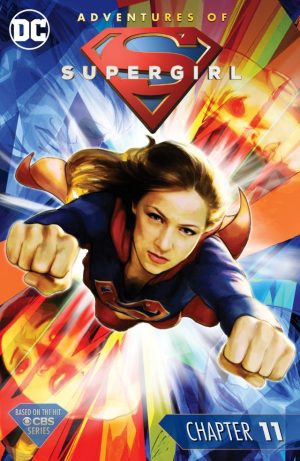 Gates continues to bring us TV worthy stories of Kara as we patiently wait for her to make a CW appearance for Season 2.

Kara’s being plagued by new enemy Facet, who has some connection with Rampage and Vril Drox and Kara’s Kryptonian past. It will be up to Supergirl to protect the one she loves from this Kryptonian!

I am really enjoying reading this book digitally, though they are printing the book now in collected floppies. Having this Supergirl title be separate from DC and Rebirth continuities gives Gates a certain freedom that you can tell he is enjoying. Adventures of Supergirl is a near perfect companion to the television series.

It makes me smile!