We certainly live in a golden age of live-action super-heroes in television. Growing up, there wasn’t much. Although The Incredible Hulk and Wonder Woman had multi-season runs and there was a single season of Spider-Man and a Saturday morning Shazam! series, none of these took place in a comic book universe.

There have been other attempts throughout the years; 1990’s The Flash, the syndicated Night Man, The Tick, and Lois & Clark, for example; no series had yet established itself as part of a a comic book universe.

Although Marvel’s Agents of S.H.I.E.L.D and Agent Carter were set within the established cinematic universe, DC has made a concerted effort to establish a television universe.

This weekend at San Diego Comic-Con International, secrets regarding what’s to come were revealed. 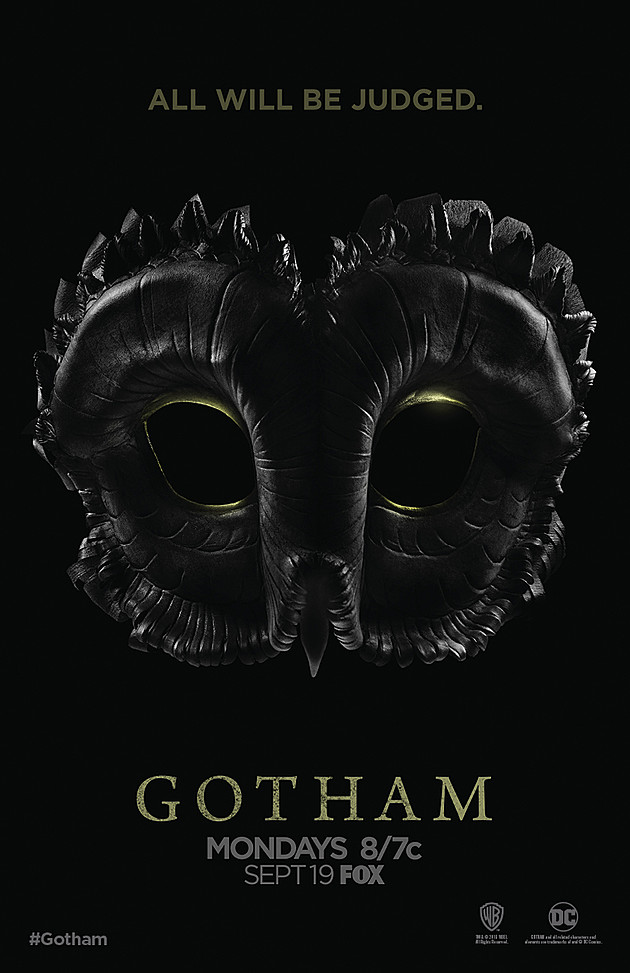 The lone DC drama not on the CW (NBC also has the mid-season comedy, Powerless), Gotham explores the early years of Bruce Wayne as he follows his path to becoming Batman.

Planned for this season is the introduction of The Court of Owls, a Gotham Secret Society with their own group of assassins, Jervis Tetch (The Mad Hatter),Tweedle Dee and Tweedle Dum, the now aged-up Poison Ivy, Valerie Vale (aunt to Bruce’s future love interest, Vicki), Solomon Grundy, the return of Fish Mooney, the possible resurrection of Jerome, and that Jim Gordon might be taking on the dual identity of an iconic DC character).

Planned for this season as the big bads are Prometheus (though not the JLA villain) and Chad L. Coleman as Tobias Church (not sure if they are one and the same).  New Team Arrow recruits include Evelyn Sharp, later Artemis (Madison McLaughlin), Renee Ramirez aka Wild Dog (Rick Gonzalez) and Curtis Holt aka Mr. Terrific (Echo Kellum).  Other DC characters appearing include Josh Segarra as the Vigilante and Joe Dinicol as Ragman.

Things will be off for some of the season as the result of Barry’s changing the timeline at the end of last season, aka Flashpoint (which will carry over a bit into the other CW series).  One of the two big bads of the season is Doctor Alchemy (voiced by Tobin Bell), the other an as of yet unrevealed speedster.  We’ll also see Wally as Kid Flash and Tom Felton joins the cast as Julian Dorn, a fellow CSI, who doesn’t trust Barry.

There wasn’t a lot of news out of SDCC regarding the once CBS-now-CW series.  Cast additions include Floriana Lima as Maggie Sawyer and Ian Gomez as Snapper Carr.  Who (or what) was in the pod in the season finale has been revealed to be actor Chris Woods who is rumored to be playing Legion of Super-Heroes character, Mon-El.  Lynda Carter will also appear as the President of the United States.

This ensemble will bring more characters into the time-traveling fold.  In addition to the Justice Society (and members Hourman, Stargirl, Obsidian, Dr. Mid-Nite, Commander Steel and Vixen), Arrow star Stephen Amell will appear in the season premiere and Johnathan Schaech will reprise his role as Jonah Hex later the season. Also debuting in Legends of Tomorrow will be the villainous Legion of Doom, consisting of Malcolm Merlyn (John Barrowman), Damien Darhk (Neal McDonough), the Reverse-Flash (Matt Letscher) and Captain Cold (Wentworth Miller).

Previously announced were contracts for several actors to appear across all series. Already announced were Barrowman, Miller and John Wesley Shipp, and now a similar contract has been signed for McDonough and Katie Cassidy. Rumored to have a similar deal in the works is Matt Ryan who would reprise his role as John Constantine.