This edition of Graphic Breakdown will focus on four books that just wowed me recently. 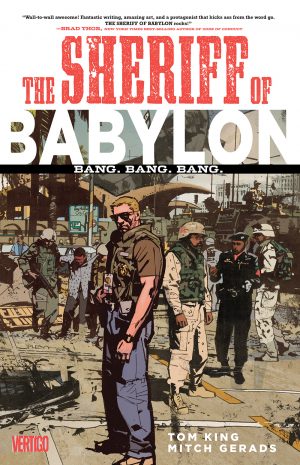 I have been hearing a lot about this series. I was excited to read it…and then I read Tom King’s Batman issues and I got concerned.

The Batman issues are okay at best thus far. So it was with less enthusiasm that I started reading this.

And boy, was I blown away. It’s as good as people are saying, maybe even better.

The series takes place in Baghdad in 2003. It focuses on Chris Henry who is an officer turned military contractor who is contracted to train a new Iraqi task force.

When one of the trainees winds up dead, Chris is forced to team up with Nassir, the last remaining cop in Baghdad. The details are just astonishing. King is an ex CIA agent. He knows what he’s talking about. He also knows how to write a great comic book. The details, the pacing, the sheer audacity of this comic is something to behold. I was hooked from the first panel and couldn’t put it down.

Gerads knocks it out of the park as well. His art has never been better than on this series. This is a classic in the making. I can’t say enough about it. Pick it up, read it, read it again and then give it to a friend. Then get it back quick so they don’t steal it from you. 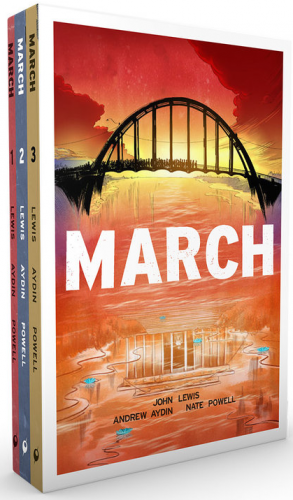 This is a Multiple Eisner winning story.

But is it any good? Hell yeah. This is a book that takes the medium of comics and does something just incredible with it.

The writing is crisp and well done and it shows the life of Congressmen John Lewis. It’s astonishing. How good is it? Well, in my opinion it should stand up on the level of Maus. It’s that good.

The series focuses on the life of Lewis as a major figure in the civil rights movement. It shows his interactions with famous figures such as Malcolm X and Martin Luther King. It also shows the events leading up to Bloody Sunday and to him receiving the Presidential Medal of Freedom from President Barack Obama.

It’s a story of granting racial freedom for African Americans for sure. But it’s also about something bigger: Humanity.

This is one of the great works in the comic book medium. Nate Powell is one of the best artists still working in the field. Everything he touches has passion, emotion, and love of the medium. He will go down as one of the true greats. Mark my words.

Pick up this book. It’s worth every penny. And once you read March, it’ll never leave you. I promise you that. 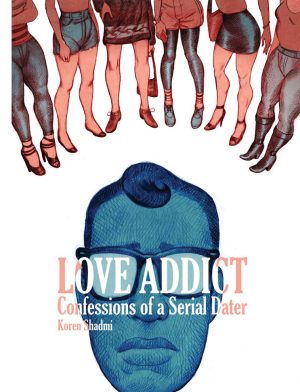 Well, Joe Matt is no longer producing comic books anymore, it seems. But that’s okay. We now have Shadmi to fill the void, so to speak.

This is quite a confessional comic. It may go a little too close to comfort for some, but hey that’s part of the fun.

After a breakup, “K” is reeling. He goes on a dating website called Lovebug and start dating. And dating some more.

Finally, he is dating like crazy. His life is falling apart as he does. Then it starts getting really dark.

This book is not for everyone. But it is a fantastic, honest look that is funny, sweet and utterly disturbing. It sometimes hurts to read it, hurts to look at it. But it’s completely compelling with a lot of truth to it.

Read this book and maybe squint a little bit while reading it…and who knows? Some of these things may have happened to you. I wouldn’t be surprised. 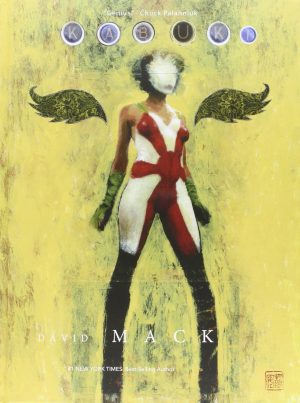 This is the entirety of David Mack’s epic series Kabuki. This starts from the early publications to the very end with tons of bonus features. This is sure to please longtime fans and new readers as well.

It is quite a story Mack has created one hell of a groundbreaking work with this.

The story here is takes place in an alternate near future in Japan. An agent named Kabuki is a television personality and also the law enforcement. It seems like a simple premise but it gets incredibly complex. It gets so complex in fact, the art changes as the story goes along. And the storytelling changes.

As Mack advanced in his craft you can see unique and fantastic new ways of telling a story in the comic book medium. It’s something else.

Part of the fun is seeing Mack’s development as a creator in this. Part of the other fun is seeing how he opens up worlds, how he develops them and how he shows us there is still always new ground to cover and to imagine up in this crazy medium we call comic books.