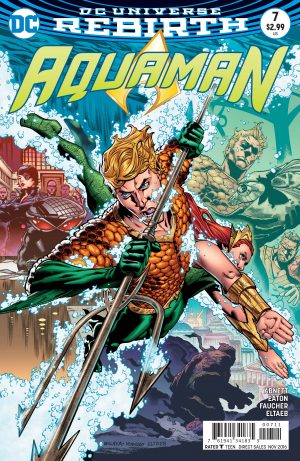 After last months fantastic issue, we get a fairly decent follow up. I enjoyed it enough and quite liked the artwork. I just wish it was more consistent.

At first I thought the book was suffering due to Dan Abnett’s writing. That doesn’t seem to be the case anymore. Abnett has found a groove and while it’s not top level comics, it works enough to be entertaining.

I wish they can keep an artist on this title for more than one issue (Brad Walker please). Even so, Eaton does some amazing work. It well drawn and regal almost. It’s just so inconsistent with the previous issue that it’s hard to have any rhythm. Especially from issue to issue. Consistency. This book would be better for it. Without it, they are just swimming against the tide. 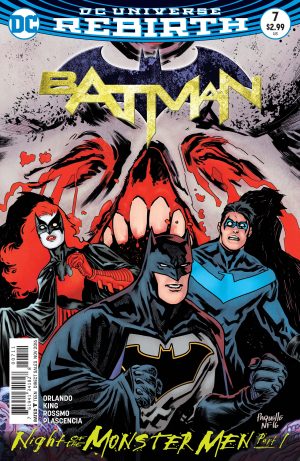 It’s no secret that I think Tom King has had a slump in the first six Batman issues he wrote. So it was without much enthusiasm I picked up this issue.

And I kind of loved it.

Steve Orlando is a fine writer and he has a good handle on Batman. This is the first of his crossover story “Night of The Monster Men.” And it’s nutty. I like nutty!

Batman teams up with Nightwing and Batwoman in this issue to investigate strange happening in Gotham.

Orlando is a good writer, and he knows Batman and the characters around him pretty well. And Rossmo is a frenetic artist who can tell a great story in a unique way. I love his Batman work. I love all of his work! But he sings on Batman. Put these two creators on a monthly Batman. Maybe even one that got relaunched on the wrong foot? 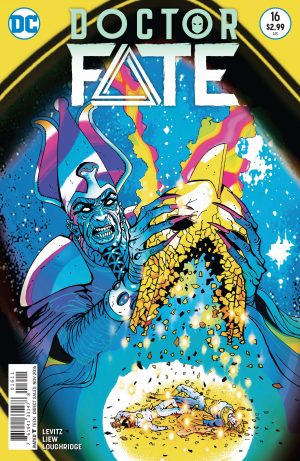 I have never read Doctor Fate. I tried. Could never get into him. Thus picking up Dr. Fate #16, I have to say I have no idea what the heck was going on.

That being said Paul Levitz is a classic writer. Even if I didn’t get everything Levitz knows how to write a story. And he does that here. He has always written solid stories. Reading this he always will.

The art is pretty good too. Again, I am not a fan of the character. But these two made it worth it. They created a book I wouldn’t read if I wasn’t reviewing…but since I am I give these guys respect.

They know what they’re doing. 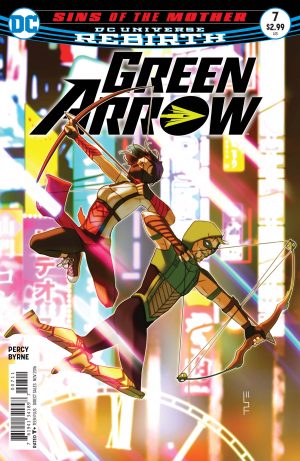 Green Arrow is one of those books that makes me want to scream. Loudly.

What started off so promising is a book I barely care about with characters that seem familiar but aren’t the characters I grew up loving.

Part of the blame is Percy. He’s a decent writer but it may be time to call it a day. I feel like we are going nowhere with him. The art by Byrne is so far removed from what I enjoy, it’s very distracting.

Oliver and his cast work so well with the right treatment. This is getting further and further away from that.Instead, we are getting stories we don’t care about and will remember. And that’s a shame. 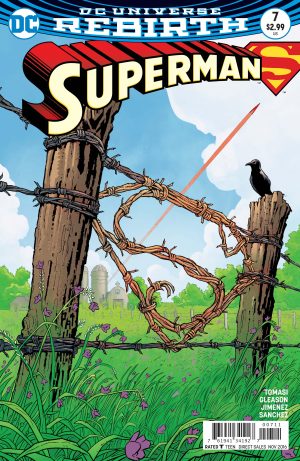 The epilogue of “Son of Superman.”

It asks the question, does Superman get a day off?

Or can he take one?

The answer is fairly lifeless.

But hey,  maybe the next arc will be better.

The writing is pretty standard and the art isn’t too bad. It’s just a filler issue. I will use this time to say I hope the next art is better than the last one which felt untrue and rushed.

The creators certainly are talented enough.  I think they have a great story in them. Let’s see that. 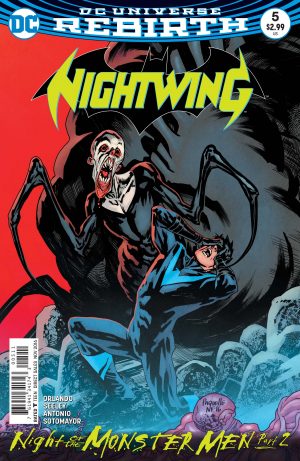 Part two of “Night of The Monster Men”!

I got to this in my pile and I got excited! Steve Orlando!

Nuttiness! I am in!

The art isn’t as good as the first part but it’s good enough.

Pick up this crossover. It’s a good fall event. 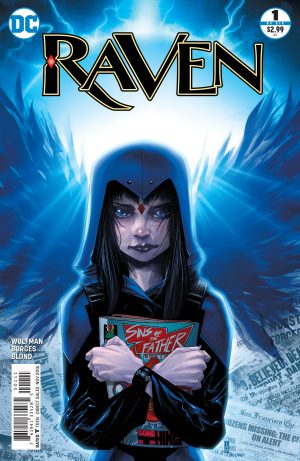 One of the nicest and most talented writers to ever be in the business, Marv hasn’t been writing as much as I would like in recent years.

And then this comes down the line. And man, is it good.

In this issue Raven decides to take a break from the Teen Titans after a recent tragedy. She tries to fit in with some family. And the results are both funny, sweet and emotional.

Wolfman crafts a classic story showing he’s still got it. It’s great. And the art is wonderful. This is a good book. Pick it up. I was as surprised as anyone. Recommended.

Harley Quinn #4
Written by Amanda Conner and Jimmy Palmiotti
Illustrated by Joe Michael Linsner
A surprise this week mostly for the contribution of Linsner. Very fun (even though he has done better work.) And it really entertained in a way I wasn’t expecting. Keep up the good work!
RATING: B+

Justice League # 5
Written by Bryan Hitch
Illustrated by Tony Daniel
Dazzling artwork by Daniel. The story is so lackluster and lifeless that even the art can’t save it. Steve Orlando please.
RATING: C

Green Lanterns #7
Written by Sam Humprhies
Illustrated by Ronan Cliquet
A very real threat is looming for the characters in this title: How soon until it gets canceled? The race is on!
RATING: C

Trinity #1
Written and Illustrated by Francis Manapul
A title focused on Batman, Superman, and Wonder Woman. Manapul’s heart is in the right place, but it fails to thrill or be even remotely relevant. Bring back the Watchmen invading the DC universe story! Give us more of that!
RATING: C+