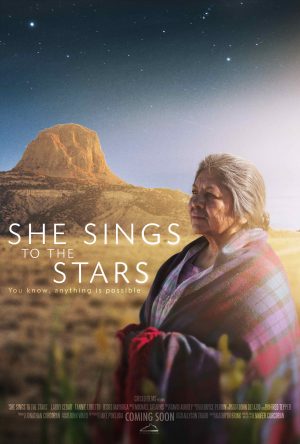 One thing that I am truly grateful for in this modern age of independent filmmaking is the consistent high quality of cinematography that was wildly inconsistent back in the wild world of indie cinema that existed in decades past.

I can think of some of the smaller films that I adore from my youth such as Barbara Loden’s debut feature, Wanda, and Lianna, John Sayles’ groundbreaking LGBT film, that are exceptionally well acted and scripted but occasionally lose a small amount of impact due to poor film stock and camerawork.

Despite these fairly trivial visual issues, both Wanda and Lianna remain seminal works due to their creators’ commitment to finding the right (and by right, not necessarily “bankable”) actors for their respective leads and by writing dialog that works to further the development of the films’ main characters. With the advent of digital filmmaking, with its more affordable, yet technically advanced cameras and recording medium, we are clearly seeing a noticeable improvement in visuals, but the hope I once had that this superior technology would transfer budgetary concerns into more time spent on script and performance is not the reality.

The digital revolution has indeed resulted in more films being independently produced than ever before, but overall it seems that we have just upgraded our visuals, which for many directors is good enough to advance a project even with a poorly crafted script and subpar acting, and such is the case with director Jennifer Corcoran’s debut feature film, She Sings to the Stars.

There was clearly a strong commitment to image by director Corcoran and cinematographer, John DeFazio, in She Sings to the Stars, as they fully utilize the natural beauty of the New Mexico landscape to its fullest. It is easily one of the most impressively lensed independent films that I have seen in some time. Unfortunately the outcome is a rather lopsided experience, as the poorly scripted dialog, perspectives, and overall weak performances from two of the three leads become even more glaring against the impressive imagery.

The intended focus of the story seems to be (and should be) on Mabel (Fannie Loretto), a Native American woman who lives alone in her one room desert home and subsists from her cornfield, which is in trouble due to an extended drought brought by a lack of rain and an usurping of the water from the area brought on by unscrupulous coal mining.

Given the recent events of Cannon Ball, North Dakota, where Native Americans have been protesting since April in an effort to stop the construction of the Dakota Access Pipeline under their reservation lands, Mabel’s plight becomes even more compelling. Mabel’s only assistance comes in the form of her only grandson, Third (Jesus Mayorga), a wannabe dancer with dreams of making it big in Los Angeles, who brings Mabel gallons of water but is also selling his grandmother’s only prized possessions, a set of rare tribal figures, to help her with daily expenses. Mabel is soon visited by an aging Los Angeles magician named Lyle (Larry Cedar), who comes to her home searching for water for his failing radiator only shortly after a scene in which Lyle tricks her only family, Third, out of twenty dollars in gas.

Mabel informs Lyle that she is without water but that her grandson will be bringing some by in the morning, which prompts Lyle to spend the night in his car so that he can get going the next day to his only gig. When Lyle awakens the next day, Mabel invites the ramshackle magician to her home for coffee and conversation. Once there, Lyle performs his magic act as a form of gratitude, losing his bunny Alvin in the process, while Mabel explains her personal Native American experience to Lyle, to which he responds with assumptions and language about her people that carry a kind racial ignorance that is more indicative of clueless businessman of the 1950s than an entertainer living in present day, left-leaning Los Angeles. Shortly after that exchange, Third stops by Mabel’s to bring her much needed water and discovers Lyle, whom Third demands money from for the gasoline that he was conned out of the night before. After a slight skirmish between the men, Third leaves to sell Mabel’s tribal dolls but is bitten by a rattlesnake right outside of his grandmother’s home. As Third is injured and unable to leave due to the DUI device in his car, the three are now forced to share the space until Third can regain his strength from the effect of the venom.

She Sings to the Stars appears to be set up with Mabel as the main focus of the narrative.  Mabel represents a natural world that has been exploited by not only the white man but also her own people through their desire to become part of the modern world that has betrayed them in the past, and for this reason, I cannot understand why a predominance of the screentime is devoted to the character of Lyle. We see Lyle’s character progress from one who is obsessed with present and financial reward into someone who gains an understanding of the necessity of honoring the timeless nature of things, but giving Lyle the predominance of the dialog (most of it being poorly written and performed by the veteran actor) subverts what should be the central character of She Sings to the Stars.

Fannie Loretto does as good as job as she can given the limited and mostly clumsy dialog that she is given to work with for the character of Mabel, but the relegation of Mabel to smallest percent of a three-person cast diminishes her to the point that her experience becomes similar in importance to that of Doctor Joel Fleischman’s secretary, Marliyn, from the 1990s television comedy drama, Northern Exposure.

Simply put, Mabel is reduced to playing the novelty Native American guide for the clueless city boy in a way similar to Joel’s Marilyn. As I have broached the subject of Northern Exposure, I always prefered the episodes of that program that involved Marilyn and the customs her tribe, as opposed those episodes that feature Joel’s exploits as he navigates through Native American customs. It is for that same reason that I would have preferred to go deeper into Mabel’s thought process and to hear her opinions of the state of the natural world as she sees it. Do we even know what tribe Mabel represents? This is not a small detail, and Corcoran completely sidesteps it. Kachina dolls are made by the Zuni and Hopi tribes, but I had to look that up after watching the film. Were the Zuni and Hopi tribes sent to Los Angeles from this region of the Southwest? This is something more important to address in the narrative than just another shot of a desert sunset.

For generations, the Native American experience has been interpreted from the perspective of characters like Lyle, and given that Lyle is such a poorly drawn and executed character, She Sings to the Stars, does more harm than good as it plays out like a more cinematic episode of a 1970s American television show: one that is seemingly well-intentioned but is just as misguided about the exploitation of nature and the plight of Native Americans, who are still being affected by that exploitation to this day.

In the end, I would rather see a film that was less beautiful to look at but gives me a greater empathy for the people and the place that they call home.

She Sings to the Stars recently screened at the 2016 Portland Film Festival
For more details visit shesingstothestars.com